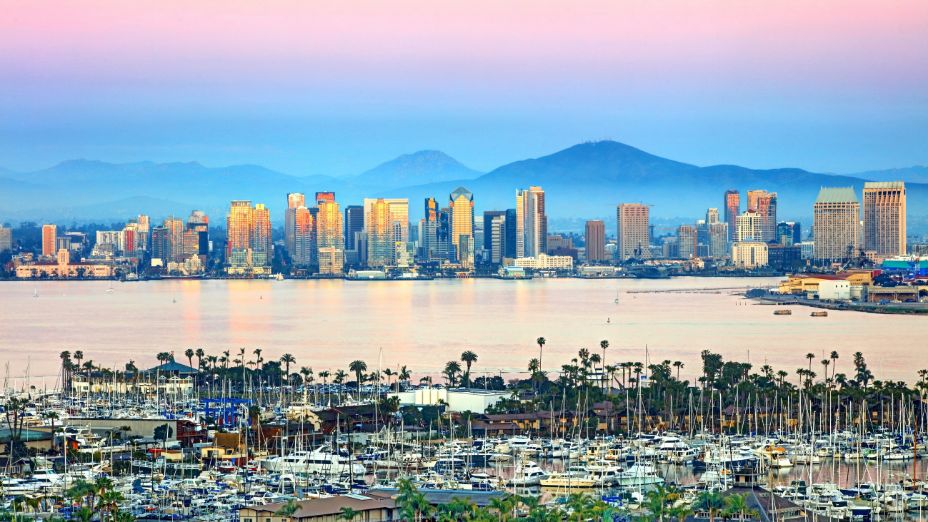 What Is San Diego, California Known For?

San Diego is a strategically located destination offering 70 miles of exquisite coastline and excellent weather all year round. However, that’s not all there is to the city, as it is known for much, much more. What else is it known for?

San Diego is known for its idyllic warm climate. It is the second-most populated city in California and has garnered worldwide attention for its sand and surf along with its parks and cultural attractions. The mexican cuisine on offer is a favorite amongst sun-seekers trooping to the city.

If you wish to discover why people flock to San Diego, read on. This article will discuss some of the city’s most well-known attractions and explain why it’s considered the birthplace of California. 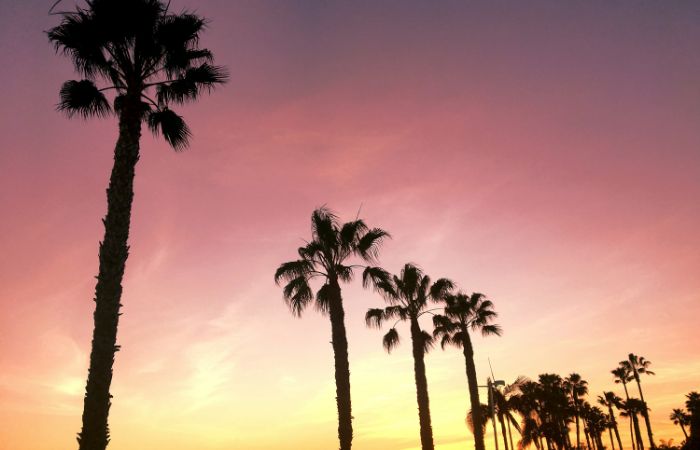 The climate is spring-like in San Diego year-round.

The winters are mild with a little bit of rain. Temperatures rarely drop below 45°F (7°C), and San Diego seldom gets snow.

Average high temperatures in the summer months range from 67-76°F (19-24°C), with very little rain. A phenomenon called May Gray and June Gloom brings in a morning mist that usually clears in the afternoon during those months.

But don’t worry too much about a little fog because it’s not cold and there isn’t much rain. Because of this, hotel prices don’t usually spike until July.

Rain only falls around 43 days of the entire year, and annual precipitation is just 10.34” (25.4 cm). With almost 3,000 hours of sunshine annually, the climate is enchanting. 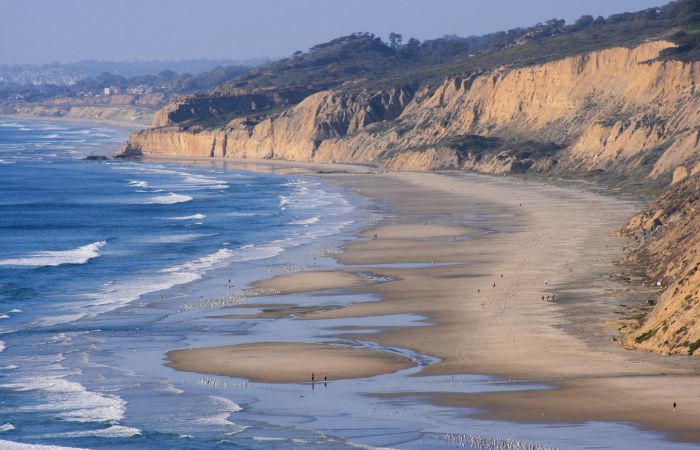 The Sand and Surf of San Diego

With 17 miles (27.3 km) of unspoiled coastline, this city is a beachgoer’s dream. It has many great beaches and water activities to choose from. Let’s take a closer look at some of the favorite beaches of San Diego.

Breathtakingly beautiful, this small beach is surrounded by incredible sandstone cliffs within the San Diego La Jolla Underwater Park Ecological Reserve. On the northeastern side of Ellen Browning Scripps Park, beachgoers can walk along the bluffs, stroll the boardwalk, or wander the sandy shore.

The beach usually has a small surf in the summer, and the water’s visibility can reach up to 30 ft (9 m), which makes it a popular destination for swimmers (including families with small children), snorkelers, and scuba divers.

You are likely to spot some sea lions hanging out on this beach, but don’t approach them. Instead, you can photograph them from the beach or boardwalk.

You can also explore the protected sea life while in the water.

The good visibility makes it possible for snorkelers and divers to get a splendid view of many kinds of marine life, including sea stars and guitarfish. You might even spot a Leopard Shark, but don’t panic because they won’t hurt you. 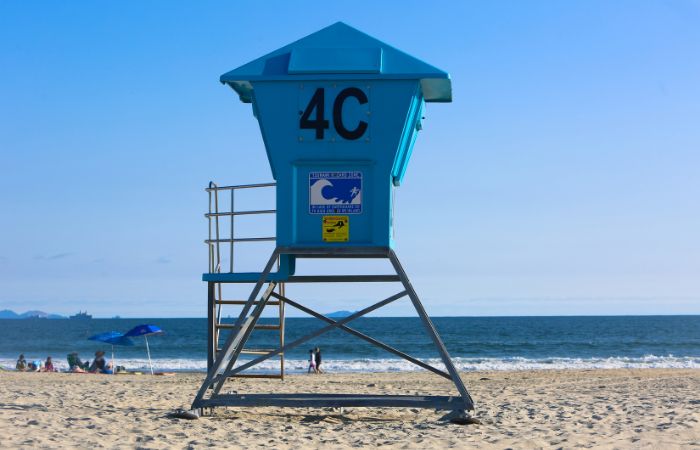 La Jolla Shores Beach is a glorious spot for your entire family, and it is a mile long with a wide swath of sand and gentle waves. There’s plenty of space to play volleyball, toss frisbees, and build castles in the sand.

At night, you can toast marshmallows over one of the fire pits on the beach.

Located next to the San Diego La Jolla Underwater Park Ecological Reserve, this bit of ocean has plenty of marine plants and animals to observe when swimming, snorkeling, and scuba diving.

If you’ve always wanted to try scuba diving, but have never learned, there are novice classes right on the beach.

Perfect waves and a sand bottom make La Jolla Shores a favorite destination for novice and experienced surfers. If you have never tried to ride the waves, there is even a surfing academy that gives lessons on this beach.

Kayaking is also very popular at this location. You can take a kayak tour of the La Jolla sea caves or rent equipment to paddle around and observe the marine life and caves. 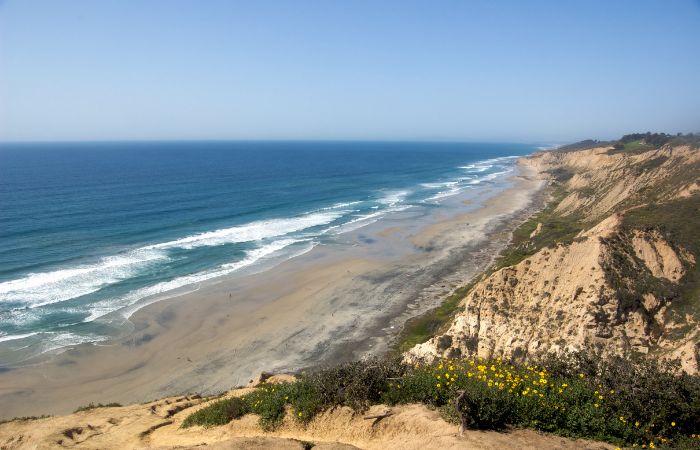 Beneath magnificent 300 ft (91 m) cliffs, Black’s Beach is secluded and has a clothing-optional section. You can often see hang gliders and paragliders taking off from the Torrey Pines Gliderport on the cliffs above.

The waves here are popular with experienced surfers, and the various trails leading to the beach provide an adventurous hike.

Lifeguards patrol each of the beaches mentioned above, but less experienced swimmers or children should try to stay close to the shore because this is the open ocean. There are serious risks of tidal currents pulling you out to the open ocean or being sucked under the water.

If you get stuck in a riptide don’t try to swim to the shore instead, swim along the shore until you can get out of the current.

For more information about these beaches, check out this website. 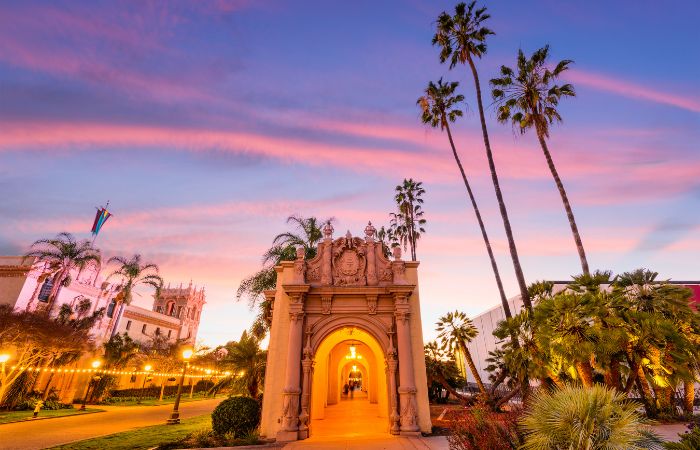 Year-round warm weather allows plenty of time to meander through the numerous beautiful parks in San Diego. I will give you a sampling of a few of the most popular ones below. Below are some of the city’s most popular parks enjoyed by locals and visitors alike.

Balboa Park is a 1,200 acre (4.8 sq. km.) piece of land that was renamed in 1915 after the Spanish explorer Vasco Núñez de Balboa. The park appears not only on the roster of Great Places in America, but also holds the status of National Historic Landmark, and has since 1977.

With lush gardens, forests, historical architecture, playgrounds, numerous museums, and other cultural features, this park has something for everyone in your family to see and do.

There are over 17 museums in Balboa Park, and the collections range from exhibits on dinosaurs and surveys of local history to art, railroads, spacecraft, and more. 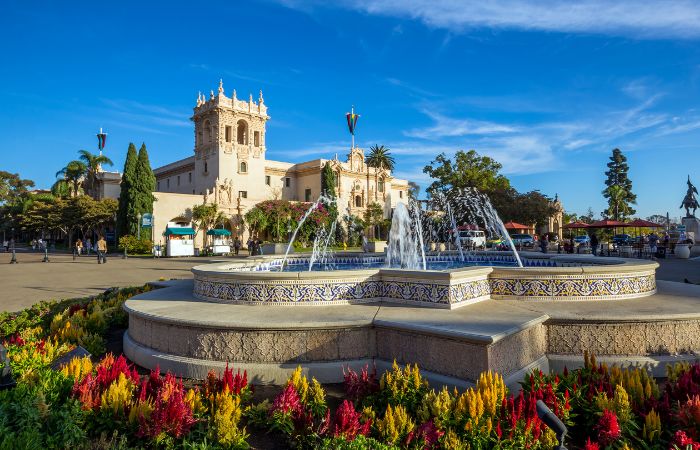 The Museum of Us, located on the Kumeyaay people’s ancestral homeland, explores the cultural anthropology of multiple civilizations from various perspectives. This museum has been a favorite of both locals and tourists for many generations.

Perhaps you’d like to stroll through the unique gardens that run from one end of the park to the other.

You can choose to visit floral gardens, desert gardens, indigenous plant gardens, and more. Relax under a century-old tree, smell the roses, or enjoy a picnic in one of the many landscapes.

For more information about Balboa Park in San Diego, check out their website. 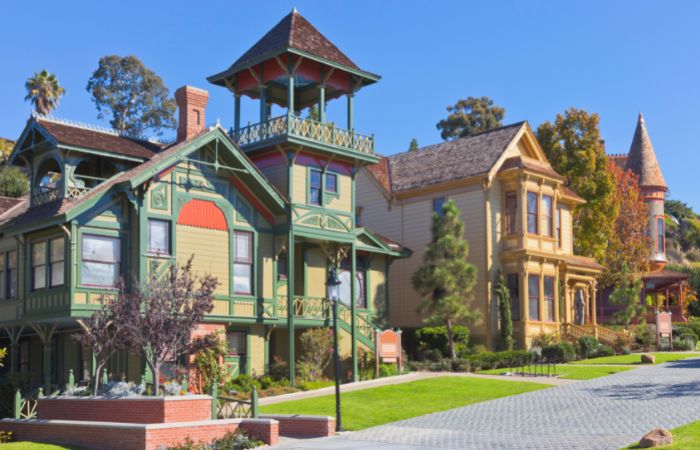 Old Town San Diego is the site of the first Spanish settlement in California, which is the reason some people refer to San Diego as the birthplace of the state.

This park is a living history museum with historic buildings dating back to the 19th century. There are live re-enactments at the old blacksmith shop, and a reconstructed stable and livery displaying antique horse carriages and wagons.

You can even learn about mining, banking, and stagecoach travel back in the old days with a visit to the Wells Fargo Museum.

The oldest adobe mansion in California, the Casa de Estudillo, is located in Old Town State Historic Park. Built in 1827, it was considered one of the finest homes. 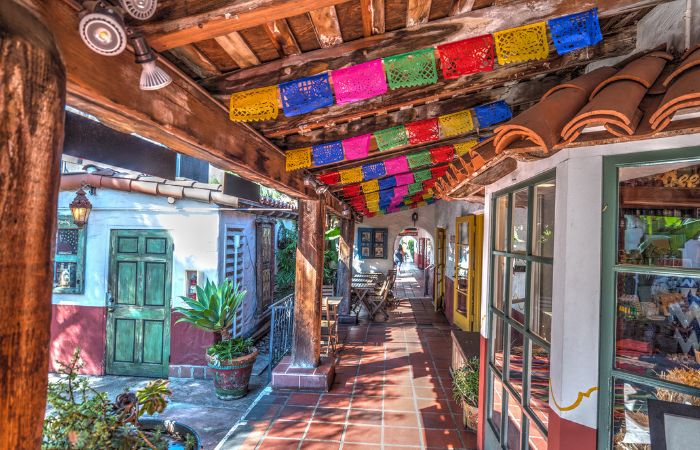 The Mason Street Schoolhouse, built in 1855, was the first public school in San Diego and currently displays vintage desks on display.

Originally built as a home in 1850, the Little Adobe Chapel was converted to a church in 1858, and then it was bulldozed in the 1930s. It was rebuilt in 1937 by the WPA and currently has the original tabernacle and altar as well as some original pews and doors.

Many of the city’s founding fathers’ graves are found in El Campo Santo Cemetery, the area’s first Catholic graveyard.

Admission is free of charge to the Old Town State Historic Park and its individual museums. There are also street performers, annual cultural festivals, and authentic crafts and food available for purchase in the historic district.

For more information about this attraction, you can visit the San Diego park website. 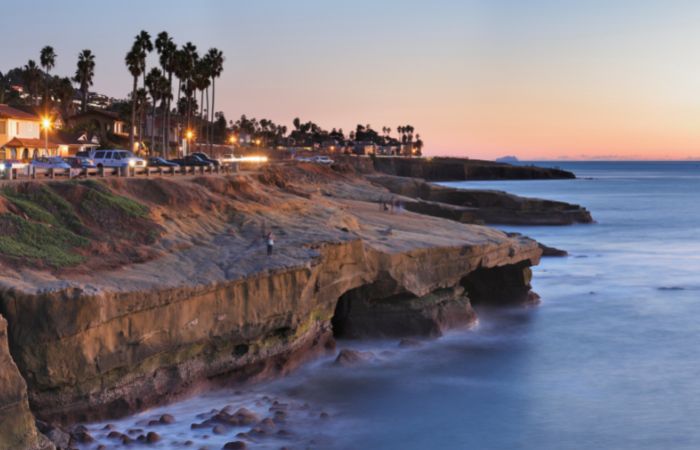 The cliffs offer spectacular ocean views and are a popular spot for photographing the sunset over the ocean. If photography isn’t your thing, you can spot migrating gray whales at the same location. The park is also an ideal location for weddings.

For more information about this park, you can visit this website. 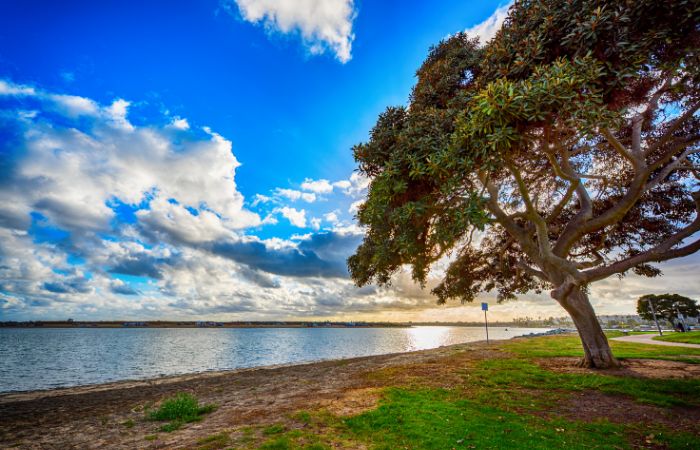 Mission Bay Park is the United States’ largest aquatic park consisting of both land and water. It is composed of over 4,235 acres (17.1 sq. km.) divided equally between the two. It has 27 miles (43.4 km) of coastline, and eight of its 19 sandy beaches have been designated official swimming areas.

This park is a favorite destination for water skiers and windsurfers. There are also boat docks and boat-launching facilities in addition to boat rentals. Landlubbers can enjoy bike rides over 14 miles (22.5 km) of trails, play volleyball, or relax with a picnic.

For more information about this park, check out this website. 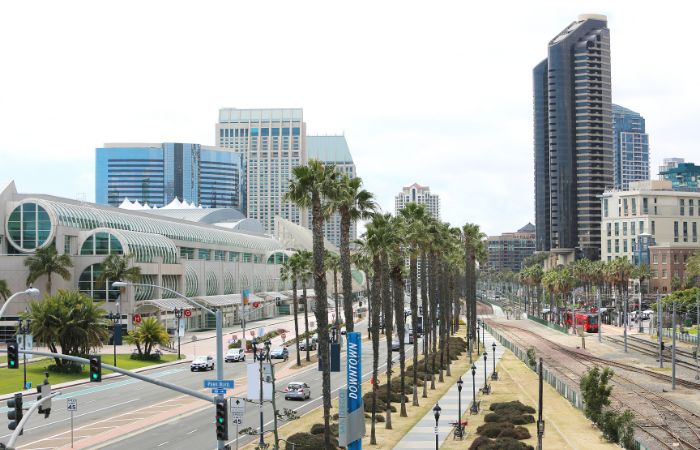 San Diego is home to many cultural attractions that are worth visiting while in town. You can go to the zoo, or visit several museums. You can also learn about the many foods invented here.

The world-renowned San Diego Zoo is in Balboa Park near downtown San Diego.

This nonprofit wildlife sanctuary has over 3,700 rare and endangered animals on its 100 acres (0.4 sq. km.). Its natural habitats, with more than 700,000 plants, are famous around the globe.

You can stroll pathways through aviaries and bioclimatic zones or take a bus tour of the zoo. The walking pathways are designed to allow you to observe the animals in as natural a setting as possible. Several special tours offered by the zoo will allow you to get up close and personal with some of the animals.

Among the wonderful animal habitats that you can view at this zoo are the Australian Outback, Polar Bear Plunge, and Elephant Odyssey.

To find out more about the zoo, you can visit their website. 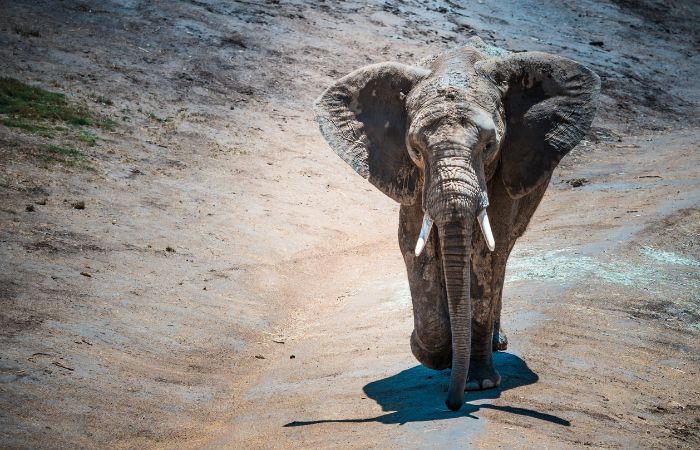 The park is an offshoot of the zoo. 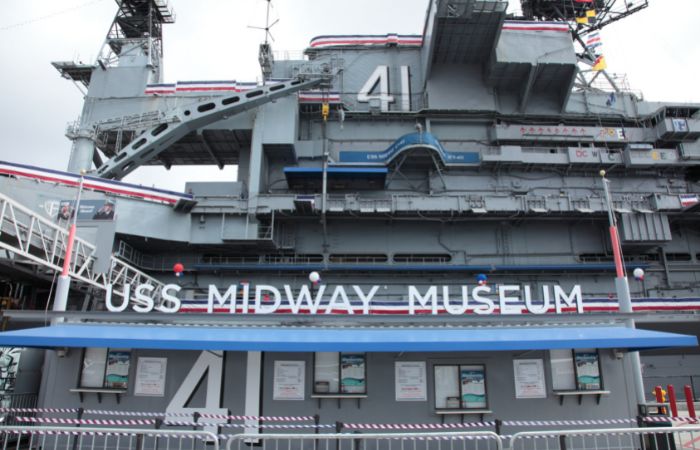 Once the longest-serving aircraft carrier of the 20th century, this ship is now the USS Midway Museum and is located in downtown San Diego.

The ship was commissioned on September 10, 1945, one week after the end of World War II. Its first combat deployment was during the Vietnam War, and it was decommissioned in 1992. In 2003, the Midway was donated to the San Diego Aircraft Carrier Museum organization and was opened as a museum in 2004.

This museum is one of the most popular attractions in San Diego.

You will see more than 20 aircraft on the Flight Deck, then tour the Bridge as well as the Cabins of the Captain and Admiral. And what young or old military buff hasn’t dreamed of climbing into the cockpits of restored WWII-era planes? You can do this at the USS Midway Museum.

For more information on this site, you can visit their website. 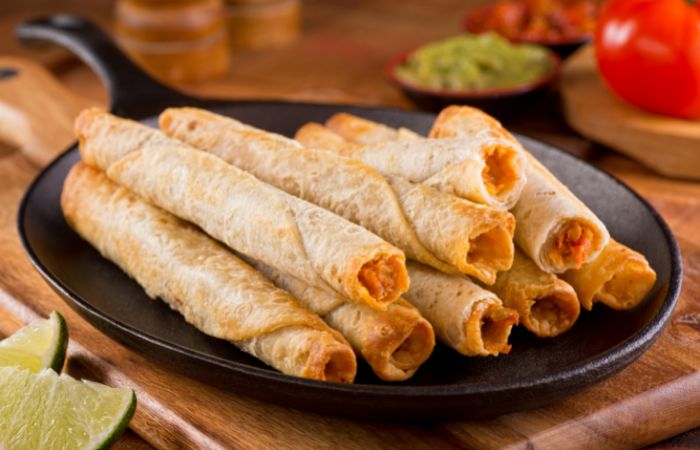 Food San Diego is Known For

San Diego is known as the birthplace of several types of food. 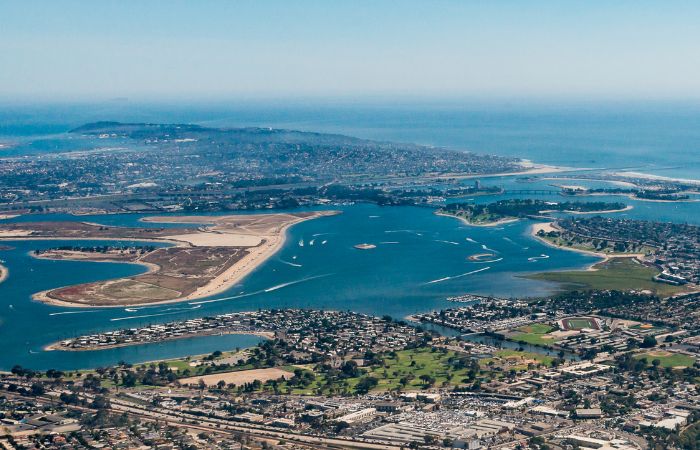 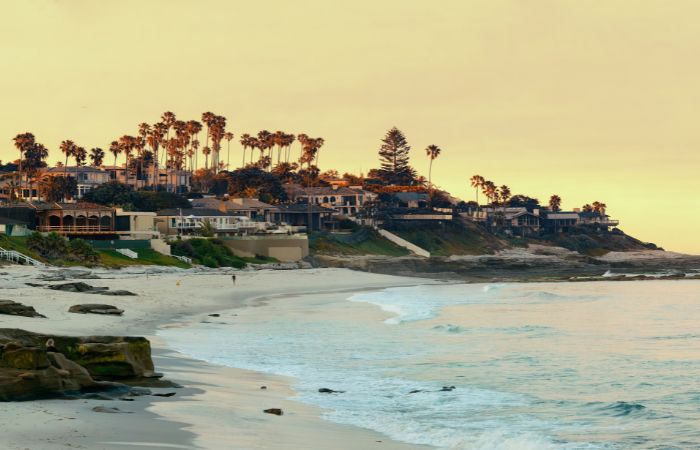 San Diego is well known for many things, from constant spring-like weather to incredible beaches and parks to cultural attractions. You are certain to find something to enjoy in this great California city.

If you’re planning a trip to San Diego, be sure to check out this travel guide on Amazon for all the best places to explore and experience the city.