Top 14 Things Baltimore is Known For & Famous For 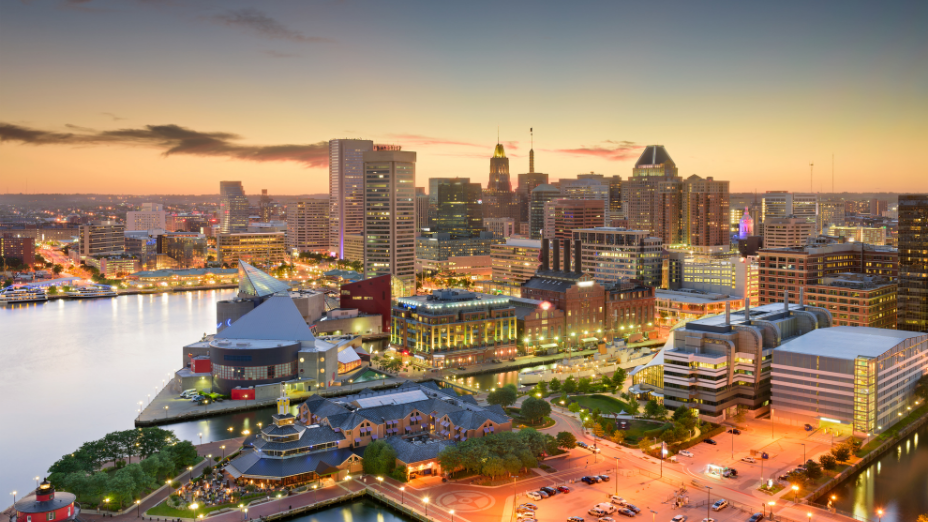 What Is Baltimore, Maryland Known For

Baltimore is the largest independent city in the United States and is not part of any county. However, the most populous city in Maryland is known for much more than simply a Jeopardy quiz question. If you’ve never been here before, there’s a lot you may not know about it!

Baltimore, Maryland, is known for being home to the Edgar Allan Poe House and Museum and the city in which he died. It is also known for Baltimore crab cakes, Lexington Market, and the Inner Harbor. Additionally, it is steeped in history and is home to the original Washington Monument.

If you’re still not sold on the importance of the city, keep reading. I’ll explore the points mentioned above in further detail and also let you in on additional facts about Baltimore you may not be aware of. 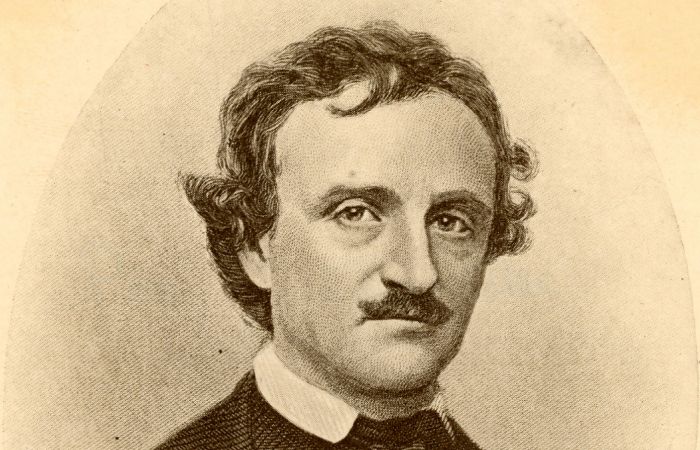 Edgar Allen Poe is one of the best-known American writers and poets of all time. His famous works include the poems The Raven and Annabel Lee, as well as numerous short stories.

Though Poe was born in Boston, he is deeply connected to Baltimore. He moved around the country a lot, and Baltimore was one of the cities where he stayed the longest.

He initially moved to Baltimore in 1829, at the age of 20. It was in this year that he published his second book of poems, Al Aaraaf, Tamerlane and Minor Poems, in the city. He left the city the following year and entered the United States Military Academy in West Point before returning to Baltimore in 1831.

Poe would travel back and forth between Baltimore and several other cities in the country, returning on several occasions. One memorable occasion was in 1835 when he applied for, and received, a license to marry his cousin, Virginia.

Virginia died in 1842 of tuberculosis, and Poe became increasingly unstable following her death.

He was found on the city’s streets on October 3rd, 1849, delirious and in need of medical assistance. He died four days later at Washington Medical College (known today as Church Home and Hospital) on October 7th.

Following his death, he was buried in the city at Westminster Hall and Burying Ground. The first known home in which he lived in the city is today known as the Edgar Allan Poe House and Museum.

The museum hosts the annual International Edgar Allan Poe Festival & Awards. Also known as Poe Fest International, it is a two-day outdoor festival held near the house to commemorate the author’s death anniversary. The home was recognized as a National Historic Landmark in 1972. 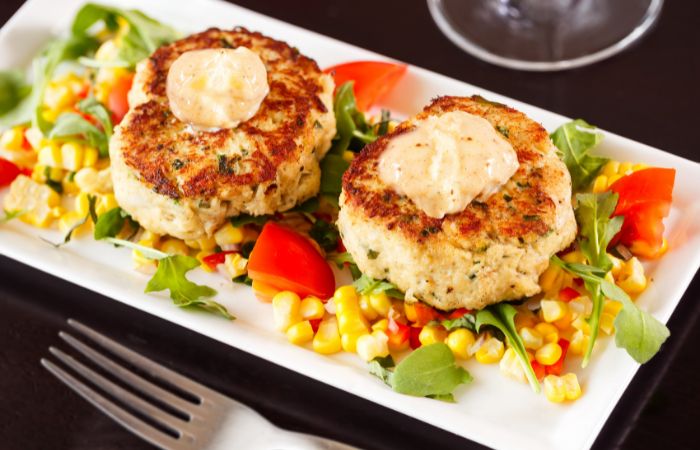 For lovers of all things seafood, Baltimore crab cakes are a must-try. They are perhaps the most popular food in the city and are a snack that you will find across most restaurants in Baltimore.

However, if you’re looking for restaurant recommendations for where you can get some of the best Baltimore crab cakes in the city, some popular options include: 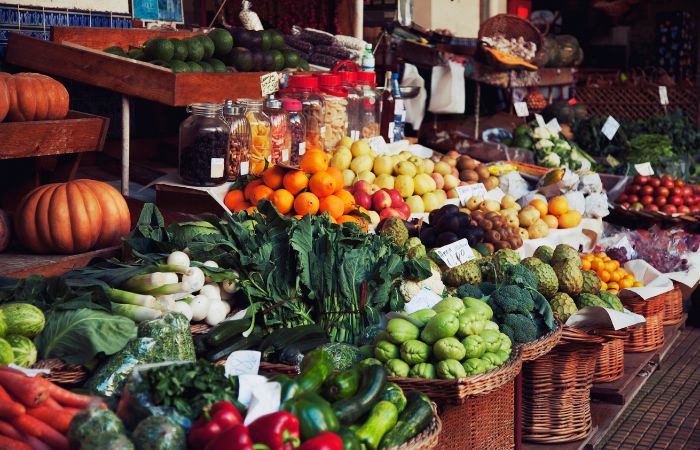 Lexington Market Is One of the Oldest Markets in the Country

Lexington Market first opened its doors to the public in 1782 and has been operating since then. This makes it one of the longest-running markets in the country and the world and is the largest market in the six-market Baltimore Public Markets system.

The market features over 40 vendors and is located in two buildings at the intersection of Lexington and Paca Streets. Some of the best-known vendors in the market include:

Aside from being popular among locals, Lexington Mrket is also a top tourist destination in the city. It was named the “Best Way to Introduce Outsiders to Baltimore” by Baltimore City Paper in 2001. 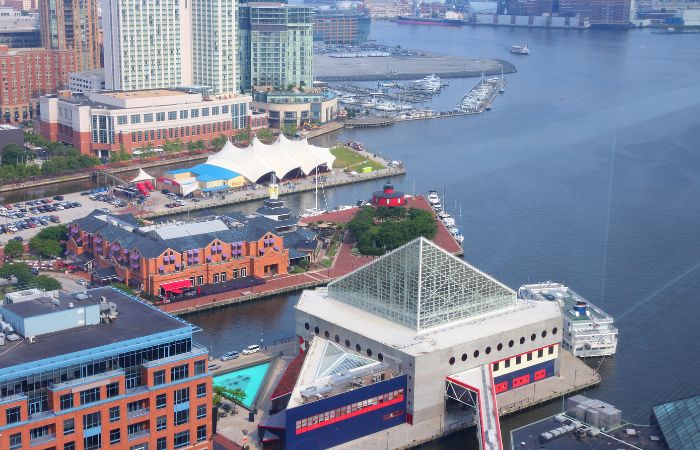 Baltimore’s Inner Harbor Made It a Major Seaport

Second only to Ellis Island in New York, Baltimore was one of the largest ports of entry for immigrants to the United States before the First World War. However, the Inner Harbor was much more than just an important port of entry into the country, as it also helped make the city a major seaport.

However, due to the shallow water in this area, this port was not suitable for heavy industry or the entry of large ships. Other ports in the city were used for these purposes instead.

The area saw a downturn following the end of the Second World War, a period that also saw the city suffer from an economic downturn. However, the waterfront was gradually redeveloped between the 1950s and the 1980s.

Today, it is home to some of the city’s major attractions, including: 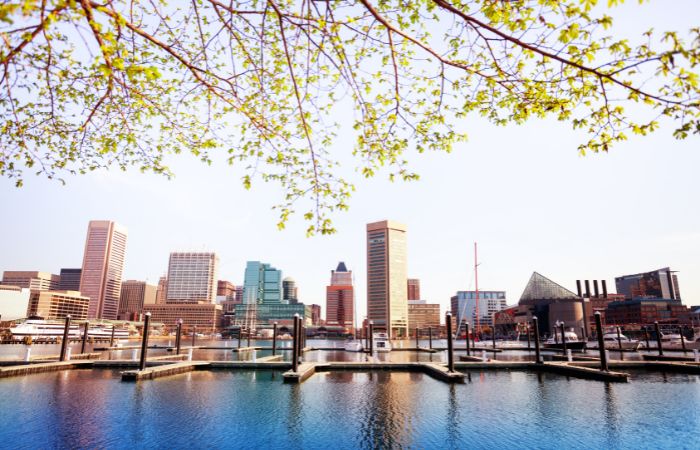 Baltimore Is Home to the Annual Artscape Festival

Held annually in the Mount Royal neighborhood in the city, Artscape is the largest free arts festival in the country. It was first held in 1982 and has since become an annual Baltimore staple.

The festival attracts over 350,000 people, and programs include everything from installations and exhibitions to literary art, visual art, and musical performances. The festival has performances from prominent musical names in the past, with significant performers including:

The City Has Its Own Dialect

If you’ve never visited the city or spoken to a Baltimore native before, be prepared to be surprised by the way native Baltimoreans speak. The city and the surrounding regions are home to a unique dialect of English.

This dialect is named after the city and is called the Baltimore dialect. It is best characterized by the way in which the long “o” vowel (such as in the words “tomato” and “total”) is pronounced – an “eh” sound is added to the word before this vowel.

The Baltimore dialect – also known as the Bawlmerese accent – is very similar to another local dialect, the Philadelphia dialect. However, it also has some Southern influences, which help distinguish it as its own unique dialect/accent. 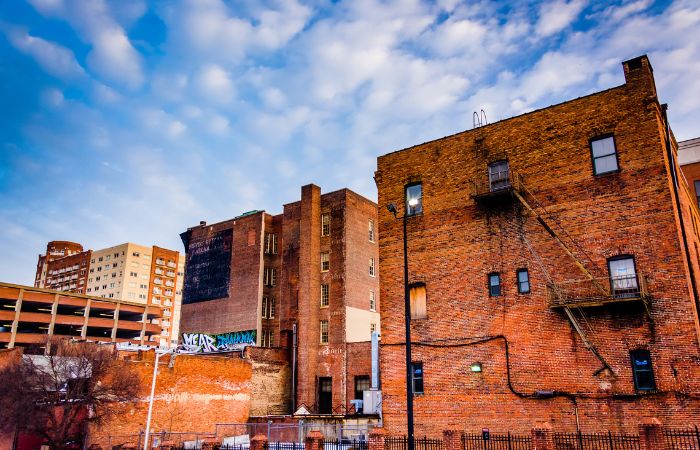 Baltimore Is Steeped in History

When you hear of the Washington Monument, what city do you think of? Probably Washington, D.C.

The monument was designed by architect Robert Mills, who would later design the better-known Washington Monument in the capital.

He also designed several other notable buildings, including:

Construction on the monument began in 1815, only 16 years after Washington’s death in 1799. The monument was completed in 1829. However, details were added to it in the 1830s, including inscriptions that documented significant events in Washington’s life.

The Washington Monument was closed in 2010 due to damage to the structure and safety concerns, and restoration started in 2014. During the restoration, the original 1815 cornerstone was rediscovered, as was a time capsule buried on the monument’s centennial in 1915.

The time capsule contained early pictures of the Declaration of Independence, a portrait of Francis Scott Key (writer of the Star-Spangled Banner), and contemporary newspapers.

The 1815 cornerstone was found with three glass jars that were stuffed with newspapers and several wrapped bundles. These bundles included the Bible, a copy of Washington’s farewell address, several copies of the Federal Gazette (including one from July 3rd, 1815, which contained a reprinting of the Declaration of Independence), 10 American coins, and more.

The artifacts from both the time capsule and the cornerstone are displayed at the Maryland Historical Society. The restoration was completed in 2015, and the monument was opened on the bicentennial of the laying of the cornerstone on July 4th, 2015.

Other historic sites in the city include:

Aside from being home to several historic sites, Baltimore is also the birthplace of several key figures in American history. These include: 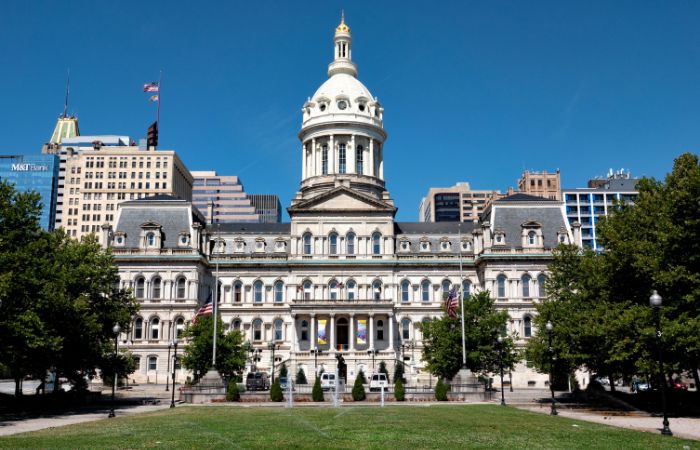 Though it is overshadowed by other cities on the East Coast like Boston and New York, it is undeniably one of the most important cities in the country, both historically and today.

If you’re planning a trip to Baltimore be sure to check out these 111 places you must not miss!