The Best Selling Items on Zazzle | Zazzle Tips for Beginners 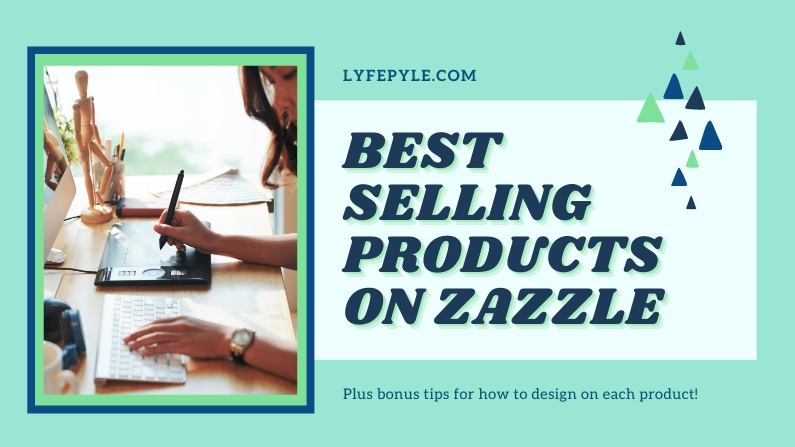 There are literally hundreds of products to put your designs on and post for sale on the Zazzle platform. It can be difficult to pick which products to devote you attention and time to. There’s an array of products that sell well on Zazzle, and depending on your design style, certain products will suit your designs better than others.

Each of these items does well in different niches and with different design styles. Below, we go more into detail on why each of these is a top seller and what type of designs do well on each product.

There are a handful of different types of paper products that sell really well on Zazzle. Mainly invitations, greeting cards, and business cards.

What makes these products so popular on Zazzle is the ability to customize the product with names, dates, addresses, and messages all on the Zazzle platform.

From birthday parties to baby showers, and wedding invitations. There’s a lot of variety in what you can come up with for invitation designs. Think rustic weddings, elegant weddings, gamer birthday parties, 1st birthdays, 2nd birthdays, and 60th birthdays. The possibilities are endless! Not to mention the matching save the dates, thank you cards, and bachelor/bachelorette party invitations.

Greeting cards covers a whole lot of different types of cards that you can send out to friends and family. Thank you cards, postcards, holiday cards, get well soon cards, sorry cards, funny cards, thinking of you cards. The list goes on!

Small businesses love to buy customizable products from Zazzle. From promotional material and merch to business cards. There are so many unique designs on Zazzle or business cards and every business owner is looking for something different in terms of size, design, and style. This is an incredibly popular product on Zazzle.

With the recent pandemic, face masks have been flying off the shelves everywhere, and Zazzle is no exception. Customers love to customize their masks to have their names or choice of words on their mask. If you are unsure of what to start designing on Zazzle, face masks are a great place to start.

Be Kind Button
by OCPartyDesigns

Buttons are incredibly popular on Zazzle, though not the biggest royalty, with enough sales they can account for a big chunk of your total royalties at the end of each month. Buttons from tons of different niches sell really well, from music lovers to animal activists. And if it’s an election year, buttons are crazy popular as people want to show support for their political party.

Buttons usually convey a message that is important to the people that are buying them, so think of something that you feel strongly about and make a button to show support for that topic!

Stickers can be very similar to buttons, with designs promoting a cause or a passion. However, stickers can also be used for small business as envelope seals or wrapping paper seals with a thank you note and the name of the business or website. Stickers can go on laptops, in agenda books, or scrapbooks. Teachers use stickers on their students’ papers and projects all the time and are always looking for fun new stickers for their students.

Fridge Magnets are another popular product on Zazzle. Think of what was on your fridge growing up, family pictures, to do lists, funny quote magnets, all of those sell well on Zazzle as well. You can make a customizable photo collage magnet that people can edit to add their own family photos or you can design magnets that have recipes or instructions on them. I know I have to look up how long eggs go in the bowling water to hard boil them every time I make them. So how about a magnet with the simple instructions to hard boil an egg?

I was a little surprised by this one myself, but ID badges are consistently on the trending page of Zazzle and they seem to sell quite well. A simple design with a photo, the first and last name, and space for occupation and company is all that is needed. Try to make your design unique, but don’t go overboard with this one, people (for the most part) want a straightforward and minimal design here.

Mugs! Honestly, mugs sell great on pretty much any print on demand platform and Zazzle is no exception. From funny quotes to elegant monogrammed designs, there’s a lot of room for new designs here.

If you have a design that sells well on other products, there’s a good chance it will sell on a mug as well.

Stamps are great for small businesses. They can be address stamps, thank you stamps, handmade stamps, or teacher stamps. There are so many options and so many unique designs to still be made in the stamp product category.

Tote bags are personally one of my favorite products to design on. And almost anything can sell well on a tote bag, from monogrammed girly designs and small business merch to activism art and political statements. Bridesmaids tote bags and baby showers also do well!

One addition to the best selling product on Zazzle is seasonal products such as wrapping paper, ornaments, stockings, and tree skirts. These all sell quite well from September to December as more people are shopping for the holiday, and they do have the potential to sell year-round as well, but those sales will likely be few and far between. Though they are seasonal products and will only sell, for the most part, for a few months out of the year, I think that it is still worth mentioning.

Hopefully, this has given you some insights into what the products that sell the most on Zazzle are as well as guidance and inspiration for which products you will be putting your designs on. Just keep at it and keep learning and the sales will come!

Want to learn more about the Zazzle platform? Check out our Zazzle Archives here.

Read How to Upload Designs Quickly to Mulitple Products on Zazzle here.

Read Tools to Help You Make Money with Print on Demand. 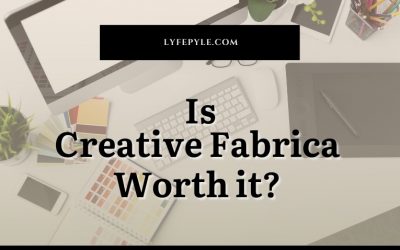 Disclaimer: This post may contain affiliate links. We may earn a small commission for purchases made through links in this post, at no extra cost to you. Is Creative Fabrica Worth it?  Whether you are selling low content books on Amazon, print on demand products on... 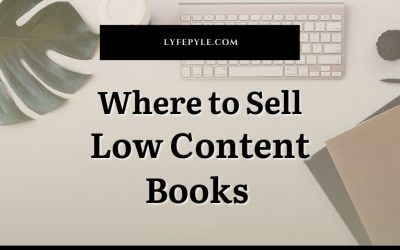 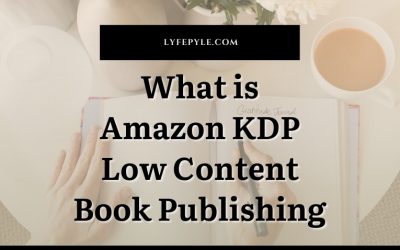 Disclaimer: This post may contain affiliate links. We may earn a small commission for purchases made through links in this post, at no extra cost to you. What is Amazon KDP Low Content Book Publishing Amazon Kindle Direct Publishing is an independent book publishing... 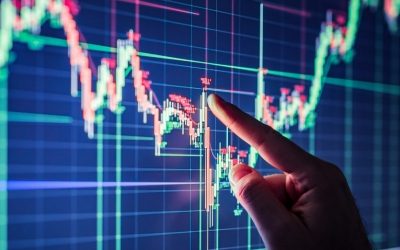 Disclaimer: This post may contain affiliate links. We may earn a small commission for purchases made through links in this post, at no extra cost to you. How Do Trading Apps Make Money Trading apps have made investing easier for the Millennial and Gen Z population.... 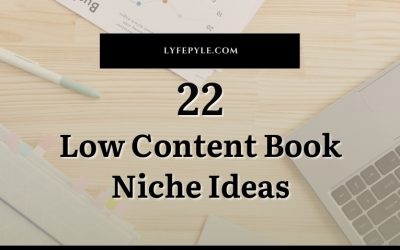 Disclaimer: This post may contain affiliate links. We may earn a small commission for purchases made through links in this post, at no extra cost to you. 22 Low Content Book Niche Ideas to Help Get You Started There are seemingly infinite niches to choose from for... 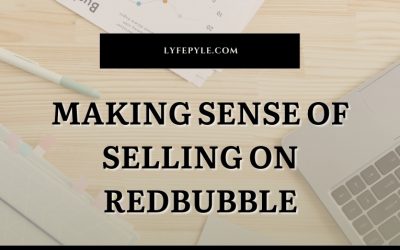 How Does RedBubble Work? Experienced Seller Tells All

How Does Redbubble Work? The Lowdown from an Experienced Seller Redbubble is a marketplace that sells print on demand products designed by individuals, independent artists, and pretty much anyone that wants to set up a store and meets the eligibility criteria. ...