Top 26 Things Birmingham is Known For & Famous For 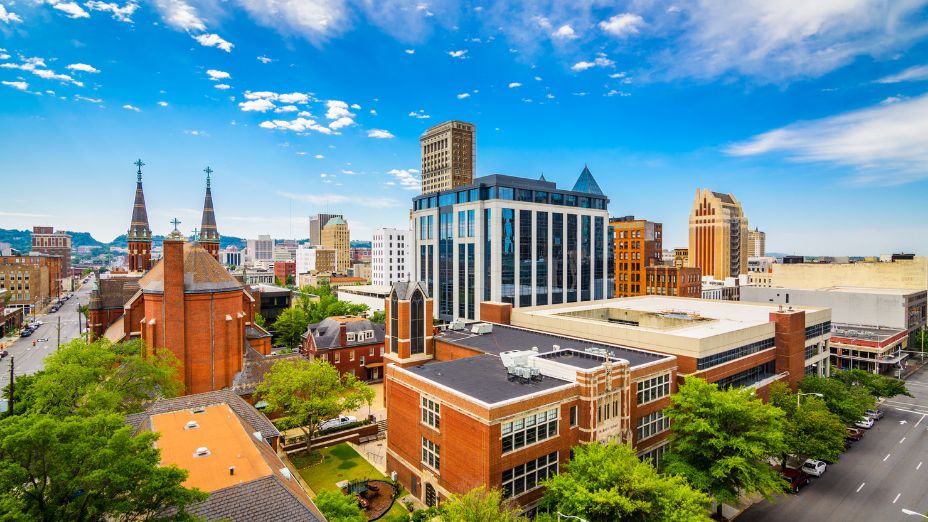 What Is Birmingham, Alabama Known For

Birmingham is the second-largest city of Alabama and the 51st most populous metropolitan area in the United States. Fondly nicknamed the Magic City, Birmingham is famous for many historical events spanning much of the 20th century, but it is also infamous for a few reasons.

Birmingham, Alabama, is known for its unparalleled role in the steel industry, phenomenal contribution to the Civil Rights Movement, and several firsts at a time when the world was only waking up to the possibilities of the Second Industrial Revolution.

The Elyton Land Company founded Birmingham as a planned city in 1871. The company’s investors wanted to replicate the success of the greatest industrial city of the 18th century, Birmingham, in the West Midlands region of England. To learn more about this rich and complex city, keep reading. 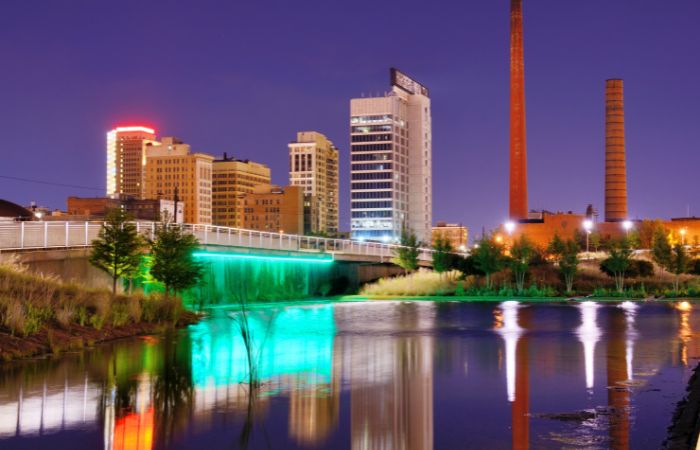 Birmingham and Its Nicknames

Birmingham has earned many nicknames since its founding.

The most notable is Magic City, followed by:

However, the city has also been called the following at different times due to topical events:

What has shone through the past 150 years is the city championing civil rights and entrepreneurship.

The original Birmingham city in England was the first manufacturing town in the modern world. Interestingly, the British town had inspired J .R. R. Tolkien’s Shire and the industrialization in the Middle Earth of his epic fantasy novels The Hobbit and The Lord of the Rings.

Birmingham, Alabama, transformed the country’s steel industry throughout the 20th century and became a hotspot for the Civil Rights Movement in the 1960s. Like its namesake city in England, Birmingham has witnessed exceptional growth and periods of relative stagnation.

The City of Vulcan

The Elyton Land Company had bankers, cotton planters, railroad entrepreneurs, traders, and landowners among its investors. While the company established Birmingham as a planned city, the region was already known for its expansive iron ore, coal, and limestone deposits.

Decades before the Sloss Furnaces, Daniel Hillman developed a bloomery forge in 1830 that Ninian Tannehill took up after the former’s untimely demise. This paved the way for what would become Tannehill Ironworks, which is a Historical State Park today.

Birmingham’s iron and steel powered the railroad expansion and several other industries.

The raw materials also played a significant role in the Civil War. Tannehill Ironworks was destroyed in 1865 after being seized by the Eighth Iowa Cavalry led by Union General James H. Wilson.

The region’s enormous iron ore, coal, and limestone deposits in proximity and the subsequent forging of steel contributed to the locals celebrating Vulcan, the Roman god of fire. The Vulcan Statue has been an iconic symbol associated with the city of Birmingham since 1904.

Let’s delve deeper into this now. 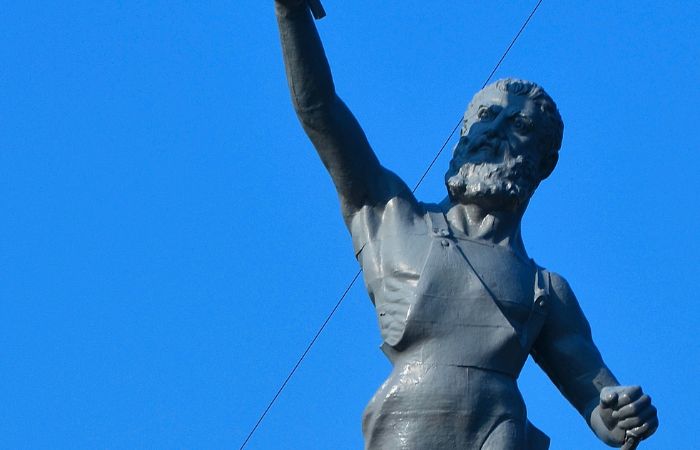 The Vulcan Park & Museum in Birmingham is dedicated to the Original Iron Man. In Roman mythology, Vulcan is the ultimate blacksmith & metalworker, forger of iron and steel, and the god of volcanoes.

He is to Rome’s folklore what Hephaestus is in Greek mythology. 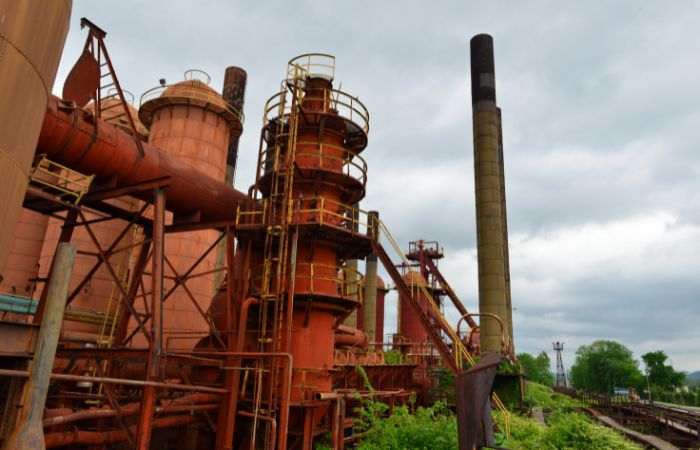 Sloss was shut in 1970 and has been a National Historic Landmark since 1981.

The Sloss Furnaces plant had a crucial role in the booming economy of Birmingham ever since the first blast in 1882. Today, it is the only preserved & restored blast furnace in the country. 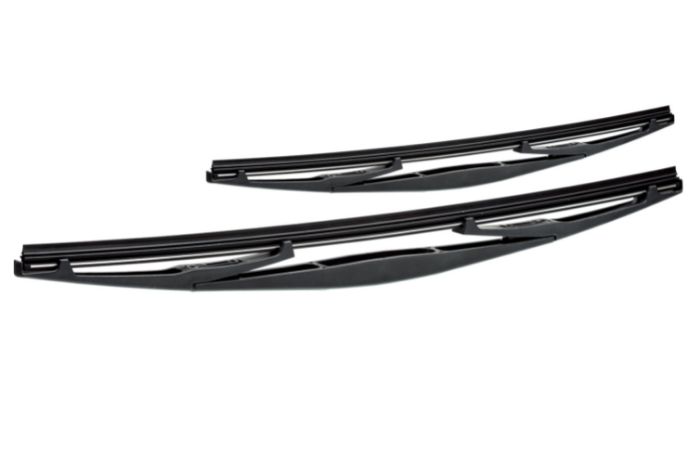 Birmingham, the city of Vulcan, championed entrepreneurship. A glorious example of this entrepreneurial culture is Mary Elizabeth Anderson, the inventor of the windshield wiper.

Anderson was neither a trained engineer nor a professional designer. Yet, she conceived the design and functionality of a window cleaning device after being stuck inside a streetcar in New York City because the driver had to clean the windshield to get the sleet off the glass.

After returning from New York City, Anderson paid a designer to make a device comprising a lever that would be inside the trolley car, and a driver could manually operate a rubber blade outside to clean the windshield.

The working model included a spring and counterweight.

Other innovators of the time tried their versions of the earliest windshield wipers. However, Anderson’s model was effective & reliable, and she received the patent for the same in 1903. Unfortunately, the 17-year patent expired before she could monetize the wiper on a grand scale. 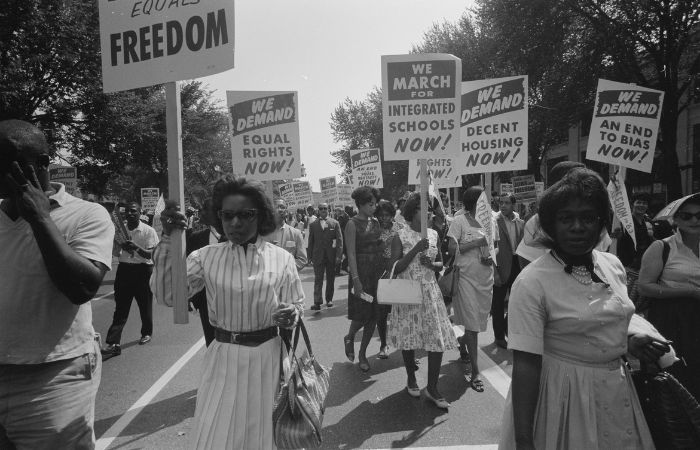 Birmingham had significant involvement in the Civil Rights Movement beyond the city’s historical landmarks and symbols of industrial glory.

The revolutionary nonviolent attempts to protest against the Jim Crow laws and advocate for desegregation were riddled with odds. Still, city-based activists like Frederick Lee Shuttlesworth had a critical role in the eventual victory.

Let’s look at this more closely. 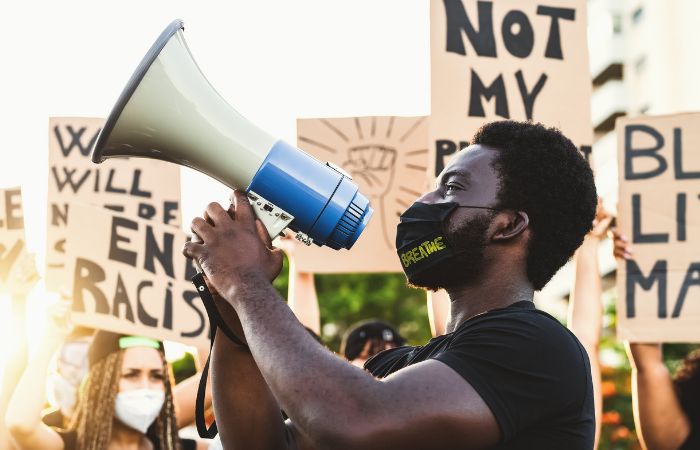 Shuttlesworth was a nonviolent civil rights activist, but he strongly believed that segregation and other acts of racism would perpetuate unless the authorities took corrective, preventive, and assertive actions.

He engaged with the political leaders, social & cultural personalities, and business owners while advocating for confrontation through Project C to actively oppose segregation. The nonviolent protests didn’t always remain so during clashes with the proponents of segregation.

Shuttlesworth was arrested for the 1963 protests as he did not have a permit for the demonstrations. He was convicted, but his appeal at the Supreme Court revoked the ruling in 1969.

Project C also led to King’s arrest, and he was held in the Birmingham jail. 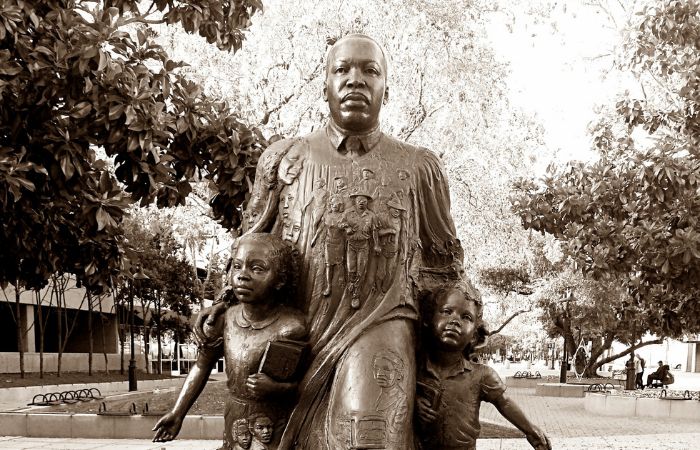 Project C was a part of the larger Birmingham Campaign in 1963.

Shuttlesworth and other activists coordinated with the Alabama Christian Movement for Human Rights, and the Southern Christian Leadership Conference’s involvement brought King to Birmingham.

The Birmingham campaign had barely begun when King was arrested on April 12, 1963. Reportedly, King was held in extreme conditions at the Birmingham jail. He wrote an open letter while in prison, which is now popularly known as the Letter from Birmingham Jail.

King’s Letter from a Birmingham Jail highlighting the people’s moral responsibility to reject unjust laws and urging against a perpetual wait for justice is regarded by historians as among the most important documents written by a modern political prisoner.

Also, the letter is the source of one of King’s more famous quotes, “Injustice anywhere is a threat to justice everywhere.”

King’s arrest and the failure of the Birmingham campaign to garner sufficient media attention led the leaders of the movement to alter their approach. Civil rights leader James Luther Bevel, along with several others, planned and launched the Children’s Crusade in May 1963.

Over 1,000 students took to the roads, met at the Sixth Street Baptist Church, and marched downtown before getting arrested at the Birmingham police lines. Hundreds of youth planned another march following the arrests.

They were forcefully stopped and clubbed by the police.

The Children’s Crusade drew widespread media attention. Newspapers published images of young students getting beaten by cops and attacked by police dogs. The brute force of the Birmingham police caused outrage nationwide and across the world.

The Children’s Crusade continued despite the violence from the authorities until the Department of Justice intervened.

King, Rosa Parks, and countless other activists championed the Civil Rights Movement. However, a few key events like the Children’s Crusade and the increasing global outrage influenced President Kennedy to endorse the federal legislation, the 1964 Civil Rights Act. 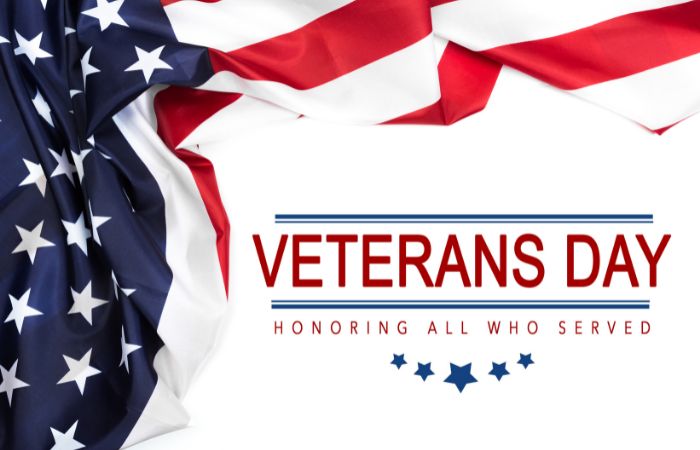 The city of Birmingham had a consequential role in America’s efforts and, by extension, the Allied Forces during World War II. Alabama’s farmers and agricultural enterprises put forth their produce for the nation and the allies.

The entrepreneurs of Birmingham ensured a faster economic recovery post-Great Depression than many other industrial towns, but then World War II posed unforeseen challenges. Around 85% of the businesses in Birmingham dedicated all their resources to wartime production.

The city’s iron and steel plants were of particular consequence.

Furthermore, there are several historical reports commending the wartime efforts of Alabamians, from infantrymen and guardsmen to aviators. In hindsight, it is perhaps only fitting that Veterans Day has its roots in Birmingham, based on the idea of World War II veteran Raymond Weeks.

Raymond Weeks thought of expanding Armistice Day, marked from World War I until World War II, to honor all the veterans, irrespective of the wars.

In 1947, President Eisenhower signed the legislation, marking November 11 as Veterans Day. President Reagan awarded Raymond Weeks the Presidential Citizenship Medal in 1982 for his thought and action. 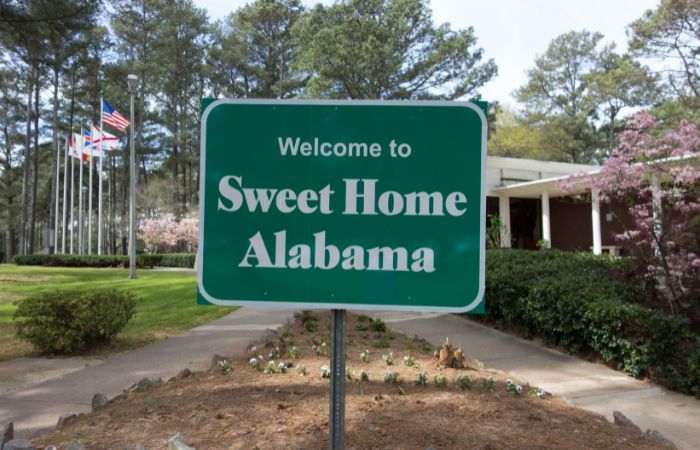 Birmingham isn’t home only to Veterans Day. The city is mentioned in the 1974 song “Sweet Home Alabama,” the highest-charting single of Lynyrd Skynyrd.

Of course, the reference to Birmingham isn’t flattering as it critiques the erstwhile public support for former Alabama Governor George Wallace. The Democrat politician was known for his populist segregationism.

Sweet Home Alabama had its share of controversies back in the day.

The lyricist & lead vocalist of the rock band, Ronnie Van Zant, took potshots at singer-songwriter Neil Young who had earlier lambasted the entire south for slavery in his song “Southern Man.” However, Young admitted that his lyrics weren’t appropriate and appreciated Zant for rightfully critiquing them.

Birmingham is no longer the industrial powerhouse it was in its heyday. The top 5 employers in the city include:

However, the city’s legacies spanning exceptional industrial growth, wartime efforts, and the Civil Rights Movement are etched in collective memory and throughout the geographical expanse of Birmingham. 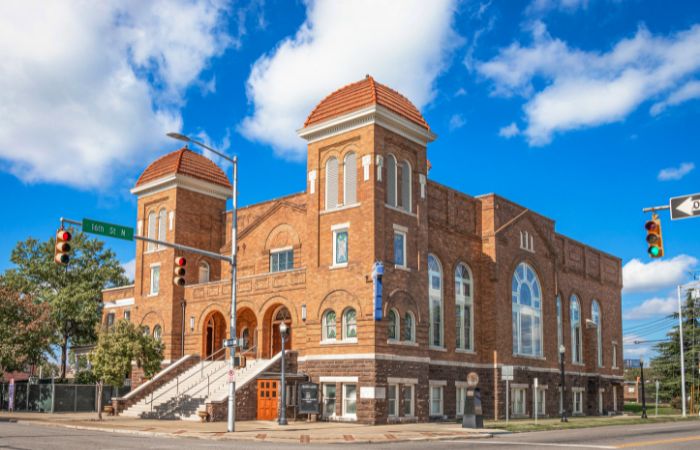 The Civil Rights District is a National Monument in Birmingham, Alabama. The downtown historic sites included in the District include:

Rickwood is among the oldest professional baseball parks in the country. It is no longer the primary venue for the Birmingham Barons but is a local icon on the National Register of Historic Places. Rickwood Field has hosted many all-time greats, from Babe Ruth to Willie Mays.

The Guinness World Records has recognized the Barber Motorsports Park and Museum for having the largest such collection on the planet. Also, Birmingham Red Mountain Park is larger than the Central Park in New York City.

Furthermore, Birmingham is known for a few famous people, such as: 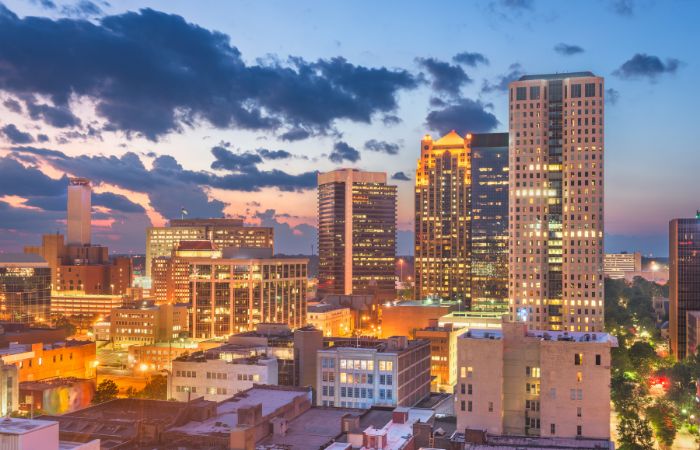 Birmingham was the largest city in Alabama and the 50th most populous metropolitan area in the country until the 2020 Census. As a part of the larger Birmingham-Hoover Metropolitan Statistical Area, Birmingham city continues to be the largest contributor to Alabama’s GDP.

If you’re interested in more of Birmingham’s history and what the city used to look like, be sure to check out Birmingham Then and Now on Amazon here.