Top 25 Things Birmingham is Known For & Famous For 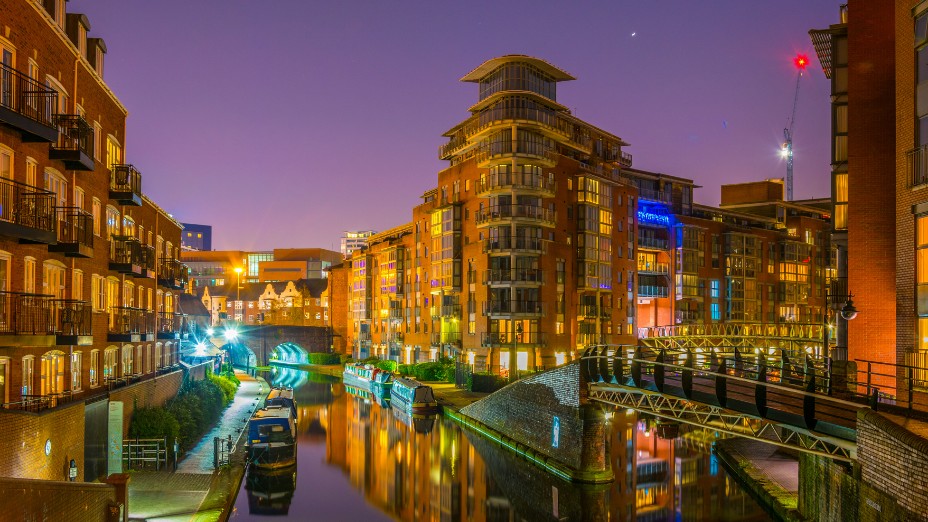 What Is Birmingham Known for & Famous For

Whether you want to travel to Birmingham or even move there, you may not know all there’s to know about Birmingham’s many features. Birmingham is not all about football and Peaky Blinders and has much more to offer. So why should you put the ‘Venice of the North’ on your travel itinerary?

Birmingham is best known and famous for its manufacturing roots, which you can observe in the landmarks. On top of manufacturing, Birmingham is known for its network of canals, delicious dining, from street food to Michelin Star dining, and much more.

Birmingham may be in the middle of England, but it is far from the middle of the road when it comes to entertaining visitors. If roaring canals and delicious food sounds enticing, continue reading to learn more about those Birmingham classics.

Anyone who’s been to Birmingham can vouch for the vast greenery. Birmingham has over 8,000 acres (3,237.5 hectares) of green land spanning over a quarter of the total area. In fact, Birmingham is one of the greenest areas of an already green UK!

Amid Birmingham’s 8,000 acres of greenery, from city parks to amazing botanical gardens and rolling golf courses, Birmingham has many offerings for nature lovers. Some of the most popular parks include:

The Middle of the UK

Birmingham has the distinction of being the middle-most city in England. Historically, being far from the maritime ports counted against the city’s early development, but the Industrial revolution put it firmly on the map.

Being centrally located has its perks in terms of mobility. Birmingham is at the crossing points of the National Railway and National Roadway System.

Here are three other professional football teams from Birmingham:

If you’ve kept up with the Netflix series Peaky Blinders, you may be familiar with the Late 1800s Birmingham street gang. Don’t worry if you haven’t kept up with the hit TV show because I can give you a quick rundown!

You’re wondering why they call this shopping center the Bull Ring. The Bull Ring has been a center of trade from as far back as medieval times and was once the location of the cruel sport of bull-baiting. The ring refers to the iron hoops to which they tied the bulls before allowing dogs to attack them.

Birmingham certainly deserves the nickname “Venice of the North” as it has an extensive network of canals spanning the city. The wide range of canals makes up one of the most complex systems of canals worldwide.

Birmingham has heaps of water taxis that can transport you throughout the intricate labyrinth of canals if you like to take to the water to get around.

The Youngest City in Europe

If you’re a metalhead, you may already know that Birmingham is known for being the home of heavy metal music. Birmingham is somewhat of a metalhead capital as it has sprung some rock and metal legends.

Formed in 1968, Black Sabbath is one of the most famous heavy metal bands. You may recognize the lyrics to some of their hit songs like Iron Man, Paranoid, and Children of the Grave. And of course, old Ozzy is still tottering on and famous now for the reality show called “The Osbournes.”

The third Birmingham-based heavy metal band from the late 1960s is Judas Priest. This third Birmingham band is famous for hit songs like Breaking the Law, You Got Another Thing Comin’ and Turbo Lover. The success is phenomenal, with more than 40 million albums sold worldwide.

The Pre-Raphaelites were a group of artists from the Victorian Era. The defining factor of Pre-Raphaelite art is its focus on realism. Pre-Raphaelites believed that art should be as close to reality as possible, meaning they painted everything precisely as they saw in the real world.

Pre-Raphaelite art is an interesting glimpse into the past because of the intention to paint as realistically as possible. If you want to check out some Pre-Raphaelite artwork, you can find galleries around the city of Birmingham.

Here are some Michelin Star restaurants in and around Birmingham:

If Michelin Star dining isn’t your speed, Birmingham is also known for its variety of street food. Birmingham’s streets are home to vendors from cuisines worldwide, all housed in massive street food markets.

The Birmingham street food scene has boomed over the last few years, and it is now one of the best places in the UK to taste the street fare. From Indian to Italian and Japanese, Birmingham is host to some of the most innovative street chefs.

You can enjoy a delicious craft beer while listening to live music for a laid-back night out of a quick bite for lunch while sightseeing.

The Largest Library in Europe

If you’re a bookworm like me, you’ll be happy to know Birmingham is home to the most extensive library in Europe, The Library of Birmingham.

If you’re not into Shakespeare, no worries; there are plenty of other massive collections at The Library of Birmingham.

A few other popular collections in the Library of Birmingham are:

Once you grab a book from The Library of Birmingham, you’ll need a shaded park bench to get reading. Thankfully, Birmingham is home to Sutton Park, which spans 2,400 acres. Sutton Park is the largest nature reserve in an urban area in Europe.

Sutton Park is home to several different marshes, lakes, wetlands, restaurants, and even a donkey sanctuary. Sutton Park is a must-see for any park lover finding themselves in Birmingham.

If you’re a New Yorker, you might have a confused look as you discover the world’s second Grand Central Station. Grand Central New Station is a shopping center above the New Street Railway Station and connected to the Birmingham Bull by a bridge.

Home of the Balti

Birmingham is home to the delicious curry variety, Balti. Balti butter chicken is the staple dish of Birmingham, and you can find fresh-cooked Balti at one of the many street vendors around Birmingham.

If you can’t make it to Birmingham but are eager to try Balti, you’re lucky because Balti has become a staple Indian dish, especially in the Western world. Therefore, you can find Bali listed on your local Indian restaurant menus.

In Addition to finding Balti locally, you can cook Balti for yourself! Cooking a new recipe like Balti is always a fun way to expand your culinary experience.

My favorite homemade Balti recipe is from food.com. You might find it intimidating if you’ve never cooked Indian food before. Don’t worry! This Balti Butter Chicken recipe from food.com is easy to prepare and comes out delicious every time.

Birmingham is home to many different cultures, including German. If you happen to be in Birmingham around the Christmas season, you can find a taste of German culture at the UK’s largest German Christmas market.

If chocolate is more your speed, Birmingham has another perfect attraction for you, Cadbury World. Cadbury World is among the most fun-filled attractions in Birmingham, perfect for all ages.

In Cadbury World, you’ll take a tour through the process of Cadbury chocolate production. You’ll also get a glimpse into the history of Cadbury as a company.

Oh, I nearly forgot to mention that you’ll get free Cadbury chocolate bars throughout your tour! If that doesn’t get you out the door to Cadbury World tomorrow, I don’t know what will.

The most exciting part of Birmingham for me is that it’s home to renowned author JRR Tolkien. Tolkien is an accomplished fantasy novel writer from Birmingham, most famous for writing the Lord of the Rings trilogy.

Tolkien lived in Birmingham in his youth, between the years of 1895 to 1911. In the 16 years Tolkien spent there, he lived in nine different Southern Birmingham homes. Tolkien took great pride in calling himself a Birmingham man.

Diehard Lord of the Rings fans might know that Tolkien was inspired by the landscape of Birmingham and based Middle Earth on Birmingham because of his inspiration.

Over 100 years since Tolkien left Birmingham, Lord of the Rings fans flock to the region to complete the Tolkien Trail. The Tolkien Trail is a fan-made hiking trail in Southern Birmingham that seeks to retrace the steps of young JRR Tolkien.

Check out Visit Lancashire’s article for more info on the Tolkien Trail.

The Jewellery Quarter is best known for its high-quality jewelry vendors. However, if you’re not into jewelry shopping, you’ll still find plenty to do in the nearby bars, restaurants, and cafes.

Birmingham has something to offer everyone! From luscious greenery to gang history to the largest library in Europe, anyone can find something to please.

Additionally, Birmingham has something to offer year-round. Stop by Birmingham in the winter, and you can experience the awe-inspiring Frankfurt Christmas Market. Additionally, you could come to Birmingham to walk the Tolkien Trail in the summer.

Birmingham has something for every taste, and you should definitely consider adding old ‘Brum’ to your travel plans.