Top 30 Things Bordeaux is Known For & Famous For 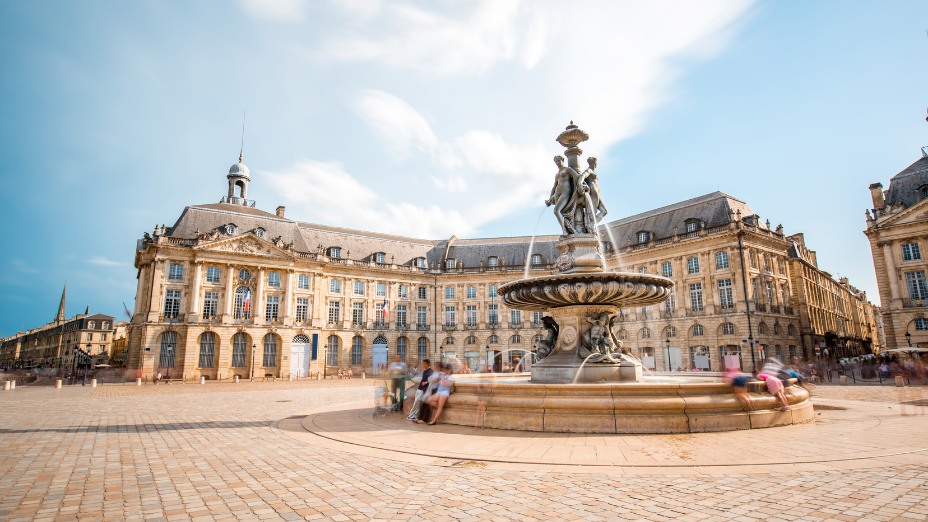 What Is Bordeaux Known for & Famous For

Whether you’re from the beautiful southwestern city of Bordeaux or you’re just stopping by for a visit, everyone has the same question: What makes Bordeaux such an attraction?

Bordeaux is most known and famous for its wine. On top of Bordeaux’s wine, they’re also renowned for delicious seafood, incredible architecture, rich history, delightful pastries, and authentic French cuisine.

I’m sure one of the above-listed things that Bordeaux is known and famous for has piqued your interest. Therefore, you should continue reading to get more detail on each listed item.

If you’re into wine, you’ll love Bordeaux. Bordeaux wine, or vin de Bordeaux, is some of the most delicious wines in the world.

Bordeaux produces predominantly red wines. Over 86% of the wine produced from Bordeaux is red wine.

While there’s a majority of red wine production in Bordeaux, they do produce some white wines. The grapes used to make Bordeaux white wine are Sauvignon Blanc and Semillon.

On top of entrecôte marchand de vin Bordeaux is also known for other French delicacies like:

If you’re more of a history buff than a foodie, you’ll be happy to hear Bordeaux is home to a rich history.

Thankfully, England and France repaired their relationship, and the nineteenth century put Bordeaux back in a time of prosperity.

Bordeaux’s rich history can be seen in landmarks and museums around the city, making it an ideal travel destination for history buffs.

Bordeaux wine is excellent because the climate in Bordeaux is an ideal vine-growing environment, making for world-class vineyards. Bordeaux’s soil is rich in calcium, essential for successful vine growth.

There are plenty of vineyards scattered across the wine-growing region of Bordeaux, which make for excellent wine-tasting tour destinations. Every vineyard in Bordeaux can produce various wines, from dry reds to sweet rosés to dry whites.

Like most Bordeaux, there’s a rich history to Place de la Bourse. The square’s centerpiece used to be a statue of King Louis XV of France, but revolutionaries tore it down during the French Revolution.

Today the square houses a fountain called The Three Graces, which stands in the same spot the revolutionaries tore down the King Louis XV statue. An enormous reflecting pool called the Miroir d’Eau also lends a dreamlike air to the Place de la Bourse.

I’ve touched on the quality of wine in Bordeaux, but I’ve left out that Bordeaux is the world capital of wine! Therefore if you’re looking for the best wine tourism of your life, Bordeaux is the place for you.

Bordeaux’s many vineyards and a wide variety of wines combine to put Bordeaux in the upper echelon of wine cities worldwide.

A couple of hundred years later, the Grand Théâtre de Bordeaux is still in operation. You can visit their website to see upcoming shows.

If you’re the outdoorsy type, Parc de Majolan is a must-see in Bordeaux.

After your walk in Parc de Majolan, you’ll want to grab a bite to eat. Lucky for you Bordeaux has a delightful market called Quay Market.

Quay Market is the best place to get authentic Bordeaux food since everything sold is grown locally and sold fresh.

You wouldn’t have visited France if you didn’t check out one stunning cathedral. In Bordeaux, you’ll want to head over to the Bordeaux Cathedral.

Upon entering the interior of the Bordeaux Cathedral, you’ll be blown away by the high church ceilings and incredible religious artwork. If you’re a fan of Catholic church architecture, Bordeaux Cathedral will be a highlight of your time in Bordeaux.

Port of the Moon is the name of the port of Bordeaux. The port of Bordeaux earned its name because it has a crescent shape, similar to the moon. The port is a popular tourist destination for its panoramic views and blends of classical and neoclassical architecture, including the royal square.

If you’re into history, you’ll inevitably end up walking Rue Sainte-Catherine since it cuts through the historic section of Bordeaux.

If the history of Bordeaux section of this article interests you, the Museum of Aquitaine is where you should go to further your Bordeaux history research.

You will find the Museum of Aquitaine in the center of Bordeaux, so you shouldn’t have a problem finding your way there. Inside the museum, you’ll find historical documents and artifacts spanning from Bordeaux’s first century golden age, through The Hundred Years’ War, and past the war to modern times.

If you’d prefer to get your history lessons on the streets, you can skip the Museum of Aquitaine in favor of Bordeaux Old Town.

Saint Emilion is a small commune near Bordeaux with a population of less than two thousand. The Saint Emilion commune designates its time and resources to produce wine.  Saint Emilion’s dedication to wine is evident in that vineyards cover about two-thirds of the area.

If the French food I mentioned earlier didn’t interest you, you might be happy to hear Bordeaux is known for their delicious seafood. Since Bordeaux is a port city, they have delicious fresh seafood served around the city.

If you’re a seafood lover like me, you can check out the top-rated seafood restaurant such as:

If you’ve still got room for dessert after your seafood dinner, you have to try cannelés. Cannelés are a French pastry that Bordeaux is famous for making. The pastry has a vanilla rum flavor, custard filling, and a caramelized crust.

Can’t make it out to Bordeaux to grab some cannelés? You can try making cannelés yourself by following Chef Iso’s recipe.

Any French pastry lover will be familiar with macarons. If you’ve never tried a French macaron, Bordeaux is an excellent opportunity since the city is famous for its delicious desserts.

A macaron  is a sweet meringue-based confection made with:

Bordeaux bakeries sell the traditional macaron flavors you’re already familiar with, like chocolate, lemon, and strawberry, which is my favorite.

On top of all the other foods Bordeaux is famous for, Bordeaux is also renowned for its world-class foie gras. Bordeaux’s foie gras fame is no surprise, considering France is the largest producer of foie gras globally.

Gavage is an ancient technique that dates back to the ancient Egyptians in 2500 BC. Four thousand five hundred years later, the gavage method of fattening an animal’s liver is controversial, with some claiming gavage is animal cruelty.

Since Bordeaux has a rich history, you can enjoy plenty of different architectural styles throughout the city. You can see buildings from Gothic to Romanesque anywhere you look.

River Garonne is a 529 km (328 mi) river spanning southwest France to northern Spain. Bordeaux is known for sitting at the end of the French side of the River Garonne.

Did you think we were past the wine of Bordeaux? Not quite; we still have to touch on St. Estèphe, one of Bordeaux’s most famous appellations.

The St. Estephe appellation has a long history of wine production. St. Estèphe has been producing wine since the middle ages!

The grapes that grow in St. Estephe are:

Pauillac is another Bordeaux wine appellation. Similar to St Estephe, Pauillac is famous for its highest-quality wines worldwide. Because the Pauillac wines are so renowned, they are also some of the most expensive wines in the world.

The Pauillac region predominantly works with the Cabernet Sauvignon grape. However, other varietals in the area include:

Pauillac is the appellation to explore if you’re into fine wines. The Pauillac region is arguably the best appellation in Bordeaux. Three of Bordeaux’s top chateaux are in the Pauillac appellation:

If you’re up for a wine tour, you can visit three top producers in one region!

St. Julien is another Bordeaux appellation, and you guessed it, St. Julien is famous for producing red wines.

Pauillac and St. Julien are neighboring appellations. Being neighbors, they have similar growing conditions and similar wine.

The similar wine is a big check in the plus column for St. Julien since, as I mentioned before, Pauillac has some of the best wines worldwide.

The next appellation all wine connoisseur should know about in Bordeaux is Margaux. Margaux is also famous for its red wines.

Pessac-Leognan is another appellation that specializes in red wine. While Pessac-Leognan also utilizes the rich flavors of the Cabernet Sauvignon, their wine is different from the past three apparitions I’ve mentioned.

On top of the Cabernet Sauvignon grape, Pessac-Leognan also uses the Cabernet Franc grape a lot. The contrast comes in this different secondary grape since the past three appellations’ second most used grape is the Merlot grape.

Pessac-Leognan will be a refreshing change while staying with the familiar Cabernet Sauvignon base if you like the wine from the past regions.

Graves is another Bordeaux wine appellation. Graves’ name comes from the gravel soil in the region.

The unique fact of Graves is that they are equally known for their red and white wines, which is unusual for most Bordeaux appellations.

The red wine produced in Graves is similar to the past appellations we’ve talked about because they use the big five grapes from Bordeaux. Graves’ winemakers typically use the Sauvignon Blanc and Semillon grape combination in their white wines.

Pomerol is the seventh and final famous wine appellation of Bordeaux. Pomerol is known for its red wine, which isn’t unique to Bordeaux. However, the type of red wine made in Pomerol is unusual for Bordeaux.

Pomerol winemakers use all five major Bordeaux red grapes to make up their signature blend. However, the most prominent grape in the region is Merlot.

The next reason for Bordeaux’s fame is its small-town charm. Bordeaux has a population of about a quarter-million. Compared to other cities in France like Paris, Marseille, or Lyon, Bordeaux is comparatively small.

The small-town pace of the city, paired with delicious food and wine, makes for a welcoming small city vibe.

Bordeaux is also known for its post-secondary education institutions. Bordeaux has two public universities; the most notable of the two is the University of Bordeaux.

Bordeaux is an area rich in culture and history and natural beauty and has something to offer each visitor’s tastes. Fine wines, and French cuisine form the heart of the Bordeaux culture with a fascinating history and diverse architecture. Thus be sure to add Bordeaux on your list of places to travel.