Top 18 Things Brisbane is Known For & Famous For 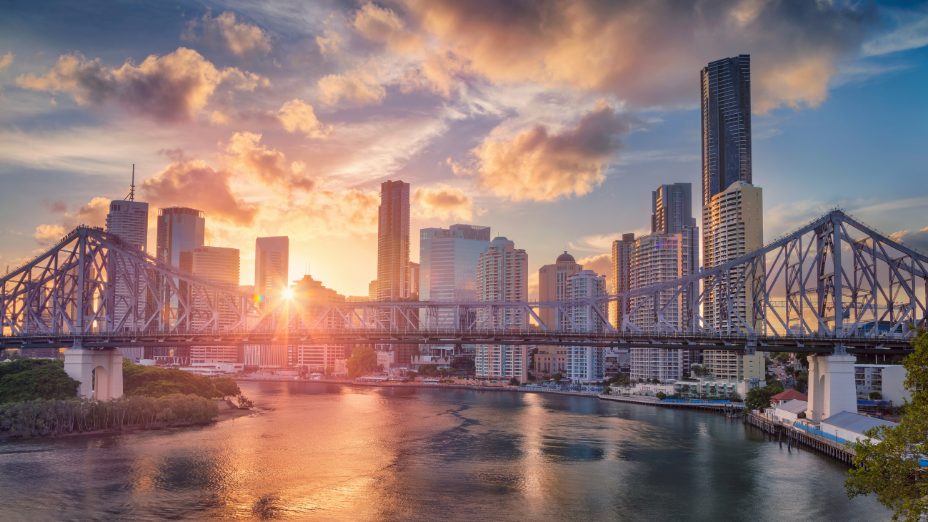 What Is Brisbane, Australia, Known For?

Brisbane, Australia, is the capital of Queensland. It is the third most populated city in Australia with a population of 2,439,467. Tourists and residents alike enjoy many intriguing, educational, and outdoor sights and activities.

In this article, I will discuss some of the most exciting places found within and near Brisbane. If you’re looking for a great place to go, keep reading. 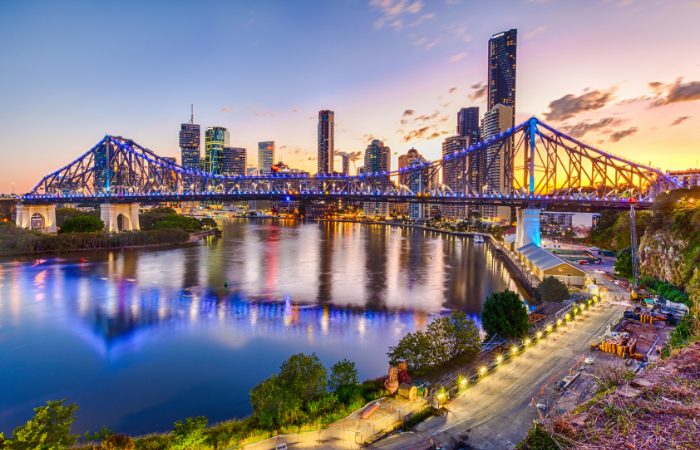 Brisbane has become famous in recent years for its stunning underground opera house.

Transformed from the larger of the two old Spring Hill reservoirs, the opera house boasts incredible acoustics and gorgeous 19th-century brick walls and archways that surround guests for a magical night of underground performances.

History of the Spring Hill Reservoirs

The now heritage-listed Spring Hill Reservoirs, officially referred to as the Wickham Terrace Service Reservoirs by the Queensland government, provided a significant amount of fresh water to the residents of Brisbane from 1871 until 1962.

The need to undergo such a project signified a significant rise in the growing population of Brisbane, which had risen 54% between 1865 and 1861.

Construction of the First Reservoir

The construction of the Spring Hill Reservoir began in 1870, following the completion of the Enoggera Creek Dam in 1866, and was specifically designed to ensure that water could reach the elevated areas of South Brisbane.

Nine brick archways supported the building and separated the cavernous rooms of the reservoir.

Construction of the Second Reservoir

By the 1870s, increased use of the port, industrialization via the construction of the railroad, and the rise of an immigrant population in the Brisbane area led to another significant increase in the overall population and increased demand for water.

As a response, in 1882, officials in Brisbane drew up plans for a second reservoir and additional piping to reach the higher parts of Brisbane. The second reservoir was thicker than the first and contained 15 rooms separated by the same style of brick archways as the first reservoir.

Throughout the early 20th century, the reservoirs were improved and roofed in order to address both leakage and water quality concerns.

However, on September 3rd, 1962, the main water supply pipe from Enoggera Dam failed. The Brisbane City Council opted to decommission the Spring Hill Reservoirs, which were, at this point, no longer able to contribute to the water demands of Brisbane’s population significantly.

During the 1980s, historical restoration was underway by the Brisbane City Council at the nearby and now heritage-listed Old Windmill in Observatory Park, and the council started receiving requests to restore and preserve the reservoirs.

While residents of Brisbane suggested restoration ideas, it wasn’t until 2014 that the Brisbane City Council and National Trust approved a $150,000 project by the Brisbane Underground Opera Company to transform the larger of the two reservoirs into a performance space.

The opera company drained any remaining water from the structure, thoroughly cleaned it, and transformed the space into an opera venue with a stage, lighting, a wine bar, and seating. The Underground Opera House of Brisbane was now born.

Founded in 2007 by Bruce Edwards, a former miner, the Brisbane-based underground opera company hosts performances in a myriad of unique and exciting underground spaces such as:

The idea to host these spectacular performances came to Edwards one day as he worked alone in a mine. He tested out the acoustics and realized that spaces such as these could be unique venues for operas.

Edwards brought the idea to the larger performance community of Brisbane, and the public has been enjoying these spectacular shows ever since. 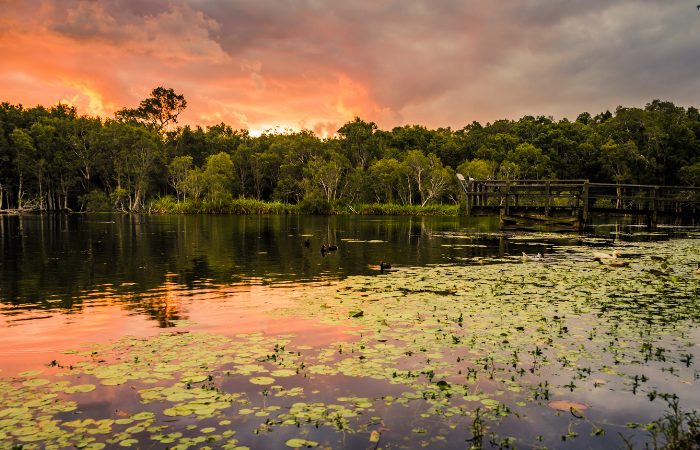 Situated right on the coast of central-western Australia, Brisbane is known for its proximity to stunning beaches, islands, rainforests, wetlands, and gorgeous overlooks.

Located about 4 ½ miles (7.24 km) from the mainland of Brisbane, St Helena Island National Park has a rather grim history as a colonial prison settlement from 1867 until its closure in 1932. However, before becoming the site of human rights abuses, Aboriginal people journeyed to the island for thousands of years to hunt dugongs and flying foxes and collect shellfish.

Today, the island is both an important historical site as well as a haven for animals. Both the land and the surrounding waters are protected. Visitors to the island can take guided tours of the settlement’s ruin or explore the island’s Southern end on their own. 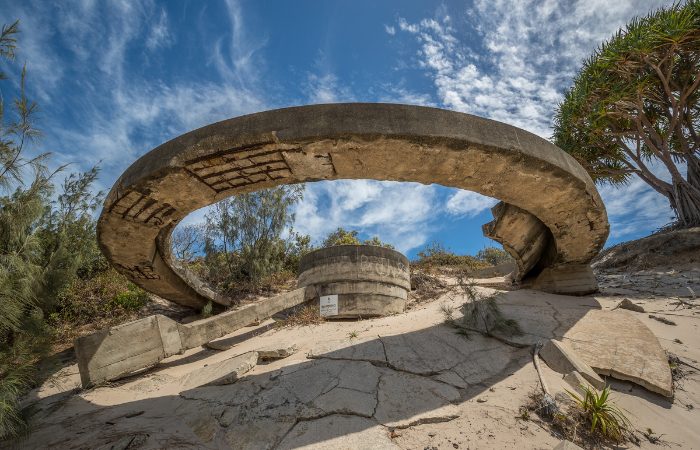 Located 25 miles (40.2 km) off the coast of Brisbane, Moreton Island is a famous destination for visitors and residents alike, and is the third-largest sand island in the world and features:

The island’s indigenous people, the Ngugi people, named the land Moorgumpin, which translated as the “place of sandhills”.

The Ngugi people lived in harmony with the ecosystem of the island for thousands of years. They were sadly displaced from their home by 1850 during the British colonization of Australia and its surrounding islands.

The first lighthouse to be built in Queensland, the Cape Moreton Lighthouse, resides on the island. The island is also home to a tiny village, Kooringal, governed by Brisbane. This village is known for:

Opened in 1992, Streets Beach, named after the ice cream company that sponsored its creation, is an iconic manufactured swimming and sun-bathing oasis in the heart of riverside Brisbane.

This beautifully maintained urban beach is one of the reasons Brisbane is so well known as an outdoors and nature-oriented city. 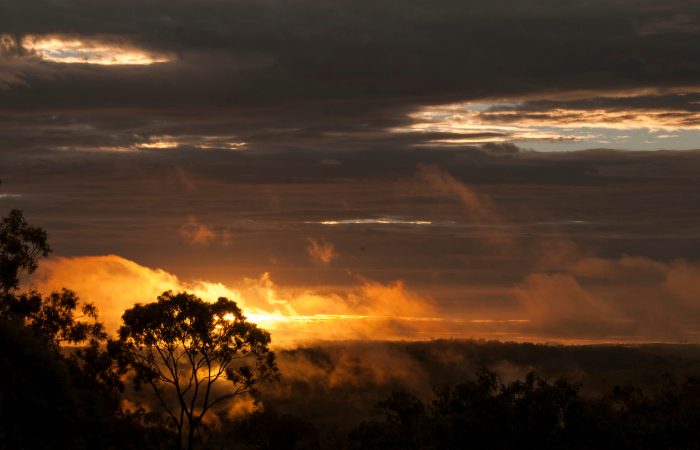 Brisbane is also known for its proximity to the stunning, world heritage-listed Scenic Rim.

Located only an hour’s drive from the heart of Brisbane, the incredibly biodiverse Scenic Rim is home to gorgeous rainforests, valleys, and mountain ranges. The original peoples who first inhabited the land known in English as “the Scenic Rim” are the Mununjali, Yugambeh, and Ugarapul Aboriginal people.

Within the Rim is the Lamington National Park, which contains over 500 waterfalls, and is home to over 250 species of wildlife. Sections of the breathtaking Gondwana Rainforest are within the bounds of the park.

Some of the Antarctic Beech trees in the Lamington National Park are estimated to be at least 2,000 years old.

Located about 9 miles (14.5 km) north of Brisbane proper are the Boondall Wetlands. These wetlands are protected as a wildlife reserve and are home to a diversity of flora and fauna.

Some of the most common fauna include:

The wetlands contain a range of plant and tree communities such as: 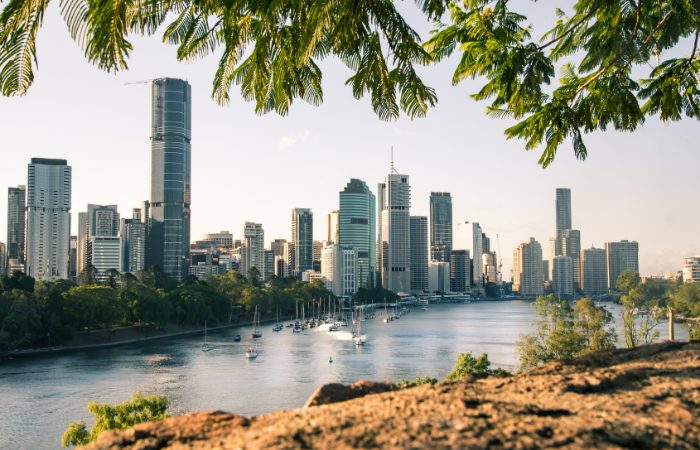 Brisbane is known for its beautiful overlooks and vantage points across the city, and Kangaroo Point Cliffs are one of the most well-known and popular locations.

Located in the heart of Brisbane, the 82’ (25 m) tall cliffs, a result of both natural formation and quarry construction, are often dotted with rock climbers and rappelers. The Kangaroo Point Cliffs Parks is also well-known for the lovely park that greets visitors upon completion of their ascent. 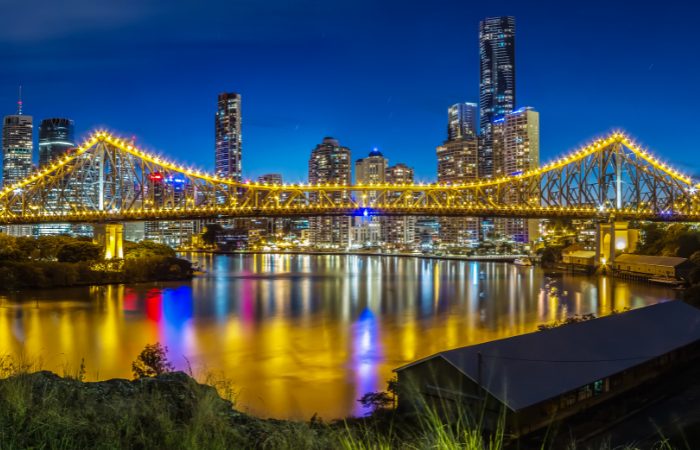 The heritage-listed Story Bridge is one of Brisbane’s most iconic structures. Construction on the bridge began in 1935, headed by Sir Manuel Richard Hornibrook. It was completed in 1940 and opened for public use on July 6th, 1940.

The 12,000-tonne (13,228 US ton) steel bridge connects the Southern and Northern banks of the Brisbane river and is classified as a historic monument by the Queensland Heritage Act. Today, the Story Bridge Adventure Climb is one of the most iconic ways of viewing the city of Brisbane and the surrounding mountain ranges in the distance. 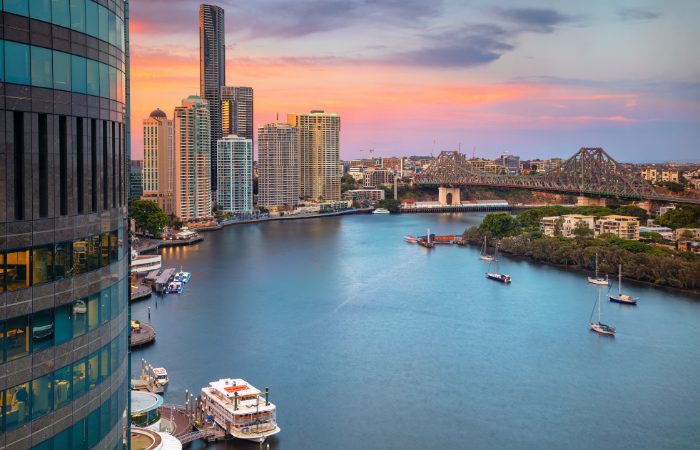 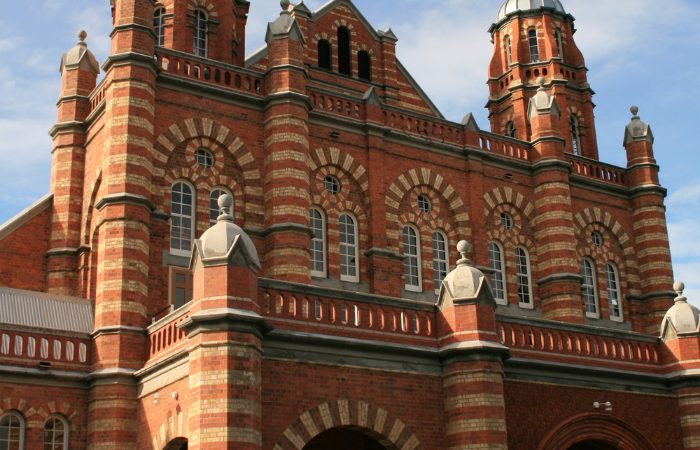 The Queensland Museum has existed at various locations in Brisbane for 159 years. According to their website, Queensland Museum is “a museum of natural history, cultural heritage, science and human achievement that tells the changing story of Queensland.”

The museum, founded by the Queensland Philosophical Society, had a modest start in 1862.

It originally featured one room located in the Old Windmill in Brisbane. In 1868, the museum made its first move to the Parliamentary building on Queens Street. It then relocated once again into an old post-office building in 1873.

In 1879, the collection was moved into a building constructed specifically to house the museum. The Queensland Museum stayed in this building for 20 years until it was moved yet again, this time to the Exhibition building.

For 86 years, the museum was housed in the Exhibition building before finally moving to the center of Brisbane’s cultural precinct in 1986 where it remains today. Over 23 million visitors have toured the 4-story museum since its final relocation in 1986.

The Queensland Art Gallery and Gallery of Modern Art are two buildings situated directly across from each other that display an iconic collection of modern art from Australia, Asia, and the Pacific Islands.

The Queensland Art Gallery was originally established in Brisbane in 1895 after two of the state’s artists, Isaac Walter Jenner, and R. Godfrey Rivers convinced the government of Queensland to launch a state art gallery.

On March 29th, 1895, the governor opened the Queensland National Art Gallery, which was situated temporarily in the Old Town Hall on Queen Street. The initial gallery displayed one marble statue, 38 pictures, and 70 engravings.

In 1993, the Asia Pacific Triennial of Contemporary Art made a successful case for the opening of a second building to expand the focus of the gallery’s art on the larger region in which Australia is situated.

As such, the Gallery of Modern Art was opened in 2006 as the sister site to the Queensland Art Gallery.

As the name suggests, the Queensland Maritime Museum is focused on displaying historical and culturally significant collections related to Queensland and Australia’s maritime history. The museum is situated on the banks of the Brisbane River.

This two-story exhibition building was established relatively recently in 1971. It contains:

Some of its most well-known artifacts include: 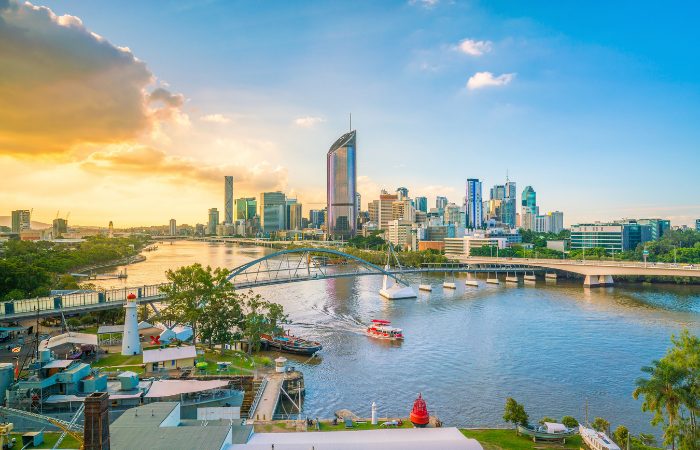 As the capital of Queensland, Brisbane is known for representing important aspects of the state of Queensland. Overall, the city of Brisbane, Australia, is an absolutely fascinating place known for being filled with cultural, historical, artistic, and environmental significance.

If you’re planning a trip to Brisbane be sure to check out this pocket guide book to the city here.