Top 21 Things Cairo is Known For & Famous For 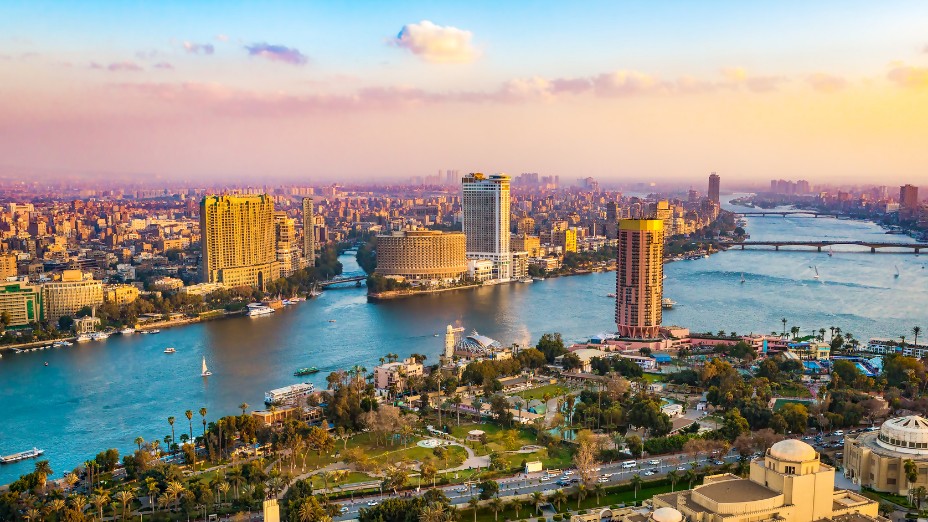 What Is Cairo Known for & Famous For

Egypt is one of the oldest countries, and its capital city, Cairo, is one of the largest in the world. With thousands of years of history, it’s no secret that Cairo is a popular tourist destination. But what is Cairo known for and famous for?

Cairo is known for being an important part of history, like during the Ottoman Empire and throughout Egypt’s ancient history. Today, the city is famous for its museums and other cultural sites, its football teams, and a lot of tourism. Tourists come from all over the world to see the pyramids.

This article has more than 20 sites and attractions for which Cairo is known and famous. Some of the sites are from hundreds of years ago, and some make the city as popular as it is today with tourists and locals alike.

It is quite ironic that Cairo is commonly associated with ancient Egypt, as the city was not created until after ancient Egypt. However, it is still one of the things Cairo is known for. During ancient Egypt, the capital city of Egypt was actually Memphis, which is just south of modern-day Cairo.

The city of Memphis is where many of the pyramids and other historical and famous sites in Egypt are located. The proximity to Cairo is likely why many people think of Cairo and ancient Egypt as being associated.

One of the famous historical events Cairo was a part of was the Ottoman Empire. The Ottomans took over Cairo in the early 16th century and changed it significantly.

Not only did the Ottomans steal anything and everything with value from the city, but they also built a lot of monuments, which explains why Cairo has a lot of Ottoman architecture.

One of the most famous parts of Cairo, especially for tourists, is the Giza Necropolis which is just outside of Cairo.

The necropolis is a UNESCO World Heritage Site and one of the Seven Wonders of the Ancient World, making it so popular and one of the reasons Cairo is so well known.

In the Giza Necropolis, you will find four historical sites:

The Pyramids of Giza are located in the Giza Necropolis and are one of the Seven Wonders of the Ancient World. The pyramids are the only Ancient Wonder with substantial remains today. There are three pyramids, and each one is named after the king they were built for.

The pyramids are much different than they were when they were originally built.

There are a lot of valuables missing from the graves in the pyramids. And the limestone on the outside of the pyramids was also stolen due to its value. The pyramids used to be taller than they are today when they still had the outer limestone.

Even though they are not the same as they used to be, they are still one of the most visited sites in the Middle East. Although visitors are allowed to enter the pyramids, climbing them is deemed illegal.

Another known site in Cairo, and specifically well-known in the Giza Necropolis, is the Great Sphinx of Giza.

The Sphinx has a lion’s body and the face of King Khafre, who was the ruler of Egypt 4,500 years ago.

It is one of the most recognizable things in Cairo, and it is one of the tallest and longest sculptures in the world, standing at 66 feet (20 meters) tall and 240 feet (73 meters) long.

The Pyramid of Menkaure is one of the things Cairo is known for, as it is one of the Pyramids of Giza. It is the smallest of the three Giza pyramids, standing at 213 feet (65 meters) tall. Still, it has the most complicated chambers of the pyramids.

Pyramid G1-C is a pyramid in the Giza Necropolis, but it is not one of the three main pyramids. Instead, it is a pyramid dedicated to a queen, specifically Queen Henutsen. The pyramid is unfinished, and it does not have a boat pit like the other queens’ pyramids do.

Cairo sits on the Nile River, which is part of why it has been such an old and important city throughout history. Without the river, trade and movement of people to and from Cairo would be much more difficult, and it likely would not be the city it is today.

There are a lot of places in the city where you can see views of the Nile, and you can even tour it if you want to see Cairo from the water.

Cairo comfortably ranks as one of the most densely populated cities in the world.

Unfortunately, a highly dense population means a lot of traffic and pollution in the city, which many visitors are not used to. As we discuss later in the article, New Cairo is the government’s plan to decrease the population density in Cairo.

Cairo is also the economic center of Egypt, as a significant amount of Egypt’s gross national product comes from the city.

Most of what Egypt and Cairo specifically produce are cotton products, agricultural products, plastic, chemicals, and automotive parts.

And, Hulwan, which is a part of the greater Cairo area, is the country’s hub for iron and steel production. Thanks to the Nile River, all the production is easy to export from Cairo.

Besides production, Cairo is a huge place for tourism, media, and government, all of which contribute to the city’s status as the economic center of Egypt.

Another characteristic of Cairo that the city is known for is its desert climate. Even though it is a city and not an actual desert, the city has a similar climate to the rest of Egypt, which is a desert climate.

In the summer, temperatures in Cairo can reach 90 degrees Fahrenheit (32 degrees Celsius) or higher. And, it gets very humid with the Nile right next to the city.

Winters are not as hot, and temperatures are mild during the day but can get quite cold, sometimes below freezing at night. Rain is also possible in the winter because Cairo is right by the Nile.

One historical event that Cairo is famous for is the Cairo Gold Crash. The Crash started when Mansa Musa, the king of Mali and one of the richest men in Africa, ended up in Cairo during a pilgrimage.

The king brought lots of gold and an entire entourage of people and camels on his journey.

During Musa’s time in Cairo, he and his caravan gave away a lot of gold, which ended up decreasing the value of gold in Egypt. The value of gold continued to decrease for twelve years, and this event is known as the Cairo Gold Crash.

Football is a popular sport in Egypt, especially in Cairo, where multiple teams are based in the city. Egypt has its own football leagues, and there are 24 teams in Cairo spread out in the following leagues, with eight being in the Premier League (at the time of writing):

With so many teams at all levels, it is no surprise that Cairo is famous for football.

Another popular destination in Cairo is the Cairo Opera House. The opera house is a well-known attraction in the city that hosts regular events. You’ll find several shows running simultaneously in its many performance halls.

The opera house also has a museum inside, which showcases information and documents on the history of the opera house, rare photos of the building (pictures of before the original house burnt down), and some props and costumes used in past shows.

Cairo is known for being the cultural capital of the Arab Middle East, and it has been known as such for decades.

There are a lot of cultural centers and places in the city, like theaters, media, and museums. In Cairo, you can learn a lot about Arab history and culture.

Cairo, and Egypt in general, was the first Arab country to have a large film industry, which is why the city is famous for the Arabic Film Industry.

Egypt started its film production before World War II and has continued to create a massive output of movies, with more than three thousand movies released in the past century.

Another defining characteristic of Cairo that the city is known for is its significant number of mosques. The city is actually called ‘The City of a Thousand Minarets’ because it has so many.

Merriam Webster defines a minaret as “a tall, slender tower of a mosque having one or more balconies from which the summons to prayer is cried by the muezzin.”

Minarets are an important part of a mosque, and there are so many in Cairo, which is where the city gets its name. While the exact number of mosques in the city is unknown, it is believed to be around one thousand, meaning the name is not an exaggeration!

One of the museums that Egypt is known for is The Egyptian Museum. The museum sits on the Nile River in downtown Cairo. Not only does the popular museum have more than 170,000 items, but it also has the largest Pharaonic collection in the world.

The museum is also the oldest archaeological museum in the region.

The museum’s more than 100 exhibits cover history dating back from 5500 BC to 364 AD. There are also events at the museum, like educational talks and temporary exhibitions.

Another place Cairo is famous for is the Khan el-Khalili Bazaar. The market dates back to the 14th century. It’s easy to get to the market from anywhere in Cairo, and you can spend a lot of time eating and shopping there.

The market sells many traditional Egyptian goods, like lamps, antiques, incense, and carpets. You will also find a lot of spices and gold. There are many places to eat at the market, like one of the oldest cafes in Cairo and many of which serve traditional Egyptian food.

Old Cairo is the ancient and historically rich part of Cairo that boasts some of the country’s most popular attractions. Old Cairo’s common attractions include:

On the other hand, New Cairo is a new development near Cairo that is being developed to relieve Cairo’s congestion. The new city will be planned on over 70,000 acres of land, and will feature 1.1 million homes, schools, over 600 hundred hospitals, restaurants, and theme parks.

And finally, Cairo is known for the Museum of Islamic Art. The museum is in the center of the city and has more than 100,000 exhibits. It is the largest museum in the world for Islamic Art, and it covers all different periods of Islamic history.

Some of the rarest collections at the museum include a woodwork collection and plaster artifacts. There are also collections of everyday objects like utensils, jewelry, weapons, and textiles that Islamic people would use daily.

Cairo is famous for many historical sites, like pyramids and a sphinx, and for its proximity and great views of the longest river in the world.

Egypt’s capital is also famous for its museums, art, an opera house, and a bazaar where locals shop and tourists can immerse themselves in Egyptian culture.