Top 23 Things Connecticut is Known For & Famous For 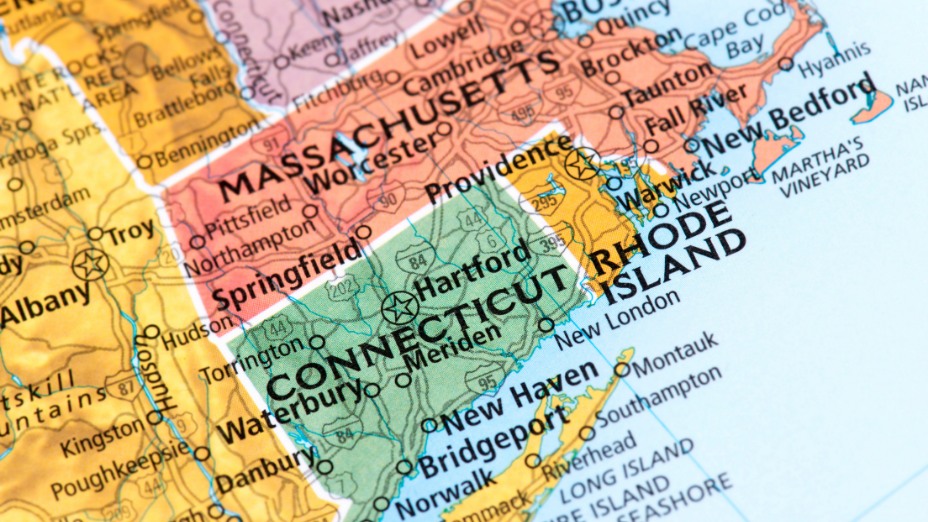 What Connecticut is Known For & Famous For

Though not the biggest state – actually the thirds smallest – or the first state to come to mind, often being overshadowed by New York. Connecticut has a lot to offer and has played a big role in American history.

Connecticut is known most notably for its prestigious school, Yale University. The state is also known for its beautiful autumn foliage, the Mark Twain house and museum, ESPN, the Yankee Doodle song, and its many lighthouses.

Read on for more detail on what Connecticut is known for. 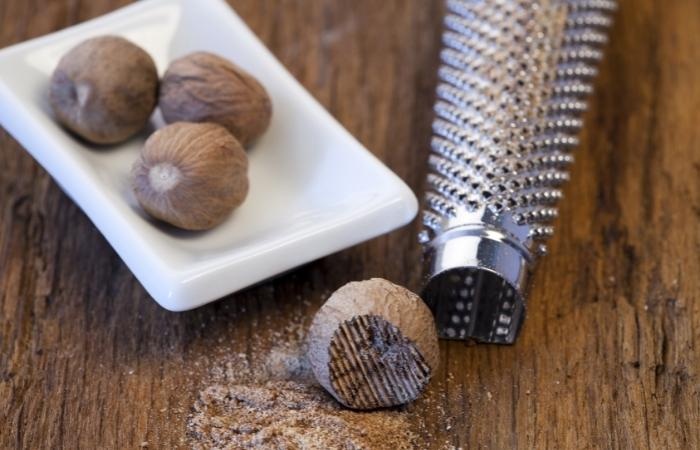 Known As The Constitution State & The Nutmeg State

One of the Original 13 United Colonies

In 1776, the original 13 colonies declared independence from Great Britain and called themselves the United Colonies. By 1750 they had around 2 million people and were growing fast. The 13 colonies were New Hampshire, Massachusetts, Rhode Island, Connecticut, New York, New Jersey, Pennsylvania, Delaware, Maryland, Virginia, North Carolina, South Carolina, and Georgia. 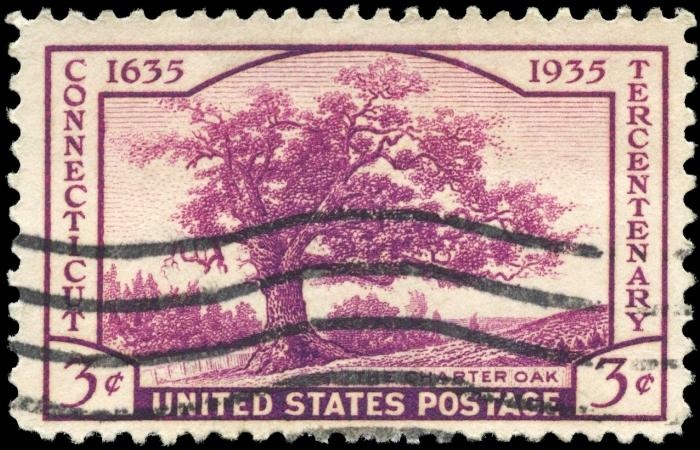 The charter oak tree is the official state tree of Connecticut, making it one of the first trees to be named an emblem for a given location. The Charter Oak has long been connected to Connecticut history, with legend stating that colonists hid the colony’s official charter inside of it in order to protect it from confiscation. The charter was important as it gave Connecticut rights to govern itself. 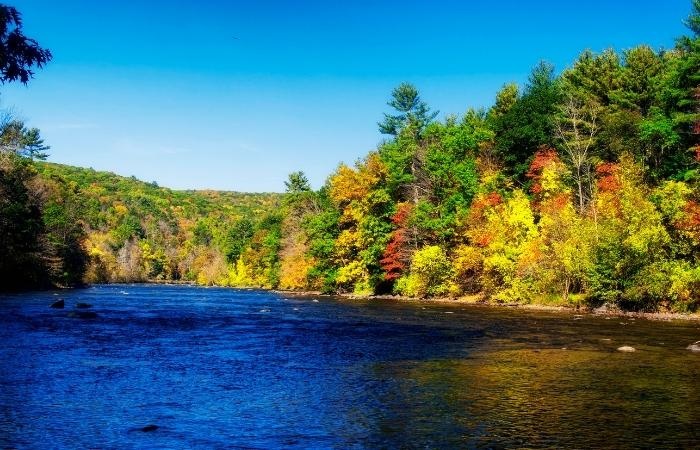 Connecticut is well known for its beautiful fall foliage. In the autumn months, the trees turn to a variety of reds, oranges, and yellows, making it the perfect setting for road trips, hikes, and camping trips.

The Connecticut River is the longest river in the United States east of the Mississippi. Along its length, it passes through New Hampshire and Massachusetts before ending at Long Island Sound. It separates the state from Vermont to the north, and from New York to the west. The river is a key part of life for people who live in its watershed, including the people of Hartford. 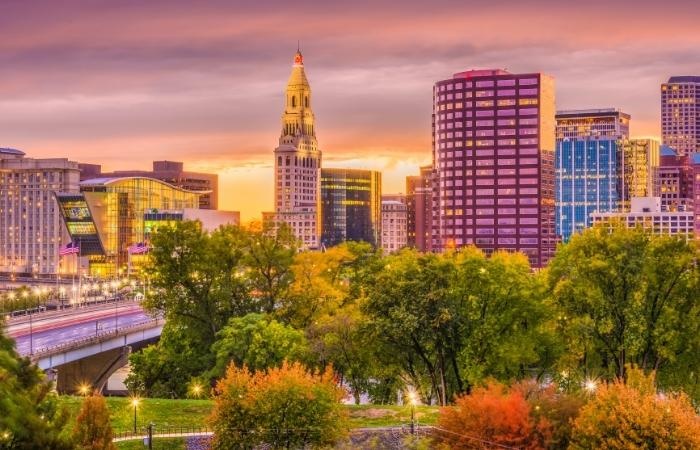 Hartford is the capital of Connecticut and the seat of Hartford County. The population is just over 120,000 as of 2019, making it Connecticut’s fourth most populous city in the state. It is home to the nation’s oldest public art museum, the Wadsworth Atheneum, and the oldest publicly funded park, Bushnell Park. 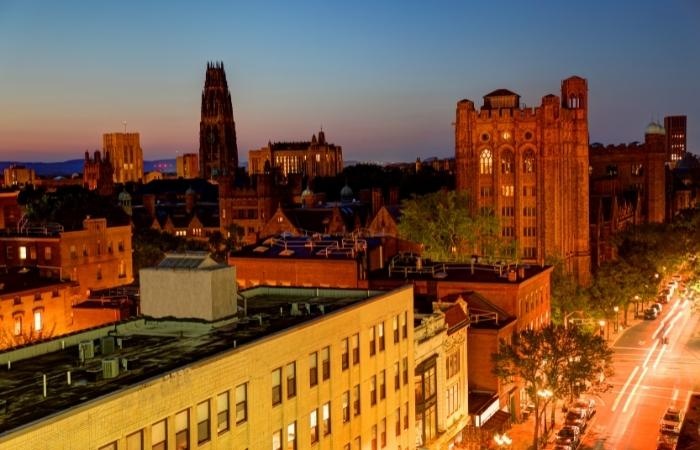 The prestigious Yale University is located in New Haven, CT, and is considered one of the top universities in the world, as well as the third oldest college in the country.

Yale’s campus is known for being picturesque, with its Gothic Revival architecture and Gothic-style stone buildings like Connecticut Hall.

Yale is also known for being a literary center, with its famous “Bun” part of the Branford College for undergraduates and home to the world’s two oldest college literary societies. 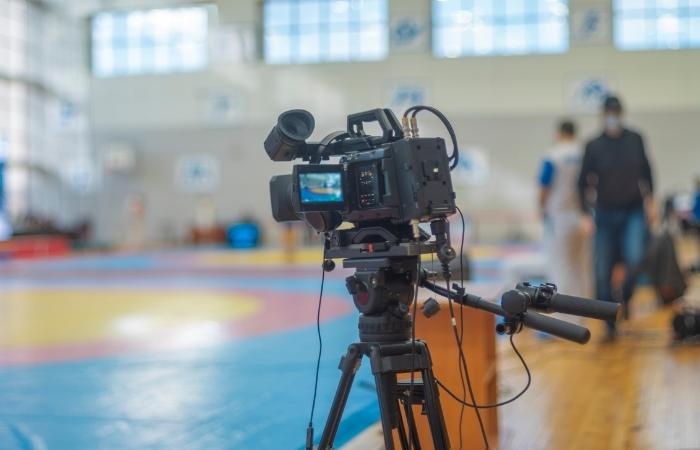 ESPN’s headquarters are in Connecticut. ESPN is the third-largest sportscaster in the world with millions of people all over the world choosing this network to watch their favorite sports. The network is known for live broadcasts from basketball, football, martial arts, and everything sports.

Yankee Doodle is The State Song

Yankee Doodle is Connecticut’s state song. It was written around 1755 by a British surgeon named Dr. Richard Schackburg. Some people believe that the song is about the American Revolutionary War, but this cannot be true because it was written two years before the war had begun. The song was originally called “Yankee Doodle Boy.” 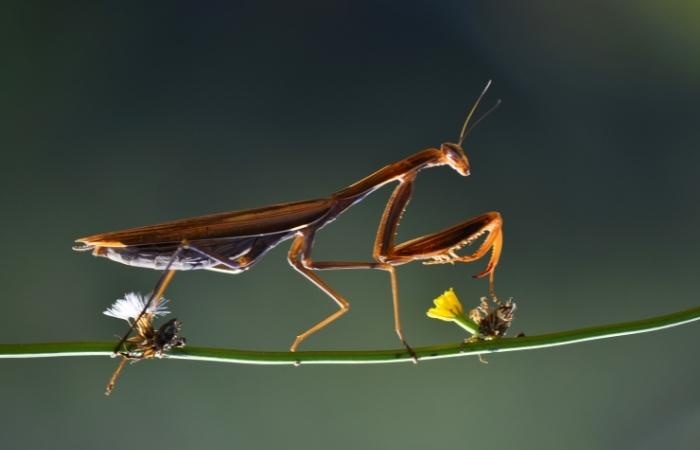 The Praying Mantis is the State Insect

Connecticut’s state insect is the praying mantis because they are beneficial to farmers in the area, it’s unique and unlike other insects, and the praying position reminds people of prayer. 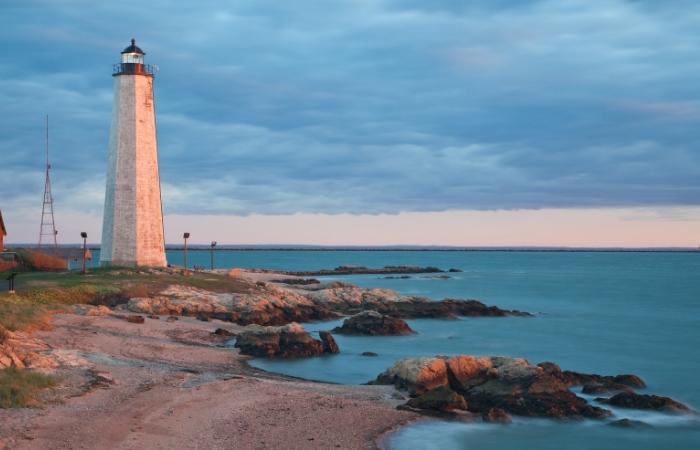 Home to Many Lighthouses

Connecticut is home to 21 lighthouses, 14 of which are active and open to the public. The lighthouses in Connecticut are located along Long Island Sound and also along the edge of the coastline. There are both historic and new lighthouses and are a reminder of America’s maritime history. 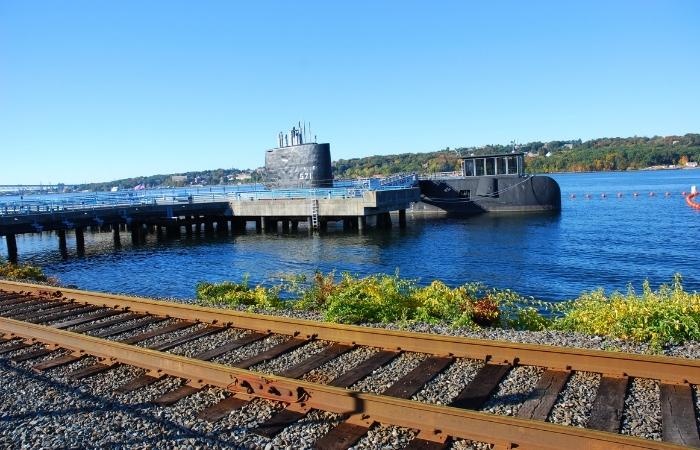 The public can now board the USS Nautilus at the Submarine Force Museum in Groton, CT.

The Hartford Courant is the U.S’ oldest running newspaper to date, starting in 1764. It was started in Hartford, Connecticut by a man named Thomas Green. The newspaper was originally known as the Connecticut Courant until it got its current name in 1837.

The first free public library, Scoville Memorial Library, was opened in Connecticut in the year 1878. The library was originally built as a tribute to Henry Scoville, who is known for his contributions to Cheshire and the surrounding towns. The library is located in Satisbury 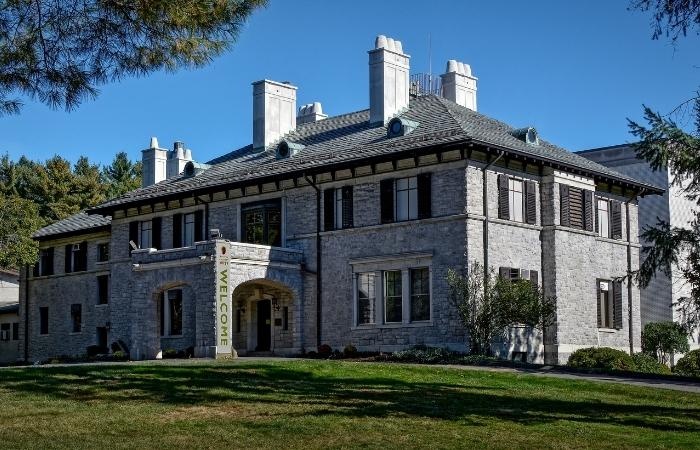 The Connecticut Historical Society is in Hartford, Connecticut and has been open since 1824. The main purposes of the society are to collect and preserve documents, photographs, records and other items depicting state history.

The telephone book was invented in Connecticut, at Stamford, in 1879. The first book was only 11 pages long and listed 50 names. The phone book was created by the New Haven District Telephone Company, which was later bought by the Connecticut company. 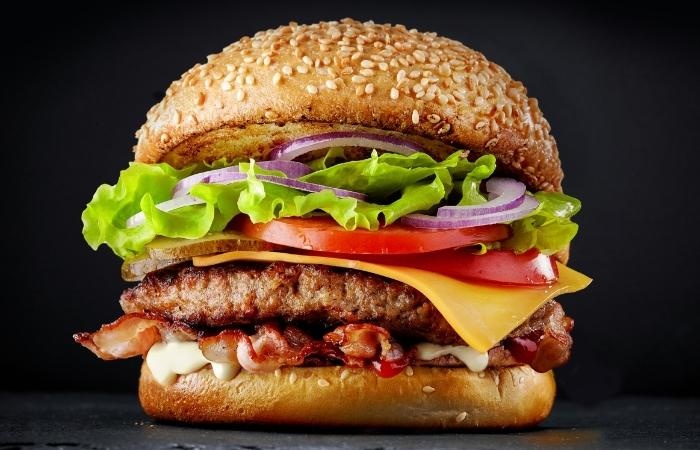 The Hamburger was Invented Here

Louis’ Lunch sandwich shop, located near the Yale University campus, is said to have invented the hamburger in 1900. Nowadays it’s known as Louis’ Lunch and has been featured on the Food Network and in “Ripley’s Believe It or Not.” 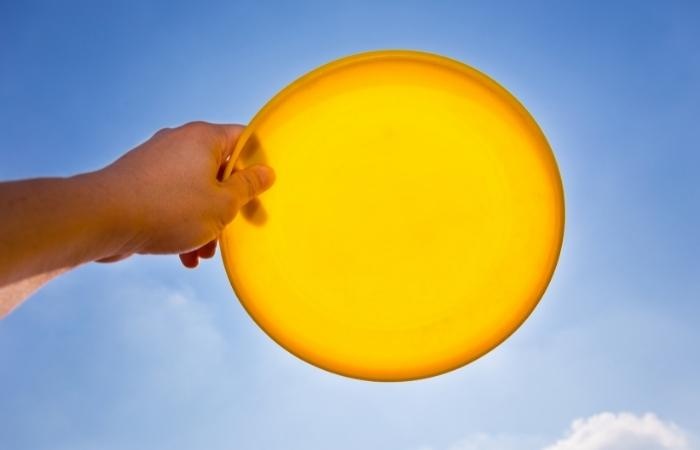 William Russell Frisbie invented the Frisbee in Bridgeport. The Frisbie Pie Company and the popular sport of Frisbee both took their name from this man.

No one is really sure how the Frisbee was invented. While Frisbie never wrote down a formal explanation, he did tell a few different stories about how it came to be. In one version of the story, Frisbie tossed a pie tin to a young boy who was walking by his bakery. The story goes that the boy caught it, laughed, and quickly left the scene.

Home to the First Speed Limit Laws for Cars

In 1901, Connecticut set a speed limit for cars, this was the first speed limit in American history. The speed limit was a meager 12 miles per hour! 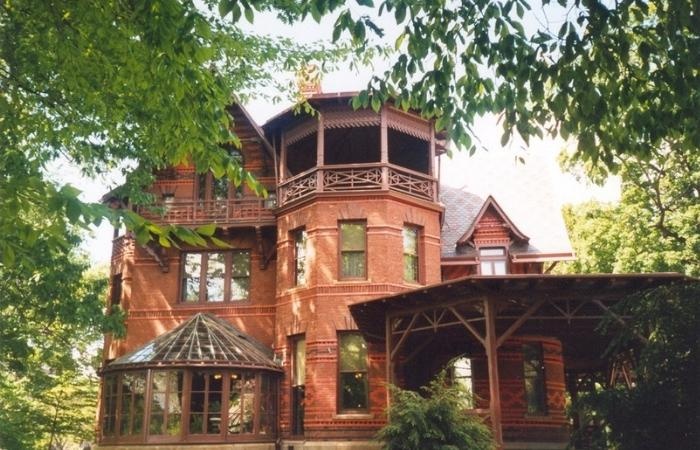 Connecticut is known for Mark Twain and museum. The House & Museum also has a research center that contains priceless historical artifacts related to the writer’s life and work. The house and museum are located in Hartford and is open to the public seven days a week. 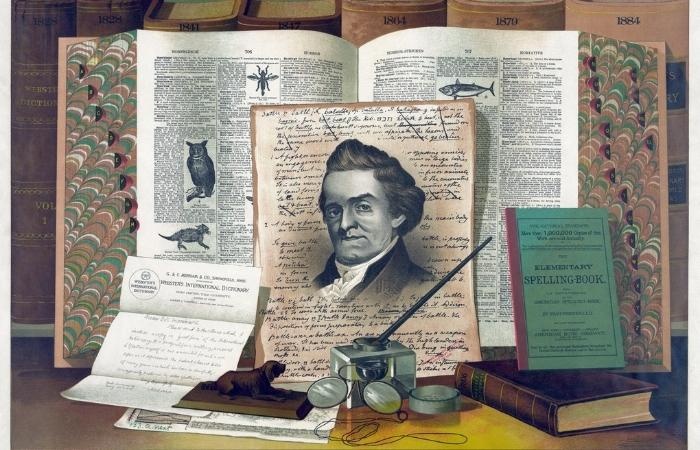 Noah Webster and The First Dictionary

From 1806 to 1820, Noah Webster revised and expanded an American dictionary of the English language. The first edition of this work contained 70,000 words, of which 8,500 were “loan words” from French and 3,000 were native terms. Webster listed these loan words with a large black star, a practice which his successors have discontinued.

In 1828 Webster published an expanded edition of the dictionary in two volumes, which collectively were 30% larger than the first edition. This was done by doubling, rather than simply increasing, the number of pages in each volume. 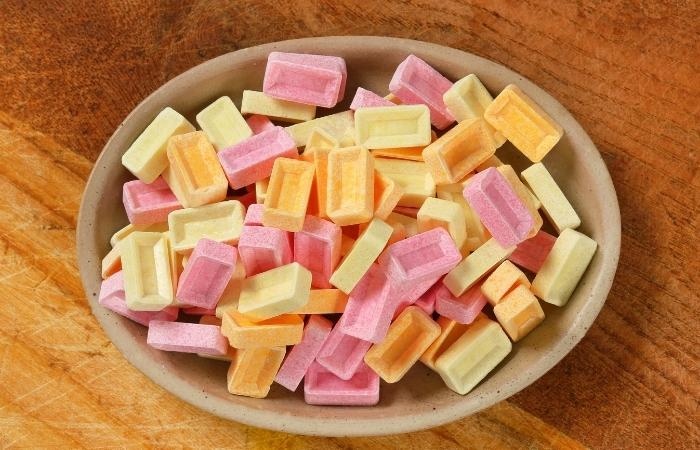 The PEZ candy company began in Austria, but it is now headquartered in Orange, CT. The first U.S. plant opened in 1974 and now the company makes over 20 million dispensers a year. The very first displays were made of wood, but now they are made of plastic. Some popular dispenser shapes include: holiday characters, baby animals and sports figures. 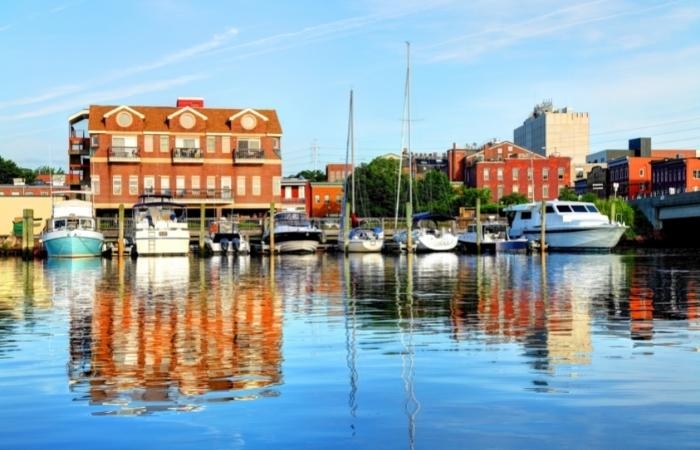 Held annually in September, the Norwalk Oyster Festival has been named one of the top 10 seafood festivals in the country. Visitors to the three-day festival can sample a wide variety of seafood, meet local fishermen and take in live music. 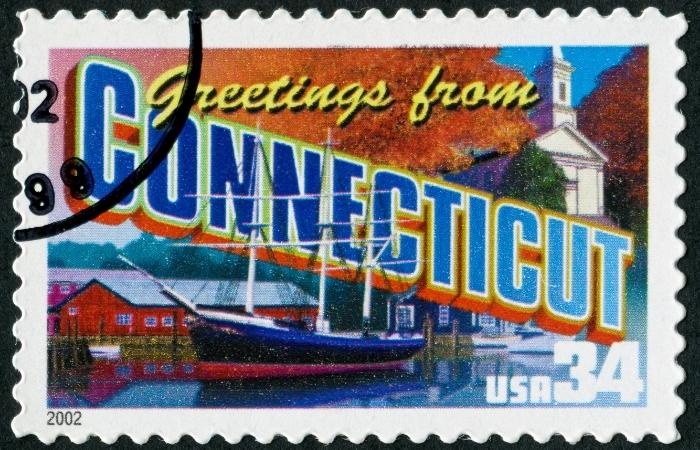 Connecticut is a small state on the East Coast that has a long history in the formation of the United States. It is also a beautiful escape from the hustle and bustle of neighboring New York and New Jersey. It’s a great place for history buffs and nature lovers to visit.