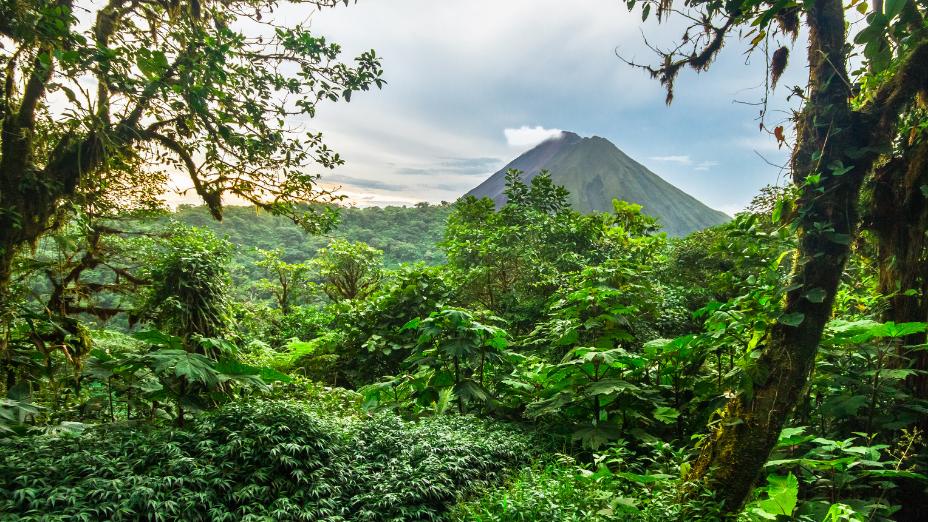 What Is Costa Rica Known For

For many, Costa Rica is seemingly the ideal travel destination, or at least social media makes it seem so. However, many people may not know much about Costa Rica outside of the gorgeous travel pictures that you see online. This primarily Spanish-speaking country is a great place to start your Latin American adventure.

Costa Rica is best known for its stunning natural environment and rich cultural heritage. It has a huge diversity of wildlife, a fascinating culture, amazing coffee, and over 25% of the country’s land is dedicated to national reserves, making it the most eco-friendly country in Latin America.

In the rest of this article, we will further discuss the things that make Costa Rica so special to so many people, including the abundance of wildlife, the incredible national preservation program, the coffee, and the Costa Rican culture. 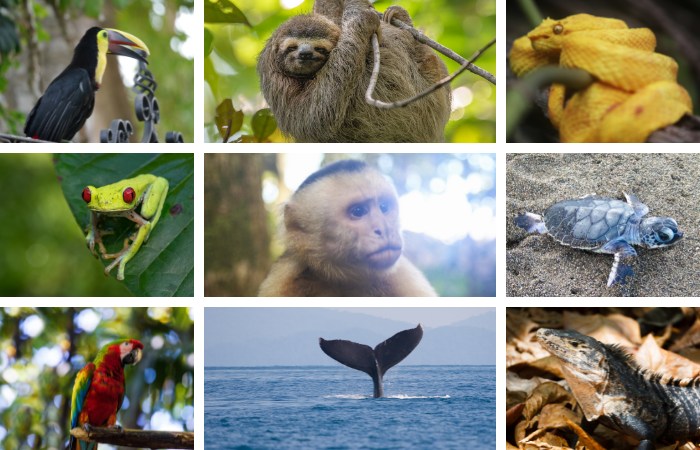 Chances are if you’ve heard anything about Costa Rica, you’ve heard plenty about the incredible wildlife that can be found there. It is one of the most biodiverse countries and with over 12 microclimates featured in the same country. In some national parks, you can find more than three types of ecosystems, all in the same park.

Costa Rica is home to approximately 4% (more than half a million) of all known species in the world. This biodiversity is primarily due to its neotropical climate and unique location, situated right between North America and South America.

While you may be used to seeing selfies with sloths coming from Costa Rica, mammals don’t make up the majority of the species in Costa Rica. As a matter of fact, they’re actually the least common – the country is home to many more species of invertebrates and birds. 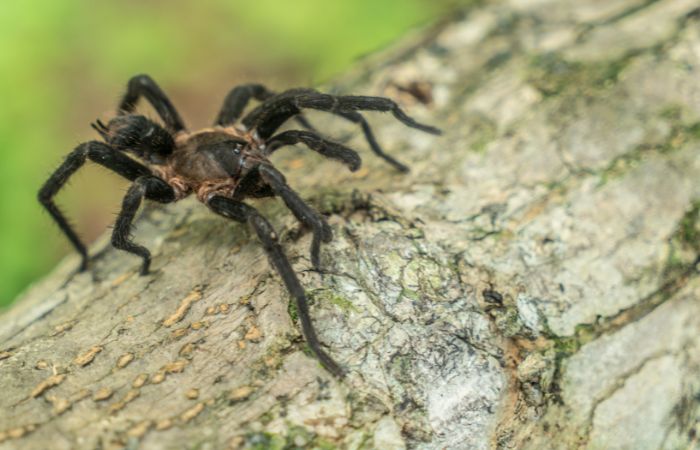 Many of these butterflies are unique to the country, including the beautiful blue morpho butterfly, a large butterfly whose wingspan can reach 8 inches (20 cm). Additionally, the owl butterfly boasts a pattern resembling owl-eyes.

One of the most stunning butterflies in Costa Rica (and one of my personal favorites) is the glass-wing butterfly. There are many different species of glass-wing butterflies, and they are found throughout Latin America. They are characterized by their transparent, “glass-like” wings and are quite the sight to behold, especially when seen flying in groups.

Outside of the gorgeous butterflies, Costa Rica is home to an abundance of other invertebrates, including many species of tarantulas and scorpions. 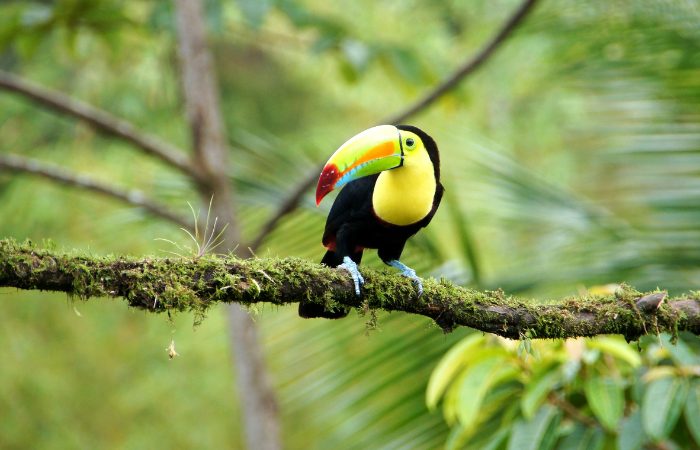 The second most common group of creatures in Costa Rica are our stunning avian friends and believe me, the Costa Rican varieties are particularly beautiful. There are almost 900 species of birds found in Costa Rica (like the ever-popular and stunning scarlet macaw), including over 50 species of hummingbirds.

As a matter of fact, there are so many hummingbirds that the Costa Rican government has even built a special hummingbird garden in Selvatura Park, one of the more popular parks in Costa Rica.

While this may seem like a ton of hummingbirds for one relatively tiny country, it actually makes a lot of sense if you think about the climate.

Hummingbirds are capable of flying exceptionally quickly, and they hardly ever stop. Naturally, this burns a lot of sugar, which also means they need pretty much constant access to a food source. That’s where the temperate Costa Rican climate comes into play.

In the colder parts of North America, we feed passing hummingbirds out of feeders that are often made to resemble the open blooms of tropical flowers. In Costa Rica, those flowers grow naturally, making for easy access to the constant supply of sugary nectar that hummingbirds need to keep their wings beating as quickly as they do. 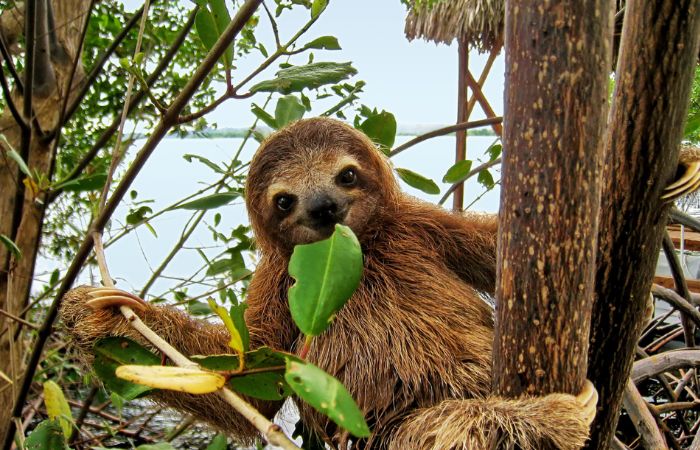 In addition to the creepy crawlies and feathered friends, you will also find plenty of unique mammals in Costa Rica, including the ever-popular sloth. Sloths have become increasingly coveted as a photo opportunity over the last couple of years, and if you want to see one in the wild, Costa Rica should be your next vacation destination.

This country is home to a few different species of sloth and, due to the remarkable amount of protected land, their population numbers are doing quite well. This means that if you want to see one, you have a pretty good chance of doing so.

In addition to the lovable sloth, Costa Rica is also home to several types of wild cats, including ocelots and pumas. However, don’t go there expecting to see these elusive creatures – they are typically timid and avoid humans as much as they can. If you want to see one of these fantastic felines in person, your best bet is to visit a wildlife rehabilitation center. There, you can safely observe the animals that are being rehabilitated for their release back into the wild. 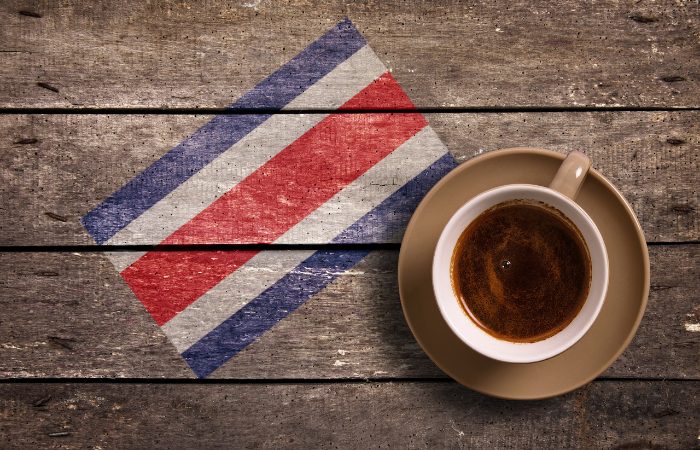 Costa Rica Has Some of the Best Coffee in the World

Believe it or not, bad coffee is actually illegal in the country! In 1989, the Costa Rican government passed a law prohibiting farmers from producing anything other than 100% Arabica coffee, which is widely known as the best kind of coffee in the world.

Costa Rica has 8 distinct coffee-growing regions. High-quality coffee beans, such as Arabica beans, are notoriously difficult to grow and need a specific climate found in very few countries. Costa Rica is one of the few places that can perfectly accommodate these needs, allowing the country to have so many growing regions. Additionally, each of the regions produces coffee with its own signature taste, so there’s something for everyone!

Arabica coffee must be grown at a high altitude with mild temperatures. If the temperature varies too much, the plant will not produce that year. That’s one of many reasons that Costa Rica is the ideal place to grow coffee. The temperature typically varies less than 20°F (6.67°C) throughout the year, which is ideal for growing coffee.

Furthermore, most coffee is harvested by machines. However, the majority of Costa Rican coffee beans are handpicked – growers know the importance of treating each bean as unique rather than a mass-produced product. Like with everything else about Costa Rican coffee, excellence comes first – and this culture helps ensure that the coffee you enjoy is some of the best you’ll ever taste! 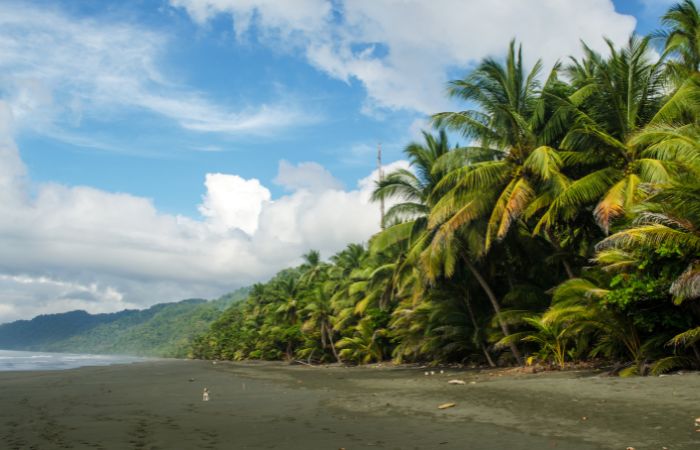 While Costa Rica might initially be most well known for its diverse wildlife, that wildlife would not exist today without the incredible national park program that Costa Rica has managed to create and maintain.

Despite being a relatively small country at only 51,000 square kilometers (19,691 square miles), Costa Rica is known for having hundreds of national parks and reserves that span all across the country.

The country boasts over 161 national parks, refuges, and protected areas which take up over 25% of Costa Rica’s total landmass. This makes it one of the most protected countries in the world in regards to its natural environment.

Latin American countries are typically not the most well known for their environmental protection initiatives. Brazil is constantly making the news with deforestation, and Mexico constantly struggles with pollution, but Costa Rica has set out to change that.

Costa Rica was one of the first Latin American countries to take the initiative to begin protecting and preserving its environment. The Costa Rican National Park System was established in 1970 and has continued to grow into what it is now, a massive initiative that protects over 25% of Costa Rican territory from harmful development. 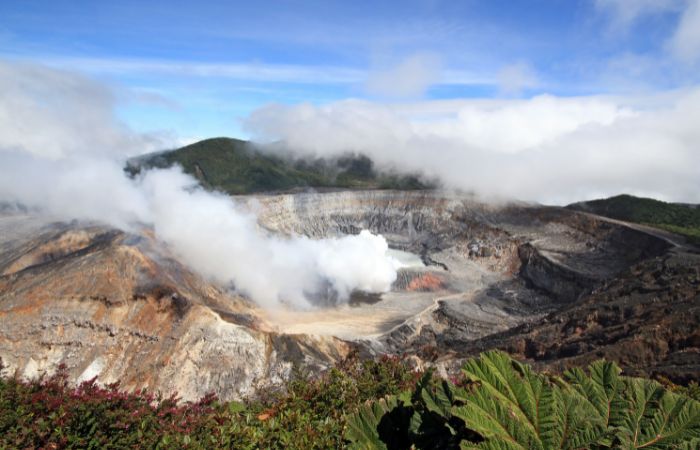 Five Parks Are More Popular Than The Rest

Despite the existence of over 150 national parks and protected areas in Costa Rica, only five of them are heavily visited.

These are the most popular parks because of two major factors – accessibility and information.

The Costa Rican government does not heavily publicize many of its parks and reserves, which makes it more difficult for tourists to find them. The most popular parks have pre-established bus routes or accessible roads that lead to their entrances. They also have many tour guides available.

The majority of the lesser-known parks do not have either of these, and many of them don’t even have updated maps. This makes many of them virtually impossible to visit.

However, where there’s a will, there’s a way. If you are determined to visit more than just the most popular parks, your best bet will be to find a local that can show you around safely, so you don’t get lost.

Costa Rica is Known for Its Vibrant and Hospitable Culture

Costa Rica is known as one of the happiest countries, and its life satisfaction scores are consistently rated as some of the best in the world.

It’s also known as a blue zone, meaning that its citizens are exceptionally long-lived and suffer from few chronic health conditions. There are many factors that contribute to this, including their religious values, progressive government, and their “Pura Vida” way of life.

Costa Rican culture, like many Latin American cultures, is a melting pot. It not only features the indigenous cultures of that region as well as heavy influence from the colonial Spanish, there are also influences from other cultures, including Jamaica and China. 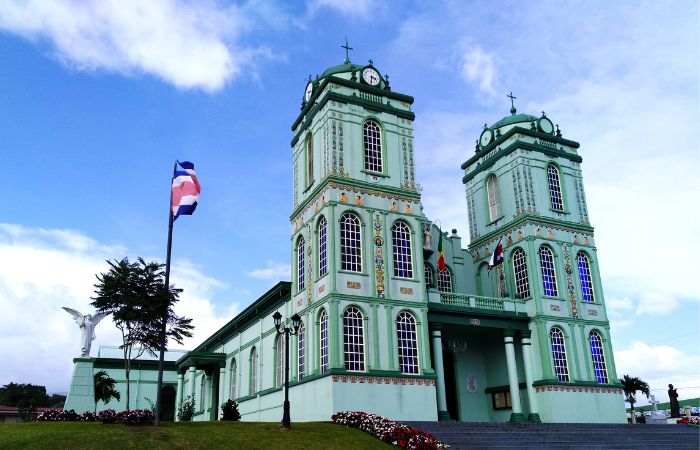 Catholicism Is the Primary Religion

Like many Latin American cultures, the primary religion in Costa Rica is Catholicism. This is because of the influence of the Spanish colonizers, who forced the indigenous population to convert to Catholicism – a change whose impact is still visible. Today, over 60% of the country’s population identifies as Catholic.

While you will also find a heavy Catholic influence in many other Latin American countries, there is one unique thing about Costa Rica. Costa Rica has taken the step to name Catholicism the national religion of Costa Rica, and it is obligatory to study the religion in school.

It’s been said, the strong Catholic influence in Costa Rica may be one of the most significant reasons that Costa Ricans are so happy. In many of the happiest countries all over the world, there is a strong sense of spirituality. This ties the people together and gives them a common goal to work for, which can enhance life satisfaction scores.

Costa Rica’s government has made both national education and healthcare for all a hallmark of their public policy. Additionally, the country is ahead of much of the world when it comes to environmental regulations. They have over one-quarter of all their territory protected from harmful development, and it is considered one of the best countries to visit to experience the natural world. 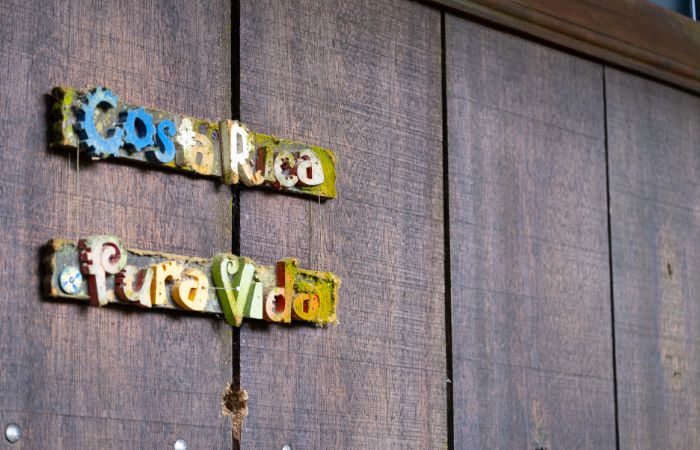 One of the most well-known hallmarks of Costa Rican culture is this phrase, “Pura Vida.” It is a representation of the joy that Costa Ricans have learned to appreciate in their day-to-day lives.

“Pura Vida” means “simple life” and is used as a greeting, a farewell, and as a casual interjection in conversations. Costa Ricans are often characterized as laid-back, friendly people who don’t take things too seriously, and that is what this phrase is meant to signify. It is intended to show that joy comes from appreciating the simple things in life and that we don’t need much to be happy. 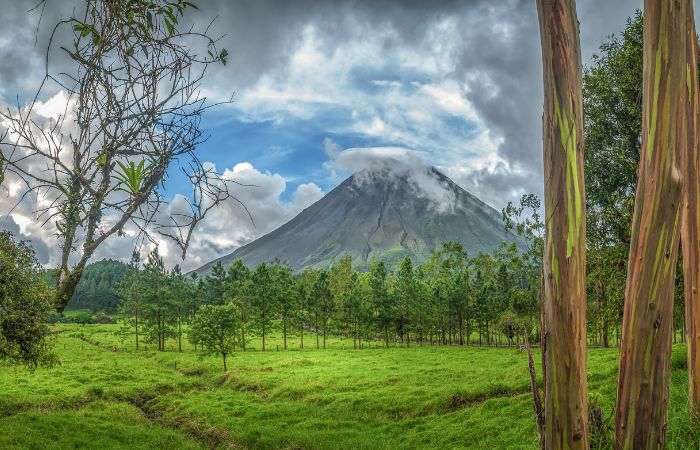 Costa Rica is known as one of the most beautiful vacation destinations in the world. With its gorgeous beaches and rainforests, it seems to be on everyone’s travel bucket list. However, Costa Rica is more than just a photoshoot opportunity.

Costa Rica is a country with a rich environment and culture that cannot be experienced anywhere else in the world. If you want to encounter a fantastic mix of animals, environments, and cultures, all in one spot, then Costa Rica might be the next place for you.

If you’re planning a trip to Costa Rica we recommend Hostel World here for the top accommodation options and checking out Fodor’s Travel Guide to Costa Rica here.