Top 12 Things Cuba is Known For 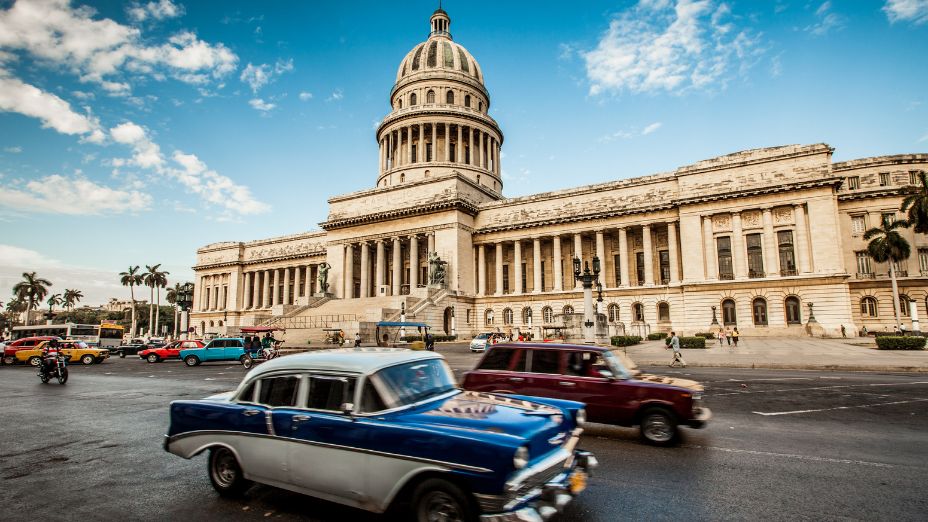 What Is Cuba Known For

When it comes to the most fascinating countries in North America, Cuba definitely has to be up there. It has played a significant role in modern politics, especially in its position during the Cold War. However, there’s much more to this country than its political relationships.

Cuba is known for its cigars, rum, cocktails and beaches. It had a big role during the Cold War, the Bay of Pigs Invasion, and the Cuban Missile Crisis, along with the activities of Che Guevara and Fidel Castro. Other famous elements include its architecture and classic American cars from the 1950s. The island nation has become a popular tourist destination.

If you’re looking to learn more about one of America’s closest neighbors, you’re in the right place. I’ll walk you through the points mentioned above and also let you in on some other things Cuba is known for. 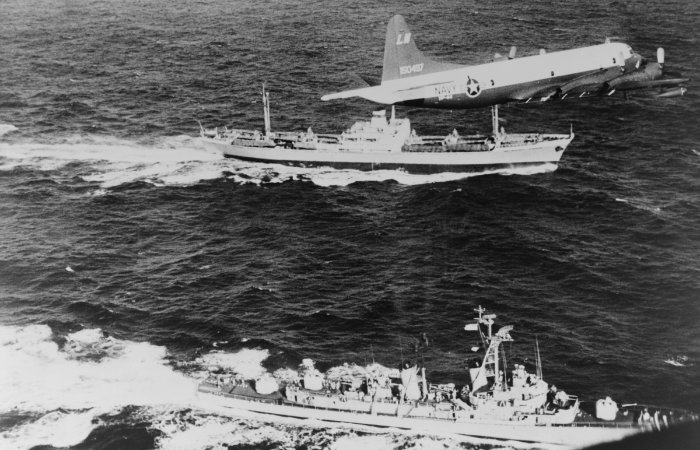 Cuba Played a Major Role During the Cold War

Despite being a relatively small country, Cuba was an extremely important country during the Cold War.

Cuba gained formal independence from both Spain and the United States in 1902, becoming the Republic of Cuba. The United States intervened several times in Cuban elections, leading to a government favorable to their interests.

However, in the 1950s, there was a growing desire for political change in Cuba. In 1956, Fidel Castro and his supporters landed in Cuba, starting the July 26th Movement. His forces captured the capital three years later, in 1959.

Castro legalized the Communist Party and signed a commercial agreement with the Soviets in 1960. In response, the United States imposed a series of sanctions over the next four years. 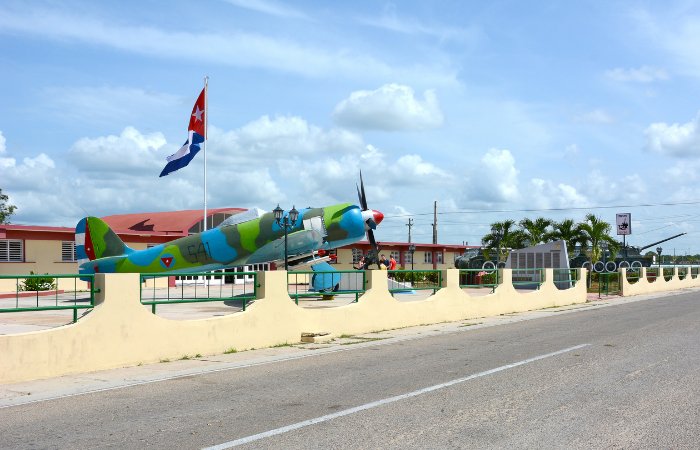 The Bay of Pigs Invasion

Under Presidents Dwight Eisenhower and John F. Kennedy, about 1400 Cuban refugees were trained and supported by the American government to enter the country and overthrow Castro.

This invasion happened on 14th April 1961, and the refugees entered the country via the Bay of Pigs. They were quickly defeated by local troops and militias, and over 100 of them were killed, worsening the relationship between the two countries. 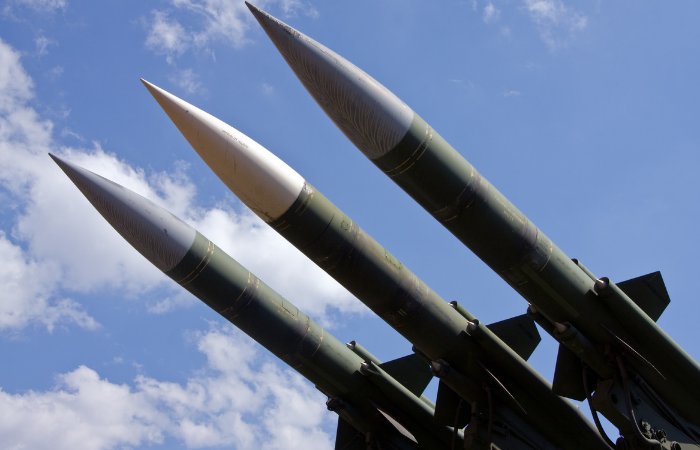 The Cuban Missile Crisis took place in 1962, the year after the Bay of Pigs Invasion. Also known as the Caribbean Crisis, the October Crisis of 1962, and the Missile Scare, lasted for just over a month, between October and November.

Cuba played the role of a proxy state in the Cold War between the United States and the Soviet Union. The Soviets matched American deployments of missiles in Italy and Turkey with their own deployments in Cuba, theoretically allowing them to attack the US mainland directly.

The crisis is considered to be the nearest that the Cold War came to erupting into nuclear war. It was finally defused after the two countries reached an agreement, in which the US dismantled its missiles in Turkey, and the Soviets agreed to do the same for their missiles in Cuba. 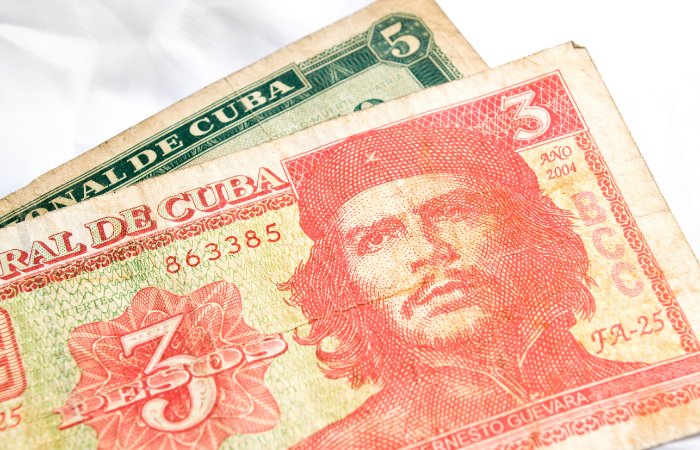 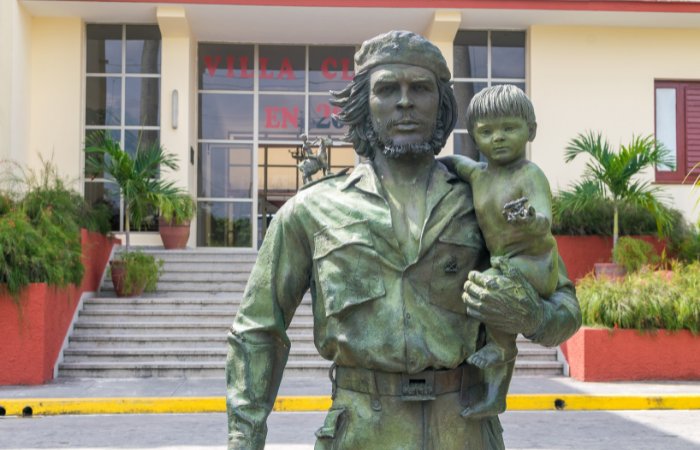 Guevara was born in Argentina but became a prominent figure in the Cuban Revolution. He was a Marxist revolutionary and guerrilla leader and became Minister of Industries after the revolution led to Castro becoming Prime Minister of Cuba.

He played a major political role during both the Bay of Pigs Invasion and the Cuban Missile Crisis and helped develop and champion a nationwide literacy campaign. The campaign lasted eight months and was extremely successful, leading to a sustained drive for literacy.

Guevara left the country in 1965 to help with revolutions across South America and Africa. He was captured by Bolivian forces in 1967, where he was executed.

However, he remains a popular historic figure and has captured the public imagination.

He is used as an icon in numerous leftist movements and is a popular figure on t-shirts and other items of clothing across the world. A photograph of him by Alberto Korda is considered to be the most famous photograph in the world. 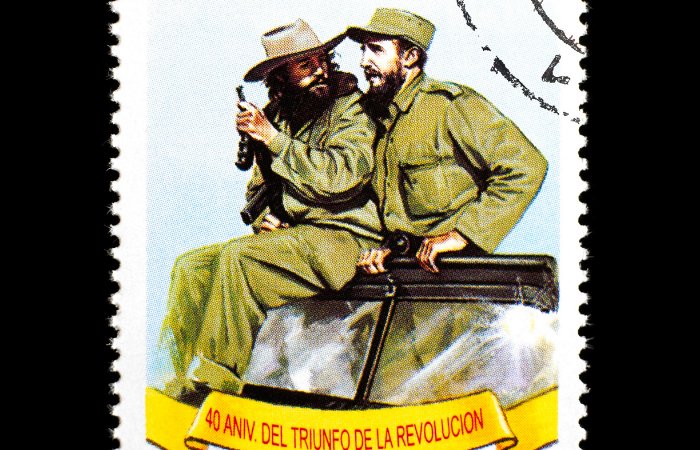 Castro was born in Cuba and participated in revolutions in both Colombia and the Dominican Republic.

After these, he planned an overthrow of the Cuban President in 1953. This attempt failed, leading to a year’s imprisonment, after which he traveled to Mexico and formed the July 26th Movement.

After the success of the Cuban Revolution, he assumed power as the Prime Minister of the country. Like Guevara, he played a significant role in the events that followed during the Cold War. He was the longest-serving non-royal head of state until his resignation in 2006, following which he transferred his powers and responsibilities to his brother and Vice President, Raúl Castro.

Raúl was elected President in 2008.

Throughout his life, Castro was a major thorn in the side of the United States. The CIA made numerous attempts to assassinate him in the 1960s. While the attempts slowed in frequency, they did not stop entirely in later years, and estimates hold that Castro survived about 638 attempted assassinations by the CIA alone.

Assassination attempts were often elaborate and complex and reportedly involved:

These numerous attempts have become the source of a lot of public attention and even resulted in a documentary, 638 Ways to Kill Castro. 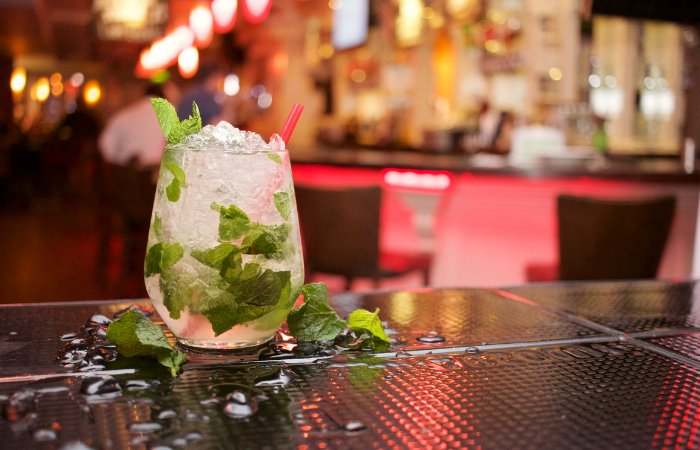 Cuba Is Known for Its Rum and Alcoholic Cocktails

Cuban rum is considered among the best in the world.

Though the country is not the originator of the drink, the drink holds a vital place in the national consciousness. It is a major industry and even plays a part in traditional religions.

There is a tradition of pouring the first few drops of a new bottle of rum on the floor “for the saints.”

The drink is made from molasses, which is a by-product of the sugarcane that forms the bedrock of Cuba’s economy, or from sugarcane itself. The tradition of making rum in the country can trace its roots back to Cuba’s time as a Spanish colony.

Sugarcane was introduced to Cuba by Spain, and large-scale production first began in the 16th century. Initially, the alcohol made of sugar was aguardiente (“firewater”) rather than the rum of today.

It is still available in the country and plays an important role in religion.

The demand for sugarcane and rum from Cuba led to Spain sending enslaved Africans to the country to work in the sugarcane fields. This decision significantly altered the country’s social, cultural, and racial makeup. 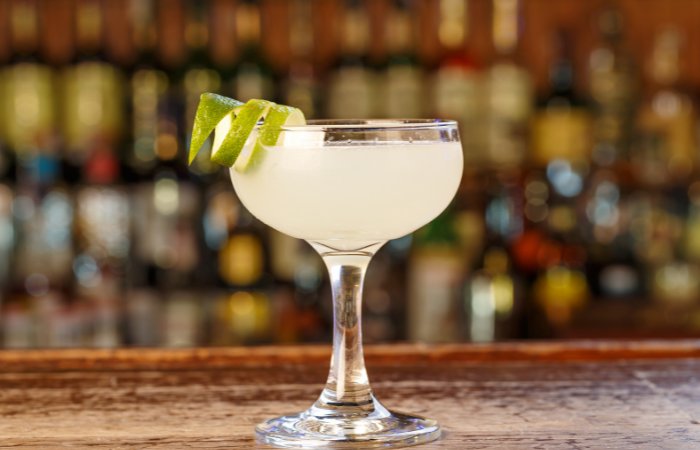 Cuban rum is praised for being smoother and lighter than other rums.

The demand for this product has risen in the United States specifically due to two reasons:

Aside from rum, Cuba is also known for several alcoholic cocktails, including: 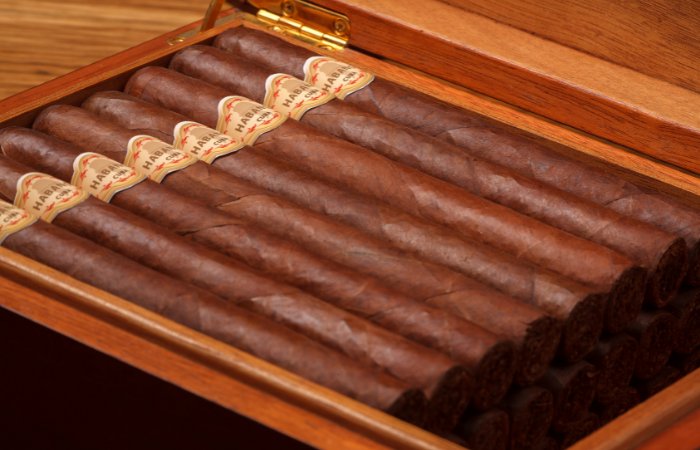 Cuban Cigars Are Coveted Around the World

While rum may be the more important product within the country, it’s cigars that Cuba is really known for around the world.

Cigar tobacco is grown mainly in Central America and the Caribbean, and it has been grown in Cuba for hundreds of years. Cigars specifically have been produced in the country since the 16th century.

The country has a uniquely appropriate climate for tobacco growing, thanks to the right mix of both humidity and sunlight. Cuban cigars are usually made from a blend of five kinds of tobacco, traditionally grown in a stretch of land in Pinar del Rio known as Vuelta Abajo.

While the cigars are undoubtedly high-quality, their popularity mainly stems not from their taste. Instead, it’s more about the American import restrictions on Cuba.

The cigars have long been popular among major political figures and celebrities. Castro’s fondness for cigars was used as part of an assassination attempt by the CIA, and Churchill’s love for Romeo y Julieta was so well-known that the brand named a cigar variety after him in 1947. 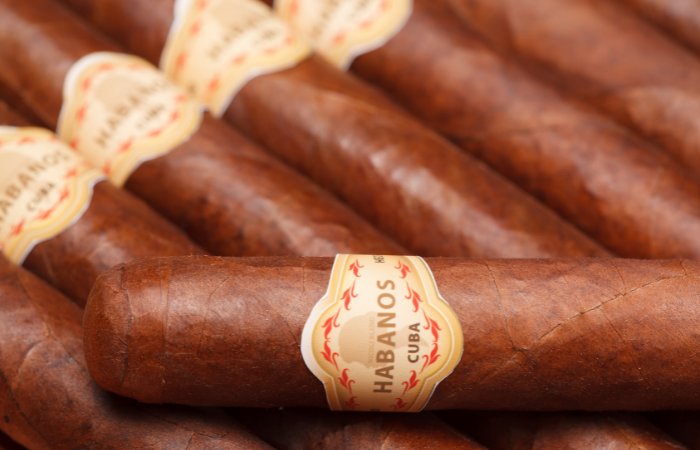 However, following the Cuban Revolution, the United States banned imports of cigars. This led to Cuban cigars gaining popularity as forbidden fruit and a symbol of wealth and access in America, a notion that has persisted to this day.

It is estimated that, despite the embargo, $300 million of which was bought by Americans alone. Following the thaw in relations between the countries under Barack Obama, it is legal for Americans to purchase small quantities of cigars for personal use.

However, commercial import is still restricted. 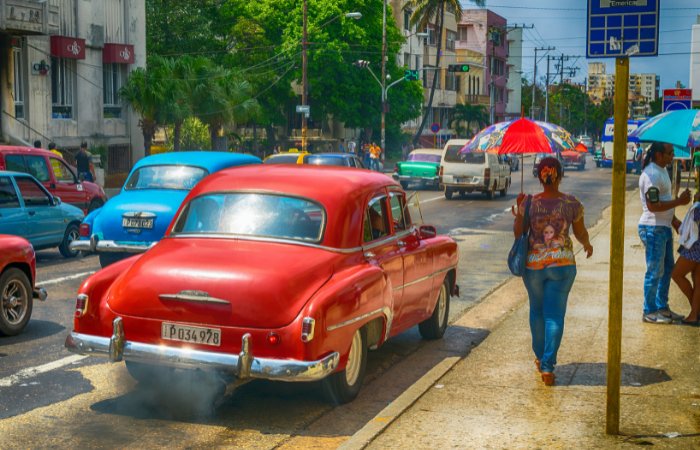 Cuba is a hub of classic American cars, especially those manufactured in the 1940s and 1950s. If you visit the country, they’re just about everywhere.

But why this fascination with classic cars?

Like many other points discussed in this article, this interest comes from the American embargo on trade with Cuba, but in this case, it’s American exports to the country.

Cuba was a major destination for American car exports during the early 20th century. However, following the revolution in the late 1950s and 60s, not only was trade impacted, but Castro also retaliated to the embargo by banning the import of American cars and other mechanical parts. 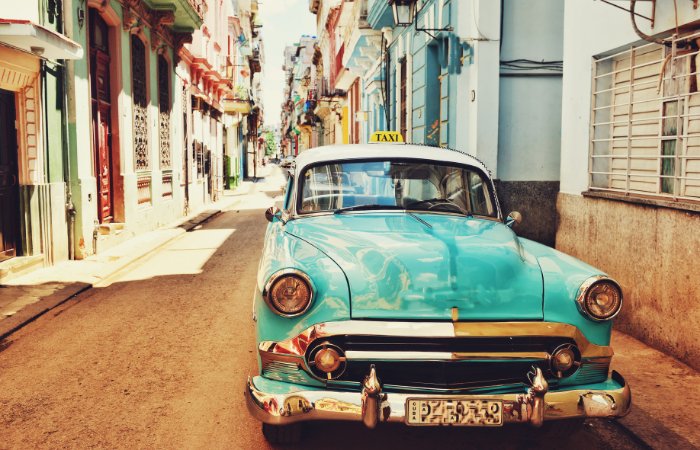 So, car owners had to become skilled mechanics, making their existing cars last as long as possible. This, in turn, essentially resulted in Cuba becoming a living museum of vintage American cars.

In 2016, import and export restrictions around cars were relaxed, leading to an influx of new models. However, they are still highly regulated, making them too expensive for the average Cuban citizen.

This also means that you shouldn’t expect to see an end to the Cuban fascination with vintage cars anytime soon. 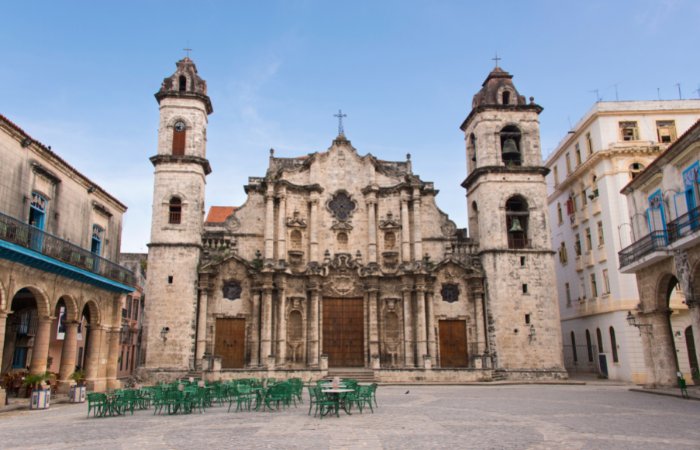 Cuba Has Some of the Most Fascinating Architecture in the World

Cuba’s history as a Spanish colony means that there are still many elements of Spanish culture recognizable today, especially in the country’s architecture.

There are numerous classic architectural styles dotting the Cuban landscape, including:

Additionally, the United States also influenced architecture in the country prior to the revolution. The Cuban capital in Havana, for example, bears a striking resemblance to the U.S. Capitol. 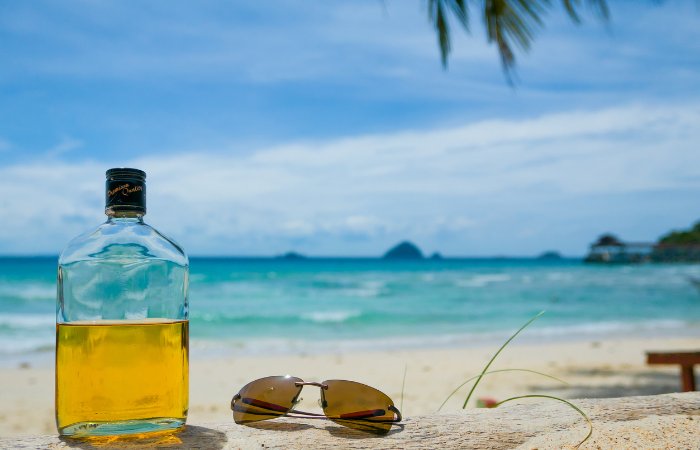 Beaches, tourism, and all inclusive resorts

Cuba has become a popular tourist destination for many world travelers. The island may have no travel relations with the United States, however the rest of the world visits Cuba in massive numbers. A record 4 million visitors in 2019 alone. This accounts for about 10% of their GDP. (Americans can still get to Cuba; they just have to jump through some hoops.)

The country’s natural beauty is amazing beaches, scenic terrain, mountains, and lush green jungle that surround and cover the island.

One of the biggest draws for tourists is the all inclusive resort which with the ticket of your flight you get all you can eat food and drinks, as well as accommodation. These are a great option to save on a trip and get to see a cool place like Cuba.

Just make sure you escape the resort and explore all that is Cuba. Make sure you interact with locals and don’t get caught in the trap that is day drinking and long nights drinking.

Cuba’s frosty relationship with the United States over much of the late 20th and early 21st centuries has meant that it has been shrouded in mystery and romance.

However, it remains a popular destination for global tourists, including Americans, following the opening of the borders between the countries and features a rich, complex culture that is as fascinating as it is multi-layered.

We recommend booking your accommodation through Hotels.com for the best rates here.