Top 14 Things Dayton is Known For and Famous For 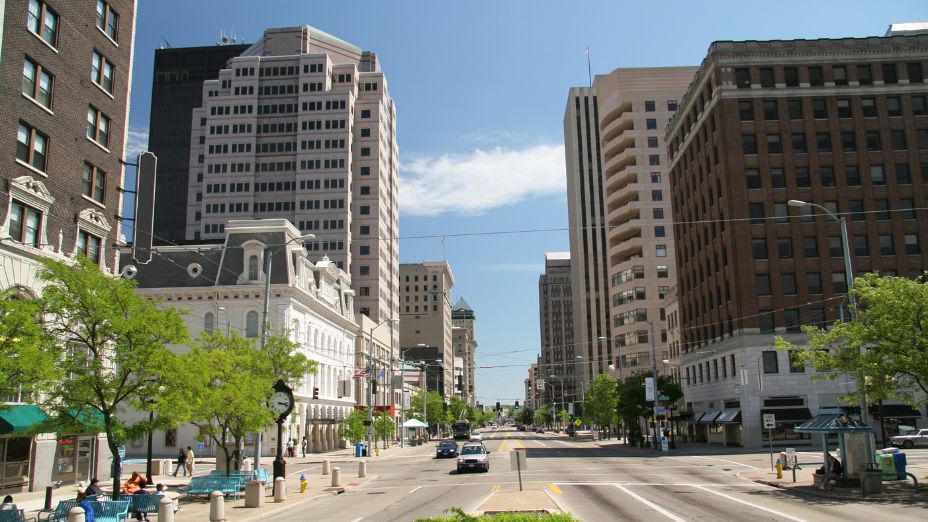 What Is Dayton, Ohio Known For?

With a population of 140,000 people, Dayton is Ohio’s sixth-largest city. Next to bustling urban centers like Cleveland and Cincinnati, Dayton is easy to overlook. So what is Dayton, Ohio known for?

Dayton is known as an industrial metropolis with a rich history and culture. It was named for John Dayton, a captain of the Union army in the Revolutionary war and one of the signers of the U.S. constitution. Dayton is most famous for being the birthplace of modern aviation.

Throughout this article, we’ll explore Dayton’s history, accomplishments, attractions, and even some of its downsides. If you’re traveling through southwestern Ohio and find yourself in Dayton, this article will give you lots of ideas on places to see, so read on! 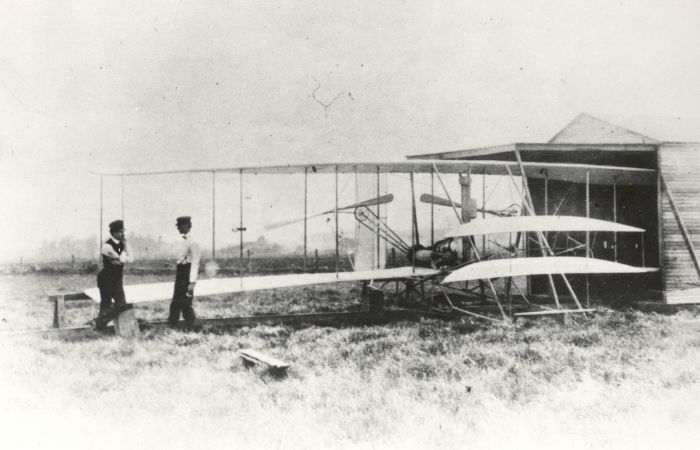 Dayton was founded in 1796 by the twelve settlers of the Thomas Party. It was named for John Dayton, a captain of the Union army in the Revolutionary war and one of the signers of the U.S. constitution. The city was founded shortly following a peace treaty with the Shawnee tribe that allowed for white settlement in the area.

Dayton, Ohio, was officially admitted into the Union in 1803 but wasn’t chartered as a city until 1841. During that time, as the United States was beginning to establish itself as a world power, Dayton served a crucial strategic role. During the War of 1812, the city of Dayton, Ohio, was used as the launching point for the invasion of Canada.

Dayton Is a Center for Research and Progress

In more recent history, Dayton has earned a reputation for being a center of scientific and social progress.

For over a century, Dayton has been associated with innovation and new ideas. Even prior to the dawn of aviation, which boosted the rate of technological progress immensely, Dayton played a critical role in the early industrialization of Ohio.

Over the 1800s, Ohio and especially Dayton became home to a variety of industries, including agriculture, the manufacturing of agricultural equipment, and even a concentration of theological publications. 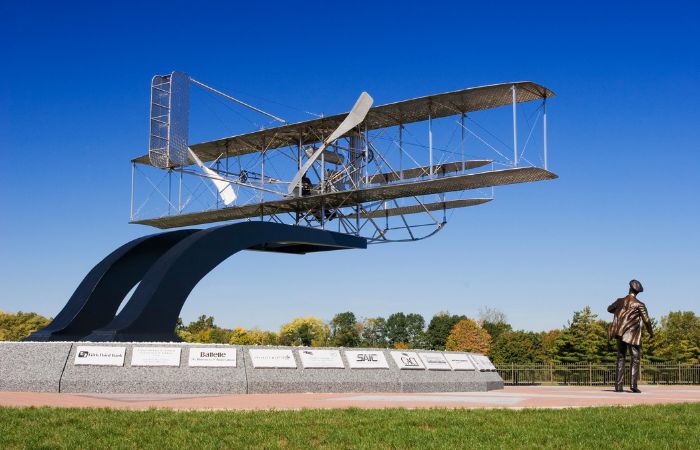 Dayton Is the Origin City of Aviation

Dayton is famously known for its contributions to science and engineering, especially in the field of aeronautics and aviation.

It was in Dayton that the brothers Wilbur and Orville Wright built the Wright Flyer. Although the internationally famous first flight of the Wright brothers’ machine took place in Kittyhawk, North Carolina, the Wright Flyer was built, tested, and returned for repairs to Dayton.

After the first flight at Kittyhawk, the Wright Brothers made other test flights as they continued to perfect their rudimentary airplane over Huffman Prairie, roughly eight miles north of Dayton. 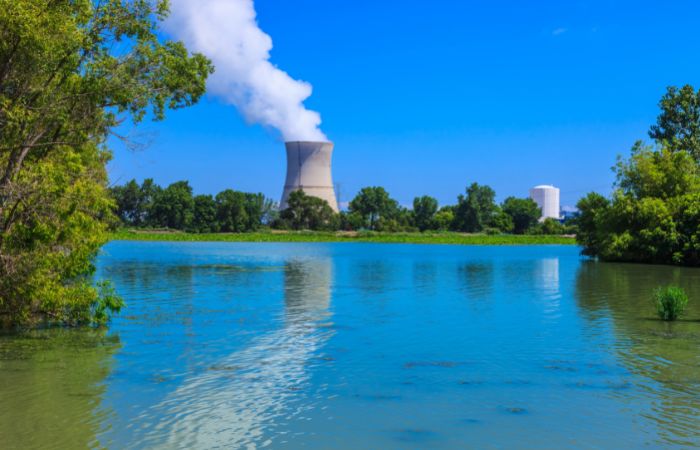 The City Contributed to Nuclear Development

During the second world war, like so many cities around the United States, Dayton became heavily involved in the war effort. Aside from rationing and its historical contributions to aviation, which rapidly became essential to warfare, Dayton was also home to the “Dayton Project.”

The Dayton Project was a small branch of the larger, more famously known “Manhattan Project,” or the development of the nuclear bomb at the end of WWII. Researchers across the city were tasked and eventually successful at developing the polonium trigger mechanism used to detonate the atomic bomb.

Alan Turing Made a Monumental Visit to Dayton

Notable in relation to the War Effort, Alan Turing famously visited Dayton in 1942. Turing is known for the Turing test and is considered to be the father of Artificial Intelligence.

While not one of the Gem City’s native sons, it was at Dayton’s NCR company that Turing demonstrated how the German Enigma machine-encrypted codes could be deciphered using only 96 British Bombe decoding machines, whereas before 336 Bombes were required.

Dayton Had a Role in International Peace Accords

Founded following a peace treaty with the local native population, Dayton, Ohio, has a peacetime record to accompany its accomplishments for the war effort.

The Dayton Agreement, drafted in 1995, was a peace accord intended to quell the conflict between Bosnia-Herzegovina and the former Yugoslavia. The citizens of Dayton took an active interest in the Peace Accord and even turned out to demonstrate their support of international peace, as Richard Holbrook noted in his memoirs.

The citizens of Dayton, according to Holbrook, took pride in being part of the peace accord and the role their city was playing in history. Signs posted around the airport during the time of the peace accord named Dayton as the “temporary center of international peace”.

The citizens showed their support of peace through prayer, hospitality, and even giving a standing ovation for Warren Cristopher in a restaurant, from Holbrook’s account. Ohio, which is famous for a richly diverse population, lived up to its reputation as people came together in support of international peace.

Dayton’s Nickname Is the ‘Gem City’

It’s still something of a mystery how Dayton came by the nickname of the “Gem City.” While Ohio does claim some prosperity from mining, the local resources provide gold and coal.

So, then, how did Dayton earn its nickname? One theory is that the nickname originates from an article in the Cincinnati Daily Chronicle, where a columnist known only as “T” described the city as “the gem of all our interior towns.” Since then, the nickname “Gem City” has been appropriated lovingly by citizens, journalists, and poets alike. 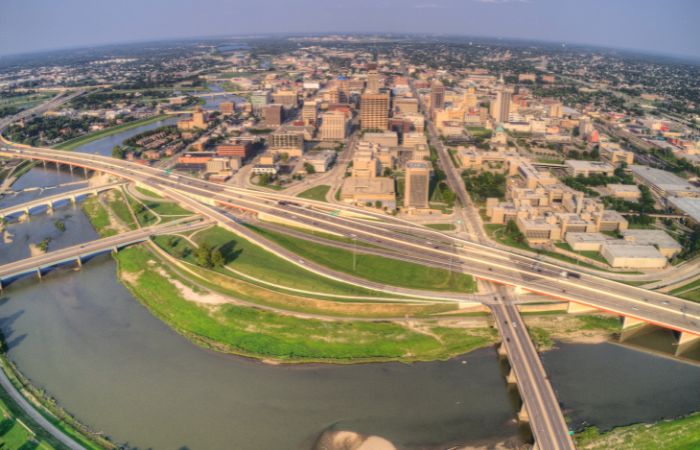 Dayton, Ohio clearly has a rich history and long lineage of accomplishments that make it an interesting destination, even if only for the historical attractions. Modern Dayton in the here and now, however, has plenty of its own to offer both to tourists and residents. 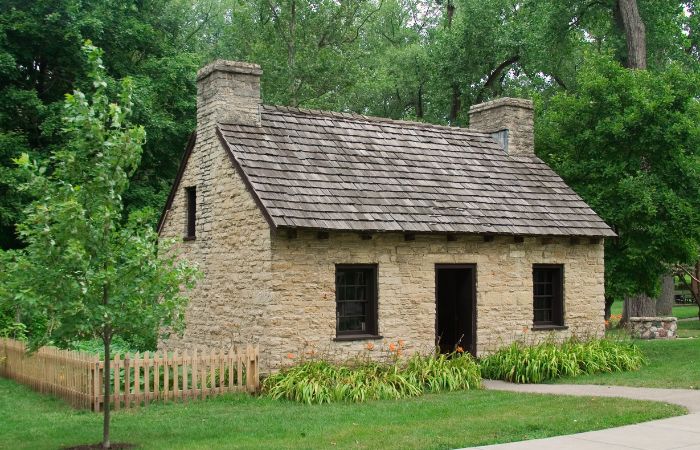 The City Has Numerous Historic Neighborhoods

Dating back as far back as 1796, Dayton has no shortage of beautiful and fascinating historic neighborhoods, with a wide variety of architectural styles that display the city’s history in a tapestry of brick and mortar.

Here, I’ll outline a few of the more interesting historic and well known neighborhoods that draw people to Dayton: 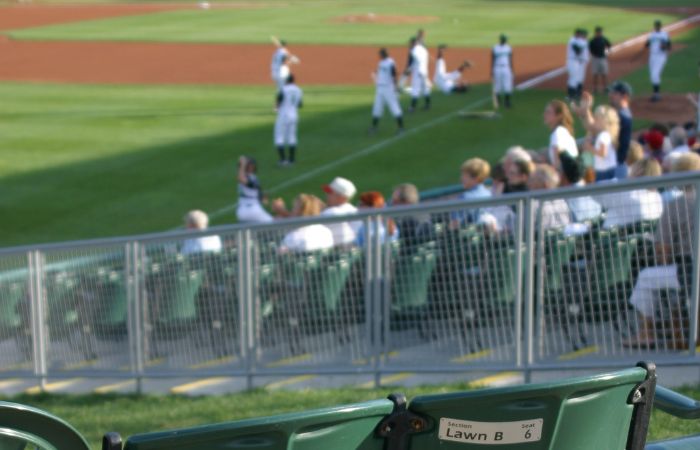 The City Is Home to Multiple Local Sports Teams

Although Dayton doesn’t claim any major league teams, there’s still an appreciation for athletics alive in the city. These are: 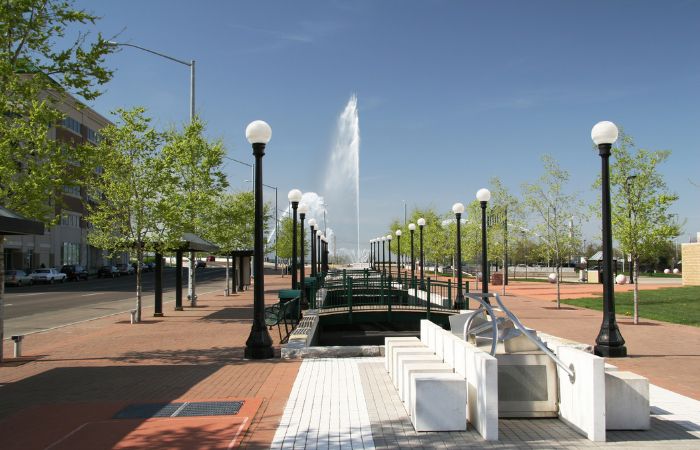 Dayton Has a Thriving Arts and Culture Scene

Dayton’s culture of innovation isn’t confined to the progress of military might and domination of the sky. The fine art produced, represented, and appreciated in Dayton places the city in the top 10% of the country.

The Benjamin and Marian Schuster Performing Arts Center provides a platform for the enjoyment of fine art, including the philharmonic orchestra, ballet, and opera. It’s also a popular venue for traveling lectures, Broadway productions, concerts, and even weddings.

There are several other highly regarded theatres in Dayton, such as the historic Victoria Theatre and the more modern, downtown Loft Theatre.

Dayton is also home to a number of ballet and dance companies, including the Dayton Contemporary Dance Company (DCDC). The DCDC is home to the world’s largest repertory of African-American-inspired dance and is internationally acclaimed. 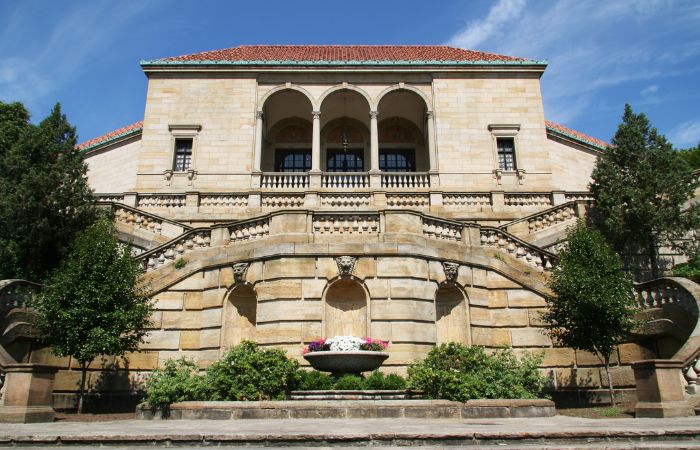 The City Has a High-Ranking Education System

Dayton is also well regarded in the field of higher education, ranked in the top 200 cities by Forbes in 2019.

There are two major Universities in Dayton These are:

Aside from these, there’s a network of smaller community colleges that offer educational options for adults and university-feeder programs to encourage higher learning.

Dayton has a college attainment rate of almost thirty percent, which is in keeping with the average of similarly sized cities according to NCES. 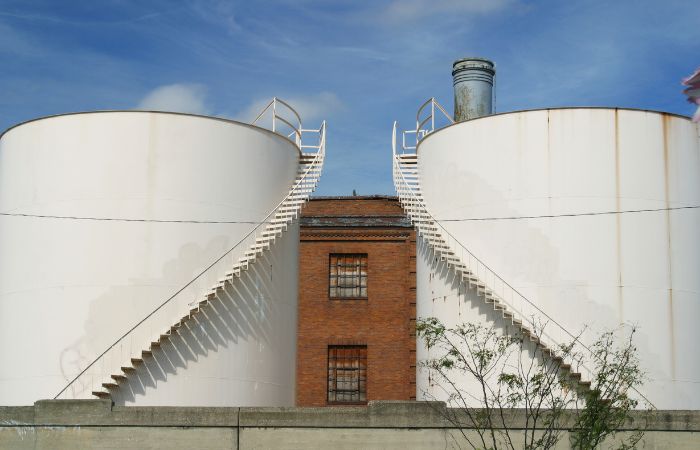 Dayton’s Downsides, According to Local Residents

No city is without its downsides, of course. While the majority of residential reviews are positive, praising the cultural sophistication and surrounding natural beauty that Dayton has to offer, even beautiful cities must have shortcomings.

Some lower points of life in Dayton, however, include a consistently higher tax rate than neighboring suburbs and a relatively mild (what some might consider dull) nightlife.

Being smaller than other, relatively nearby cities such as Pittsburgh, Dayton can’t offer the same abundance of job opportunities or room for career mobility. If your career is relatively stationary, however, residents agree that Dayton provides a more quiet, peaceful living experience than more compacted and congested metropolitan areas.

The Spirit of Gem City

Over the course of this article, one theme has stood out time and time again as an answer to the original question: What is Dayton, Ohio known for?

Dayton, Ohio, is internationally known for the powerful spirit of innovation that has always lived in the hearts and minds of its residents. 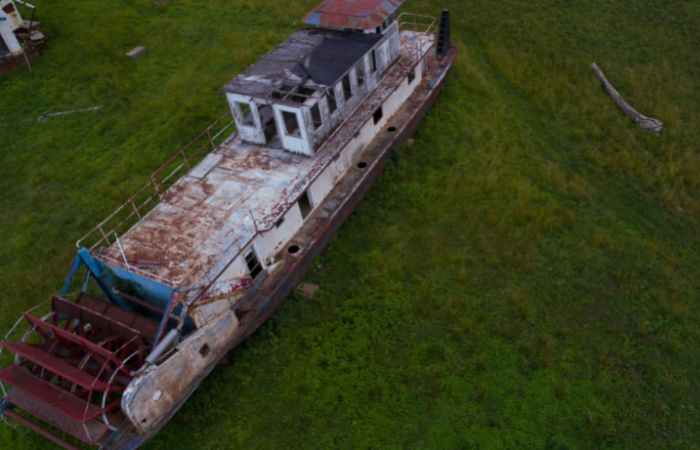 Dayton may not be one of Ohio’s better-known cities, but this little metropolis has a lot to offer! While Dayton, like many other Great Lakes mill cities, has suffered over the last fifty years from the decline of American manufacturing, many Dayton residents are working hard to turn things around.

If you’re looking for charming architecture, flight history, or friendly Ohio people, Dayton, Ohio is a great place to visit!

Learn more about the rise, fall, and transition of this industrial city here.