Top 18 Things Detroit is Known For & Famous For 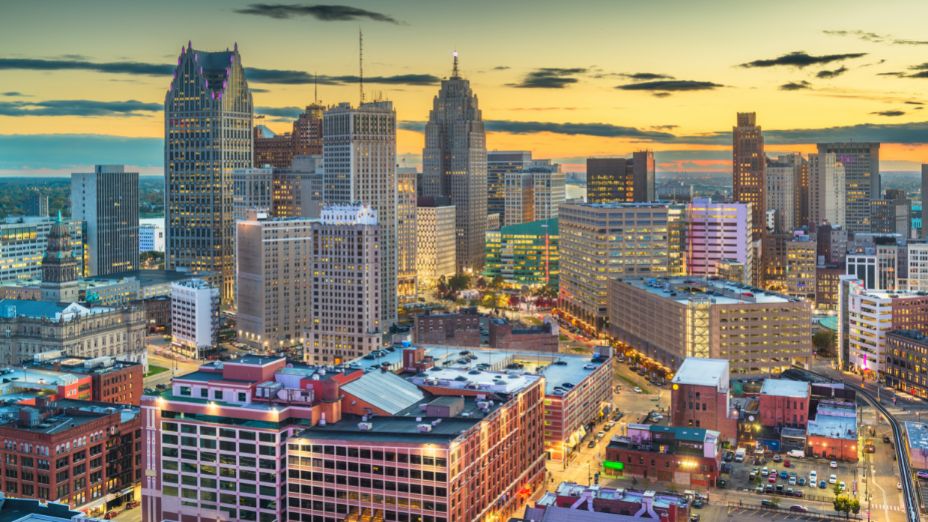 What Detroit, Michigan is Known For and Famous For

Detroit is the largest city in Michigan and among the 50 largest cities in the United States. These impressive statistics are only part of why Detroit has rapidly become one of the top tourist destinations in Michigan. The city has so much to offer for both permanent residents and visiting tourists.

Detroit is known for its connection to the auto industry. However, the city also has historical significance, four professional sports teams, a vibrant nightlife district, and a thriving art and theater scene. Detroit is also known for potato chips, Motown Records, and a few notable public parks.

The city of Detroit has so much more to offer than initially meets the eye. In this article, I’ll explore the unique aspects of Detroit that make it a place worth visiting, so keep reading to get to know the city and all that it has to offer. 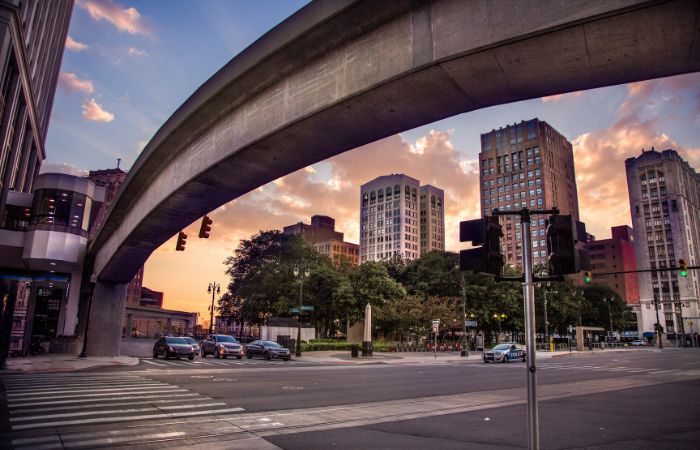 Detroit is a city with a deep connection to the automotive industry.

The city has earned such a strong reputation for the automobile industry that it has the nickname “Motor City.” Even now, Detroit’s contribution to transportation is the single most famous feature of the city.

Although the city has more to offer, visitors will experience the importance of this historical aspect of Detroit.

The most influential factor in Detroit’s reputation as an auto-industry hub is that the city is the birthplace of Henry Ford and Ransom Olds. Henry Ford is the innovator responsible for what’s now known as Ford, and Ransom Olds was the brain behind the Oldsmobile brand.

Detroit’s reputation as the auto hub only grew as the city bustled with innovative factories, which had mastered the assembly line, allowing the city’s production to boom. Thus, the “Motor City” was born.

Today, Detroit is the home of the Henry Ford Museum.

Residents and visitors alike can enjoy viewing historical cars and learning about the history of “Motor City.” But the Henry Ford museum is just one of many attractions featuring the historical significance of Detroit’s automobile industry.

Thought the automobile plays a huge part in Detroit’s history, there is so much more to it. Check out this book on Amazon for a History Lover’s Guide to Detroit. 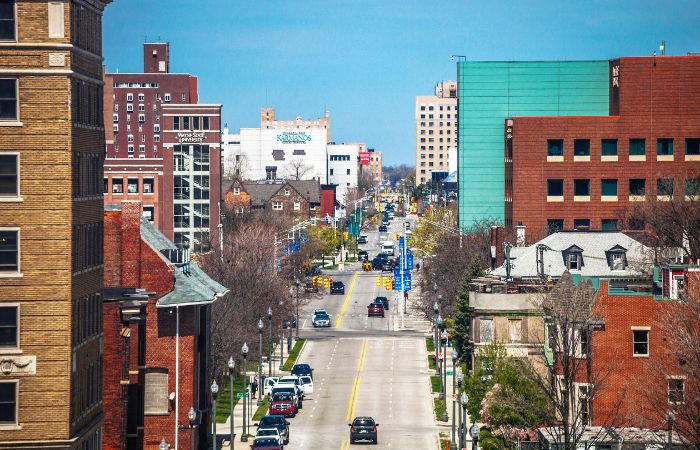 Detroit Is Famous for Beer and Cocktails

During the prohibition era, Detroit was known for its contribution to illegal alcohol transportation across the Canadian border. According to NPR, Detroit residents could smuggle Canadian liquor across the border using the Detroit river.

The liquor would then make its way to Chicago and across America.

All of the smuggled liquor wasn’t transported out of the city, though. Many of Detroit’s modern nightlife scene is built on the history of the city’s speakeasy clubs. According to Visit Detroit, modern tourists can experience authentic Detroit speakeasy atmospheres in many original clubs and buildings.

In addition to a love for liquor and cocktails, Detroit has a huge market for craft beer. There are several respected breweries in the Detroit area where tourists can visit and try out the local craft brew.

Another popular Detroit brewery is Motor City Brewing Works. This brewery has open doors for tastings daily and visitors can request a personalized tour of the brewery for an extra special experience. 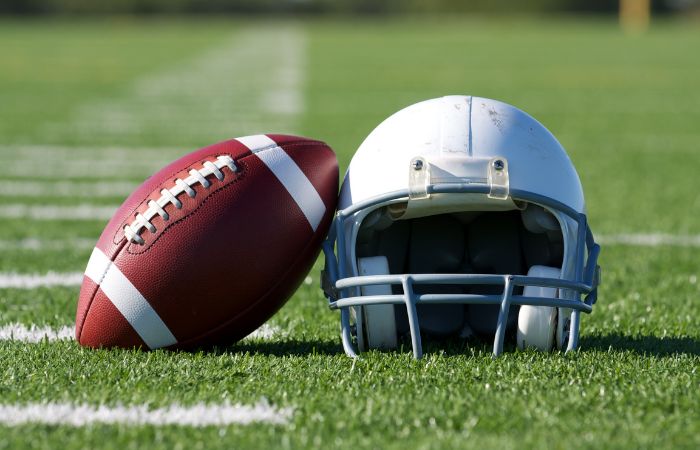 The Detroit Lions are a professional football team that plays in the NFL. The team was originally founded in Portsmouth, Ohio as the Spartans in 1930. During football season, home games are played at the famous Ford Field.

If you are more interested in baseball, then you might be interested in Detroit’s professional baseball team, the Detroit Tigers who play home games at Comerica Park.

The Detroit Pistons represent the city well in the National Basketball Association, and the Little Caesars Arena in the city is the home of the Pistons.

Visitors also often find themselves yearning to visit one of the many stadiums and arenas mentioned above. Stadium tours are available and are a great alternative to catching a game on the off chance that there’s none scheduled for your visit.

Art and Theatre Scene in Detroit

One of the best things about a city like Detroit is that there’s a variety of things to do and see at any given time. Although Detroit may not be the first city that comes to mind when you think of art and creativity, the city’s rich in all different kinds of artistic talent. 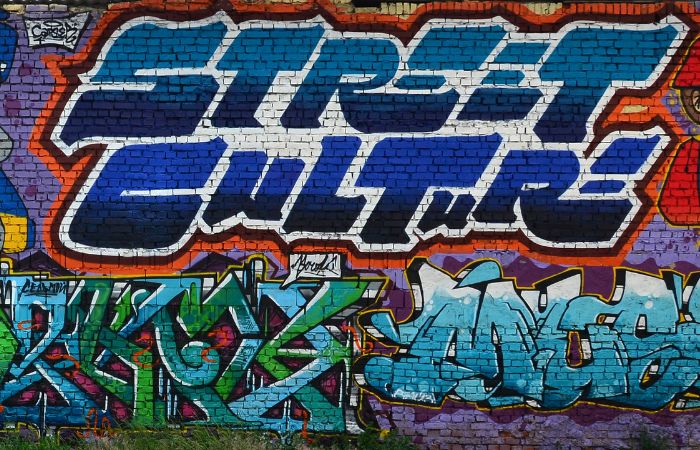 Finding a city with an abundance of affordable entertainment is always a bonus, which is one of the many benefits of living in or visiting a city like Detroit.

Public street art in Detroit is readily available and absolutely free. As you drive around the city, you’ll see public art displays in many different forms. From building murals to complicated sculptures, there’s no shortage of sights.

Several famous street art projects are worthy of a stop for travelers in Detroit.

Several public art displays give the nod to the city’s reputation as the automotive hub of the nation. From junkyards turned to art projects to gigantic painted buildings, Detroit’s street art is a must-see while in the city. 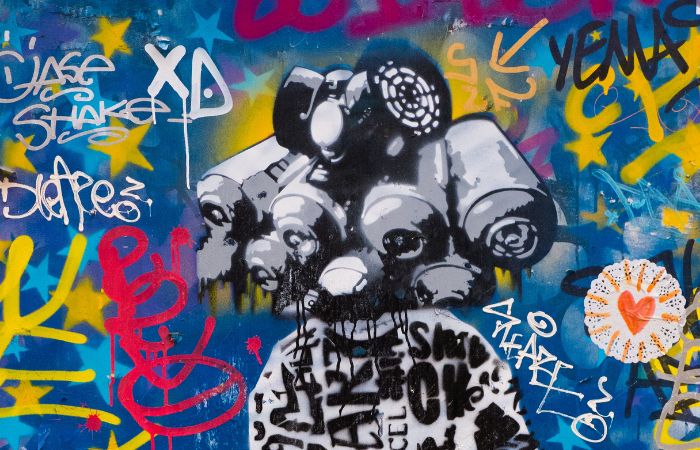 Aside from street art, there’s also a bustling market for art galleries and historical art museums. The city has hundreds of galleries and museums available for viewing some of the most impressive art pieces on a whim.

The largest of these is known as the Detroit Institute of Arts.

Housed inside a uniquely designed building, the DIA is over 500,000 sq ft (46,451.52 sq m) and has one of the largest collections of historical and modern art available to view in the United States.

If you’re more interested in contemporary art, you might be interested in visiting the Museum of Contemporary Art Detroit. Artwork featured in the museum is considered among the most innovative and fresh in the country.

There are also many culturally diverse art museums located throughout the city.

The Charles H. Wright Museum of African American History is an excellent learning opportunity for visitors. The museum features art and other collections from Detroit’s rich African American history. 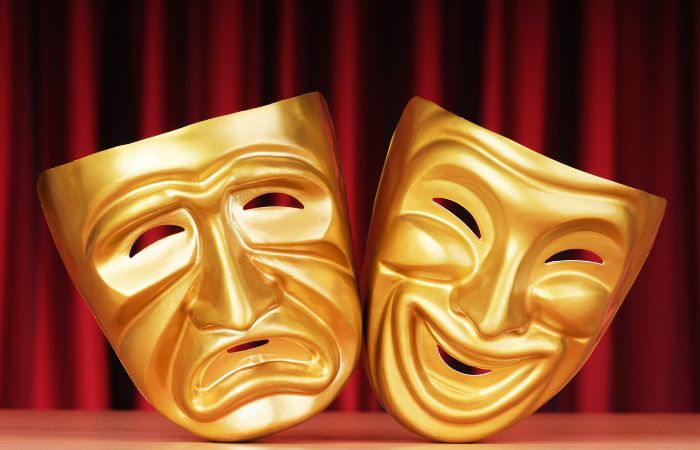 Detroit is well known for many reasons, but theatre and performance have become one of the biggest forms of entertainment in the city for the last 100 years. From stage theatre to dance and even magic shows, Detroit’s most famous stages have seen it all.

One of the most famous venues for performing arts in Detroit is the Fox Theatre. The building was commissioned in 1928 by William Fox, and it was one of the very first movie houses that came equipped to feature popular films in the era.

The Fox Theatre is stunningly designed and worth seeing even without a performance. Although the building is most famous as a movie house, it has always been used for live performances.

According to Fox Theatre Detroit, Shirley Temple even performed on the stage numerous times.

Many people have no idea that Broadway has a permanent home in the city of Detroit. The Fisher Theatre is another stunning building that was originally operated as an early movie house. Today, it is used primarily for Broadway productions.

In a city that’s rich in professional performance opportunities, there’s bound to be a solid foundation for education. Detroit is home to many educational institutions, such as the Matrix Theatre Company, dedicated to teaching the skills needed to become a professional actor. 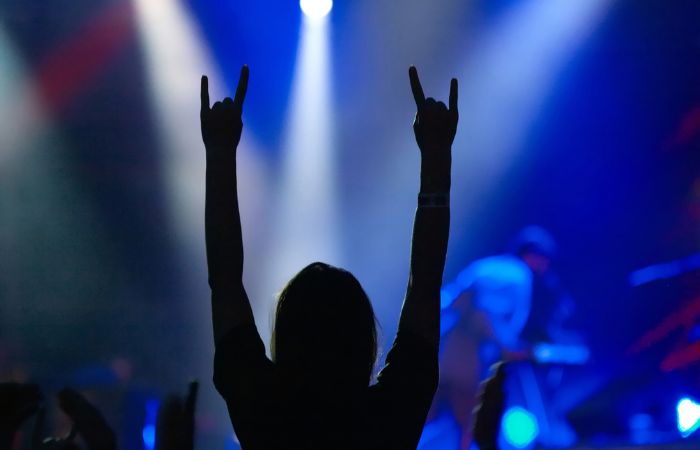 Detroit is a city with a diverse population, and each of the unique cultures that have settled in the city brought with them rich musical traditions. This melting pot of traditions has created a culture of music in Detroit that produced massive contributions to our nation.

One of the most popular musical contributions is Motown Records which began in Detroit. Named after the “Motor City,” Motown Records was critical to the popularity of African American Musicians. The record label now has a museum (Motown Museum) that can be visited in Detroit to see the original facilities and artifacts.

Detroit has also produced tons of big names in the rock genre, including Bob Segar, The White Stripes, and Kid Rock, all from the talented city. The city has a major craving for rock, and there are always popular concerts and performances available during a visit.

Detroit also has a variety of more classical types of performances that are routinely scheduled in the city. The Detroit Symphony Orchestra has been performing in the famous theatres of the city for nearly 100 years.

Closely tied to the theatrical aspects of Detroit mentioned earlier, the Detroit Opera Theatre is another highly regarded performance in the area. There are also many musical theatre shows that travel in and out of the city and perform in some famous movie houses. 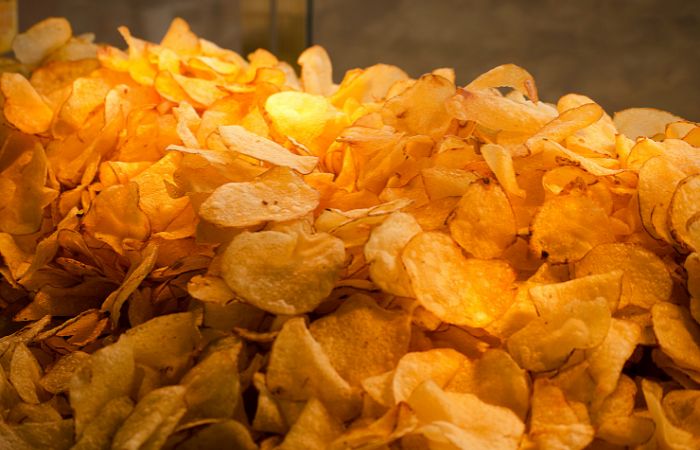 Detroit Has a Potato Chip Frenzy

Many historians believe that the city’s love for potato chips can be traced back to the boom of production the city experienced in the 1930s.

The assembly line and other improvements in the mass production of goods began in Detroit, and it was about that time that potato chips began to become popular as an easy snack to grab in the grocery store.

Family business Better Made Potato Chips began producing bagged snacks around this time and is still in business today. Detroit is famous, in part, for the family’s dedication to making the ultimate snack.

Detroit might be a large city, but it has committed to preserving nature during expansion. The city has several parks that make a great place to visit or take your dog for a walk.

However, two parks in the city are worthy of a special visit during a trip, so let’s take a closer look at them now.

Belle Isle Park is a Michigan State Park well known for its beauty and attractions and is situated on an island that’s around 987 acres (399.43 hectares) of land. Visitors enjoy stunning views and quiet reflection away from the bustle of the city.

The allure of Belle Isle Park goes beyond its natural beauty.

The state has spent a great deal of time and money planning natural attractions for visitors to enjoy. It includes a conservatory to view plants and wildlife, an aquarium, and even athletic fields to enjoy recreation while on the island.

Belle Isle is truly a park set apart from the city.

Visitors can rent various equipment to enjoy while in the park, and there are several picnic areas to enjoy a quiet meal with loved ones.

One of the most notable natural features of Detroit is the Detroit River. The Ralph C. Wilson Centennial Park is a waterfront feature that gives the public access to the riverfront, which is an excellent place to enjoy the natural beauty that Detroit offers. 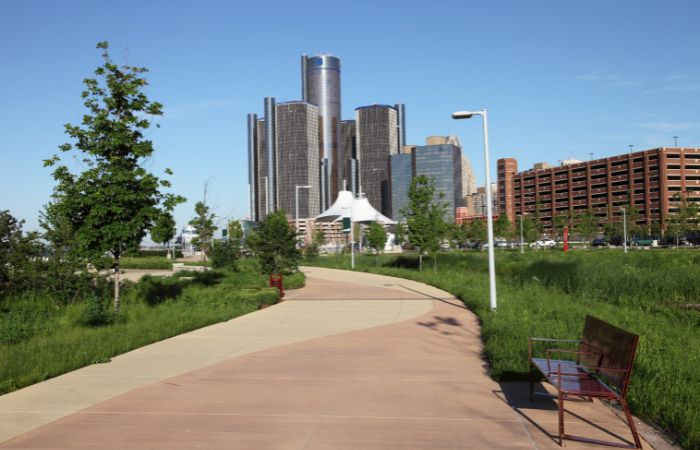 Detroit, like any large city, has had its share of rumors regarding the quality of life in the city.

However, there are so many hidden gems within Detroit that the value of a visit is undeniable. Whether you are a sports fan, an artistic soul, or a nature fiend, the city of Detroit has something for everyone. Explore everything the city has to offer before making a rash judgment.

If you’re planning a trip to Detroit be sure to check out Hostel World here for the best rates on accommodation and this guide on Amazon to find all the best places to visit!