The Real Difference Between a DJ and a Music Producer 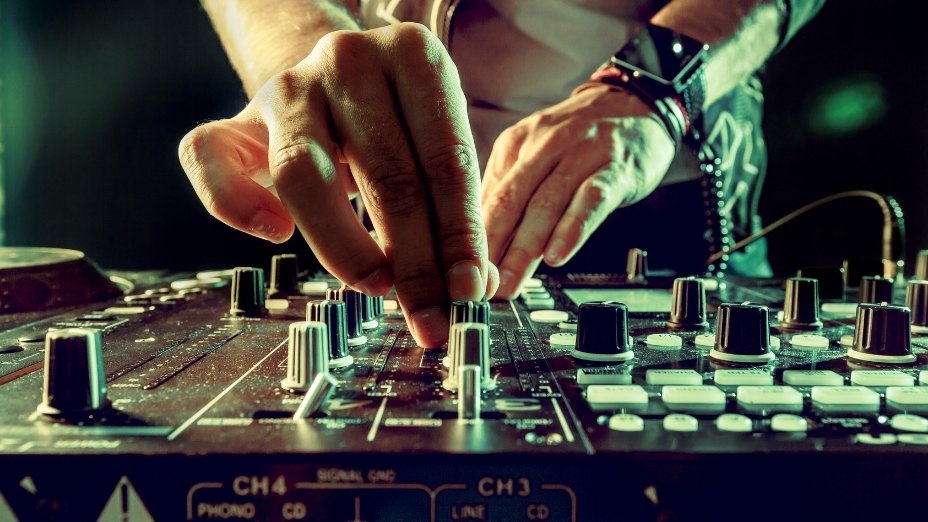 What Is the Difference Between a DJ and a Producer?

A DJ (shorthand for disk jockey) and music producer are often used interchangeably, probably due to misconceptions about the two. Although the two have a knack for music and express creativity by manipulating sounds, they aren’t the same. So, what distinguishes a DJ from a producer?

The difference between a DJ and a producer is that a producer creates their own music and a DJ tweaks and blends already made tracks. Producers layer sounds and instruments atop each other, creating cohesive tracks. DJs blend and play those tracks at events. If someone is a DJ/producer, they have mastered both skills.

DJ vs. Producer: The Main Difference

The basic and primary difference between a DJ and a producer is that a producer creates music, while a DJ mixes already-created music. Let’s examine these differences in greater detail.

What Does a DJ Do?

A DJ mixes and plays music. They condense the work of different musicians into a single performance curated for a specific event. Normally, DJs use different effects, such as looping, to change the sounds and structures of various tracks. They don’t actually create any music during this process.

DJs are typically hired by party organizers, bars, or nightclubs to entertain guests. To prepare for such gigs, they usually assemble equipment like turntables and laptops. A good DJ understands their audience and thinks of songs best suited for different events and guests.

In a nutshell, a DJ’s job roles include:

Now that you have a rough idea of what a DJ does, let’s dive into the different types of DJs you’ll come across in different events. They are:

If you need to learn more about DJing, you can grab a copy of How to DJ Right: The Art and Science of Playing Records by Bill Brewster and Frank Broughton, available on Amazon. It’s the perfect guide for anyone who wants to master the basics, including how to establish a collection of distinctive sounds and juggle beats.

What Does a Producer Do?

A producer creates music; they create tracks of vocals, add sounds from musical instruments, drop beats, and blend these elements to form a piece of music. They do this using a Digital Audio Workstation (DAW) and software like Nuendo, Cubase, Fruity Loops Studio, Logic, Ableton and/or Pro Tools. After creating tracks, producers send them to record labels to sell them commercially.

Producers create music for artists, advertisers, television shows, and movies. They tend to pay extra attention to things like pitch and tone and how they’re affected by different instruments and software.

A music producer’s job roles include:

Like DJs, there are different types of music producers. The main ones include:

What Does a DJ/Producer Do?

It’s common to find someone who’s both a DJ and a producer. An example is Armin van Buuren, a famous trance record producer and remixer. If you hire a DJ/producer, chances are they’ll mix several of the tracks they’ve produced.

Simply put, such a person has learned the ins and outs of music creation, knows how to play things like synths or program basslines, and can match beats for smooth transitions between tracks, creating pleasant mixes.

Does a DJ Need To Know How To Produce?

To succeed as a DJ, you don’t need to know how to produce. Most learn to mix songs long before gaining any production skills. The most critical thing is to have some formal or intuitive understanding of basic music theory to succeed either as a DJ or a producer.

However, it’s best to have the skills of a producer if you want to go big as a DJ. This helps in making remixes or editing popular tracks and creating a vibe that resonates more with the dance floor.

How Do I Learn to DJ or Produce?

You don’t need any formal training to become a DJ or a producer. Self-taught DJs and producers are common these days, thanks to the internet.

You can learn these skills by watching tutorials and practicing in virtual environments; you don’t have to invest in any expensive hardware, especially if you’re just starting.

For example, the following video would come in handy if you need to learn more about music production:

Alternatively, this video covers the basics of DJing:

How Do DJs and Producers Get Clients?

Undoubtedly, both DJing and music production are lucrative careers. Being a DJ is often associated with the gig economy; they have to consistently seek clients or establish a residency at a local nightclub. Many also get work from recommendations to others by their clients.

Most producers get clients from referrals. Normally, they’re hired by musicians, record labels, or studios to work with artists to produce music.

A producer can also be an audio engineer. Music producers skilled in audio engineering can use software to create, sequence, program, and edit audio.

Notably, you may find them spending hours learning how to make stereo-worthy music using DAWs. By that, I mean they aim to deliver outstanding music recordings that please artists and listeners.

The basic difference between producers and DJs is producers create music from scratch, DJs don’t. DJs curate songs to play at events and use effects such as looping to change their structure, creating sounds that get their audience dancing, happy, or sad, depending on the occasion.

Although, both have common roles, like staying updated on new music trends, communicating with clients, and ensuring the products they deliver resonate with the needs and tastes of their audience.