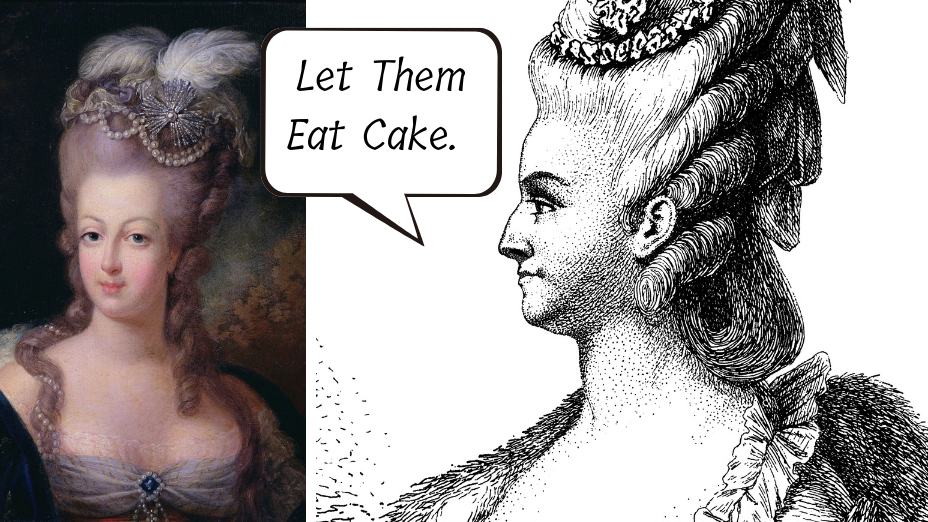 “Let them eat cake” is a phrase famously attributed to Marie Antoinette, who was the queen of France from 1774 until her public execution by guillotine during the height of the French Revolution in 1793. But did she say “let them eat cake”? And what exactly is the meaning and origin of this phrase?

Historians have not been able to confirm that Marie Antoinette ever said “let them eat cake” in response to the bread shortage faced by the poor and working-class of France. The phrase’s origins are rooted in gossip, and similar words have been given to prior monarchs and nobility of France.

In this article, I’ll be delving further into the origin of the phrase, the political context surrounding why so much meaning has been attributed to it, and the rumors that alleged Marie Antoinette’s callous uttering of “let them eat cake.” So let’s dive in and see if there’s anything to do with cake in this famous phrase! 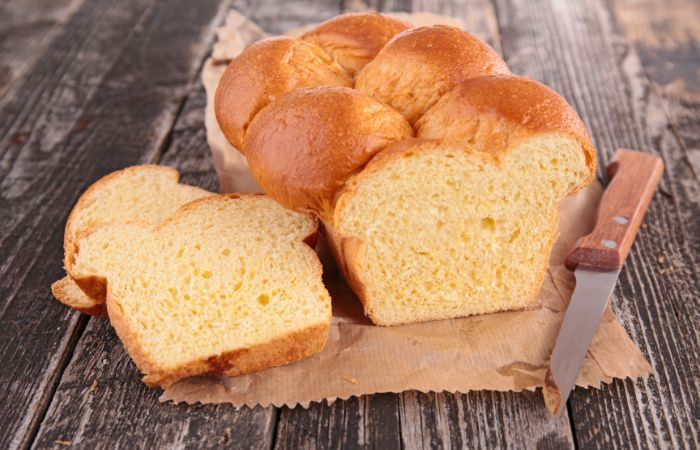 The Origin and Meaning of “Let Them Eat Cake”

French translations of the phrase “let them eat cake” are often written as “qu’ils mangent de la brioche”, which is technically translated as “let them eat brioche”.

Brioche is a decadent French bread with a high egg and butter content.

Whether Marie Antoinette remarked that the famine-stricken French poor should just eat brioche or cake, either would have been seen as an incredibly insensitive and out-of-touch thing to say in response to the suffering of the French poor. If the poor couldn’t afford to eat simple bread, how were they supposed to eat more expensive items like cake or brioche?

Essentially, this response would have been akin to shrugging one’s shoulders at the starvation of a people while actively digging into a seven-course meal.

One could certainly see how rumors of this response to famine by the French monarchy would have further enraged France’s working class and revolutionaries. However, the alleged use of the phrase by French royalty appears to originate before Marie Antoinette ever ascended to the throne, or for that matter, was even born. 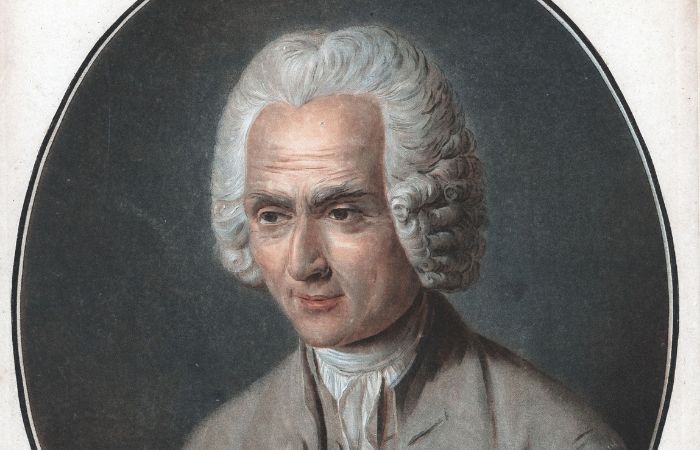 Historical References to the Phrase

Indeed, Jean Jacques Rousseau, in his autobiography titled Confessions, completed in 1769 and published in 1782, wrote this line:

“At length, I recollected the thoughtless saying of a great princess, who, on being informed that the country people had no bread, replied, ‘Then let them eat pastry!’”

Some historians believe that this phrase may have been attributed to Maria Theresa of Spain, who became queen of France in 1660 when she married King Louis XVI. It’s also possible that Rousseau simply made up this phrase as a sort of social commentary rather than literal attribution of a term to an individual.

In addition to Jean Jacques Rousseau’s claim, Louis XVIII’s memoir titled “Relation d’un voyage a Bruxelles et a Coblentz”, or “A Narrative of a Journey to Bruxelles and Coblentz” includes an account that attributes “why don’t they eat pastry?” to Queen Marie Theresa.

Jean Jacque Rousseau is also linked to the origin of the phrase “Eat The Rich.”

So, theories that her alleged use of this phrase led to her eventual beheading are undoubtedly wobbly.

However, one could nonetheless argue that Marie Antoinette absolutely did her part to anger the ordinary people of France, and even if she didn’t use this famous phrase, her frivolous spending and loyalty to absolute monarchical rule indeed could be said to represent such a cruel utterance. 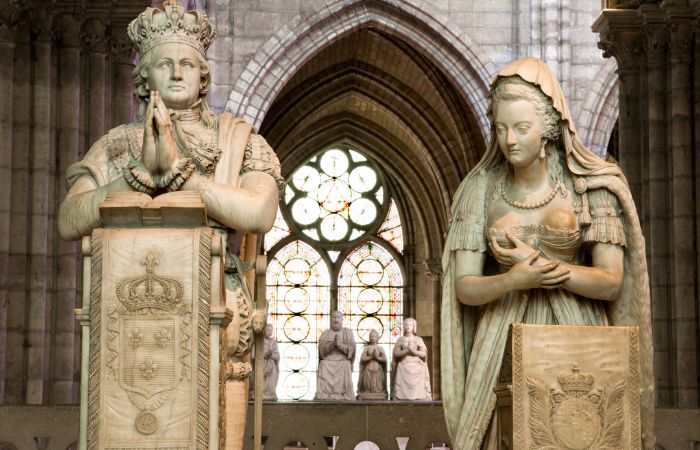 The Political Significance of the Phrase “Let Them Eat Cake”

While it appears that she may have never uttered the famous phrase, it’s essential to analyze the political context in which Marie Antoinette ruled to understand why this phrase has been so readily attributed to her.

Queen Marie Antoinette was renowned and resented for her extravagant spending and lavish lifestyle. She was also seen as a foreigner, an Austrian intruder into French affairs. As the tensions between the rich and poor grew in the years leading up to the French Revolution, Marie Antoinette would become a representation of monarchial greed and frivolity.

While the French economy was taking a nosedive, with the poor bearing the hardships, Marie Antoinette spent extraordinary sums of money on her love of high-brow art, clothing, jewelry, and her lavish, private chateau, the Petit Trianon.

Some accounts claim that the queen purchased over 300 high-fashion dresses in one year in a genuinely ostentatious display of wealth. She also bought extravagant clothes for their son that was born in October of 1781.

Unfortunately, he met an untimely death at the hands of the revolutionaries in 1789, along with his mother.

Imagine being a Parisian peasant, suffering under a crashing economy and strings of famines.

While you agonize over whether your child will get enough nutrients to survive, the queen is frolicking about the Palace of Versailles and her personal vacation home at Le Petit Trianon, spending heaps of money and feasting heartily. 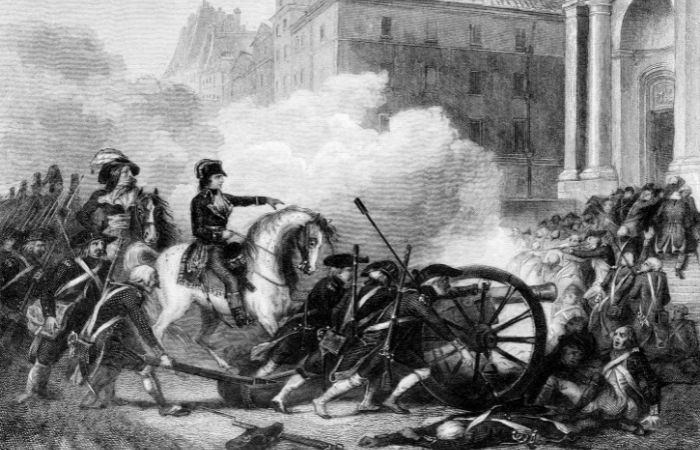 The Context of the French Revolution and Marie Antoinette’s Response

Social, political, and economic tensions were a prominent reality of the latter half of the 18th century in French society. A growing middle or “bourgeois” class sought more political power. At the same time, the peasants and working-class challenged and struggled against the feudal-era power of the nobility and clergy.

As the French Revolution grew, Marie Antoinette took a hard stance of loyalty to the crown, eventually earning herself a seat at the chopping block of the guillotine.

The General Assembly, or Estates-General, was France’s symbolic legislative body, and the King could call the Assembly into a session when he sought advice. Until King Louis XVI called a meeting of the Estates-General in 1789, it hadn’t convened since 1614.

The Third Estate comprised the peasants and the middle class and was by far the largest in numbers of participants.

The First and Second Estate included the much smaller class of the French nobility and clergy. Because assembly members voted by estate rather than by number, the powerful ranks of the nobility and clergy were able to band together in common interest against the peasants and bourgeoisie of France.

The educated bourgeois class mainly wanted to gain significantly more political power, while the peasants tried to free themselves from the oppression of feudalism and their landless status in society.

The Start of the Revolution

On May 5th, 1789, when Louis XVI attempted to address the crashing economy of France by convening a meeting of the Estates-General in 1789, revolutionary sentiment among the Third Estate had moved far beyond symbolic assemblies.

On June 17th, 1789, the members of the Third Estate revolted against the meeting and declared themselves the National Assembly.

Through this declaration, the revolution had begun as the Third Estate vowed to abolish feudalism, establish a constitution, and rule the country through democratic means.

While King Louis XVI largely acquiesced to the National Assembly, Queen Marie Antoinette strongly advised that the King squash the rebellion by using French troops loyal to the Crown and allied European powers, such as the Austrian military. She also urged the King to flee the French people, which ended disastrously and increased the common people’s hatred of the queen and the monarchy in general.

Marie Antoinette’s absolute allegiance to the monarchy and her refusal to publicly support any of the reforms and abolitions of privileges declared by the National Assembly earned her no sympathy, culminating in her execution on October 16th, 1793. 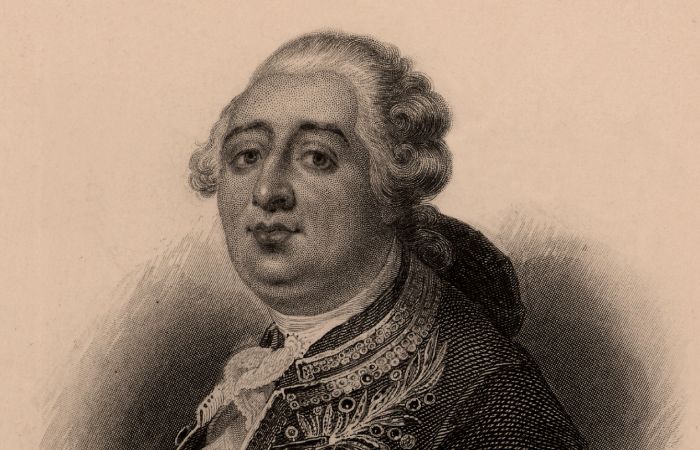 While her husband certainly also lived in extreme luxury as King of France, the French people seemed to particularly detest Marie Antoinette’s lifestyle and view it as demonstrative of the corrupt power of the monarchy.

Some scholars suggest that the fixation on Marie Antionette’s lavish lifestyle was rooted in misogyny, and there’s certainly evidence of such a claim. The queen was often under public scrutiny for having an allegedly scandalous intimate life, and her private trips to Le Petit Trianon only cemented this idea in the minds of the French people.

While Kings could readily take mistresses, a Queen having lovers would have been seen as unbecoming of royal women. Indeed, a sexist double standard existed within that framework.

Of course, King Louis XVI didn’t escape the wrath of the French people either. As the French Revolution steamed ahead and the monarchy fell, Louis XVI’s head would fall too under the blood-stained blade of the guillotine on January 21st, 1793. Marie Antoinette wouldn’t face the same fate until nine months later as a monarchical rule in France finally came to a forceful end.

History presents itself with clean records and evidence to interpret past events. However, historical evidence and myth can become interwoven like a centuries-old game of telephone, repeated confidently over the years until it is accepted as fact.

While it may have taken centuries to sort through, historians agree that there is no compelling evidence that Marie Antoinette said “let them eat cake.”

As a piece of political propaganda, this phrase attributed to Marie Antoinette speaks to the corruption and greed of the era and the context in which French revolutionaries brought down the last French monarchy.