Top 19 Things Liverpool is Known For & Famous For 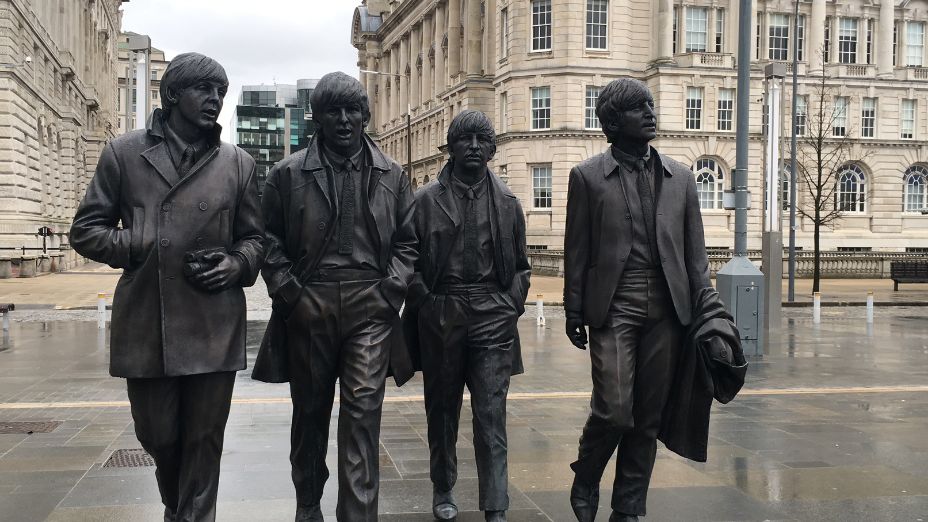 What Is Liverpool Known for & Famous For

Liverpool is a portside city in northwest England with a population of five hundred thousand people. There are lots of things to see and do in the city, but what is Liverpool really known and famous for?

Liverpool is famous for its culture rich in musical and athletic accomplishments. The city is also famous for its maritime history, museums, and art. The popular Liverpool FC is based in the city, just like the iconic rock band, The Beatles.

This article will take you through nineteen things, places, and events for which Liverpool is known and famous.

First, Liverpool is known for its music and is named a UNESCO City of Music. The Beatles were formed in Liverpool, but the city’s rich musical history doesn’t start or end there. The British Music Experience in Liverpool will take you through fifty years of music history. There you’ll learn about some of the most legendary artists, including Adele, the Spice Girls, and Freddie Mercury.

Many of the world’s most famous musicians have performed at the city’s M&S Bank Arena. And there are many music festivals that the city hosts:

One of the things that Liverpool is most famous for is football, specifically Liverpool FC. The team is one of the best in the Premier League, and they have been successful since they were founded in 1892.

Liverpool FC has played at Anfield stadium since the day it was created. Since then, they have won dozens of titles and championships, including nineteen Premier League titles, nine League Cups, and multiple international cups. Liverpool is one of the most popular football clubs in the world, and it is one of the reasons people from all over the world know about and travel to the city.

Liverpool has a diverse population within the city. Here are the population numbers based on the March 2021 numbers:

These percentages are based on Liverpool’s population of 500,500 people.

The city is also home to Europe’s oldest Chinese population, as we will discuss later in the article.

Another thing that Liverpool is known for is the friendliness of its residents. Anyone who lives in or has visited the city can attest to how friendly the people of Liverpool are.

Liverpool was also named one of the friendliest cities in the UK in a 2021 Conde Nast survey. Liverpool ranked number two in the survey that asked the magazine’s readers to vote for the city they think has the friendliest people in the UK.

Another thing Liverpool and its residents are known for is their accent. The Liverpool accent is also called the Scouse accent, and it is quite distinct because some of the sounds and letters they pronounce differ from the traditional British-English accent. The Scouse accent pronounces their t’s, k’s, u’s, and the “th” sound, and they have some words that they use in place of more traditional English words.

If you want to hear the Liverpool accent and some of the words they use that other people in the UK do not use, check out this Youtube video from English Like a Native:

During World War II, Germany attacked Liverpool over the course of a week, when it caused a significant amount of damage to the city. The attacks occurred between May 1st and 7th, 1941, when 681 planes dropped hundreds of pounds of explosives and over 112,000 firebombs on the city.

The Germans destroyed Liverpool after the Blitz, which was the city in England where the most attacks took place during the war, other than London.

The city of Liverpool has a long history for which it is famous. The city is over eight centuries old and was officially named a borough by King John in 1207. The Liverpool Castle was built in 1235 which remained in the city for nearly five centuries.

Right before the castle was destroyed in 1715, the first commercial dock was built in the city, making the city such an important part of the UK.

In 1846, the Albery Dock opened in the city, which you will read about later in the article, was another important part of the city’s prominence as a port city.

Since the 18th and 19th centuries, Liverpool has only grown, and today it is a historic town with many sites and museums that show off the city’s long history.

Manufacturing is a large part of Liverpool and what the city is known for. More than fifty thousand people in Liverpool work for one of the three thousand manufacturing companies in the city.

It Was a UNESCO World Heritage Site

Liverpool, called the Maritime Mercantile City, was designated as a UNESCO World Heritage Site in 2004. The site was given the designation because of its commercial port during the 18th century when global trade was at an all-time high. The ports improved their technology throughout the 18th, 19th, and 20th centuries.

However, the city lost its status as a UNESCO World Heritage Site in 2021 “due to the irreversible loss of attributes conveying the outstanding universal value of the property.”

The Chinese Arch and Chinatown

Liverpool’s Chinatown is the oldest community of Chinese people in Europe. And the Chinese Arch is the largest Chinese Arch outside of China, standing at forty-four feet (13 meters) tall.

The arch was a gift from Shanghai to Liverpool in 2000. On the arch, you will find two hundred dragons, five roofs, and the words “Zhong Guo Cheng,” which translates to Chinatown.

Liverpool is home to many museums and art galleries. Some of the most popular museums are the National Museums of Liverpool.

The National Museums started with the World Museum when the 13th Earl of Derby donated a huge collection of natural history items to the city in 1851.

The collection of museums officially began in 1986 as a way to protect all the information and items among the seven museums.

These are the seven museums under the National Museums of Liverpool:

The Hillsborough disaster was a tragic event that took place during a Liverpool FC game on April 15th, 1989. Ninety-four people died, and seven hundred and sixty-six were injured during a rush into the game when they were pressed up against the steel perimeter fences.

The tragedy resulted in what was called The Hillsborough Campaigners, which was a group of people, mostly families of the victims, who started a private investigation into the event when a jury ruled the deaths accidental in 1991.

The head campaigner is Anne Willams, whose fifteen-year-old son died in the disaster. Her work and determination resulted in the verdict of the accidental death being overturned in 2012.

The Grand National is an annual horse race that has been held in Liverpool since 1839. The race is a highly anticipated event worldwide, and more than five hundred million people watch the race every year. The race is at the Aintree racecourse and is held over a weekend in April.

Scouse Stew is one of the foods Liverpool is most well-known for. The stew, often called Scouse for short, is popular with the people of Liverpool, called ”Scousers.” There is no common recipe for Scouse, as it used to be made with beef and whatever leftovers were around. Now it is commonly made with beef, lamb, and vegetables.

Here are the most common ingredients found in Scouse:

The amounts do not matter and vary depending on how many people you want to feed. In general, use three pounds of vegetables per one pound of meat.

Today, the dock is home to many shops, restaurants, museums, and art. The following museums and attractions are at the Royal Albert Dock:

The Beatles, the world-famous rock band, was formed in Liverpool in 1960.

Liverpool has many attractions, tours, and experiences dedicated to the Beatles and their music. Here are some of the ways you can learn about the Beatles in the city today:

The Tate Liverpool Museum opened in 1897 as a way to display a small collection of British art. Today, the museum is home to seventy thousand art pieces, with some dating as far back as 1500.

The museum is named after Henry Tate, an industrialist and a big fan of art. He had a large collection of art that he wanted to donate to the National Gallery, but they would not accept it due to a lack of space. The Tate Liverpool Museum was created to store the work after Tate donated eighty thousand pounds.

The Ropewalks District is a famous neighborhood and cultural center in Liverpool. The name comes from the rope-making for ships that were prevalent in the neighborhood during the 19th century.

Here are some of the most popular areas in Liverpool’s Ropewalks District:

And finally, Liverpool is known for its cathedral. The Liverpool Cathedral was built over seventy-four years in the first part of the 20th century, with stoppages for wars. The cathedral is the eighth largest in the world, with some impressive stats:

The tower is one of the highlights of the cathedral, where you can see panoramic views of Liverpool. The cathedral is the highest in the UK at 500 feet (152 meters) above sea level.

Liverpool Cathedral holds daily services and is free to visit (except for some special events and entry to the tower). The cathedral, tower, and shopping center are open daily.

Liverpool is famous for many of its prized cultural achievements, such as the large music scene, its importance as a maritime city since the 18th century, and its many museums and art galleries. The city is also home to the Beatles, the Liverpool Cathedral, and the delicious Scouse Stew.