Top 24 Things Maine is Known For & Famous For 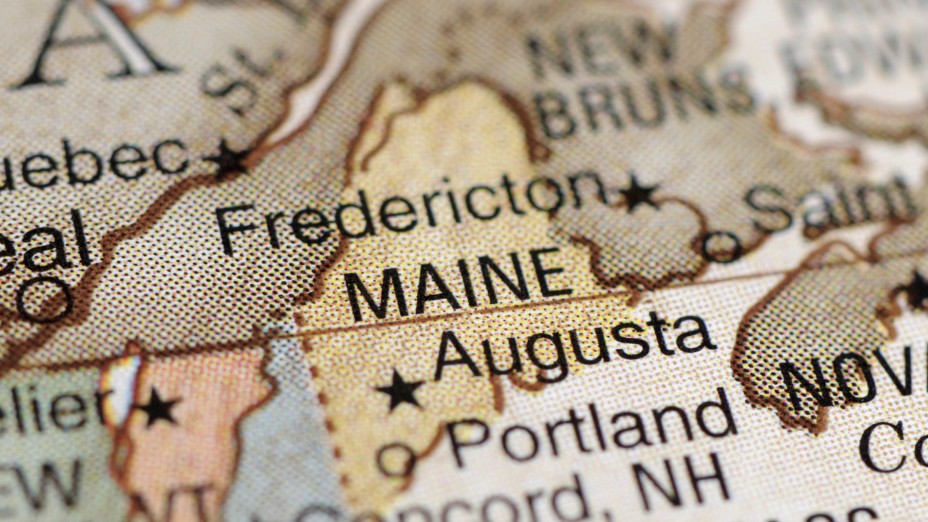 What Is Maine Known for & Famous For

Maine is the Pine Tree State, and this beautiful area in the northernmost part of New England is a nature lovers’ paradise. Covering almost half of New England’s land area, Maine is one of the least populated areas of the US, making it a pristine destination. If you plan to visit this iconic area, you may like to know what Maine offers.

Maine is known for its vast stretches of forest, historic lighthouses, national parks, and Maine lobster rolls. It is also fondly called the Pine Tree or Honeybee State. Stephen King not only bases most of his novels in Maine but is actually a Maine native, like Anna Kendrick and Patrick Dempsey.

Glorious nature and lobster rolls are not the only attractions Maine is known for, though, and visitors will find plenty more to keep them entertained. If you haven’t had the pleasure of exploring Maine, please read on to discover the many attractions that make Maine special and unique.

Maine is known as the Pine Tree State for a good reason, as more than over 80% of its total land is forested or unclaimed.

Sixteen species of conifer pine tree are native to Maine, and the Eastern white pine is the symbolic tree of Maine. White pine can be made into lumber, and Maine is one of the most prominent exporters.

Some even think that the white pine tree might have been the cause of the Revolutionary War, among the other factors that played into the separation of the U.S. from England. White timber was often shipped out to England from the northeast region of the U.S. before it officially being separated.

Regardless of these rumors, one thing is for sure. There are many beautiful pine tree forests in Maine, and most are accessible for a visit.

The Honeybee Is the State Insect

The honeybee is the state insect of Maine. This decision took place in 1975 to honor the tiny insects for their support in pollinating crops.

Honeybees are essential to life on Earth, and it’s easy to understand why. Without bees, our planet would cease to exist as we know it because of all the work they do to pollinate. This YouTube video below explains how vital honey bees are to our functioning as a society:

These organizations help conserve honey bees, but they also sell honey and advise anyone interested in conservation efforts.

Was Once a Part of Massachusetts

Maine wasn’t always the country we know today. Before 1819, the state was actually a part of Massachusetts. In 1812, the people of Maine started to discuss becoming their own state because of their feelings that Massachusetts hadn’t adequately protected their region during the War of 1812.

Maine began its bargaining for statehood in 1814 and was eventually awarded it in 1819. They became a Union state led by Abraham Lincoln and against slavery.

Portland, Maine, is one of the most famous cities in Maine and has the largest population in the entire state. Portland is right on the coast, meaning there are tons of opportunities for water activities and touring the beach. Portland is home to a variety of different activities, including:

Portland is also close to Old Port, which is the city’s downtown section.

Old Portland, Maine, is an area recognized for its historic buildings and vibrant nightlife. Old Port serves as the downtown of Portland, and there are dozens of restaurants and activities to enjoy. Here’s a tour of Old Port, Maine, on YouTube, in 4K:

As you can see, Old Port’s wharf has a little bit of everything for families, young professionals, and older travelers alike.

Rocky coastlines in Maine are a unique experience to see and hike through. Unlike flatter, beachy coastal states like Florida or California, Maine has a rocky coastline. In fact, Maine’s shoreline is actually larger than California’s.

The tree and large rock landscape make for an aesthetically pleasant walk along the coast. Tidal pools (a slight depression in the ground where sea life lives and can be viewed once the tide goes out) are prominent for an up-close look at nature.

The unique coastline is the inspiration for many fiction novels and cinematic pieces. This YouTube video gives a walking tour of what the rocky coastline of Maine looks like, as well as some of the hikes, so you too can be inspired:

Maine is known for this unique hiking experience.

Lighthouses are another famous symbol of Maine and the East Coast, and Maine boasts a number of them along its coasts inlets and islands. Once a beacon to guide ships safely from the storm-tossed sea, these lighthouses still stand as part of the history of Maine.

Maine is home to over sixty famous lighthouses. These are located throughout the state, both on the coast and further out. You can find lighthouses near:

Some of these lighthouses even have rooms you can check into and book to stay for a holiday.

The Portland Head Light is listed above under Portland and Casco Bay, and this old faithful is the oldest in all of Maine. George Washington commissioned its building, and the lighthouse was completed in 1791.

Portland Head Light stands 80 feet (24 m) high and a whopping 101 feet (31 m) above the ocean, and much is unchanged in this iconic beacon.  At the site of this lighthouse, you can find a trail, a children’s garden, and a museum.

The Bay of Fundy is a section of coastline in Maine that includes various hikes and parks. This space is perfect for those who like outdoor activities like biking, hiking, and paddling. Additionally, the Bay of Fundy hosts many events throughout the warmer season.

Like the Bay of Fundy above, Casco Bay is a section of the coastline in Maine that includes numerous islands. A ferry service is offered to those who like to go out and visit these islands.

You can access the following islands from the Casco Bay ferry line:

Like cities, each of these islands has its own unique entertainment to offer visitors.

Acadia Park is located in Maine and is recognized as a National Park by the U.S. Acadia Park has been “peopled” (meaning people have been living on it and enjoying it) for over 12,000 years.

It’s home to the Wabanaki people and has trails, lighthouses, and fire towers. One can visit the Acadia National Park for a small park fee.

Fort Knox State Park is a park recognized as a preservation area for the state. Being a state park means that no one can buy or build on the land, and government and tax funds should make efforts to preserve the area. Fort Knox is in Prospect, Maine, and has many different hiking trails.

Sebago Lake State Park is located in Casco, Maine, and is a popular camping spot. This state park is near the large Sebago Lake, making it the perfect location for outdoor activities. At Sebago, you can:

With all of the activities possible at the park, outdoor lovers will find it to be a great camping space.

Two Lights State Park is another natural attraction in Maine. This protected state park can be found in Elizabeth and was named because of the two lighthouses near its land in Elizabeth that produced “two lights” for ships in the Bay. This park is on 41 acres of land and has many hiking trails.

In recent years, states have become more active in marketing themselves as great destinations for tourists. Maine has created their own campaign to promote tourism to its great state via TV, social media, and radio.

Maine advertises their historic lighthouses, downtown spaces, and national and state parks for others to visit. The tourism office suggests there’s something to do every season, even in the winter.

Maine tourism is happy to be bringing in more and more people during their future seasons.

Maine is a coastal state, meaning they’re right on the ocean’s coast. For this reason, they’re also known and famous for their fishing. Beginner and novice anglers alike can find a lake perfect for their preferred activities in Maine.

There are shallow waters to go fly-fishing in and larger lakes to bring a boat out. You can also fish in the bays off the coast.

Additionally, you can find both cold water and warm water fish in Maine. Some of the species you might catch are:

As you can see, there are over a dozen different species available in the Maine waters.

Lobster is a famous staple on the East Coast, especially in Maine. This dish is luxurious and often expensive, and you can find the freshest lobster off the coasts. Maine lobster is a different brand of lobster (though not technically a different breed or species) because the cold water makes the meat sweeter and more tender.

The state fruit of Maine is blueberry. There are wild blueberry fields with fresh, wild blueberries throughout some parts of the state. Machias, Maine, hosts the Wild Blueberry festival every year. You can find in-season blueberries in:

Moose are common finds in the Northeast, and Maine is no exception. There are an estimated 60-70,000 moose in Maine, which is a larger moose population than some towns in America have of people.

Maine has the largest population of Moose in the U.S. People often see moose enjoying their day while on a hike or driving up a forest highway. Additionally, those with larger wooded areas are more likely to see moose.

Food Maine Is Known For

In Maine, like many places on the East Coast, you can find people who claim they know the best spot for lobster rolls, steamed lobster, or chowder. Maine is also known for some delicious staples in food. Below, I’ll talk about these foods and what makes them unique in Maine.

Lobster Rolls are pieces of fluffy, baked bread stuffed with lobster. The classic Maine recipe includes cold, buttery lobster put into a sizable doughy bun. Some people toss their lobster with things like mayonnaise or dressing, making it similar to a tuna or chicken salad.

Others think it should highlight the lobster itself and only add lemon or butter. Some even believe that the Maine lobster roll beats out the New England roll, also famous for its lobster.

Steaming lobster is a technique used instead of boiling lobster, and some think it makes the meat more tender and preserves more flavor. Additionally, it can be less time-consuming. In Maine, you may find steamed lobster on the menu of many eateries.

Chowder is another one of those East Coast staples. A thick, chunky soap often including fresh seafood, Maine may have the most popular chowder on the coast. Maine clam chowder is usually red (versus the famous creamy white of New England chowder) and more translucent, as it doesn’t have any cream in it.

Maine was also the childhood home of a few famous celebrities. Maine was home to:

Stephen King set many of his famous novels in Maine and filmed It chapters 1 and 2 in Derry, Maine itself! Luckily the real Maine is not host to the creatures that King creates from what he calls “His boys in the basement!”

In many interviews, both Dempsey and Kendrick can be found talking about their upbringing on the coast.

Maine offers something for all tastes of visitors, from history to natural beauty, and couples, families, and solitary wanderers will find plenty to experience and enjoy. Maine offers a break from the bustling crowds while still offering an engaging nightlife for those more urban-minded. Either way, you should ensure that the Honey Bee State is on your itinerary.