Top 24 Things Milan is Known For & Famous For 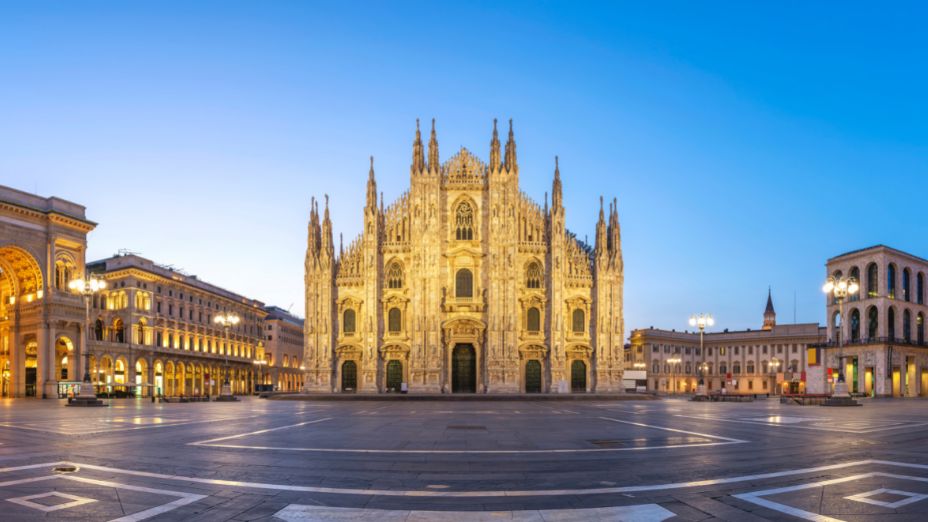 What Is Milan Known for & Famous For?

Milan is a city located in the northern Italy region of Lombardy. It has a population of 1.35 million, making it the second-largest city in the country after Rome. But other than homing such a vast population, what is Milan known for and famous for?

Milan is famous for being a fashion capital,  featuring many cultural areas, and for its traditional dishes like the Risotto Alla Milanese and Veal Milanese. Milan is also known for being the home of Leonardo da Vinci’s Last Supper and the Milan Cathedral, which is one of the biggest in the world.

This article will take you through twenty-four places, events, and attractions for which Milan is most famous.

The Milan Cathedral, or the Duomo di Milan, is a beautiful old Gothic cathedral built in the late 14th century. It took nearly six centuries to complete the design and construction of the cathedral when it was officially completed in 1965. However, it has been restored twice already since its completion.

The cathedral is the largest church in Italy and one of the largest in Europe and the world. Forty thousand people can fit in the cathedral, and it is 354 feet (108 meters) tall with 135 spires.

Outside the cathedral is the Piazza del Duomo. The plaza is in the city’s center, surrounded by beautiful architecture, including the Milan Cathedral.

Across the plaza you can find the Giardino di Piazza del Duomo, a garden full of trees where you can see the top of the cathedral from.

Surrounding the rest of the plaza are a virtually endless array of restaurants and shops, as well as the Palazzo dell Arengario, an art museum, the Palazzo Della Ragione palace, and the Royal Palace, another art museum.

The Leonardo da Vinci National Museum of Science and Technology

Another attraction Milan is widely known for is the Leonardo da Vinci National Museum of Science and Technology. As the name suggests, the museum is dedicated to the famous artist and scientist Leonardo da Vinci. It is the largest science museum in Italy and opened in 1953.

Here are the areas of the museum:

Watch a short video about the museum on its YouTube channel:

Da Vinci’s famous painting The Last Supper is in Milan. It took him three years to paint between 1495 and 1498. The painting can now be found on the walls of the Church and Dominican Convent of Santa Maria Delle Grazie. The painting has slowly deteriorated over the last five centuries, and many restoration efforts have been deployed to keep it in the best condition possible.

La Scala, or the Teatro Alla Scala, is another famous attraction in Italy. The opera is one of the most well-known in the world, and many famous opera singers and shows have been performed here.

The theater opened in 1778 and was designed by famous architect Giuseppe Piermarini. In the theater, there are multiple performance spaces and a museum. You can take a tour of the museum, the theater, and behind the scenes, where you can learn about how shows come to be and the history of the theater.

Another popular site in Milan is the Galleria Vittorio Emanuele II, also called the il salotto di Milano, which is a large shopping center in the center of the city. The center was built between 1865 and 1877 to be a shopping center, and it has a glass dome over the top, making it quite recognizable.

Many high-end luxury brands have stores in the shopping center, and there are plenty of restaurants and cafes, many of which date back to when the center was first built.

Inside the center under the dome is a floor mosaic featuring many animals. According to a local saying, if you step on the floor’s bull with your heel and spin around, you will have good luck.

Sforza Castle, or Castello Sforzesco, is a castle dating back to the 15th century. Since then, it has been restored and expanded to be one of the largest castles in Europe.

Today, the castle is home to many of Milan’s art, museums, and ancient artifacts. Here are the museums you can find in the castle:

Guided tours of the castle take you through the art galleries and teach you about the castle’s history.

Navigli is a neighborhood in Milan known for its canals. The Italian word “naviglio” translates to canal in English, which is where the name comes from. The two waterways in the neighborhood are the Naviglio Grande and the Naviglio Pavese.

Some things to do in Navigli include trips on the canal, visits to small alleyway art galleries, and shopping at thrift stores.

The neighborhood is also a popular place for “aperitivo,” which I will explain later in the article.

Parco Sempione is a large urban park in Milan that dates back to the late 19th century. There are more than one hundred acres in the park that is full of plants and wildlife.

Here are some highlights of Parco Sempione:

Trams are one of the most recognizable parts of Milan. The city has eighteen tram lines that help people travel through the city. The trams have been in the city since 1876, and although none of the original trams are running today, some of the vehicles you can find on today’s tracks are eighty years old.

One of the characteristics Milan is most famous for is its dominance as a fashion hub. Not only is the city home to Milan Fashion Week, but the city also boasts a wide range of luxury brands based in the city.

Here are some of the famous fashion brands in Milan:

Design and innovation are also an essential part of Milan. All the architecture in the city is considered some of the best in Italy, further proved by the structures mentioned in this article, including the cathedral, the castle, the museums, and the opera house. Likewise, the trams and canals helped make Milan the powerful, popular city it is today.

Milan is famous for its visual arts. There’s a wide range of masterpieces that people visit Milan to see, like these:

Milan and its residents have a great work-life balance and prioritize working and playing hard. Milan, and Italy as a whole, do not pressure their workers to overwork; they see working too many long hours as detrimental to their health.

They ensure their employees are getting their work done but also allow flexible hours, so they can go out to spend time with their families and friends. Working parents can adjust their work hours so they can see and care for their children.

These benefits lead to more productivity, which means more time for the people of Milan to have fun and enjoy their non-working hours.

Aperitivo is a popular time of day in Milan. The locals like to relax after work, so they have something called Aperitivo. It is the time of day after work when locals gather for drinks and small snacks, similar to a happy hour in the US. This time of day is cherished by all Italians, as they take their social commitments very seriously.

Il Marchesino is a restaurant in Milan’s La Scala opera house. Chef Gualtiero Marchesi is one of the most popular in Italy. The restaurant serves breakfast, pastries, and pre and post-show meals. Therefore, if you’re looking for an out-of-this-world culinary experience, visiting Il Marchesino is the way to go.

One of the most well-known Milanese dishes is Risotto Alla Milanese, a classic Italian recipe with roots in Milan, hence the name. The first known time the dish was made was in the early 19th century when cookbooks started including this recipe.

There are some slight variations of the dish, but they all have a rice base with butter and seasoning. Here are the ingredients for Risotto Alla Milanese from AllRecipes:

Another popular dish from Milan is Veal Milanese. It is a veal rib chop that is breaded and fried. Here are the ingredients for Veal Milanese from the Food Network:

Gorgonzola is a little town just outside of Milan. The town sits on a canal and is full of cows and pastures. Gorgonzola cheese is also from Milan and is named after the town, as the cows grown in the town produced the milk that was then used for the cheese. The canals in the town allowed the cheese to be traded outside of Milan and are one of the reasons why it quickly became so popular.

Milan is also famous for panettone, a bread that is traditionally consumed around the holidays. The bread is popular because it is easy to make, but it does take a bit of time, as it needs to sit overnight to rise right. Outside of the traditional bread-making ingredients, you can usually find raisins, orange flavor, rum, and dried fruit in the bread.

The Milan Derby is a highly anticipated football match between AC Milan and Inter Milan. The two teams and their fans have an intense rivalry, so when they play each other in the Milan Derby every year, it is a big event in the city that you don’t want to miss.

Milan and Rome are the two largest cities in Italy, with the latter having a population twice as big as Milan. You already know what Milan is well known for, but what about Rome?

Rome is the capital of Italy and boasts many historic sites like the Colosseum, the Trevi Fountain, and the Roman Forum. It is also home to Vatican City and is often the city people choose to visit when debating between it and Milan.

To learn more about the differences between Milan and Rome, check out this Youtube video from Tia Taylor:

Oh bej! Oh bej! is a Christmas market held in Milan every year. It is an important event as it is held around the day of Saint Ambrose, the city’s patron saint, and it is the oldest in the city, with roots dating back to the late 11th century. It is usually held on one of the first weekends in December.

The market features all the traditional stands that you would find at a European Christmas market, including food, toys, decor, and treats.

Finally, Milan is known for its Brera District, one of the city’s most famous neighborhoods. The neighborhood is full of art, shopping, and some of the best restaurants in the city. Some of the shops in the district include Gucci, Marc Jacobs, and other Italian-based stores.

Here are some of the popular places you can find in the Brera District:

Milan is a highly populated city that is most famous for being home to luxury fashion brands and designers and one of Leonardo de Vinci’s most famous works: the Last Supper. Milan also boasts a rich culinary tradition, many beautiful castles, museums, and the biggest cathedral in Italy.