Top 22 Things Monaco is Known For & Famous For 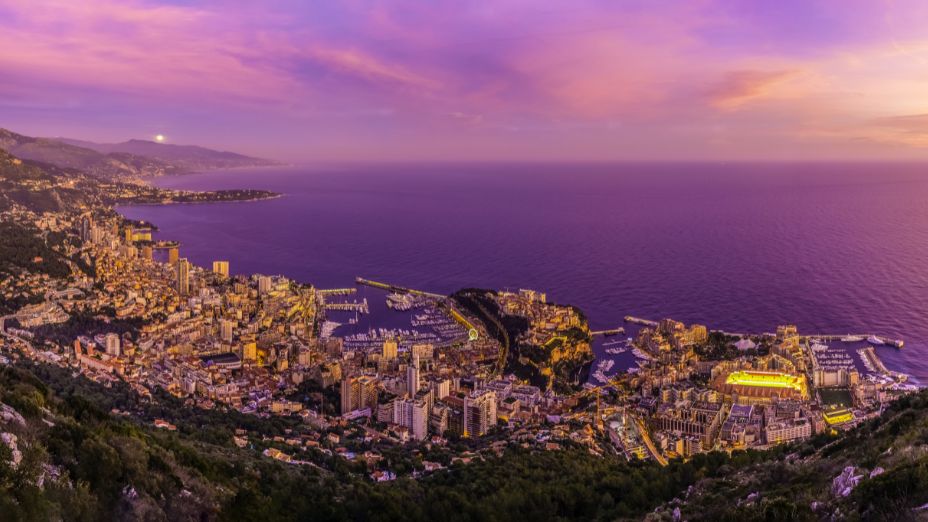 What Is Monaco Known for & Famous For

Located on the shores of the French Riviera is Monaco, a pint-sized royal city-state that’s conceivably the most luxurious nation on earth. Its reputation takes precedence over its size, making it one of the most well-known places on Earth. But what makes this particular principality so famous?

There’s so much more to Monaco than you could ever imagine. Come along with me as I explore some elements that make this coastal state so famous.

If you are a lover of gambling and have indulged in top-tier casinos around the world, you must have heard of Monaco. If you’ve yet to experience Monaco’s world-famous Casino De Monte Carlo, then you are missing out!

The casino was built in 1863 during the reign of Charles III, with the need to create a cash flow for the state. This was after the sovereign lost Menton and Roquebrune-Cap-Martin during World War II. True to that,  the casino is still one of the country’s guaranteed sources of revenue. It attracts the wealthiest and most illustrious clientele in the world thanks to its Belle-Êpoque frontage and luxurious decor.

But did you know that Monaco’s own citizens are banned from gambling? The activity is strictly meant for tourists and foreign residents. There’s even casino tours for tourists who don’t want to gamble!

Monaco is abundant in wealth due to the number of millionaires living there. The 2019 Knight Frank Wealth Report states that the pint-sized nation has a little over 12,000 millionaires, comprising 32% of the total population. That means you’ll find almost one millionaire for every three people!

Considering that Monaco is a tax haven, notable billionaires like the Barclay brothers choose to move to Monaco to escape the hefty income taxes imposed on them by their home countries. Even the UK’s richest man, Jim Ratcliffe, recently announced his migration to Monaco. For this reason, Monaco is called the “Billionaires’ Playground.”

On top of thousands of millionaires, the city itself is super rich. Virtually everything in Monaco is expensive, with the average real estate square foot at $9,000, it’s clear that this is a place reserved for the wealthy. There’s even 11 Michelin Star restaurants in Monaco for its population of under 40,000!

As of 2005, Monaco covered 1.974 Km only but broadened its mainland by 20% through land reclamation years later.

Although many believe that Monaco is a part of France, it is actually a sovereign nation. Regardless, Monaco is still surrounded by France and uses French as its national language, so it’s not hard to see why people would confuse Monaco for a French city.

Uniquely perched high above, at the scenic cape of Le Rocher, the Palais Princier de Monaco is the official dwelling place of Monaco’s royal family. The palace dates back to the 13th century and was initially erected as a fortress for security purposes.

It has, over time, been transformed into a luxurious, Louis XIV-era-inspired Palace. Tourists experience the life of a royal by visiting some of the palace’s apartments, including the Hercule Gallery, which is embellished with sixteenth and seventeenth-century frescoes, the ceremonial blue room, the Louis XV bedroom, the Mirror Gallery, and much more.

The palace also features an antique collection of the royals’ luxurious cars, some of which stem from the 1950s.

You should also consider synchronizing your visit with the palace’s traditional Changing of the Guard ceremony at 11:55 am daily. The ritual is a must-see in Monaco.

The Musée Oceanographique stands roughly 90 meters above sea level atop Le Rocher. It’s among the world’s oldest aquariums, built over a century ago by Prince Albert I. The Museum displays world-renowned marine life exhibits and oceanography. It houses valuable discoveries from Prince Albert I and Jacques Cousteau’s marine explorations.

Cathédrale de Monaco was initially built in 1215 in honor of Saint Nicholas, the patron saint of the seafarers. It was later demolished and rebuilt in the 1870s using the neo-Byzantine architectural design.

The sanctuary houses the tombs of the Grimaldis –the Monaco royals–including that of Prince Rainier III and Princess Grace. Other notable features of the cathedral include an altar artwork that dates back to 1500 painted by Louis Bréa, a white Carrara marble sculpted throne, and a striking grand organ used during mass services and other religious ceremonies.

The doors to the cathedral are open to tourists almost throughout, except during mass services. Keep in mind that conservative attire is a must. You are not allowed to reveal your shoulders and thighs.

The Larvotto beach is another of Monaco’s gems. It’s the most famous and the only public beach in the principality, although with a private beach stretch.

During summer, Larvotto beach is the hub of Monaco’s holiday scene. It’s usually filled with merry makers who partake in plenty of activities such as watersports. There is also plenty of marine life to enjoy here. The beach also features other recreational facilities, including eateries and clubs. Make time, soak up in Monaco’s sun, and swim in her clear waters. It is worthwhile.

Jardin Exotique is a well-kept garden seated on a cliff top overlooking the sea. The place is a haven for tremendous kinds of exotic vegetation from around the world, including succulents and cacti. It also offers a beautiful view of the sea and the principality below.

For lovers of geology, the garden also features a limestone cave at the cliff base, where you’ll feed your eyes with enormous amounts of stalactites, stalagmites, columns, and much more. History also has it that the cave housed prehistoric humans. Why not book yourself a guided tour of the garden? It’s available every hour from 10 a.m. until closing time.

Following the absence of cultural diversity in the 1870s, the reigning prince oversaw the inclusion of a concert hall as an element of Monte Carlo Casino. The opera house stands in the casino square. It was designed by Charles Garnier, the architect of the Paris Opera House (Palais Garnier). The flamboyant style of its auditorium was largely inspired by the Paris Opera House.

It opened its doors in 1879, and for over a century, has offered performances from world-renowned opera singers. The opera season commences every October through April, with a grand opening in September. Besides that, it also provides ballet performances and other musical recitals.

In honor of his beloved wife, Prince Rainier III cultivated this elegant, 4-hectare (9.9 acres) garden in Fontvieille Park. The Princess Grace Japanese Garden ( Jardin Japonais) nurtures about 315 varieties of roses with special roses named after the members of the Monaco royal family.

The garden was awarded the ‘Ecological Garden’ label due to the eco-friendly practices employed in tending it. The park is a splendid spot for relaxation. You can take a walk around this zen garden replicate or sit on one of the benches and soak in the spectacular scenery.

Believe it or not, Monaco is significantly smaller than the world-renowned Central Park of New York City. It is the second smallest country in the world after Vatican City, covering only 2.1 Km² (0.81 mi²), about 60% of Central Park’s size.

When you think of billionaires, yachts should come into mind. In Monaco, the billionaires dock their vessels at Hercules Port, including the Prince. They have a distinguished yacht club with over 2,500 yacht owners, begun in 1953 by Prince Rainier III.

The principality holds the Monaco Yacht Show every September, which sees more than 500 companies displaying their most recent yachts. They also host exclusive VIP parties inside these elegant yachts during this period.

No yacht? No worries! You can rent one at a negotiable price and have a great time exploring the Mediterranean.

As you can probably imagine, all these millionaires, yachts, and palaces make it an extremely expensive city. It has actually been ranked as the most expensive city in the world in terms of real estate. Investing $1 million would get you but 17 square meters (182.98 ft²) of real estate!

It’s safe to say that the principality is one of the safest places to live in the world. Why so? The country has a little over 500 law enforcers for its 39,700 people. Simple calculations show that there’s one policeman for every 80 citizens.

Furthermore, more than 900 CCTV cameras are positioned in the entire principality, providing 24/7 surveillance. These guarantees you the highest security level you can ever have in a country.

Monaco has the second-highest GDP per capita globally after Liechtenstein, and it’s among the four countries with figures higher than $100,000. Its GDP per capita has shown exponential growth throughout the years. For instance, in 2019, the country’s GDP per capita was $190 513, about a 2.4% increase from the previous year.

Based on these numbers, it’s accurate to say that Monaco has a stable economy. Many potential investors would be happy to do business in Monaco because they’re sure of making huge profits. This is just one factor that makes the tiny country stand out.

According to the nation’s official statistics, there were 9,611 Monegasque nationals as of 31st December 2021 out of 38,300 citizens. As mentioned earlier, many of the foreigners are wealthy people who migrated to Monaco to escape heavy taxation.

Monaco is a place that offers an excellent environment for mankind to thrive. It provides fantastic living conditions to its few residents:

It’s also noteworthy that pollution isn’t a thing to worry about here. Expect clean air and water. The crime levels are next to zero too. In fact, Monaco’s average life expectancy is the highest in the world at 85.8 years. These are some of the things that contribute to Monaco’s high quality of life.

As of 2022, there’s not a single resident of Monaco living below the poverty line. This zero-poverty status has been maintained for years prior, thanks to the country’s no income tax imposition, which has made wealthy investors flock into the country.

On the flip side, impoverished people choose to live outside Monaco–in nearby France and Italy–due to the expensive cost of living. This has made Monaco a hub for the wealthy only.

Have you ever heard of the Formula One car race being held on the streets of a city? Monaco traditionally has one every year–the only one in the world. The Monaco Grand Prix happens during the last week of May.

Racing occurs along Circuit de Monaco’s narrow streets, attracting thousands of visitors worldwide. This world-famous sporting event is one of the things that give Monaco the popularity it currently enjoys.

The race attracts potential investors and is believed to be one of the factors that stabilize the country’s economy. Of all the events in Monaco, try not to miss this one!

The cost of housing in Monaco is among the highest on this planet. A standard home in the principality is valued at $4,560 per square foot, compared to that of $123 in the US. That’s not all: property along Avenue Princess Grace ( the world’s most expensive street) is valued at an average of $17,750 per square foot.

If you’re looking for a one-bedroom apartment, expect to part with at least $1.6 million. On the other hand, a standard-sized apartment will cost you between $2.2 million and $22 million. This extraordinary demand for housing is brought about by various factors, including limited building space, favorable tax laws, etc.

Another notable aspect of the majority of the apartment buildings in Monaco is their characterization by deluxe facilities like swimming pools, gyms, spas, and expensive eateries. Hence, their exorbitant prices.

There you go! I hope this article gives you a glimpse of the haven that is Monaco, and that soon you’ll stop by and see it for yourself. Feel free to bookmark this page and come back to it as you continue planning your dream Monaco vacation!