Top 27 Things Morocco is Known For & Famous For 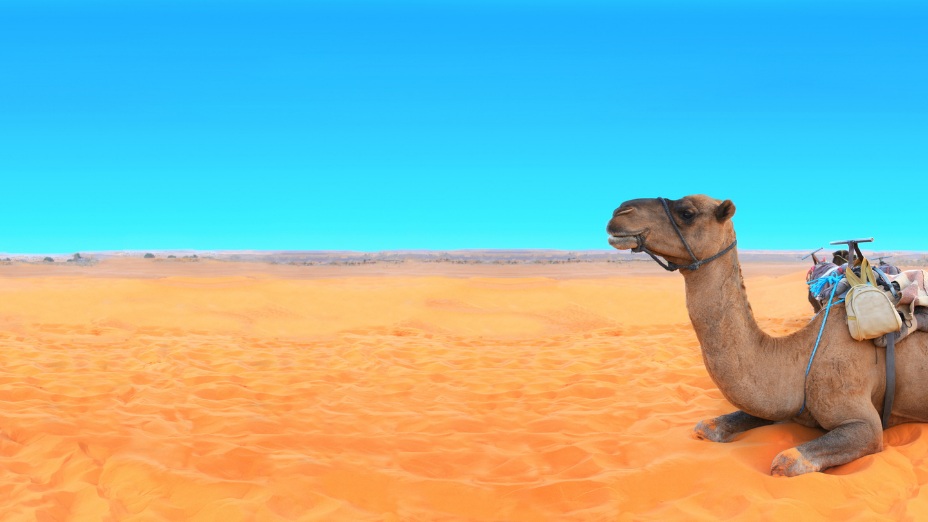 What Is Morocco Known For?

Sparkling waters, glowing sands, majestic mountain ranges: Morocco is a first-choice destination for travelers looking to get away. But there’s more to this Middle Eastern country than just dazzling scenery.

Morocco is known for its diverse geography, tradition-filled culture, and famous imperial cities. The country’s complex history and dominant religion contribute to many aspects of its rich culture. It’s also famous for its music and its abundance of cats, among other things.

Read on to learn more about the cultural and geographical elements that make Morocco unique. 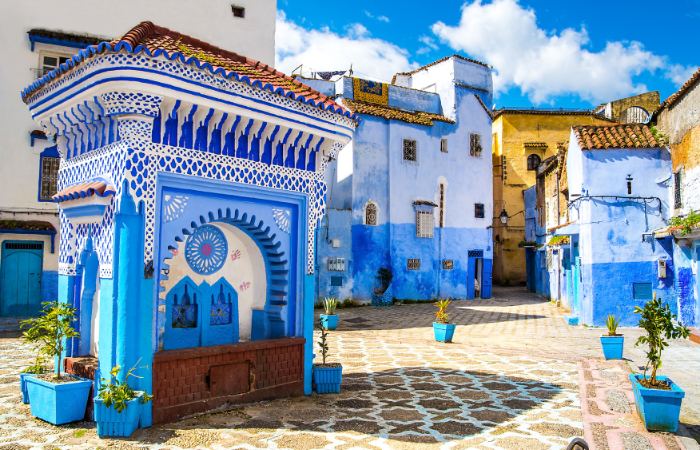 Morocco, a country located in the western region of North Africa, has a uniquely rich culture centered on religion and tradition. Officially established as an independent country in 1956, Morocco is geographically known for its abundance of beaches, mountain ranges, and deserts. 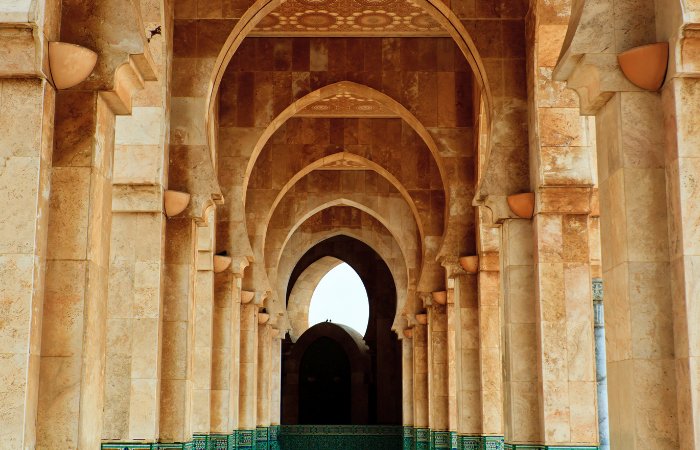 Humans inhabited Morocco’s lands as early as the Paleolithic era (more than two million years ago). Over the following centuries, powerful dynasties came and went, the most famous being the Isdrid, Saadi, and Alaouite dynasties.

Throughout the late 1800s and early 1900s, France and Spain battled for power over Morocco and the surrounding region of western North Africa. It wasn’t until March of 1956 that the country gained its independence and separated itself from both France and Spain. 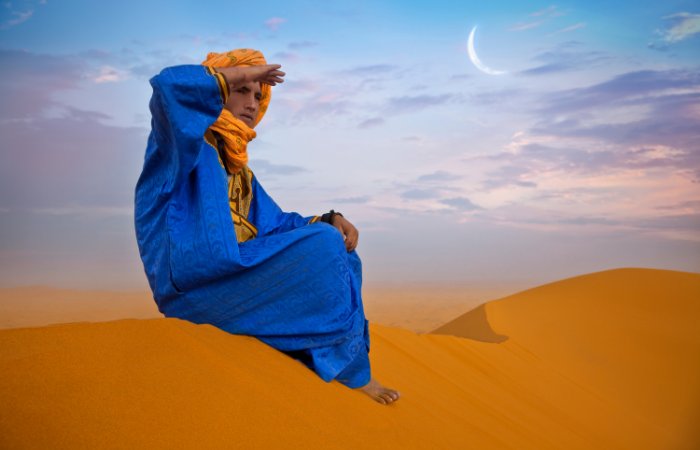 The impressive geographic diversity of Morocco makes it a unique country suited to anyone’s recreational tastes. Tourists and natives alike can swim along the coastline, ride camels in the deserts, backpack and mountain bike the towering mountain ranges, or even ski at a Moroccan mountain resort! 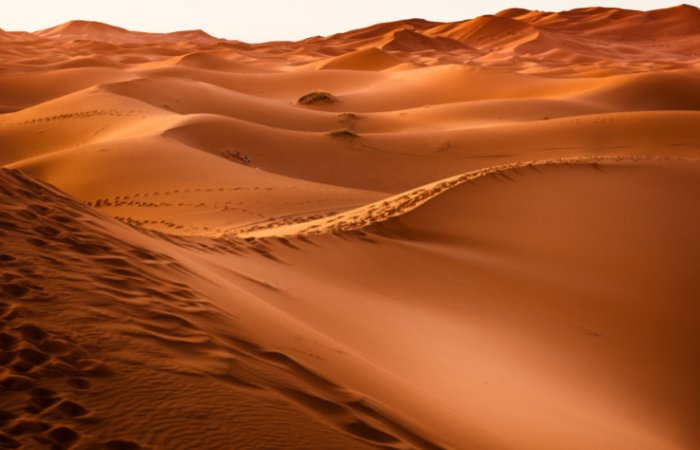 Known for its scorching heat and sprawling sands, the Sahara Desert holds the title of the largest desert in the world. But surprisingly enough, the heat doesn’t drive tourists away. Each year, tourists travel to Morocco to experience camel rides in the famous desert. 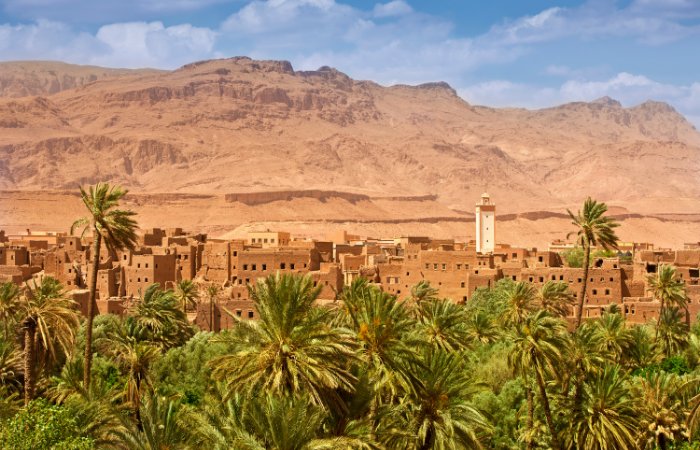 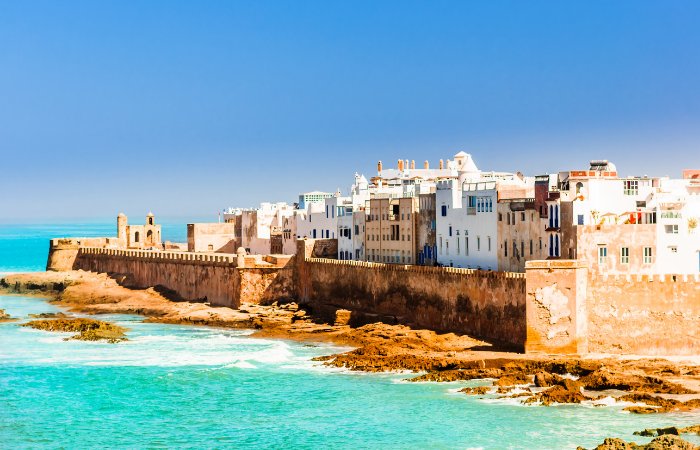 Many travelers looking for a beach location consider Morocco a first-choice travel destination. The Northern Atlantic Ocean and the Mediterranean Sea border the country, providing an assortment of beaches perfect for those seeking a tropical vacation. 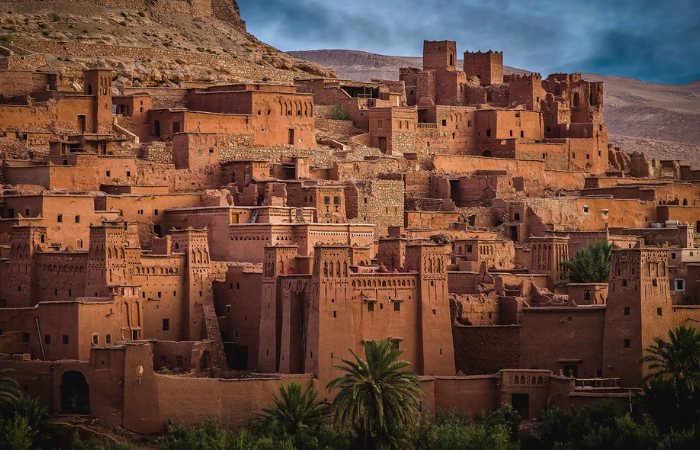 Morocco is also known for its hot desert summers, although the mountain ranges of Morocco often see cooler temperatures.

On the other hand, the country’s famous deserts (like the Sahara Desert) can reach temperatures as high as 115 °F (46 °C) in the summer months.

A variety of famous monuments stand tall in cities throughout Morocco. From religious mosques to lively medinas, many travelers worldwide visit Morocco to see the impressive structures. 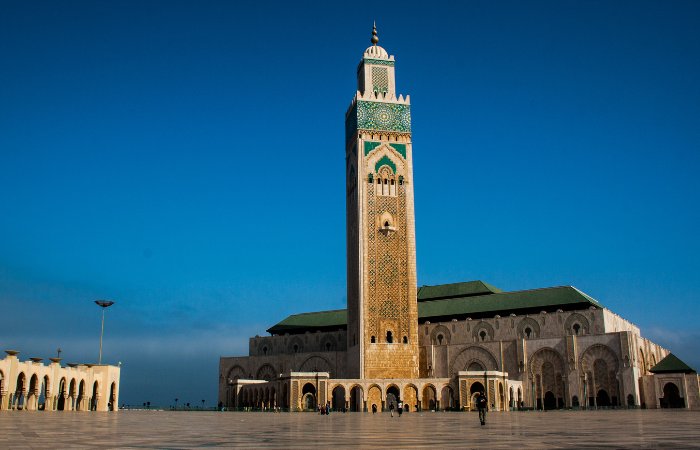 The Hassan II Mosque is easily the most famous piece of Moroccan architecture. It was named after King Hassan II of Morocco and built to show off the country’s splendor to the rest of the world. Located in Casablanca, the intricately designed building attracts hundreds of visitors daily.

After the death of King Mohamed V in 1961, King Hassan II proposed building the mosque. His goal was to create a magnificent building to honor the deceased king. Construction lasted for seven years, and upon completion in 1993, the mosque became known as the most ambitious construction project completed throughout the country’s history.

Mosques aren’t the only famous structures in Morocco; the country currently holds the record for the oldest continuously functioning university in the world! The University of Karueein was founded in Fez in 859 AD and continues to operate to this day. 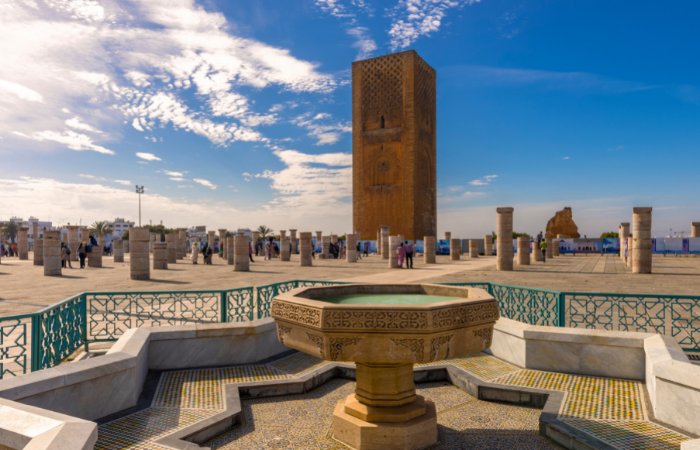 Rabat, currently Morocco’s official capital, is an industrial hub known for its towering monuments and diverse population. Within the ancient rock walls sits the Moroccan royal palace, home to the King Mohamed VI. The city serves as an important cultural center and contains all of the foreign embassies in the country. 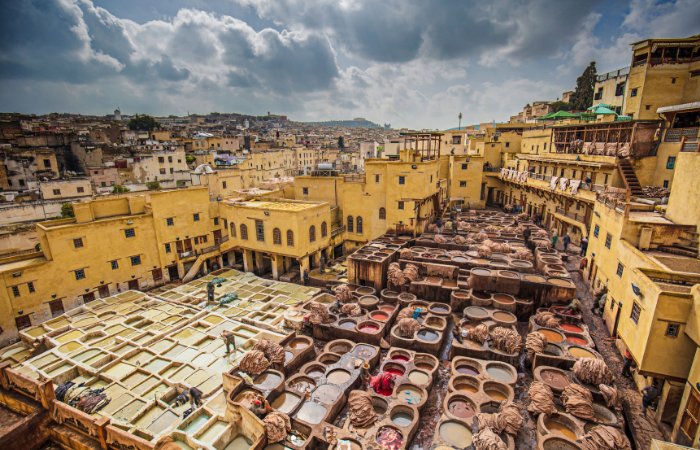 Fez is a beloved city among tourists looking to soak up Morocco’s art and culture. The city is known for its bustling medina and its historical museums, gardens, and tanneries. Although the country’s capital was transferred from Fez to Rabat years ago, Fez is still considered a cultural center by many. 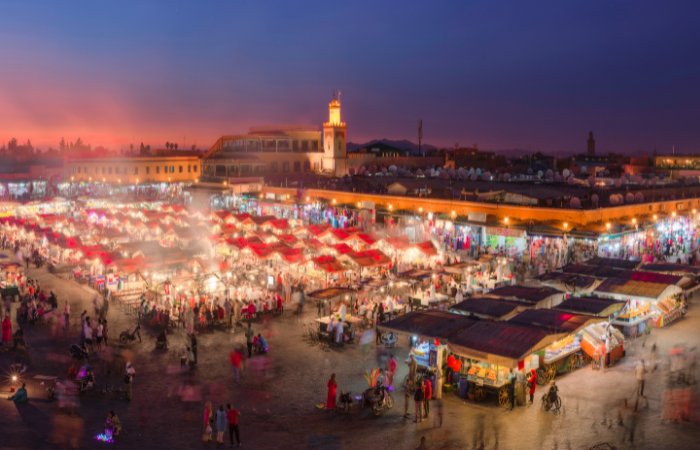 Nicknamed “The Red City,” Marrakesh is known for its colorful environment. It was the first imperial city in Morocco. To this day, its red clay buildings, majestic palaces, and lush gardens give the city a reputation of luxury and refinery. It is known for its central marketplace and the Dar el-Beïda Palace, which now functions as a hospital. 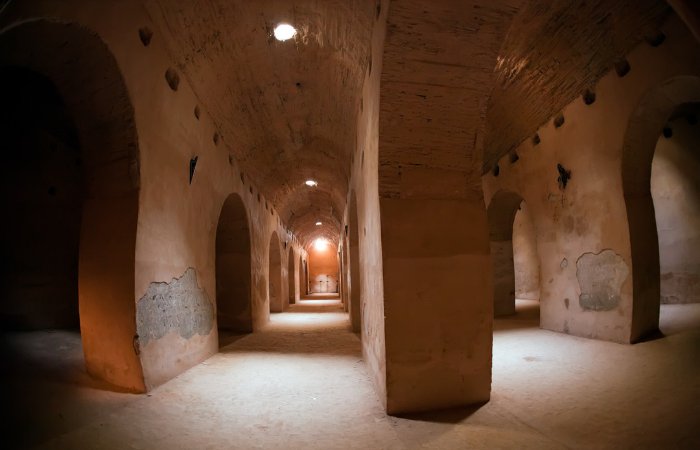 Initially founded for military purposes, the imperial city of Meknes is an excellent example of the militaristic style of Moroccan architecture. Surrounded by high, sturdy walls, the city is well-known for its architecture, including: 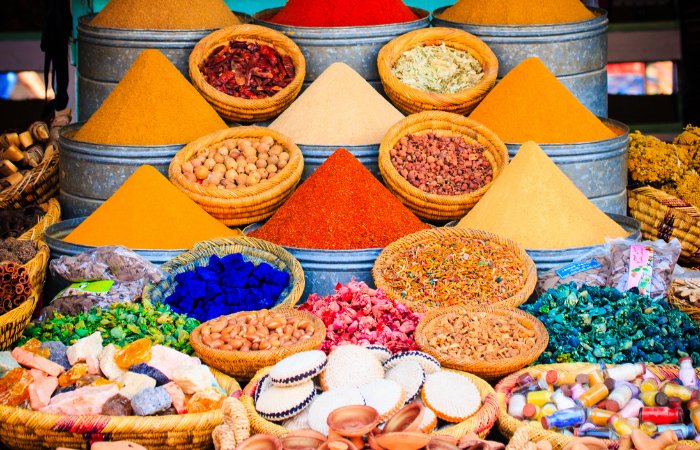 Many travelers are drawn to Morocco to sample the wide range of meals featuring warm spices and aromatic herbs. The country’s cuisine is an important cultural aspect of the Moroccan lifestyle. 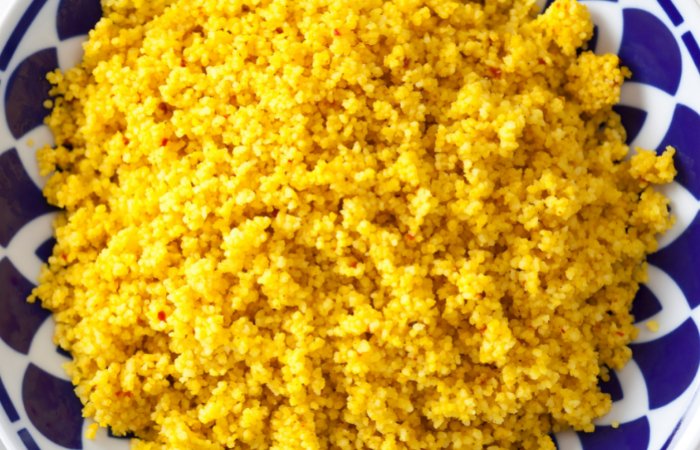 Easily the most famous dish of Moroccan cuisine, couscous is a staple meal for many Moroccans. In fact, many natives have a tradition of eating couscous on Fridays. Many Moroccans consider this tradition a force that brings families together and unites people of all different cultures and backgrounds.

The dish consists of:

Moroccan families are given a few hours off school and work each Friday to enjoy the meal together. 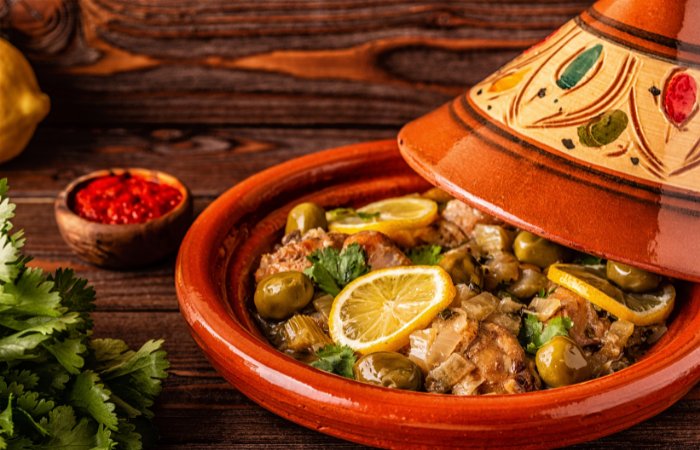 Tagine is another dish eaten regularly in Morocco. Known for its unique melding of sweet and savory flavors, a special pot—called a tagine—is used to simmer meat, vegetables, and the occasional fruit.

Different cities make different varieties of tagines. Each is known for its blend of meats and vegetables that are specialties of the region. 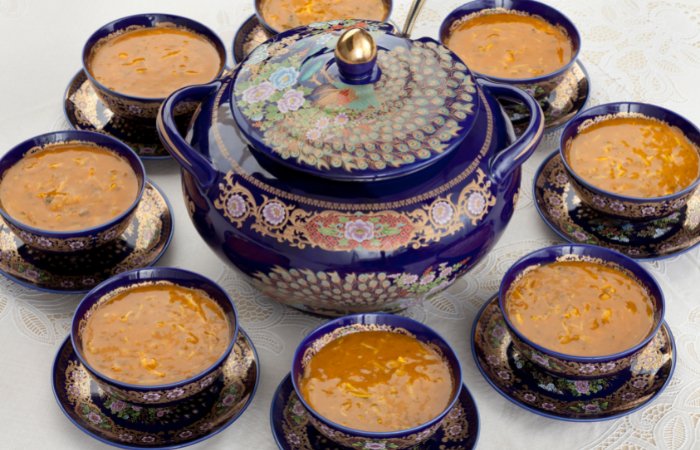 A hearty soup traditionally used to break fasts during Ramadan, Harira consists of:

The soup often includes lamb meat, but Moroccans frequently make it with a variety of other meats. Warm spices like paprika, cumin, turmeric, cayenne, and black pepper make Harira a popular dish for warming up in the winter months.

Morocco is well known for the role that religion plays in its culture. As of 2019, more than 99% of the country’s population is Muslim. The Islamic faith drives many of Morocco’s traditions. It is responsible for the building of thousands of religious mosques and monuments throughout the country. 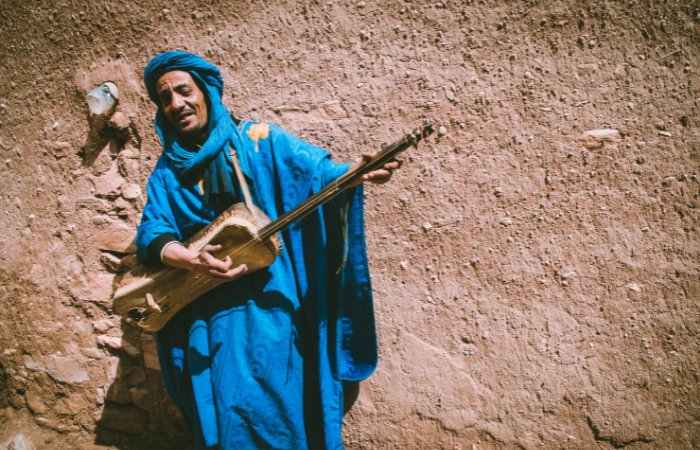 Chaabi music originated in the northern regions of Morocco. This genre of Moroccan music is popular among the public. It is featured most often in busy street squares and shopping markets of Moroccan cities.

The chaabi genre consists of upbeat tunes featuring the occasional flute and a variety of stringed instruments, such as:

To hear an example of Chaabi music, check out this video posted by YouTube user tamassinty:

Many refer to Andalusian music as the classical music of Morocco. Performed by full orchestras, it is one of the oldest genres of music in the country, dating back to the 9th century. Moroccans typically view this genre as a more refined type of music than chaabi music.

To hear Andalusian music, listen to this video posted by YouTube user Enjoy the Beat:

Although Andalusian music is an old form of Moroccan music, Berber music is even older. The Berber genre dates back to the first indigenous tribes of the region, and Moroccans appreciate the music for its deep roots in the country’s tradition.

For an example of Berber music, check out this video posted by Guada V:

Rai music is a more modern genre, first gaining popularity in Morocco in the 1980s. Rai compositions incorporate elements of many other Moroccan musical genres.

Although the Rai music of Morocco today has a more modern sound to it, many of its elements come from historical African music. The genre originated in the neighboring country of Algeria, but its acceptance in Morocco resembles a new era of independence and a shift in culture for Moroccans.

To learn more about modern Rai music, take a look at this video by Marocopedia English:

The Gnawa musical genre, built on spiritualistic values and African traditions, serves as a reminder of the role that slavery played in the country’s history. Gnawa music awakens the roots of African slavery that are important to the culture of Morocco.

To hear Gnawa music for yourself, take a look at this video posted by Traditional Music Channel on YouTube:

Both inside the country and out, Morocco is known for its deep-rooted traditions. Moroccans continue to acknowledge their ancestry and history through traditional clothing, celebrations, and religious values. 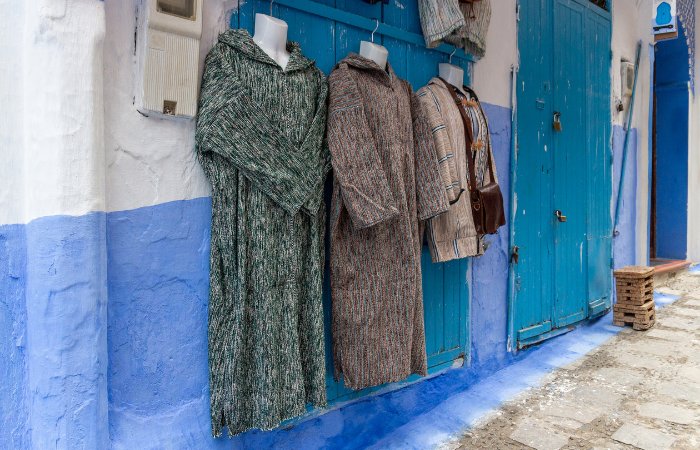 The djellaba is the most recognizable piece of traditional Moroccan clothing. Worn by both men and women, this floor-length, loose-fitting robe protects from hot and cold weather conditions. The long sleeves and loose fabric keep its wearer cool in the summer, while the hood helps conserve warmth in the winter. Djellabas can be made with both cotton and wool.

Considering how much of the Moroccan population is Muslim, religious celebrations are an essential strand in the fabric of Moroccan culture. The month-long tradition of Ramadan inspires lively festivals that Muslims look forward to every year.

Moroccans also appreciate art and music through annual festivals. In July, the Marrakech Popular Arts Festival happens in Marrakech. People come from around the world to enjoy visual arts such as painting, dancing, theatre, and more.

Each year, the imperial city of Fez holds the World Sacred Music Festival. The festival is held in June and consists of large concerts held at public gardens and parade grounds. The event lasts for an entire week.

Religion has a significant influence on Morocco’s traditions. Although Moroccans worry that recent globalization will pull the country’s values away from tradition, Islam still influences how families function. Muslims incorporate religion into aspects of their everyday lives, like donating to the needy and praying five times daily. 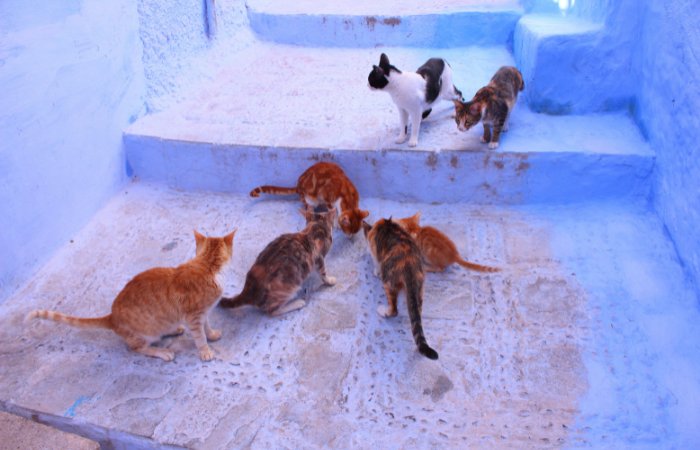 For many, the first thing that comes to mind at the mention of Morocco is the abundance of cats roaming the streets. While some think the street cats add to the country’s charm, others see the felines as an infestation that the government should address. Moroccans often leave food and water dishes out for the stray cats, unwilling to let them starve.

Morocco has long maintained a reputation as the most tolerant and stable of the Arab nations. Many attribute the country’s global stability to principles promoted by the Islamic religion. 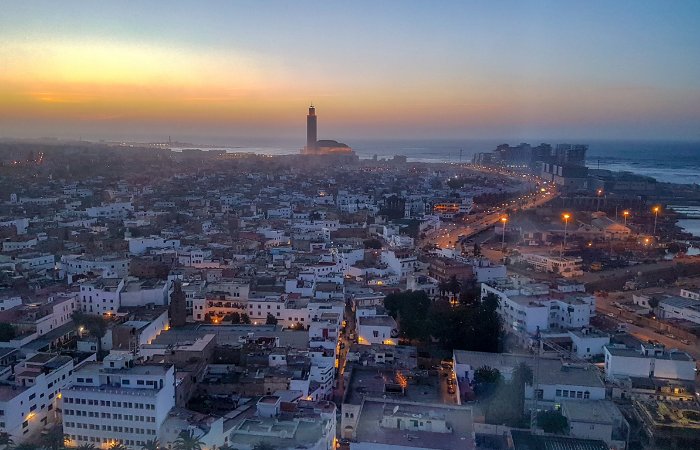 Appearances in the Media

One of the country’s most famous locations is the city of Casablanca, which many associate with an American-made movie of the same name. Casablanca, released in 1942, is an iconic American film set in Morocco. The movie’s high ratings and popularity throughout the years draw American tourists to Casablanca to this day.

Aside from its fame in Hollywood media, Casablanca is known for being the largest city in Morocco. The city’s population is upwards of five million people! To put this into perspective, the capital city of Rabat only has a population of approximately 580,000. 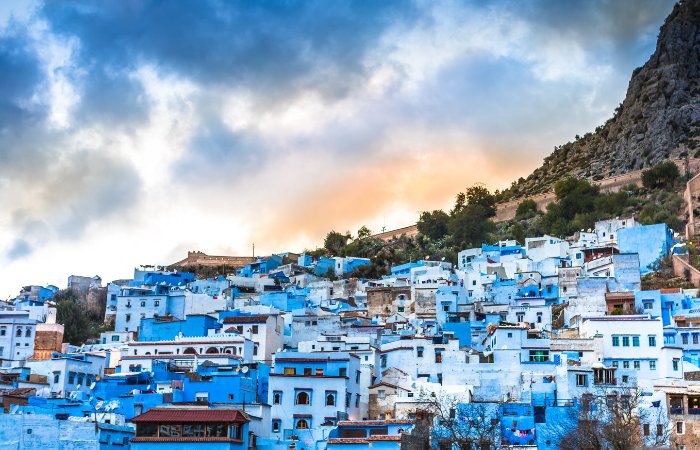 Despite being only the size of California, Morocco is well known for a wide range of physical and cultural characteristics. The country’s diverse geography, bustling imperial cities, luxurious monuments, and traditional dishes make the country an exciting destination for travelers from around the globe.

If you’re planning a trip to Morocco we recommend checking out Lonely Planet’s Travel Guide here and booking accommodation through Hostel World here for the best rates and customer service.