Top 28 Things Nebraska is Known For & Famous For 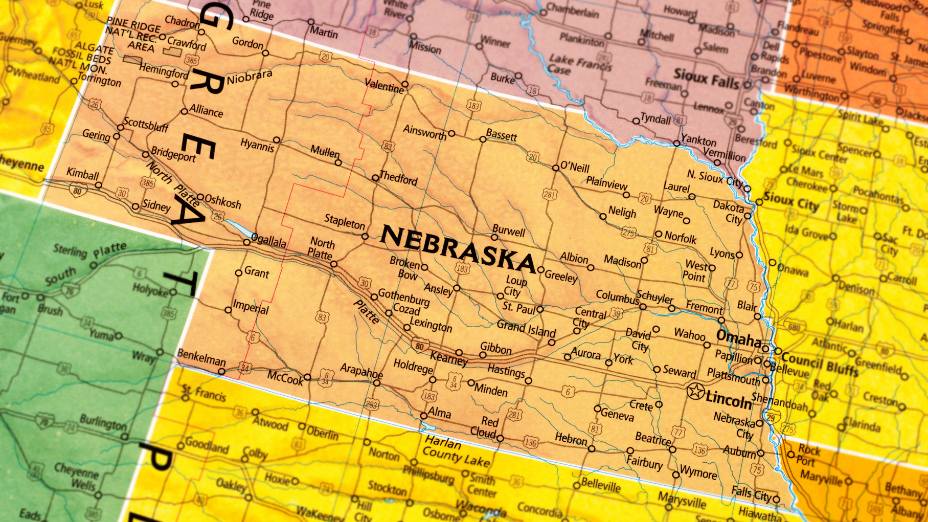 What Is Nebraska Known for & Famous For?

If you’re looking for an exciting place to visit in the United States, you should definitely check out Nebraska. This state is home to a lot of unique attractions and interesting places.

Nebraska is best known for its agricultural production. The state is a major producer of corn, wheat, and cattle. It is also known for the chimney rock formation, the sunken gardens in Lincoln, and the world’s largest ball of stamps.

In this article, we will discuss some of the places & public figures Nebraska is most famous for. Whether you’re interested in its history, culture, or natural beauty, Nebraska has something to offer everyone!

Lincoln is the capital of Nebraska, located in the eastern part of the state. This city is known for its beautiful architecture and many museums and art galleries. Lincoln’s most famous attractions include the State Capitol Building, Nebraska State Fair, and Sheldon Museum Of Art.

The Nebraska State Fair is a widely popular annual event. The fair is a celebration of all things Nebraska, and it features food, entertainment, and exhibits from all over the state.

The largest city in Nebraska, Omaha is located in the eastern part of the state., and is a great place to visit if you’re interested in learning about American history. The city is home to various historical landmarks, including the Joslyn Art Museum, which features a variety of exhibits on American art and artwork from around the world.

It is also home to the Durham Museum, which is located in downtown Omaha, Nebraska. Durham Museum was established in 1975 and has since attracted a steady stream of visitors daily. The museum features exhibits on the history of the United States, especially in the western region.

Omaha is also home to the Strategic Air Command Museum, or SAC.

The Strategic Air Command Museum is a museum dedicated to the history of the United States Air Force. The museum is located between Lincoln and Omaha, Nebraska, and it features exhibits on aircraft, missiles, and other military hardware.

The Avro Vulcan bomber is a British-made aircraft the Royal Air Force used during the Cold War. The bomber is displayed at the Strategic Air Command Museum in Omaha, Nebraska.

The Avro Vulcan bomber is a premier attraction in the museum.

Omaha also has a great zoo that people from several states away come to visit each year. The Henry Doorly Zoo & Aquarium is an award-winning zoo located in Omaha, Nebraska. The zoo features over 17000 animals from around the world.

It has also been named one of the best zoos globally by several organizations. The zoo is also home to America’s largest indoor rainforest. If you’re looking for something to do outdoors, Omaha also has several parks and recreation areas.

Nebraska is one of the most important agricultural states in the United States.

The state is home to many corn and soybean fields, and it is one of the major beef-producing states in the country. If you’re interested in learning more about Nebraska’s agriculture industry, visit the Nebraska State Fairgrounds in Lincoln.

Warren Buffett is one of the few ultra-successful businessmen globally, and he’s from Nebraska. He was born in Omaha in 1930 and has been involved in various business ventures throughout his career.

He is currently the CEO of Berkshire Hathaway, a multinational conglomerate company. Buffet has left his mark on the state of Nebraska, and he is a source of pride for many Nebraska citizens.

Nebraska Is Famous for the Following Foods

Just like any other state, Nebraska is famous for some of the most unique foods. Let’s look at some of them:

The Louisiana Purchase took place in 1803 and was purchased from France for $15 million. The United States made the purchase, and it gave the country ownership of a large area of land that is now known as Nebraska. Fourteen other states also came from the Louisiana Purchase.

The Chimney Rock is a natural landmark located in western Nebraska. The formation is a popular tourist attraction, and it can be seen from miles away. The rocks were formed geologically and stand at an impressive height of close to 300’ (91.44 m).

In 1956, Chimney Rock was designated as a National Historic Site.

The Indian Cave State Park is located close to the town of Shubert, Nebraska. The park features a variety of outdoor activities, including camping, fishing, and hiking. The park is also home to Indian Cave, a limestone cave with various geological features.

The Cowboy Trail is a popular hiking and biking trail located in northern Nebraska. The trail is popular among outdoor enthusiasts, and it offers a variety of scenery, including plains, hills, and forests. The trail spans over 195 miles, and it passes through several small towns in the state.

Sunken Gardens is a garden located in Lincoln, Nebraska, since 1930. The garden features a variety of plants and flowers, and it is open to the public year-round. It is widely accepted as one of the best gardens in North America.

The land was previously the site of a neighborhood dump for refuse, but it was donated to the city by prominent families in the area. Each year, different designers plan what goes in the garden.

Pioneer Courage Park is a park that is located in Omaha, Nebraska. The park is dedicated to the pioneers who settled in Nebraska, and it features a variety of monuments and statues. The park is popular among tourists and locals alike.

Pioneer Village has over 50,000 artifacts in its collection and is dedicated to preserving history by restoration.

The World’s Largest Ball of Stamps is a tourist attraction located in Boys Town, Nebraska. The ball is made up of stamps from all over the world, and it is on display at the Leon Myers Stamp Center. It is essentially a big globe of canceled stamps.

Philatelists & stamp collectors from all over the world should make it a point to see this amazing work of art.

Edwin Perkins invented Kool-Aid in Hastings, Nebraska, and it is a popular drink made from flavored Kool-Aid packets and sugar. Kool-Aid was created to keep children hydrated during the hot summer months.

It is now available in various flavors and is sold in grocery stores worldwide.

The Sandhills are a group of mixed-grass prairie located in north-central Nebraska. The region is made up of sand dunes, and they span over 19,000 sq miles (49,209.8 sq km). The Sandhills are a popular tourist destination, and they offer a variety of activities, including biking and camping.

Marlon Brando was born in Omaha, Nebraska, in 1944 and is a famous actor who has starred in a variety of films over the years. Marlon’s family stayed in Omaha for the first six years of his life.

These years were well spent and are one of only two places where he ever felt happy.

Brando is perhaps best known for his role in The Godfather, for which he also won the Oscar. However, his first-ever academy award win was for his part in On The Waterfront (1954).

Marlon Brando’s career has spanned over six decades, and he is considered one of the greatest actors of all time.

President Gerald Ford was born in Omaha, Nebraska, and was the 38th president of the United States. Ford served as the president from 1974 to 1977, and he is best known for his presidential pardon of Richard Nixon in the Watergate Scandal.

Before serving as the president, Ford was the vice president of the United States from 1973 to 1974. Gerald Ford is the only president to have been born in Nebraska.

Great Platte River Road Archway Monument is a monument located in Kearney, Nebraska. This monument was opened in July 2000 to commemorate the history of Nebraska and the Platte River Valley in the development of America.

The monument is open to the public year-round, and it features a variety of exhibits on the Great Plate River Road.

Nebraska is known for its rich history and culture, and it is home to some of the best attractions in the United States. There is something for everyone in Nebraska, from the Strategic Air Command Museum to the Henry Doorly Zoo. Looking for a great vacation destination, look no further than Nebraska.

If you are planning a trip to Nebraska this travel guide is supposed to be the best!