Top 20 Things Nevada is Known For & Famous For 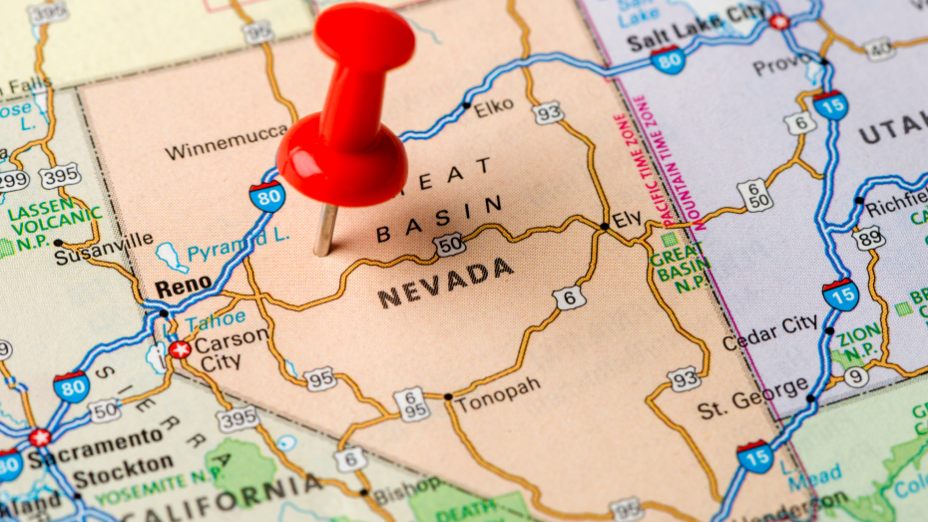 What is Nevada Known For?

Nevada’s history is as rich and varied as its stunning landscapes. From fire-red deserts to snow-capped mountains, from ancient artifacts to ancient trees, from an alien-themed highway to “Sin City”, Nevada is full of beauty, mystery, cultural significance, deep history, and wild entertainment.

Nevada is known for Las Vegas, mostly. Not many people realize that there are many scenic deserts and national parks, such as the Great Basin National Park, or the Valley of Fire state park. Nevada is also known for Area 51 and the extraterrestrial highway. 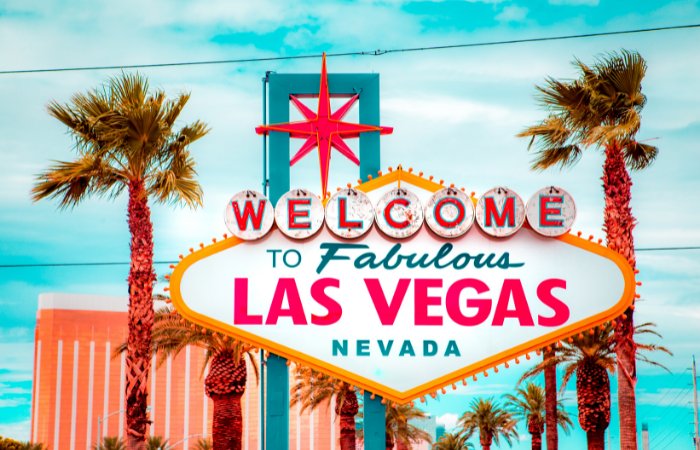 Las Vegas, Nevada is internationally known as a city built to draw in crowds and entertain.

The party town has mobsters and the spirit of the Wild West woven into its history. Before it was “Sin City”, the land and surrounding region had a much deeper history rooted in indigenous cultures. Today, Las Vegas reflects all of its varied, complex roots.

Let’s talk more about what makes Las Vegas so famous and a bit of its history. 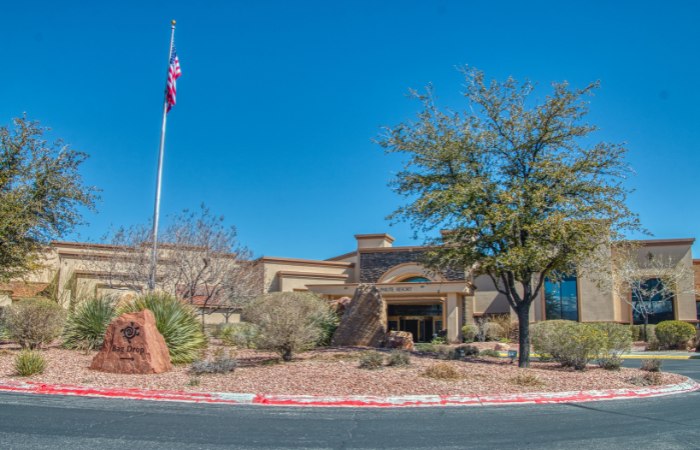 Home to the Southern Paiute Tribe

The area now known as Las Vegas has been home to parts of the Southern Paiute tribe since at least 1000 CE. Evidence of Paleo-era indigenous peoples inhabiting Southern Nevada dates back to before 9000 BCE.

While initial European settlers reported the land to be hostile, the Southern Paiute people had been thriving in the larger region for centuries.

Historically, the Southern Paiute people have been known for being exceptionally skilled in fine basket weaving and similarly significant and skilled crafts. The Las Vegas Southern Paiute tribe currently resides in the Las Vegas area as a sovereign indigenous nation.

The Arrival of European Settlers

The Las Vegas area became part of the Old Spanish Trail route from Santa Fe to Los Angeles after a traveler and scout, Rafael Rivera, came upon the marshy area of Las Vegas Valley in January of 1830 while looking for water.

The official establishment of Las Vegas as a settler-founded city began on May 15, 1905, due to the acquisition of 110 acres (44.5 hectares) of land that was sold by William A. Clark. He was the owner of the region’s three railroad lines:

The land was sold off into 1,200 lots and purchased mainly by railroad workers and ranchers. 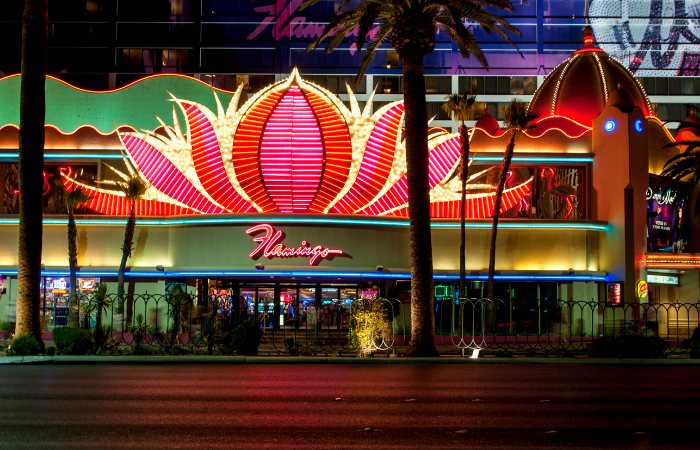 Since its founding, Las Vegas has been known for being a rough and tumble town. Drinking, gambling, smoking, and brawling are core parts of the town’s history and reflect the rugged, raucous individuals who purchased the initial 1,2000 lots.

Even with the state-wide 1910 ban on gambling and the nationwide prohibition of alcohol in 1920, Las Vegas continued to operate underground gambling casinos and speakeasies successfully.

With far less enforcement capability than the much more established East Coast cities, illicit activities were generally more easily able to fly under the radar.

Jim Ferguson came into the Las Vegas scene smack in the middle of the ban on alcohol sales and gambling in late 1924, which was the perfect time to become a crime boss of the new city.

Through exploiting the city’s enforcement weaknesses, paying off top city officials, opening up and taking over clubs and saloons, and publicly beating up his rival, Al James, Ferguson became the first powerhouse mobster of Las Vegas’s underworld.

By 1929, federal raids on organized crime in Las Vegas dethroned Ferguson, leaving space for new names to claw their way to the top of Sin City.

Gambling was legalized in Nevada again in 1931, and the sale of alcohol was nationally re-legalized in 1933. By this time, speakeasies, bootlegging, and gambling in Las Vegas had been thriving for two decades.

In that same year, thousands of workers moved to the Las Vegas area to construct the Hoover Dam project. This influx of people was just what the gambling and entertainment industry of Las Vegas needed. Additional casinos, show venues, and bars opened up on Fremont Street to draw in the construction workers.

This opportunity to build assets in Las Vegas, along with a power vacuum left from the fall of Jim Ferguson, attracted some East Coast and Los Angeles mobsters to the area in the 1930s and early 1940s.

Benjamin “Bugsy” Siegel, Charles “Lucky” Luciano, and Meyer Lansky, representing New York’s Luciano crime syndicate, opened up the Flamingo resort in 1946. The eventual success of this resort was a pivotal moment in really putting Las Vegas on the map as a popular tourist destination.

While the Flamingo was the third hotel-casino to open on the Las Vegas strip, its unique focus on luxury and showcasing famous acts, and ties to the East Coast mobs, cemented the hotel’s iconic position within Las Vegas history.

Today, this city of approximately 650,000 residents draws in about 40 million visitors each year. People come to the city for the same reasons tourists flocked to Vegas in the 1940s:

Tourists can enjoy many performances such as burlesque dances, musical acts, magician shows, acrobatic acts, and feats of daring. And if a visitor is curious about the role of the mob in Las Vegas’s history, they can always visit the Las Vegas Mob Museum. 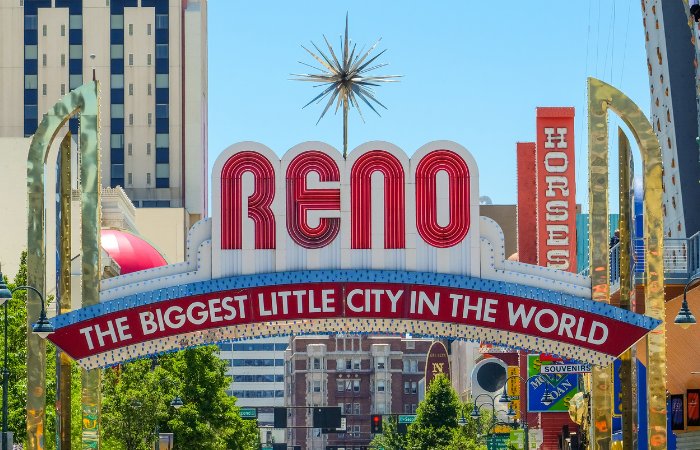 Reno is known as the “biggest little city in the world.” Though Las Vegas outshines Reno in many ways, this city is still full of casinos and is near to many ski resorts and outdoor recreation destinations, such as Lake Tahoe.

Nevada is home to some breath-taking desert scenery. The two largest deserts in Nevada are the Great Basin Desert of Northern Nevada and the Mojave Desert of Southern Nevada.

The Valley of Fire State Park comprises 40,000 acres (16,187 hectares) situated within the Mojave Desert. As the name implies, the park features stunning red Aztec sandstone formations scattered across the landscape.

Filled with dozens of trails, the state park offers visitors a variety of hiking options and chances to get up close and personal with the gorgeous fire-red sandstone formations. 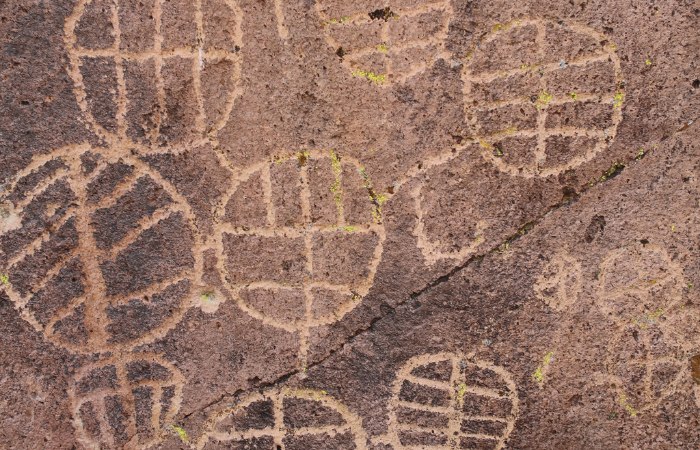 The park is home to ancient petroglyphs, which are rock carvings made with a stone chisel and hammerstone. Some of these petroglyphs are estimated to date back to around the year 2,000 BCE and were likely created by people of the Anasazi cultures.

The petroglyphs in Valley of Fire State Park seem to depict scenes of hunting, spiritual practices, community life, the animals of the area, and other important aspects of people’s various cultures.

In addition to petroglyphs, the Valley of Fire State Park is home to some stunning and ancient petrified logs and stumps, and the mineralized remains of some ridiculously old trees. These beautiful logs have gone through a mineralization process over the course of millions of years.

About 225 million years ago, these logs and stumps were washed down a river into the Valley of Fire, where they ever-so-slowly went through the mineralization process. Essentially, the wood was buried under mud and other sediment layers that prevented the wood from being exposed to oxygen, which is essential to the decomposition process.

Instead of being fully decomposed, minerals begin to crystallize within the pores of the tree. The Valley of Fire State Park has two locations where visitors can easily view these beautiful logs. 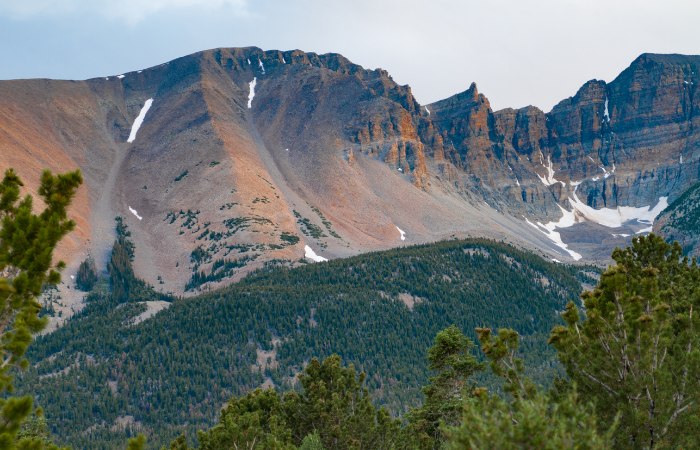 Lehman Caves is actually one cave that extends over a quarter of a mile (0.4 kilometers) deep into a hillside of the Great Basin. This cavern has been attracting visitors since the late 1880s when a man named Absalom Lehman stumbled upon a natural entrance to the cave.

In 1922, the cave became protected by the US Forest Service through the establishment of the Lehman Caves National Monument. In 1933, responsibility for the protection of the cave was transferred to the National Parks Service.

Today, visitors can go on a guided tour of the cave and enjoy the diverse display of cave formations or speleothems.

In addition to being adorned with stalactites, stalagmites, and columns, Lehman Caves contains over 300 shield formations. These are a rare type of formation not known in such numbers in any other cave.

The Great Basin Bristlecone Pines are the oldest non-clonal species on the planet.

Non-clonal trees are genetically unique organisms, as opposed to clonal trees, which are genetically identical to the parent organism. They are only found in parts of California, Utah, and Nevada. The oldest of the Great Basin Bristlecone is calculated to be 5,071 years old.

These ancient trees are true survivors, thriving on top of arid summits in limestone rock soil, under often harsh winds, where the majority of vegetation simply can’t survive. The trees are extremely slow-growing and, depending on conditions, can grow anywhere from a height of a mere 30’ (9 meters) tall up to 60’ (18.3 meters) tall.

Hundreds of thousands of years of growing in unprotected areas with high wind twist, bend, and gnarl the trees into magnificent shapes. 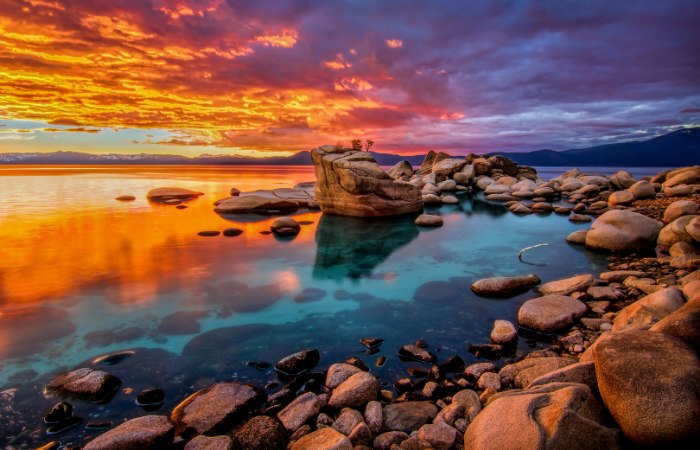 Lake Tahoe is located in the Sierra Nevada Mountains on the border of California and Nevada. This lake is known for its beaches with water activities and ski resorts among other things. 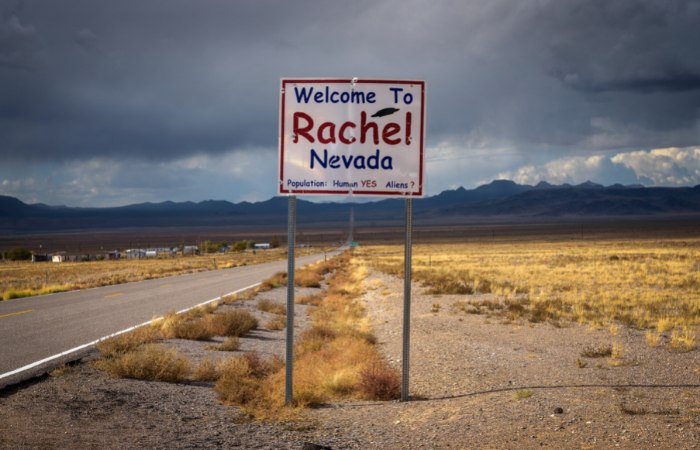 While Area 51’s existence wasn’t officially publicly acknowledged by the US government until 2013, the military installation has existed near Nevada’s Groom Lake since 1955. The US government built the facility to test highly classified military technology such as the Lockheed U-2 Spy Plane.

Over the years, due to the secrecy of the facility combined with frequent UFO sightings occurring around the installation, Area 51 has become the focus of many conspiracy theories and alien lore.

The fame surrounding Area 51 began in the 1980s after an alleged employee, Bob Lazar, of the larger military complex that includes the testing airbase claimed that he was assigned to work on reverse engineering alien space crafts. An investigative report with Lazar became international news, and tourists have been coming to the region surrounding Area 51 ever since. 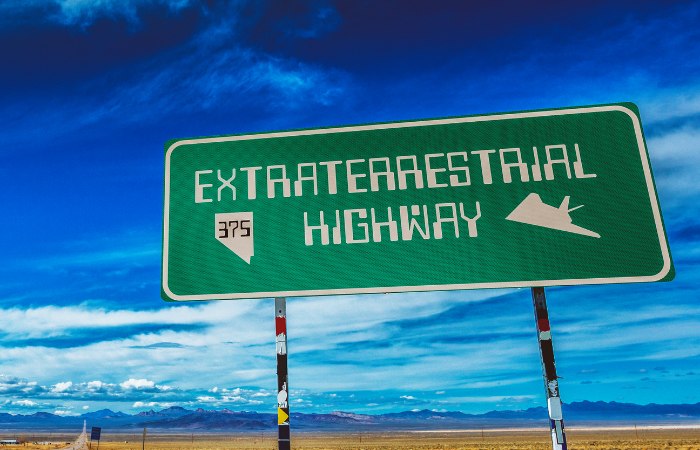 The Extraterrestrial Highway, officially designated as such by the state of Nevada in 1996, is a 98-miles stretch of road with several alien-embracing stops along its path.

Those fascinated by all things alien lore can visit some iconic tourist destinations such as the Little A’Le’Inn motel and diner, the Area 51 Alien Research Center gift shop, and the sticker-adorned Extraterrestrial Highway road sign.

Along the route, gas stations, restaurants, shops, and motels are decked out in alien gear and decor. 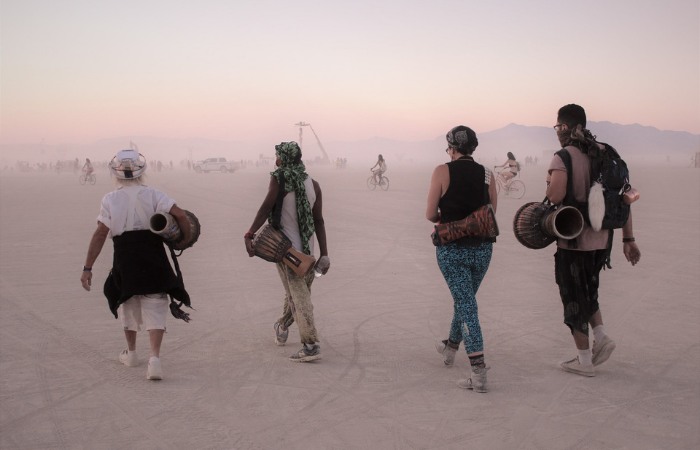 Burning Man is a week-long artistic gathering that attracts around 75,000 people per year to the Black Rock Desert in Nevada. While this enormous gathering is now world-renowned for its incredible art installations, massive fires of burning figures, and raucous partying, Burning Man actually had very modest roots.

The History of Burning Man

The roots of this iconic event all started in the summer of 1986 on a San Francisco beach, when Burning Man founder Larry Harvey, along with his friend, burned a large wooden effigy of a human. The fire attracted a crowd of dozens of beachgoers.

The spontaneous community formed from the fire inspired Larry, and burning a wooden man became a yearly event that drew increasingly extensive crowds upon the beach.

The effigies became larger and larger. By the fourth year of the event, the effigy was 40’ (12.2 meters) tall, and the police promptly ended the celebration on the beach. Harvey and his friends relocated the firey festival to the Black Rock Desert in Nevada, where it quickly turned into a yearly event that drew thousands of people.

In the 1990s, Burning Man grew into an event rooted in artistic expression, radical community, gift-giving, sharing, self-reliance, and communalism. In 2004, Larry Harvey drew up 10 Principles of Burning Man to help guide the week-long celebration. 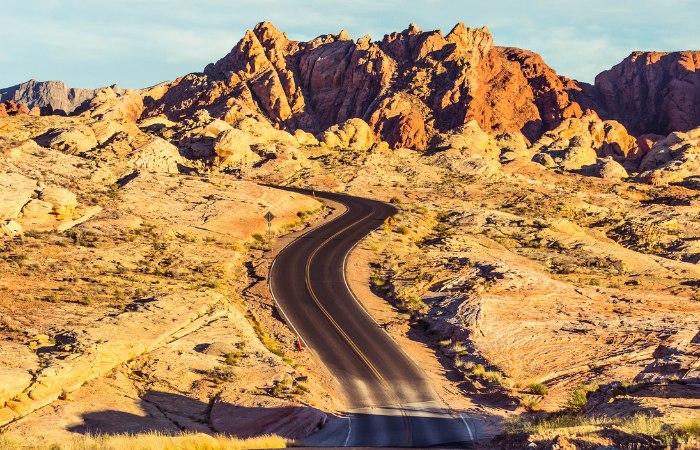 Nevada is an extraordinary state and is cherished by a diverse group of people for its rich biodiversity, gorgeous landscapes, ancient artifacts, ancient organisms, rich histories, wild entertainment, art, and even alien lore.

If you’re planning a visit to Nevada be sure to check out this Nevada Bucket List Adventure Guide on Amazon here.