Top 20 Things Oklahoma is Known For & Famous For 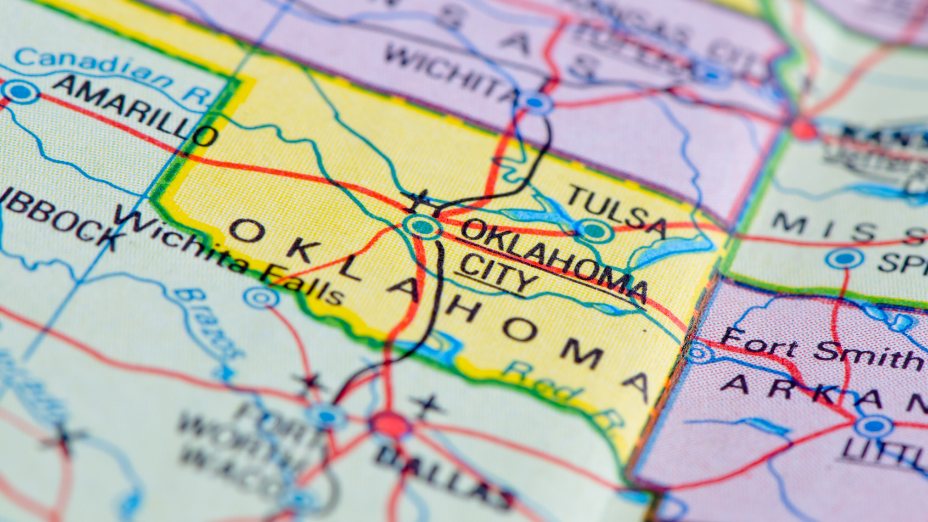 What Oklahoma Is Known for & Famous For

Oklahoma, established in 1907, is the 46th state in the United States. Located in the Great Plains, Oklahoma has a diverse culture and multiple stunning natural attractions.

Oklahoma is known and famous for its natural wonders, aviation and oil industry, and delicious food. It is also known for the Oklahoma City federal building bombing that happened in 1995.

In this article, you will learn about many of the notable aspects of Oklahoma, including its nickname, historical events, tornadoes, sports, beautiful places to visit, and Oklahoma’s most famous foods.

Oklahoma is fondly known as the Sooner State. Despite the present attitude toward the name, the term “sooner” originates from a derogatory title given to people who moved into Oklahoma during the Land Run of 1889 before the appointed time.

The “Sooners” ultimately took over more than half of the state, causing the legal settlers to disdain them.

In 1908, the University of Oklahoma named its football team “The Sooners,” altering the public’s view of the term. Oklahoma has yet to officially be called “The Sooner State” by government authority. However, many Americans affectionately refer to the state by this label.

The Oklahoma Land Rush of 1889

The Oklahoma Land Rush of 1889 is also known as the Oklahoma Land Run. Initiated by an amendment to the Indian Approbations Bill that opened up Oklahoma for white settlers, the Land Rush was a chaotic event resulting in thousands of individuals and families fighting for territory in what is now the state of Oklahoma.

The official date for the Land Rush was April 22, 1889, when most settlers swarmed into the state, ready to stake their claims on the land. The run began approximately six months prior when both illegal and legal “Sooners” entered the territory despite the historical date.

This tumultuous event which led to many trials for the new settlers, including land ownership disputes, is an important day in the history of the American West as it marks the birth of what is now Oklahoma.

Discover more of Oklahoma’s history in this compelling book of stories that shaped what the state is today.

Oklahoma City, OK was an essential city from its creation. The establishment of the present capital of Oklahoma began before the state was declared a territory. Within days after the Land Rush, the new citizens of the Oklahoma lands had already elected a mayor and subdivided the region into counties.

Oklahoma City had near-instant success in population growth due to its industrial establishment.

Starting as a meatpacking town, Oklahoma City later became a leading source of oil due to its natural well resource. The oil discovery led to the city’s continued growth as the center of the prominent oil industry within the state.

As the capital of Oklahoma, Oklahoma City continues to be an important town, leading the state in many businesses, industrial resources, and government operations.

The Oklahoma City Bombing and National Memorial is a haunting tourist location, including a museum to commemorate the terrorist attack on April 19, 1995. A destructive, homemade bomb in a rental truck exploded, damaging the Alfred P. Murrah Federal Building. This attack killed 168 men, women, and children and injured over 500 others.

It also damaged a daycare center that was housed in that building.

If you visit the memorial, you will notice a chain-link fence, a reflecting pool, and 168 empty chairs. This outdoor exhibit is to commemorate the 168 lives lost during the attack.

Tulsa, OK is the second-largest city in the state. Its establishment began in 1820 when it became a reservation for the Creek Native Americans. Today, it is a bustling city due to its optimal location relative to other large cities and roads.

Like Oklahoma City, the discovery of oil in the early 20th century increased business and settlers. Tulsa soon became known for its oil and petroleum industries, and these resources ultimately resulted in Tulsa being an important aviation city for the nation.

Because of its growing business opportunities, a diverse and large population of people moved into the area in the years surrounding World War II. Tulsa now has a deep history of growth, racial violence and tension, and cultural diversity.

There are numerous museums and historical sites to visit in Tulsa.

Oil is possibly the leading factor that led to Oklahoma quickly becoming a state.

The first significant oil well was discovered only ten years before its establishment as a state. In 1907, the same year that Oklahoma gained its state title, it became the world’s leading oil resource.

There have been three oil booms in Oklahoma over the past century, making the state heavily reliant on this resource. However, Oklahoma’s oil production is now more of a historical novelty than a leading source of revenue for the state.

Despite the drop in oil production, Oklahoma is still famous for its oil resources. The state’s entire existence and its current significant industries, such as the aviation industry, could be attributed to the state’s oil history.

In addition to its oil resource, Oklahoma is one of the leading Iodine producers in the world. Iodine production began in 1977, and it continues to be an essential source of revenue for the state as Oklahoma is the only state in the U.S. to provide this resource.

Oklahoma is one of the country’s leaders in the aviation and aerospace industries and has been for over 100 years.

During World War II, the state’s aviation industry took off when the oil industry boom shifted into aircraft production. This shift led to exponential population growth and a solid foundation for what is now a substantial employment resource in the state.

Born from the aviation industry, the aerospace profession is another vital resource within Oklahoma. They have one of the 12 space stations in the United States, making it a critical location for Aerospace innovation.

Located in the center of tornado alley, Oklahoma has been famous for its frequent twisters since its beginning. Tornado season is usually between April and June, but tornado warnings often occur year-round.

The largest tornado ever recorded occurred near Tulsa during a supercell storm on May 3, 1999. Because of its history of destructive tornadoes, Oklahoma has worked to create many innovative tornado warning and detecting systems to help its citizens avoid danger.

Since weather is unpredictable and uncontrollable, these broadcasting innovations are limited in their ability to protect people from Oklahoma’s destructive tornadoes.

Oklahoma doesn’t have a major league football team, but this favorite American sport is still an essential part of the state’s culture.

Oklahoma is also known for its college football team, The Sooners, at the University of Oklahoma in Norman, OK.

Originating as a Seattle basketball team known as the SuperSonics, the now Oklahoma City Thunder team had a strong history of championships for over 40 years before being sold to investors in Oklahoma.

This transaction resulted in the team being renamed and relocated to Oklahoma City, where it stands strong today.

Revered by various Native American tribes as a land of healing waters, the Chickasaw and Choctaw tribes offered to sell the land to the federal government in 1902 as a park. They did this to keep the surrounding city’s development from accessing the mineral springs. The park started as a mere 640 acres known as Sulfur Springs Reservation.

The reservation quickly grew in size and popularity.

Building, reforestation, and species introduction occurred in the 1930s to turn the park into a campground for the Civilian Conservation Corps. Today, historic buildings and bison, which are the only nonnative species to remain, preserve the movement.

Chickasaw National Recreation Area is a beautiful and popular site for tourists and locals alike. The mineral-scented springs bring awe and wonder to their viewers.

Because of its vast amount of natural resources, you can see signs of settlement by Native Americans as early as 900 AD.

The park gets its name from the legends of western outlaws that supposedly hid near the cave in the 1800s. Robbers Cave State Park is a stunning landmark that brings recent and ancient history together.

Turner Falls Park is located in Davis, OK. It is named for Thomas Turner, who discovered the falls when he moved there with his Chickasaw wife, Laura, in 1878. The land had already been used for recreational purposes for a decade prior due to its beautiful scenery and wildlife.

Today, the park makes up hundreds of acres of natural wonders, including caves, pools, trails, and the largest waterfall in Oklahoma. If you visit Turner Falls Park, you will enjoy hiking, natural swimming areas, picnic spots, and even a castle from 1930.

Broken Bow Lake is a manmade lake in Beavers Bend State Park. Made in 1968, Broken Bow Lake has been considered Oklahoma’s most famous lake since its completion in 1970. The lake’s surroundings include 15 miles of trails, the Cedar Creek Golf Course, and the Mountain Fork River.

Even though the lake is named for Broken Bow, OK, the nearest town for you to visit is Hochatown, OK.

Food Oklahoma Is Known For

Oklahoma is known for its delicious southern recipes. The Oklahoma state meal is a delightful combination of foods:

It is prepared by taking a thin piece of round steak and tenderizing, battering, and frying it. Finally, it is topped with gravy and served with mashed potatoes and vegetables. If you visit a restaurant in Oklahoma, you are guaranteed to enjoy chicken fried steak.

Its quality undergoes severe criticism, and a bad chicken fried steak would jeopardize a restaurant’s integrity.

Fried okra is a typical side dish in any area of the south, but it has particular significance in Oklahoma. The okra is fried in a batter made of cornmeal flour and buttermilk. You will find this crunchy classic at nearly any restaurant in the state.

Cornbread is another southern classic included in the Oklahoma state meal. This delectable side can be savory or sweet and accompanies various dishes. A favorite way to serve cornbread in Oklahoma is to top it with butter and honey.

The fried onion burger is Oklahoma’s most famous burger. It’s so popular that El Reno, OK celebrates an annual Fried Onion Burger Day Festival. Every year, the citizens of this town pride themselves on creating the world’s most enormous fried onion burger.

If you pass through El Reno, you should stop to try the hometown classic.

Oklahoma is a diverse state with a unique history. The Sooner State was quickly settled during the Land Rush of 1889 and grew exponentially with the discovery of natural oil and iodine resources. Today, the state is known for its aviation and aerospace industries, wild tornadoes, and love for sports.

Visit the state’s natural wonders and try its mouthwatering dishes as you go through Oklahoma.

If you’re planning a visit to Oklahoma be sure to check out this travel guide on Amazon!