7 Interesting Things Omaha is Known For 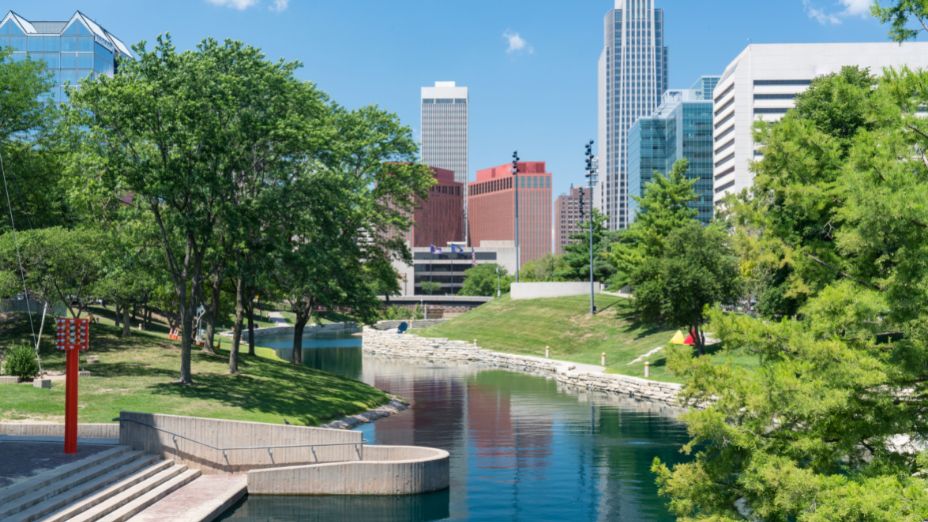 What Is Omaha, Nebraska Known For

When you think about the most famous locations in the United States, most people think of major cities like Dallas, New York, and Los Angeles. However, these cities are not the only important locations in the country. Other cities, including Omaha, Nebraska, are also key parts of the United States, even though the city is in the middle of the country.

Omaha, also called the Gateway to the West, is known for the world-class Henry Doorly Zoo and as the home of business magnate Warren Buffett. It is also known as the home of the annual College World Series baseball tournament and home to the headquarters of four Fortune 500 companies.

These are only some of the key reasons Omaha is both famous and nationally significant. In this article, I’ll look at these reasons in further detail. I’m sure that by the time you finish reading, you’ll have a newfound appreciation for a city that you have overlooked previously!

Omaha Is Home to the Henry Doorly Zoo and Aquarium

When you talk about Omaha attractions, the Henry Doorly Zoo is undoubtedly at the top of the list. Accredited by the Associated of Zoos and Aquariums, this zoo is a member of the World Association of Zoos and Aquariums and was given the title “world’s best zoo” by travel company TripAdvisor in 2014.

The zoo can trace its roots to the Riverview Park Zoo, which opened its doors in 1894. The first efforts to improve the zoo can be traced to the formation of the Omaha Zoological Society in 1952.

The zoo was renamed in memory of Henry Doorly, who was the chairman of the World Publishing Company, in 1963, following the donation of $750,000 by his widow, Margaret Hitchcock Doorly.

It is home to nearly 1000 species of animals, and some of the key exhibits include:

If you’re traveling with young children, it’s my recommendation that you don’t send them to their other parent without keeping an eye on them. I did this once with my 4-year old, and we lost her for a few minutes. We finally found her by the polar bears. 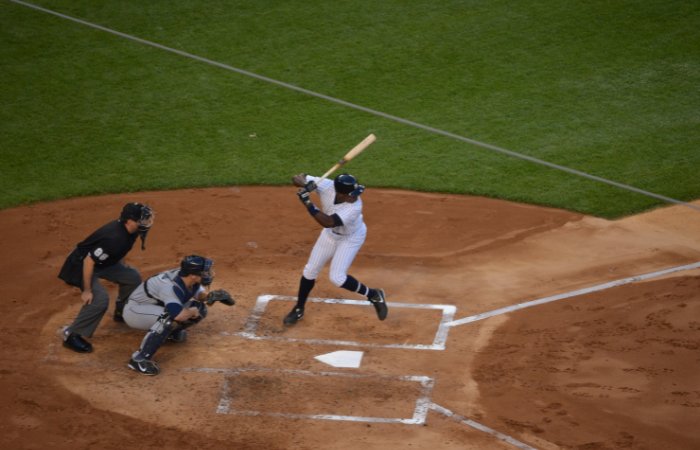 Initially, the tournament was held at Rosenblatt Stadium. However, since 2011, it has been played at TD Ameritrade Park Omaha.

While the tournament was hosted in Omaha annually from 1950-2019, it was canceled in 2020 due to the Covid-19 pandemic. It was the first time the College World Series was canceled in history.

It resumed in 2021 and saw the Mississippi State Bulldogs baseball team win the Championship.

The NCAA announced a contract extension for the College World Series in 2009, committing to keep the tournament in Omaha until at least 2035. 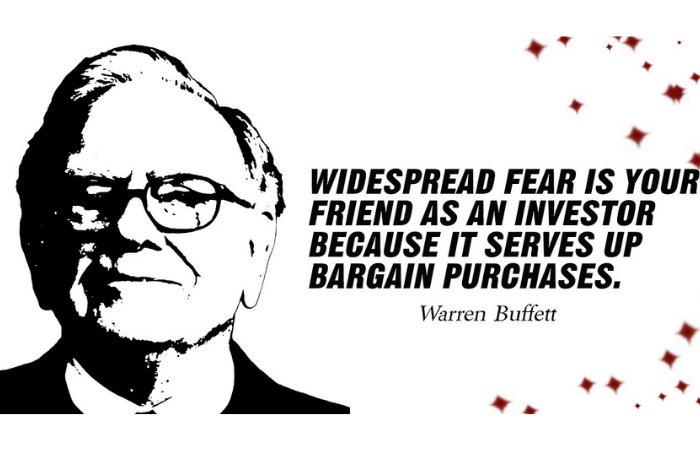 Omaha Is the Birthplace of Warren Buffet

Business magnate Warren Buffet, considered among the most successful investors in the world, was born in Omaha in 1930. Today, Buffet has a net worth of about $102 billion and, as of October 2021, was the 9th richest person in the world.

He is often referred to as the Oracle of Omaha or the Sage of Omaha. However, many local residents don’t even care about him.

Buffet is Chairman, CEO, and owner of conglomerate holding company Berkshire Hathaway, which is headquartered in Kiewit Plaza, Omaha. He is also a noted philanthropist and has pledged to donate 99% of his fortune to worthy causes either during his lifetime or in his will. 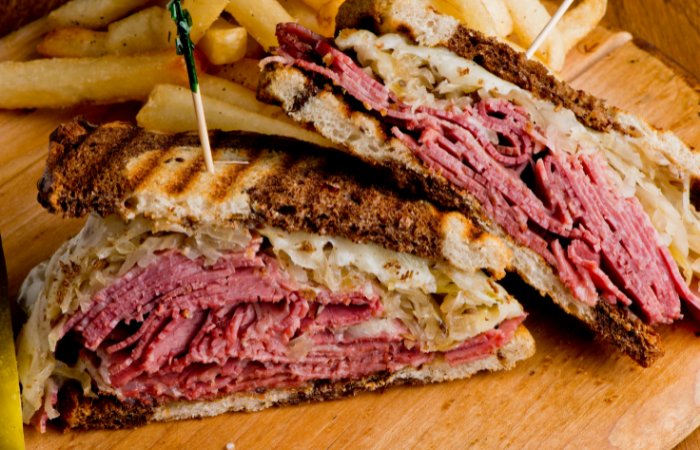 Omaha Is the Birthplace of the Reuben Sandwich (Maybe)

While New Yorkers might have other opinions, most Omahans agree that Omaha is the true birthplace of the Reuben sandwich.

If you’ve never had one before, you’re missing out – they’re delicious!

The story behind its invention goes that Reuben Kulakofsky, a Jewish, Lithuanian-born grocer who lived in Omaha, used to play a weekly game of poker at the Blackstone Hotel.

During those games, he would ask for a sandwich with corned beef and sauerkraut. One of his regular poker buddies was hotel owner Charles Schimmel, and it was Schimmel’s son who came up with the sandwich described above.

To Kulakofsky’s request of corned beef and sauerkraut, he added Swiss cheese and Thousand Island dressing. Impressed with the taste, Schimmel added it to the hotel’s lunch menu, and one of the hotel’s employees would win a national sandwich idea contest with the recipe.

The sandwich was named after Kulakofsky, and March 14th is celebrated as Rueben Sandwich Day in Omaha.

The Rueben is sometimes made using Thousand Island dressing rather than the more commonly accepted Russian dressing as a nod to the original recipe.

However, we would be remiss if we didn’t point out that this claim to the sandwich’s creation is often disputed. Many stories instead claim that it was created in New York City by either Arnold Reuben, owner of Reuben’s Delicatessen, or Alfred Scheuing, a chef at the same deli.

While the facts may be lost to history, it’s undeniable that Omaha is proud of its title as the birthplace of the Rueben (well, maybe). If you ask any Omahan where they believe the true home of the sandwich is, they’ll proudly tell you it’s Omaha, and anyone who claims otherwise is lying. 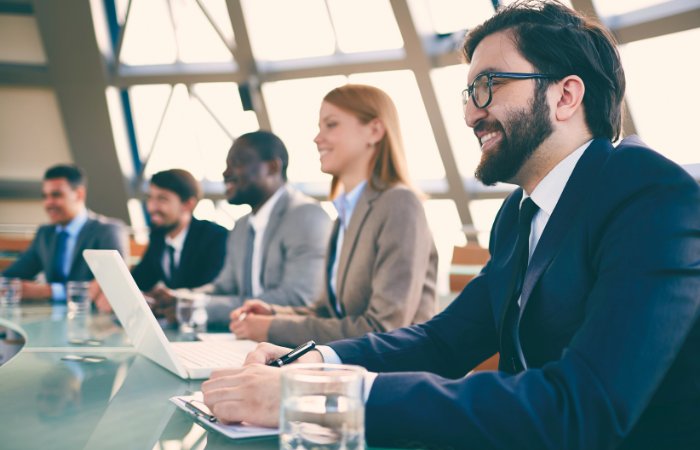 When you hear the phrases Fortune 500 or Fortune 1000, you probably think of New York City and Wall Street.

However, while you may not be able to guess it at first glance, Omaha is actually home to a few of these companies as well. Four Fortune 500 company headquarters call the city home, as do the headquarters of another 4 Fortune 1000 companies. 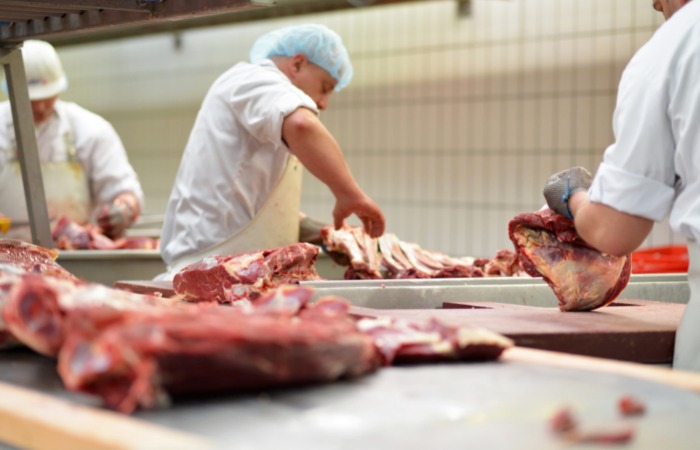 The 1883 formation of the Union Stockyards in South Omaha led to the growth of one of the most critical industries in the city – meatpacking.

By the early 1900s, Omaha was home to four of the five top meatpacking companies in the country, and by the 1950s, meatpacking and processing companies employed half the city’s workforce. Alongside railroads, the meatpacking industry was one of the primary reasons the city grew as quickly as it did in the 20th century.

Union Stockyards was one of the two major centers for the livestock and meatpacking industry in the country, alongside Chicago’s Union Stock Yards. By 1955, Omaha had outstripped Chicago and become the biggest center of the industry.

However, the 1960s saw the start of the decline of the Omaha meatpacking industry. The Union Stock Yards retook its title as the biggest in the country in 1971. In 1999, the historic Union Stockyards shut its doors.

Mister C’s Steak House was one of the better steakhouses in Omaha and provided a great dining experience in one of the poorer neighborhoods in the city. 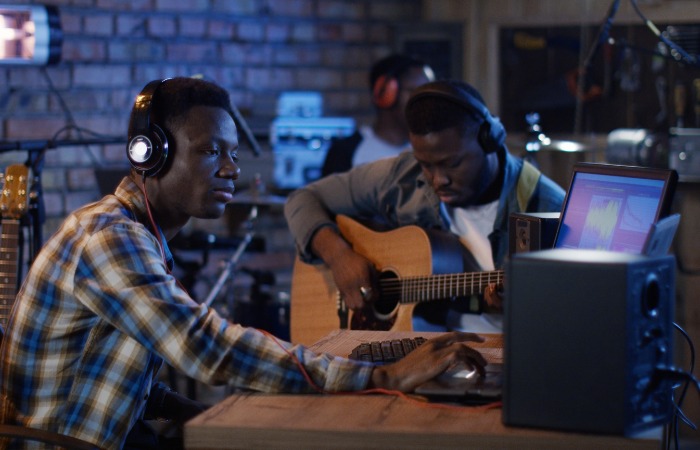 Omaha Has a Rich Music History

Omaha has been home to a well-regarded music scene since the 1920s and has a history of R&B and jazz music. In the 1920s, it was a hub of African American music and attracted some of the country’s top blues, swing, and jazz musicians.

It is also home to the distinctive indie rock “Omaha Sound” and is the birthplace of three record labels:

Some prominent names in music from Omaha include: 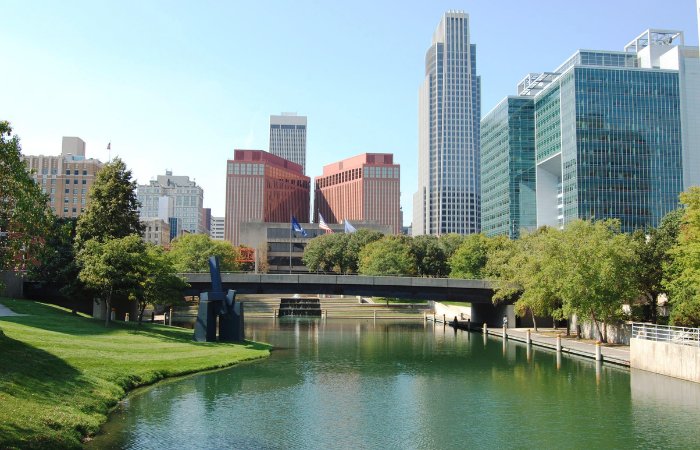 While it may not be as well known as New York, Chicago, or Houston, Omaha is undoubtedly one of the most fascinating places in the country. This article has only begun to scratch the surface of the many things that make it both a wonderful place to live and a stunning place to visit.

If you’re looking for a city off the beaten path that still offers a rich history and a ton of things to do, then the Gateway to the West is the right choice for you.

If you’re planning a trip to Omaha, be sure to check out this guide to the city here.