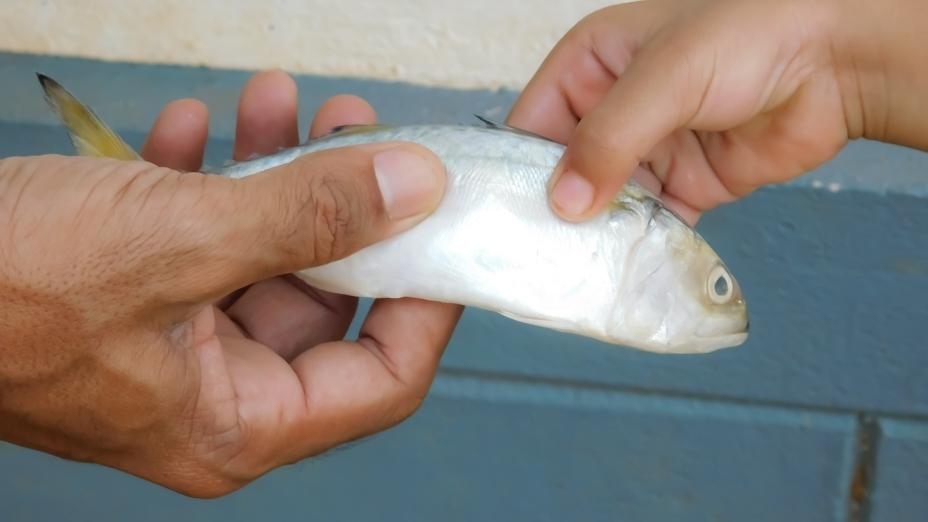 This article will go over the origins of the phrase along with Maimonides’ work and when and where the proverb has been used in American publications.

The Modern Origin of “Give a Man a Fish”

The obscure essays essentially suggested that if you simply hand a man a fish, he will eat it and be hungry again the next day. So, instead, if you teach that man how to fish, he can feed himself for the rest of his life.

Yet more often, Anne Isabella Ritchie gets credit for a paragraph in her novel, Mrs. Dymond, published in 1885.

But the commentary on individual poverty, social integrity, and well-being tie into many forms of literature.

Going farther back, the quote from M. Loane is a spiritual successor to Mrs. Dymond by Anne Isabella Ritchie.

This novel worded the concept as, “He certainly does not practice his precepts, but I suppose the Patron meant that if you give a man a fish, he is hungry again in an hour. If you teach him to catch a fish, you do him a good turn.”

It continued to say, “But these very elementary principles are apt to clash with the leisure of the cultivated classes.”

Both of these examples are variations of the modern expression but also stipulate a context.

The phrase sounds like it favors long-term skills over short-term products. But the historical versions add that the situation is not so simple. Having a fish or learning to fish does not tell you how to help others, or fishing could be leisure rather than survival. In other words, fishing by itself is self-serving.

Loane and Ritchie have the most relevant wording and contexts you would not expect of the modern expression.

Some other claims like it is an Indian proverb come from modern-day writers.

Still, the broader theme of the phrase addresses self-reliance and the social dynamics of poverty. And it goes to the Middle Ages.

One philosophical origin is the eight degrees of charity. Moses ben Maimon, or Maimonides, wrote about them in More Nebuchim and Mishna Torah. He lived in the 12th century and the region now known as southern Spain.

More Nebuchim and Mishna Torah by Maimonides described the eight degrees of charity, or Tzedakah, with the first as the most valuable and the eighth as the least.

The eight degrees of charity written about by Maimonides would later find their way into 19th-century philosophy and academics.

Nathan Whiting resurrected the eight degrees in his article “Ladder of Benevolence” in the journal The Religious Intelligencer in 1826.

He wrote, “The eighth and most meritorious of all is to anticipate charity by preventing poverty, namely, to assist the reduced brother, either by a considerable gift or loan of money, or by teaching him a trade, or by putting him in the way of business, so that he may earn an honest livelihood and not be forced to the dreadful alternative of holding up his hand for charity.”

Teaching a job trade is “the eighth and most meritorious of all” of the eight degrees of charity. If so, what were the other degrees Whiting compared to the eighth?

The “Ladder of Benevolence” by Nathan Whiting uses the eight degrees of charity in the opposite numbering system as Maimonides. The list goes from the least valuable to the most, and the modern wording comes from the article by Whiting.

In the 150 years after Nathan Whiting, many modern-day sources picked up similar expressions.

Other Uses That Popularized the Saying

Many American newspaper and magazine publications claimed the “get a man a fish” saying comes from proverbs of various Asian countries. But while they made these claims, there is no documentation to trace that substantiates the claims.

For instance, while some attribute the phrase to Lao-Tzu, no one points to his writings.

Below are a few instances in which the phrase was mentioned in American publications:

Meaning of the Expression

The expression refers to self-sustaining practices.

If you do something for someone, like giving a free fish to a hungry person, they will eat the fish and go hungry again. But if you teach someone how to provide for themselves, like how to fish and never give a free end product, they will learn to take care of themselves in the long run.

You are teaching the other to rely on themselves, not on you.

You can look at the quotes most directly and probably relevant, like The Common Growth by M. Loane in 1911 and Mrs. Dymond by Anne Isabella Ritchie in 1885. But it can also journey into the context of its sources and the philosophical history of charity like More Nebuchim and Mishna Torah by Maimonides or “Ladder of Benevolence” by Nathan Whiting.