The True Origin of the Phrase “What Happens in Vegas, Stays in Vegas” 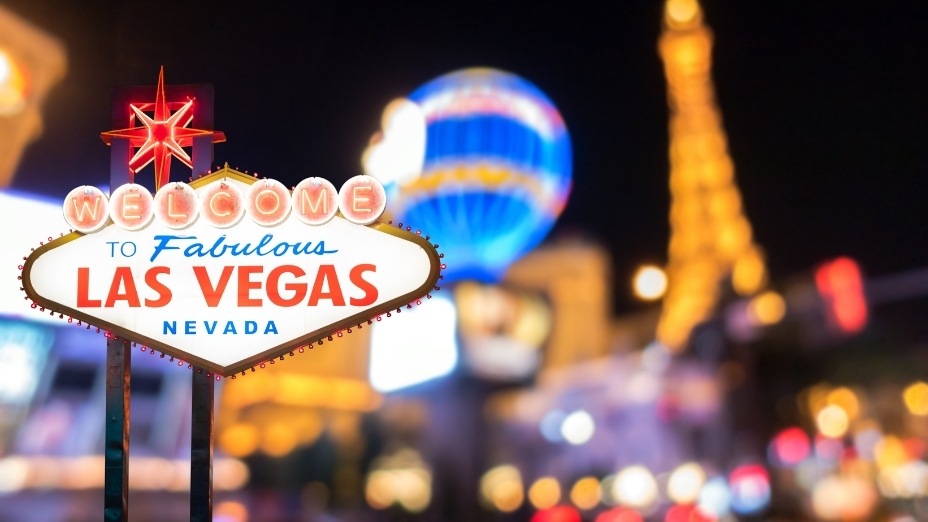 Where Did the Phrase “What Happens in Vegas, Stays in Vegas” Come From?

We’ve all probably heard the phrase “what happens in Vegas, stays in Vegas” at least once before. It was most likely in response to someone you know doing something they shouldn’t have – they had a secret to keep, and they were trying to persuade you that it should remain hidden.

The phrase “what happens in Vegas, stays in Vegas” came from an advertising slogan created by the Las Vegas Convention and Visitors Authority and R&R Partners in 2003. They hoped to rebrand Vegas as a place where visitors could let loose. The original phrase was “what happens here, stays here.”

Want to know more about what the phrase “what happens in Vegas, stays in Vegas” really means, who created it, and what effect the slogan has had on popular culture? Keep reading (but remember, what you read here, stays here!). 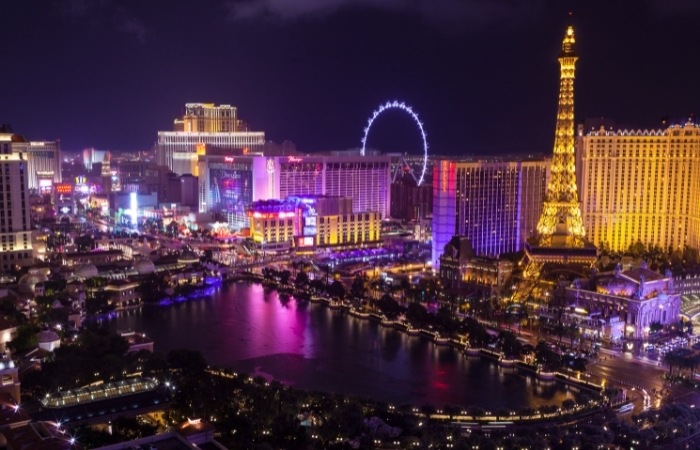 What Does the Phrase “What Happens in Vegas, Stays in Vegas” Mean?

According to The Free Dictionary, the phrase “what happens in Vegas, stays in Vegas” describes an oath of secrecy about scandalous activities that occur when you travel with a group of friends. However, you can also use the phrase to suggest that anything should remain a secret.

The phrase “what happens in Vegas, stays in Vegas” has connotations of letting loose and having fun without having to worry about the consequences. You come to Las Vegas, you have a good time, you leave, and you never have to worry about it again.

This is essentially the idea of Las Vegas that the Las Vegas Tourism Department was trying to create. They wanted to rebrand the image of Las Vegas from being one of a seedy gambling locale to a stylish, vibrant party place, where people could let go of their inhibitions without worrying about it coming back to bite them on Monday (but more on this in a moment).

The Origins of “What Happens in Vegas, Stays in Vegas”

It feels as if people have been saying, “what happens in Vegas, stays in Vegas” for decades, hasn’t it? However, the phrase is not actually very old at all – it has only been around since 2003.

“What happens in Vegas, stays in Vegas” is actually an advertising slogan, the brainchild of the Las Vegas Convention and Visitors Authority and R&R Partners, an advertising company.

As previously mentioned, by 2003, locals felt that Las Vegas needed a bit of an image overhaul. At the time, the city was mainly seen as a place to go if you wanted to lose all of your money on a blackjack game. Altogether, it wasn’t the most enticing point of view, and the tourists just weren’t flocking to the city like they used to. 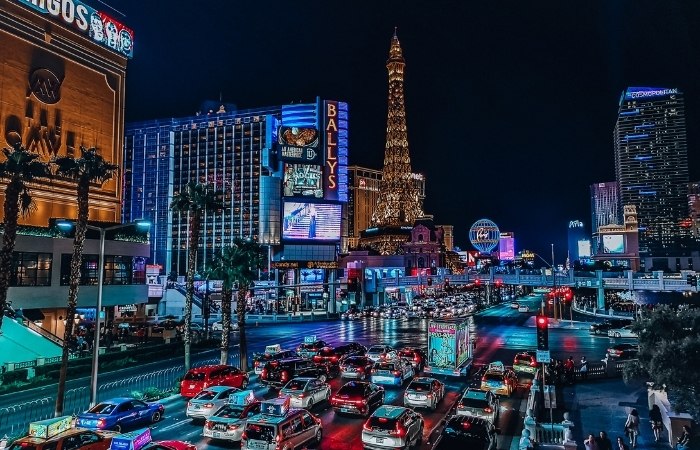 After conducting twelve months of research on Las Vegas’ clientele, they came to some clear conclusions that helped them formulate Sin City’s now-iconic advertising slogan.

They deduced that the most important thing that Las Vegas could offer its customers was a sense of freedom: “freedom to do things, see things, eat things, wear things, feel things. In short, the freedom to be someone [they] couldn’t be at home. And freedom from whatever [they] wanted to leave behind in [their] daily lives.”

In fact, it was this idea of Las Vegas being an escape from the real world that partially came from two housewives, part of the group of “average Las Vegas tourists” that R&R Partners interviewed when researching the advertising campaign.

The Inspiration Behind the Slogan

According to Billy Vassiliadis, R&R Partners CEO, these two housewives would go to Las Vegas every year without telling their families. They told R&R Partners that “whatever they did when they were on their trip didn’t have to follow them back home, and they said that one part of their personality always stayed in Vegas.”

R&R Partners were inspired by this idea and developed it into the concept of Las Vegas as a city that would provide people with the freedom they couldn’t get anywhere else. They appealed to the consumer’s desire for a place where they didn’t have to worry about anything other than having fun and doing what they wanted.

And, probably most importantly, they appealed to the consumer’s desire to be able to have all this fun in a specific place and then be free to leave and return to their everyday lives – “what happens here, stays here” after all. 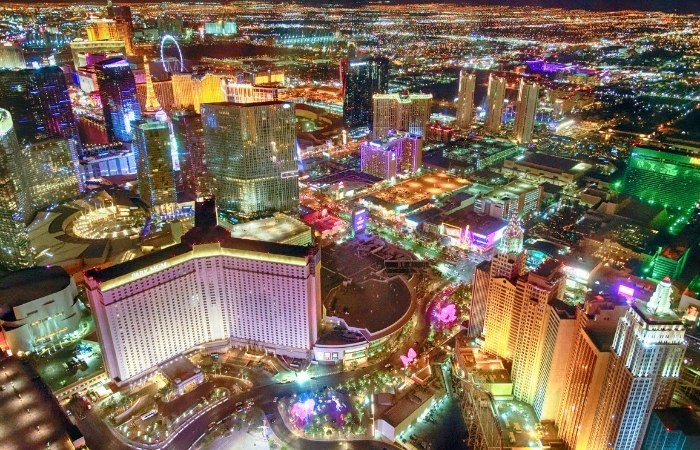 What Was the Response to the Advertisements?

The “what happens here, stays here” advertisements are iconic in pop culture now, but the response wasn’t universally positive at the time of their release.

First, the advertisements didn’t debut until 2003, despite being initially conceived in 2000. Because of the September 11 terrorist attacks, many felt it wasn’t appropriate to advertise fun holidays when the United States was still recovering from such a tragic loss.

Then, when the advertisements were set to be launched in 2003, they were banned from being shown during the Super Bowl – the most important advertising spots of the year in America. This was because the NFL didn’t want a reputation for promoting gambling, which was primarily what Las Vegas was known for at the time.

However, this controversy reaped reward as the “What happens here, stays here” advertisements were picked up by the media and soon became a national phenomenon. Not only did they instantly become a touchstone of pop culture, but they also succeeded in their goal of helping to revitalize Las Vegas for a new generation.

Nearly twenty years on, the advertisements are still as popular as ever. While the Las Vegas tourism department might have changed the phrase used in advertisements to “what happens here, only happens here,” that change won’t stop people from using the original phrase as part of their everyday language.

The Effect of the Phrase on Popular Culture

The effect of the phrase “what happens in Vegas, stays in Vegas” on pop culture has been tremendous – so much so that the expression itself has changed over time in the popular conscience from “what happens here, stays here” to its Vegas variety.

There have been countless references to the phrase in film, television, and even music. Of course, the most well-known example of the phrase used in media is the 2008 comedy What Happens in Vegas (a film that certainly should have stayed in Vegas and not been inflicted upon the rest of the world).

The Hangover series has also based its central premise around the “what happens here, stays here” mantra, as does the Katy Perry song “Waking Up in Vegas.”

Then there are the other prominent mentions of the phrase, such as it being parodied on shows such as Saturday Night Live, being mentioned at the Oscars, and even Laura Bush using it as a retort in an interview with Jay Leno in 2005.

A phrase that started as a way to draw more patrons to Las Vegas and revitalize the image of a city that had come to be seen as seedy has since become something to tell someone when you want to keep a secret of any kind.

“What happens in Vegas, stays in Vegas” is an evolution of the original “what happens here, stays here” slogan. However, it has become such a popular phrase in its own right that most people probably do not know that there was ever any other version.