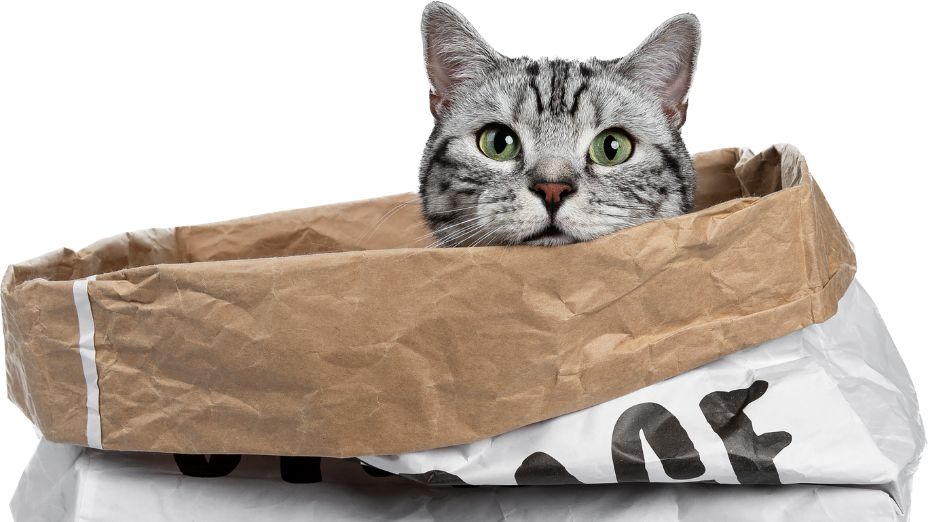 We use many phrases daily without considering how strange they actually are and incorporate idioms, expressions, and colloquialisms into our vocabularies without any notion of their origins. For example, somewhere along the way, we started saying we “let the cat out of the bag,” with little consideration for the absence of both a cat and a bag.

“Let the cat out of the bag” first appeared in London Magazine in 1760, but it appears even earlier in a letter from 1530. Unfortunately, other than these written accounts, the precise origin of the saying is unknown.

While we cannot say the definitive inception of “who let the cat out of the bag,” we do know what the phrase means.  It’s a common phrase meaning you’ve revealed a secret with mysterious origins. This remainder of this article will discuss its first appearance in print and the most popularly accepted origin stories while looking at phrases with similar meanings and usages.

The Meaning of “Who Let the Cat Out of the Bag”

If you frequently let the cat out of the bag, it may be a sign that people shouldn’t trust you or tell you things unless they don’t mind those things being repeated to others.

Where “Who Let the Cat Out of the Bag” Originated

There are two suggested origins, neither definitive, of the phrase’s inception. Neither is verifiable; the root of the phrase could be either or neither option. However, it is widely accepted that “who let the cat out of the bag?” originated from one of these two sources.

A Reference to a Cat o’ Nine Tails

The cat’ o nine tails was a whip used by the Royal Navy to punish sailors at sea. The leather lash relied on nine knotted cords to dole out punishment on delinquent sailors’ backs. The ropes resembled cats’ tails, thus the name.

Because the whip was made of leather and there was, inevitably, a significant quantity of water in the ocean air, the sailors kept it in a case or a bag. Thus, delivering punishment required “letting the cat out of the bag.”

The explanation of the cat o’ nine tails leans into the notion that “who let the cat out of the bag” has a punitive measure. For this origin to make any sense, we need to accept that whoever reveals the secret will be punished for their indiscretion.

There’s some controversy around this explanation. Snopes claims that “let the cat out of the bag” predates the use of the phrase “cat o’ nine tails.” This claim is, however, empirically inaccurate. “Cat o’ nine tails” appears in Love for Love, a play written by William Congreve in 1695.

Knowing that “let the cat out of the bag” was first printed in 1760, the cat o’ nine tails could be the inspiration for the phrase.

However, taking a cat o’ nine tails out of a sack to brutalize a sailor isn’t terribly reflective of the accepted usage of the saying.

Cat o nine tails is also referenced in the origin of the phrase “Cat got your tongue” here.

A Reference to Substituting a Cat for a Pig

The other widely circulated origin story for “letting the cat out of the bag” comes from a story that merchants selling livestock at markets would switch a cat for a piglet. The piglets were bagged, and in between the customer selecting their livestock and the merchant handing it over, the crafty salesman would replace the porker with a cat.

This switcheroo benefitted the seller in two ways: one, they kept their pig to sell to another unsuspecting victim, and two, they got rid of a cat.

When the buyer returned home and opened their purchase, they literally let the cat out of the bag, revealing the secret that they had bought something feline instead of porcine.

While this origin cleaves closer to the implications of the phrase, there are some significant problems with the explanation.

A piglet sized for selling was markedly heavier than a cat. Additionally, markets sold the piglets live. Any living creature placed in a sack is likely to cry out at its unfortunate circumstances. Pigs oink and cats meow, two distinctly different noises that anyone would recognize.

This falls into the category of folklore, and there is no documentation showing that the fraud ever occurred. The absence of verification makes it impossible to say with any certainty that “let the cat out of the bag” springs from the practice of switching a cat and a pig.

When “Who Let the Cat Out of the Bag” Originated

The first documented use of “Who Let the Cat out of the Bag” was in 1760. The London Magazine printed the phrase, “We could have wished the author …had not let the cat out of the bag” in a book review. The expression showed up frequently between 1760 and 1770 but always in quotation marks. The punctuation suggests a general lack of familiarity with the phrase and indicates that the public at large was unfamiliar with the saying.

The phrase predates the 1760 printing, however. Johannes Agricula wrote, “let the cat out of the bag,” in a May 4, 1530 letter sent to Martin Luther. However, this would not have introduced the phrase to the popular vernacular.

Why “Who Let the Cat Out of the Bag” Originated

The phrase’s origins are unverifiable, so it isn’t easy to definitively ascertain why people started using the saying. The most likely explanation rests in cats themselves.

“Let the cat out of the bag” appeared first in a London magazine, so the phrase is most likely of British birth. Many English proverbs heavily feature cats because they were such omnipresent features of society. Many British homes had cats as mousers; writers use material they are familiar with.

Simply put, once a cat is out of a bag, it is borderline impossible to return them to the sack, and a secret, once told, cannot be unspoken.

Similar Phrases to “Who Let the Cat Out of the Bag”

Much like the Inuits have 52 words for snow, we have many idioms to indicate revealing a secret. “Let the cat out of the bag” is one of many ways to say someone has let privileged information slide. Several other phrases serve the same purpose, including:

Like spilling the beans or letting the cat out of the bag, whistleblow refers to revealing the truth. However, a whistleblower works very intentionally; there is no element of accident. The phrase originated as a specific reference to how police used to communicate with each other. Officers at crime scenes would blow whistles to alert each other to the infractions. The phrase has been  in consistent rotation since at least the Elizabethan era.

Blow the Lid Off

Blowing the lid off something means revealing an often incendiary truth. The phrase suggests a dramatic and usually intentional unveiling. The expression is often associated explicitly with scandal and politics. If you “blow the lid” off something, it’s bound to create chaos and havoc.

Keep It Under Wraps

People have let the cat out of the bag for centuries. There’s no way to know precisely how far back the phrase goes; Johannes Agricula used it as early as 1530. However, the expression and its representation in print suggest that the phrase entered shared vocabulary between 1760 and 1770.

The origins are shrouded in mystery; people credit it to either the use of a cat o’ nine tails or to the practice of switching out a pig for a cat. While neither explanation seems particularly plausible, “let the cat out of the bag” is an essential piece of vocabulary.