10 Cool Things Pittsburgh is Known For and Famous For 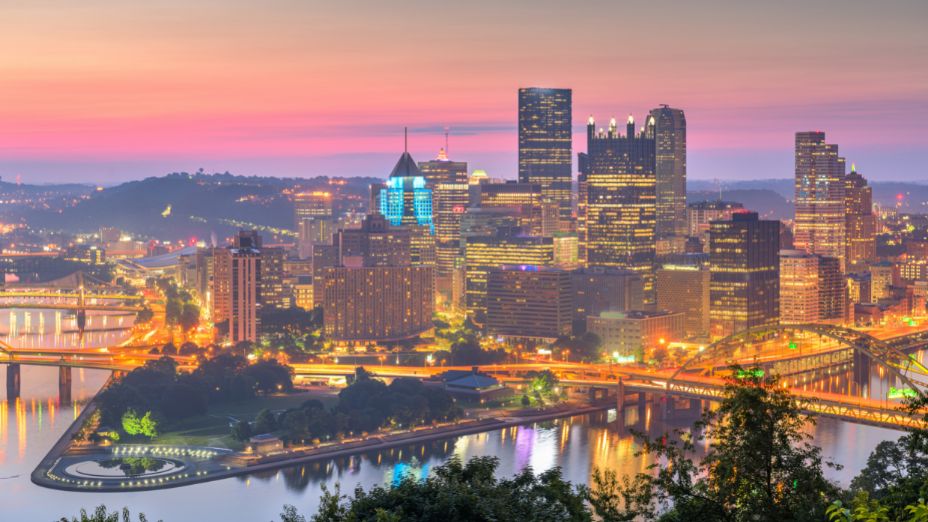 What Is Pittsburgh, Pennsylvania Known For?

Pittsburgh, Pennsylvania, is known as the ‘Steel City’ with more than 300 steel-related businesses operating out of the area. It is also popularly known as the ‘City of Bridges’ owing to the fact that Pittsburgh has more bridges than any other city in the world.

These titles make an apparent distinction between Pittsburgh and every other city in the world. However, Pittsburgh has become a famous city in its own right for many reasons. In this article, I will explore what Pittsburgh is most popularly known for and why it should be a destination on your bucket list. 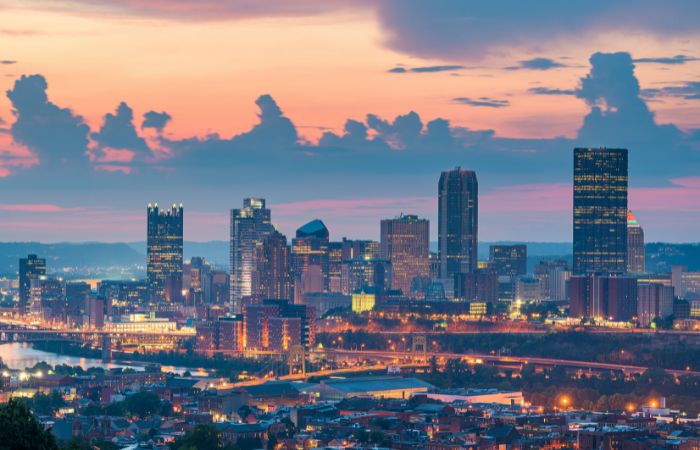 Pittsburgh was a part of the American ‘Rust Belt’ – those cities in North America that experienced an industrial decline in the ’80s. But the town wasn’t in this state before the ’80s, and it’s come a long way since then.

After the city was reinvented, the industrial sector boomed, and now Pittsburgh is a buzzing hub for both businesses and tourists paying a visit.

Here are a few things that make the city famous.

Let’s take a closer look at these notable attributes and attractions. 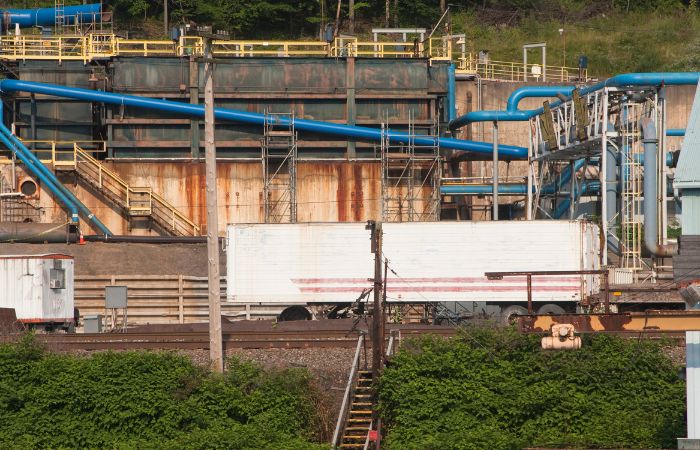 Thanks to its unique geography and the geology of its terrain, Pittsburgh became a major producer of steel, which led to the growth of industry and steel-related business in the region.

The most effective fuel for smelting iron and extracting steel is called ‘coke.’ This fuel can only be obtained using coal, through a process known as thermal distilling.

Pittsburgh is a land rich in sulfur-free and slate-free coal – the best quality coal that the Earth has to offer. The presence of coal led to the creation of large amounts of high-quality coke, used as fuel in the blast furnaces where steel is manufactured.

Thanks to the abundance of coal, manufacturing large quantities of steel became effortless, making Pittsburgh the city with the highest steel production in the U.S.

In 1911, Pittsburgh was producing more than half the nation’s requirement of steel, and today over 300 steel-related businesses reside in Pittsburgh. 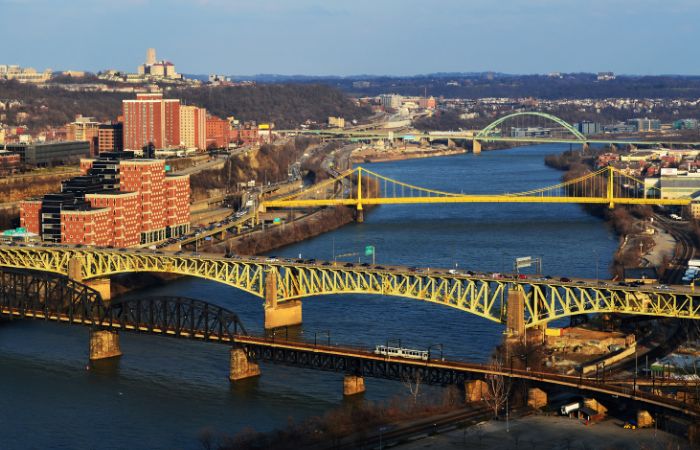 Thanks to the abundance of steel, the construction of infrastructure has never been an issue in Pittsburgh. The city is chock-full of railroads, highways, and other industrial structures.

However, the most notable steel constructions in Pittsburgh are the numerous bridges that dot the city. Pittsburgh is home to a whopping 446 bridges, making it the city with the most number of bridges in the world (even more than Venice, Italy).

The famous bridges in Pittsburgh include: 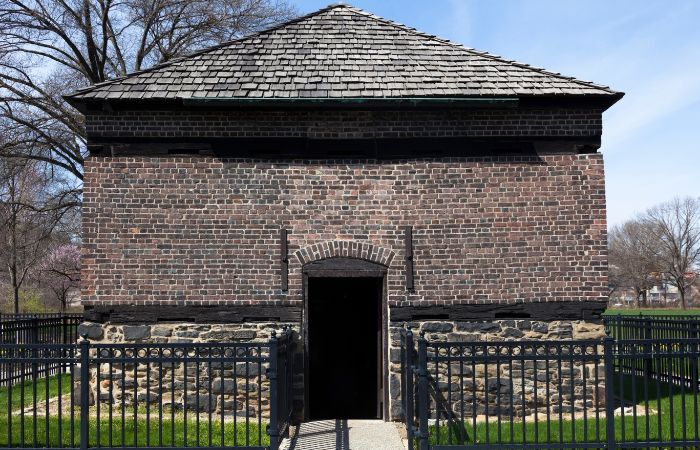 Fort Pitt is a reminder of the struggle between the Native Americans, French colonists, and British colonists.

A part of the fort (which lies intact) played a pivotal role in the French and Indian War, during which time the entire city of Pittsburgh itself was to be the battlefield. 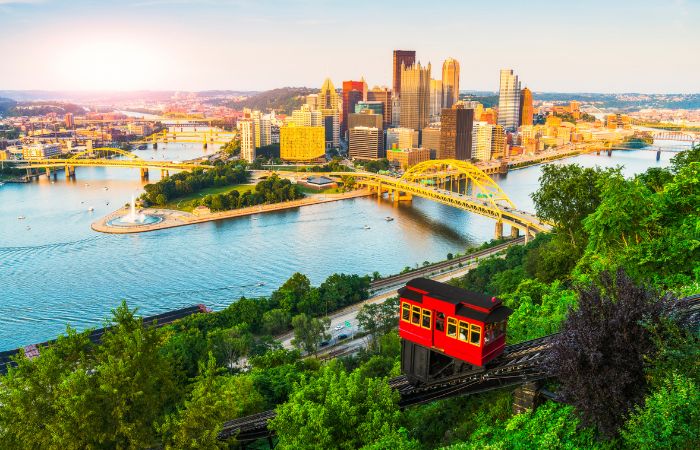 As if the ‘Steel City’ and ‘City of Bridges’ wasn’t enough, Pittsburgh had to go and add another title to its list – the City of Stairs.

Second, only to Venice, Italy, Pittsburgh has set the record for most staircases constructed in a single city.

Pittsburgh boasts over 700 sets of steps used to traverse the hilly, bumpy terrain of the city.

In order to maintain these steps, the citizens organize an annual ‘StepTrek’ where volunteers from all over the country come together to explore the city through its multiple stairways.

Most volunteers set out on this monumental trek for a variety of reasons. The long and winding journey includes access to unobstructed viewpoints of Pittsburgh’s natural landscape,an exploration of pathways shrouded in bushes and thick green foliage, and the chance to test their fitness.

Whatever your reasons for joining the StepTrek, be warned – the trail length covers a distance equivalent to climbing Mt. Washington (over 1900 meters)! 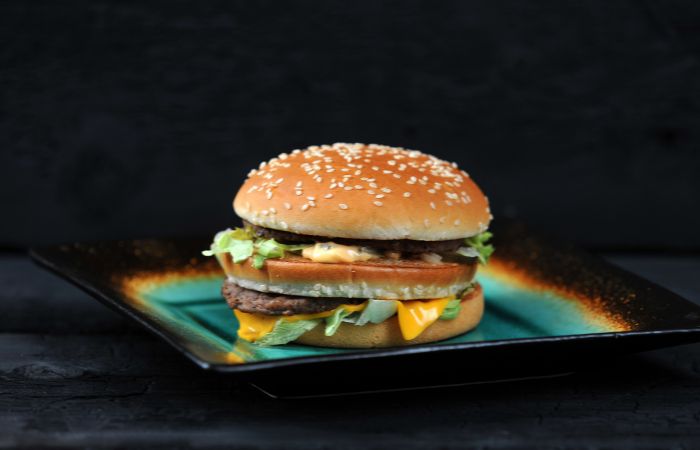 5. Invention of the Big Mac

Today, McDonald’s is famous for its Big Mac, but are you aware that the idea behind this burger was first conceptualized in Pittsburgh?

Michael James Delligatti, better known as Jim, was a Pittsburgher with a flair for creativity. He lived for years in California working at a burger joint, where he learned the basics of making burgers.

Jim wanted to make a burger that provided excellent quality at an affordable price. And while toying with various combinations in his spare time, he struck upon the ultimate American burger – the Big Mac.

He set up shop to sell his invention and soon became a franchisee owner of the world-famous McDonald’s.

Today, you can visit the Big Mac Museum in Pittsburgh and get a rundown of the history of the Big Mac, including details of its invention and the creation of its famous jingle. 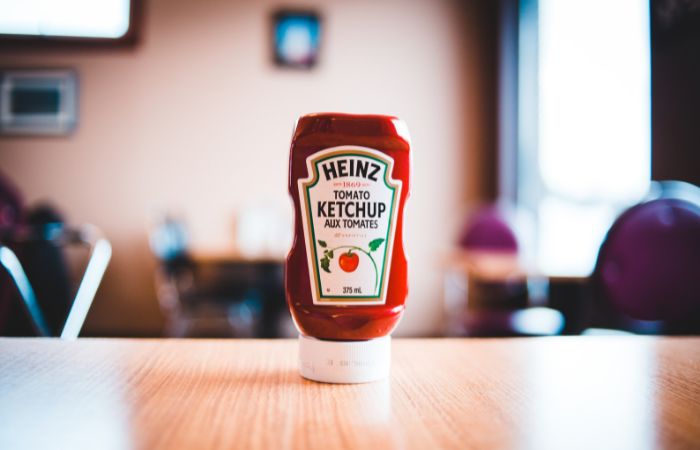 The famous Heinz ketchup originated in Pittsburgh, Pennsylvania, and is a staple in all American fast-food chains.

In 1869, Henry Heinz, the son of a German immigrant, adopted a Chinese recipe called ‘Catsup’ which was popularly used as a fish sauce. The formula used tomatoes, special seasoning, and starch – all the requirements to making modern-day ketchup.

In effect, Heinz became the predecessor of all ketchup manufactured today, and they have been in business for over 150 years.

For more information on food in Pittsburgh and where to get all the best eats check out this guide! 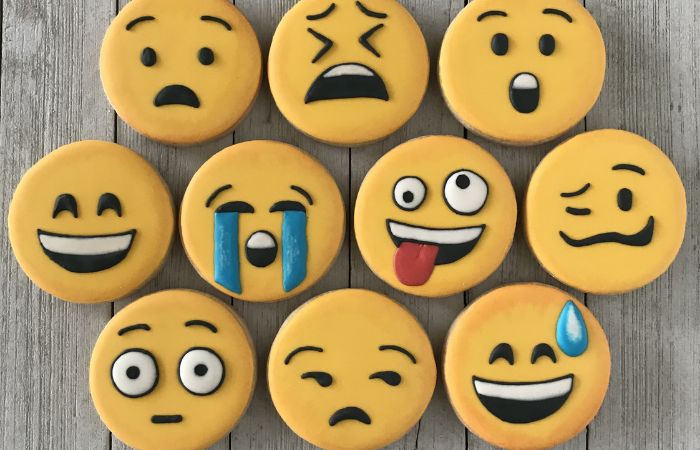 Emojis have become such a regular aspect of digital communication that we rarely stop to think about them. But the first emoticon used to communicate the tone of a message originated in Pittsburgh.

The first digital emoticon was founded in 1982 by Scott Fahlman, a computer scientist at Carnegie Mellon University, located in Pittsburgh.

He suggested that a smiley face – 🙂 – could be used to imply a more humorous tone in the message, letting the recipient know the feeling behind a particular text. The sad face – 🙁 – would be used to convey seriousness or sadness in one’s posts.

Little did Scott know that his tiny discovery would revolutionize digital communication, turning into the plethora of emojis used so ubiquitously today. 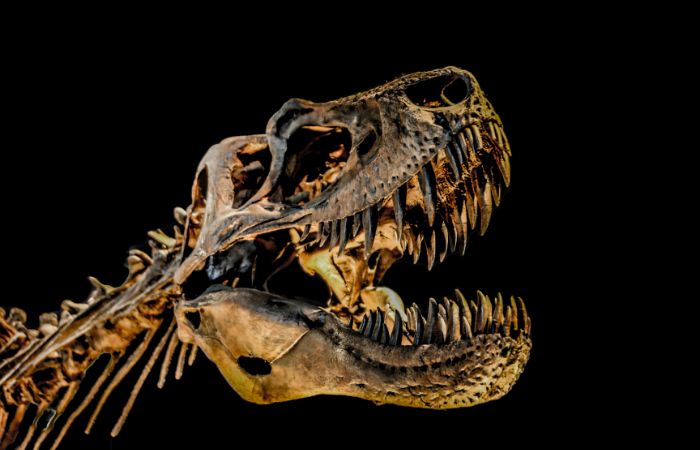 The first-ever T-Rex skeleton was discovered back in 1902, and you’ll have the chance to take a good long look at it if you’re ever in Pittsburgh, Pennsylvania.

This gigantic skeleton with a 5-foot long skull and serrated teeth was initially housed in the American Museum of Natural History for a few decades. In 1941, the Carnegie Museum of Art bought the skeleton, where it has been stored and maintained ever since. 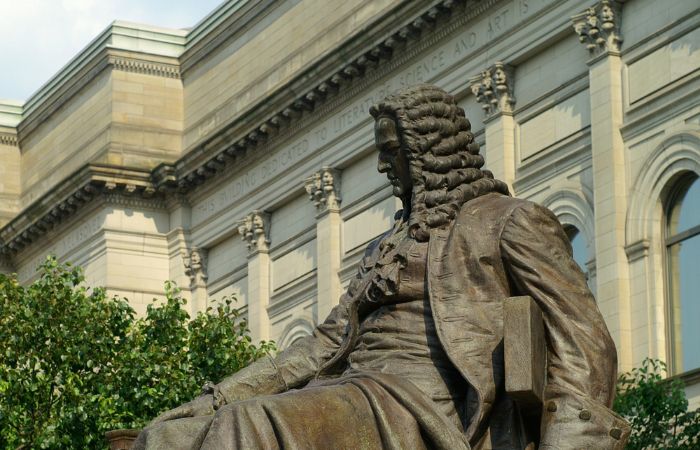 The Carnegie Art Museum, mentioned in the previous point, also happens to be the world’s first museum dedicated to modern art.

The creator Andrew Carnegie possessed a vision of creating a space where American art could be documented, and a record of its progress and development could be maintained. 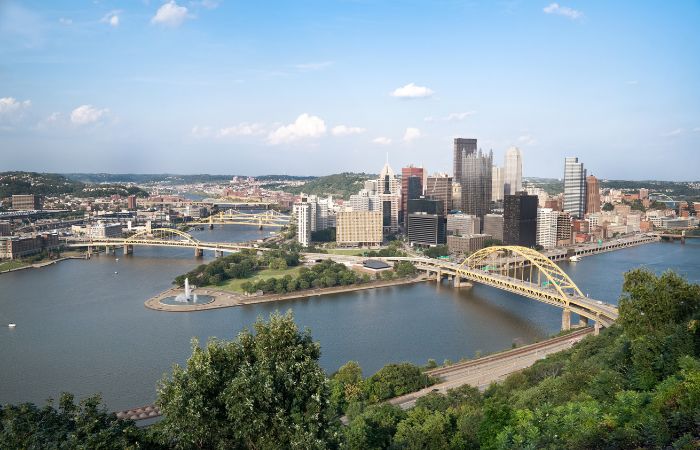 Tucked away on the northern shores of Pittsburgh, a short distance from the North Shore bike trail, you will come across a peculiar sort of museum – Bicycle Heaven.

This bicycle museum is the largest in the world, where you’re sure to find an incredibly diverse collection of bicycles and bicycle parts.

The museum also doubles as a repair shop, where avid biking enthusiasts can buy new bikes and avail of repairs while getting a glimpse of cycles across history, from vintage editions to the latest ones today.

Here you’ll find famous bicycles, like the Schwinn used in Pee-Wee Herman’s ‘The Big Adventure.’ You’ll also find the most extensive collection of the renowned fiberglass Bowden Spacelander, a bicycle that stores energy when ridden downhill, using it to propel the bike when riding uphill.

Entry to Bicycle Heaven is free as the museum doubles as a retail and repair shop. The museum also acts as a prop consultant providing bicycles for TV shows, movies, and theatrical performances. 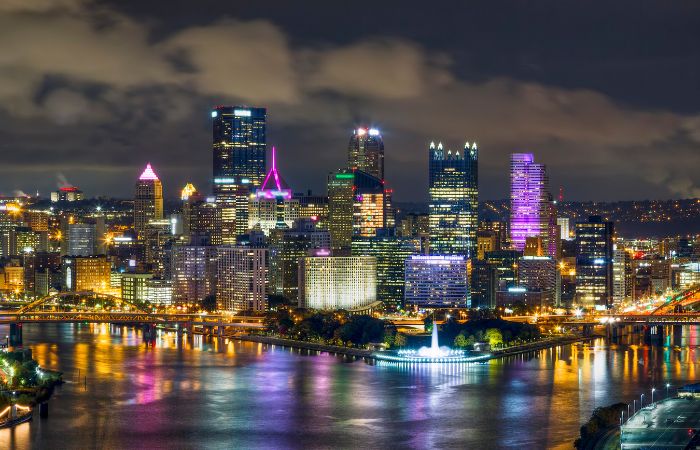 Now that you have a list of places to check out when you’re in the city, here’s some additional information that can help you plan a trip to Pittsburgh.

The best times to visit Pittsburgh would be in summer (July to August) or in the fall (September to November). Pittsburgh experiences some form of precipitation (usually rainfall) for at least 140 days a year. Thanks to the constant rain, there’s a small window of time in which to explore the city.

2. How Do You Get Around in Pittsburgh?

You can get around Pittsburgh with traditional transportation options like buses, trains, and taxis. Pittsburgh also has a well-connected light rail and Zipcar to get you where you need to be.

During its reinvention, Pittsburgh developed an integrated transportation system granting easy access to those wishing to navigate the city. 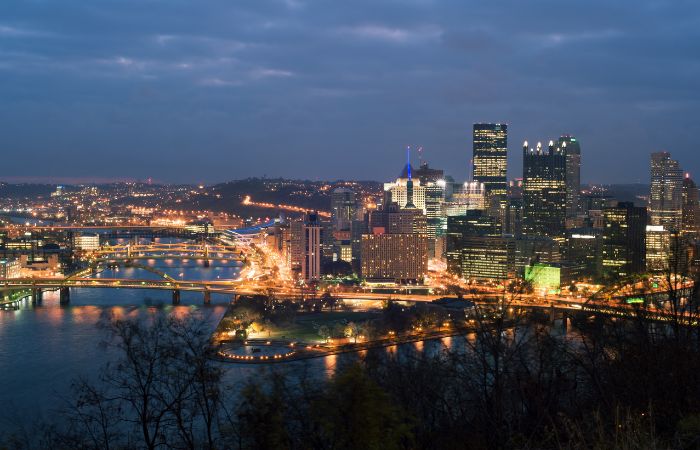 3. Is It Safe To Travel Through Pittsburgh?

It is safe to travel through Pittsburgh, and it is rated as one of the safest cities of comparable size in the U.S. The crime rate in Pittsburgh is usually lower than the national crime rate.

Roadmaps and city maps are available at local rest stops and tourist information centers as well, which make your journey easier, even if you’re only passing through. You can always ask your hotel or lodging host for more information if you’re unsure how to get somewhere or need assistance in booking an excursion.

4. How Affordable Is a Trip to Pittsburgh?

The cost of living in Pittsburgh is much higher than in most other U.S. cities.

A trip to Pittsburgh is relatively affordable if you cut back on daily food, transportation, and lodging costs. You may need to set aside anywhere between $130 and $160 for each day of your vacation, but travelers on a tighter budget can reduce spending to $45 on food and $18 on transport per day.

Of course, if you’re on a tight budget, you can significantly reduce your lodging costs even further by Couchsurfing or volunteering on Workaway. The cost of your vacation will also be influenced by how many people are traveling in your group and what activities you’re interested in participating in. 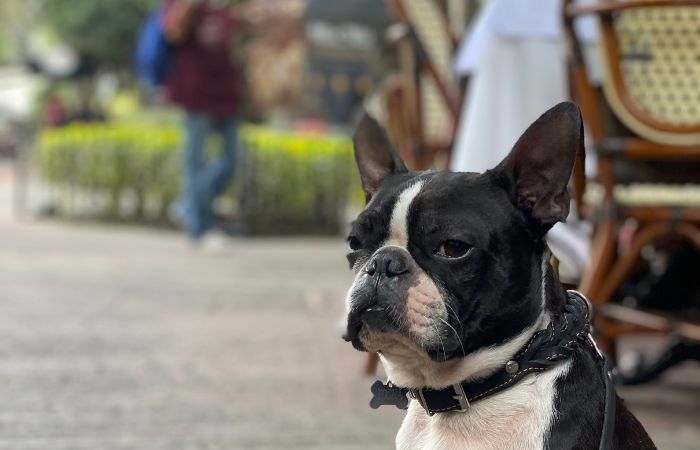 Pittsburgh is pet-friendly and a very welcoming place for your canine friends. The city is home to several pet-friendly hotels, restaurants, and even ice cream parlors!

Some pubs, like Allegheny City Brewing even allow customers to bring their dogs along for quality time while sipping on one of their cold craft brews.

The successful reinvention of Pittsburgh has elevated it to a world-class destination and a center for art, technology, sports, and great food. The city has also preserved a significant portion of its natural cover, with some of the lushest foliage you’ll find in Pennsylvania.

The greenery, combined with staircases that offer unobstructed views of the city, makes Pittsburgh a hotspot for nature lovers.

So aside from the obvious reasons to visit the city, like the museums and its many bridges, Pittsburgh makes for a great travel destination for those looking to explore a rustic vibe with a more modern twist.

If you’re planning a trip to Pittsburgh check out this guide of 100 Things to do in Pittsburgh before you die!