Top 18 Things Rhode Island is Known For & Famous For 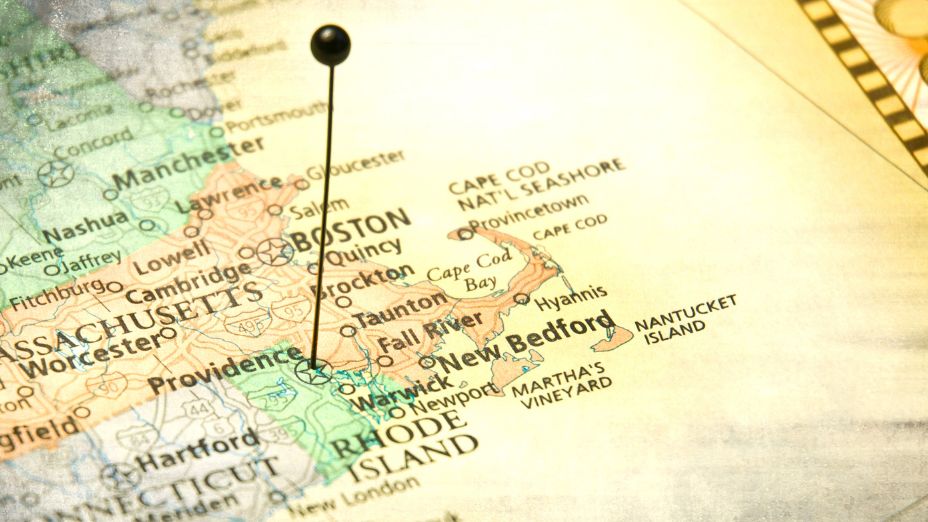 What Is Rhode Island Known for & Famous For?

Rhode Island is such a small state, and you would think you know all there is to know about the so-called ocean state. Not so fast, though, because Rhode Island may be the smallest state in the US, but it sure is known for many things.

Rhode Island is known and famous for its breathtaking shoreline, abundant state parks, and delicious cuisine. With 400 miles of coastline, the state offers a plethora of beautiful beaches and watersports galore. Rhode Island is also a place steeped in history and culture for visitors to explore.

Thanks to a Baptist minister named Roger Williams, the state of Rhode Island is here today. He not only founded the state but also advocated for religious minorities and the separation of church and state. Aside from his religious advocacies, Williams also expressed his disapproval of colonizers taking land from the natives.

While advocacies earned him the anger of both religious and political leaders at the time, he became a symbol of religious freedom and the rights of colonized people. And Narragansett Bay, where Williams settled, became a haven for religious minorities, including the Jews.

However, it was not until the years towards his death that the world truly appreciated his legacy and the impact of his advocacies. Today, he is not only known for founding Rhode Island but also for being a “harbinger of Jeffersonian Democracy.”

Locals and tourists know Rhode Island as the ocean state due to its impressive stretch of coastline of over 400 miles (643 km). Once hailed as the Southern Gateway of New England, Rhode Island was the southernmost point for seagoing ships.

The multitude of beaches and the spectacular Narragansett Bay stretch along the Atlantic ocean and give any resident only a half-hour travel distance to the sea. With a multitude of ocean sports and recreation and renowned for its seafood cuisine, Rhode Island certainly lives up to its name!

True to its nickname “Ocean State,” Rhode Island is home to almost 400 miles of beautiful coastline. If you are a beach lover, this coastline state surely has room enough for you. Rhode Island also offers breathtaking views and the calm, idyllic allure of its beautiful beaches.

If you’re coming over in the summer, you better get your sunscreen ready because you have plenty of beaches to soak up the sun! Here are just a few:

Good thing that some beaches in the state offer sunscreen to their guests. So even if you run out, you’ll have no reason to stop your summer frolic.

Part and parcel of being an ocean state is having lots of seaside towns. And the bonus? They’re not your ordinary small towns. They’re absolutely picturesque, some even having a long-gone-time feel that you’d likely enjoy if you’re coming over to escape the city’s noise.

If you want to know what I’m talking about, here are some seaside towns to put on your list:

Did you know that Rhode Island was called the Jewelry Capital of the World back in the 40s and 50s? It all began when Seril Dodge opened a jewelry shop in the small town of Providence. He later passed on the booming jewelry business to his nephew Nehemiah Dodge. And as they say, the rest is history.

By the 1850s, there were 57 jewelry manufacturers, all concentrated in Providence’s little patch of land. New advances in technology made jewelry easier to make and cheaper to produce, thereby creating skyrocketing demand.

A few decades later, Providence became home to 200 manufacturing firms. And by the 1940s, it was producing 80 percent of America’s jewelry.

Craving donuts and coffee? You shouldn’t miss Providence, then!

The capital of Rhode Island and the largest city in Rhode Island, Providence has the most donut shops in America. In fact, it has been reported to have 25 donut shops for every 100,000 people. You think I’m kidding? Go around the city, and the smell of donuts will be everywhere.

And speaking of donuts and coffee, when you sit down to have your donut-and-coffee fix, you might want to bring a book with you. Say something by H. P. Lovecraft, the famous horror novel writer who also has a house in Providence. Care to pay him a visit?

And if you happen to have the time to go check out his house, you may remember another horror slash mystery writer, Stephen King–who was inspired by Providence’s Biltmore Hotel and went on to write “Overlook Hotel.”

One of the things that are hard to miss in Rhode Island is Brown University. This academic institution has a long history of excellence, clear today by its considered among the top universities in the US, in league with big names like Harvard and Princeton.

Perhaps the thing that will resonate the most with a lot of people about Brown University is how it opened its doors to people of all religions. In a society plagued by discrimination of all kinds, it’s was a refreshing and eye-opening decision.

Another thing that’s uniquely Brown is its curriculum. Unlike other Ivy League schools with undergraduate or graduate prerequisites or a set curriculum per program of study, Brown allows students to create their own curriculum.

Also, if you want a degree in engineering, you may want to consider going to Brown. It boasts of having the oldest engineering program among all Ivy League schools, making it a tried and tested institution for engineering study.

The historic Beavertail Lighthouse has, over the course of decades, become an icon in Rhode Island, even though it no longer is or looks like the original Beavertail lighthouse that was built in 1749. In 1753, unfortunately, it burned down.

Some locals claimed that while waiting for a new lighthouse to be built, the first keeper of the lighthouse served as a warning light for the sailors himself, waving a signal light day after day. The second lighthouse was finally finished the following year.

Spanning 464 acres, the Colt State Park is not called the gem of park systems for nothing. From its perfectly manicured landscape to its beautifully growing trees to the stunning view of Narragansett Bay, it’s pretty clear why this state park is so well-loved.

But did you know that it’s called the Colt State Park because it was named after Samuel P. Colt? Nope, not the maker of firearms (who goes by the same name, actually), but his nephew, as he once owned the park.

It’s a pretty, scenic place to walk, hike, or even bike with friends. You can also set up a picnic or go camping if you want to. Plus, you have easy access to the beach. It’s the perfect outdoor outing venue.

Love music and enjoy being around people? Then you would love Fort Adams State Park in summer. It usually hosts music festivals at that time of year, and people from all over the world gather together to just listen to music, party a little, and enjoy the view. Because why wouldn’t you, in a place as beautiful as this?

But aside from the music festivals, Fort Adams State Park is also open for day tours and camping.

In 1881, American tournament tennis was born in Newport, Rhode Island. The International Hall of Fame was also built to mark that milestone for posterity. Its grass courts are now the oldest that is still being used and are open to the public.

Today, the hall continues to host the Tennis Hall of Fame induction ceremony as well as other private and public events, from weddings to dinner parties.

If you are a keen tennis player, make sure to hit the courts when you’re in town.

At the very heart of Narragansett is Prudence Island, a picturesque, quiet, and idyllic vacation destination. Even though it’s known to be one of the most beautiful places to retreat, it has surprisingly maintained its calm and relaxing atmosphere–perhaps because very few people live on the island.

Prudence Island is also known for its one and only lighthouse called the Sandy Point Lighthouse, built in 1823. The lighthouse is a historic landmark and is one of the very few that still has the birdcage lantern style of lighting.

If you want a beach retreat, this would be a good option. Only, mind your feet when you go in the water, as the beaches are quite rocky.

For those who want a treat for their eyes, the award-winning WaterFire Sculpture by Barnaby Evans will not disappoint. In fact, not only is it popular among Rhode Island residents but it is also lauded by artists all over the world.

Evans created the unique work of art in 1994 in celebration of the First Night in Providence. WaterFire is a total of eighty bonfires that line the three connecting rivers in Providence, but it’s not just that.

It combines the lights from the bonfires and the shadows they cast, the aroma of burning wood, and the music playing in the background that joins together to form an artwork that engages all the senses.

You would know this is not your typical tourist spot from the name itself. The Nine Men’s Misery monument was built in 1928 by monks to mark the place where a group of nine men, Rhode Island soldiers, were found dead.

The soldiers were discovered to have been captured by Native Americans during a battle against the colonists. The captives were able to escape, only to be captured once again, and this time there was no hope for escape.

The soldiers were brutally tortured by the Indian natives, killed on March 26, 1676, and dumped in the very same location where the monument was erected.

Over the years, curious individuals have dug up the bones of these soldiers. One of these incidents led to identifying one of the corpses being that of Benjamin Bucklin.

Food Rhode Island is Known For

It wouldn’t be right to talk about Rhode Island without mentioning its food! Here are some of the dishes that you should try:

Clam cakes are a famous delicacy of New England and Rhode Island in particular. They are deep-fried beignet-like dough made with delectable chopped clam, beer, and buttermilk that are deep-fried, so they are crispy on the outside but soft on the inside. Clam cakes are a popular street food enjoyed with tartar sauce or a spicy kick of tabasco.

The Rhode Island clam chowder is known for its distinctive clear broth made of potato, bacon, quahog, or cherry stones, a species of hard-shelled clam. Distinct from other local versions of clam broth, Rhode Island’s clam chowder does not contain cream or tomato and has a delectably briny flavor that reflects their beautiful coast.

Calamari is synonymous with Rhode Island culture, and this delightful dish contains battered calamari rings tossed with peppers, butter, and garlic. This dish has been popular since the 50s due to the influx of Italian immigrants to the area. This calorie-heavy delight, irresistible calamari dish is served with the citrus kick of fresh lemon slices.

Rhode Island is the birthplace of these delicious corn flapjacks, and they are their signature dish which locals and tourists love in equal measure. Stone-ground cornmeal is mixed with milk, buttermilk, or water and griddle fried to perfection in a thin layer of oil. Historians trace this yummy corn pancake back to the Native American Indians.

There are many exciting things to see, experience, and explore in Rhode Island. Rhode Island is steeped in history and culture and a truly unique place to discover, from natural beauty to its iconic cuisine.

The next time you have the chance to visit, make sure to go to the beaches, see the historical sights, and taste the delicacies that this small but beautiful state offers.