Top 14 Things Sacramento is Known For & Famous For 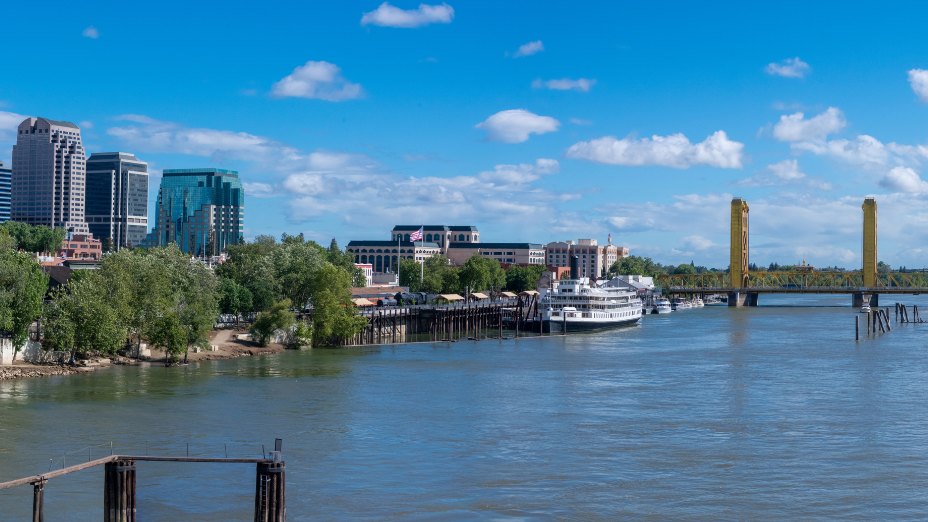 What Is Sacramento, California Known For?

The city of Sacramento, located in Northern California, is known by many names, including The Big Tomato and The Camellia City. It’s a city steeped in rich history and offers endless ways to spend your time.

In this article, we’ll explore the different things that make Sacramento, California, unique and the various names it is known for. 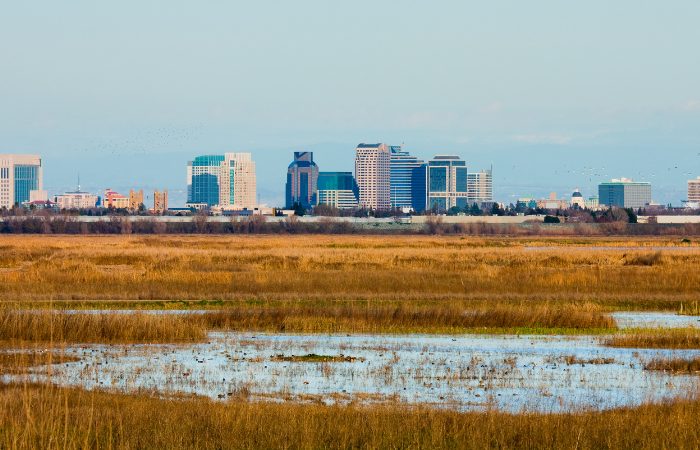 The city’s official name may be Sacramento, but it’s not all this city is known by.  Here are some of its other names:

Sacramento is located at the confluence of the Sacramento River and the American River, which is why it is endearingly called The River City.

This name is inextricably linked to the history of Sacramento, which stretches back to 1839 when founder John Sutter arrived on the shore near the confluence of these two rivers.

He set up Sutter’s Fort, which is a historic landmark today, with the intent of developing a community that would thrive on agriculture. Over time, and with the advent of the gold rush, Sacramento was slowly but surely shaped into the bustling city it is today.

The American River Parkway is perhaps the largest in the U.S. and features a twenty-five-mile (40.23 km) bike trail along its length for avid bikers and fitness enthusiasts. The course is specifically designed to ensure it steers clear from traffic.

The American River is frequented by kayakers and rafters, while the Sacramento River is a popular boating and fishing destination.

Sacramento has been a significant player in the canning industry, given its proximity to large expanses of fertile lands and its convenient location at the intersection of major transport routes.

While Sacramento deals with all types of agriculture, it’s best known for canning tomatoes, earning it the name ‘Big Tomato.’

Camellias were first brought over to the city from Japan in the 1850s. After reaching the city, they were cultivated with great vigor by Sacramento residents. Many resident gardeners developed tricks and techniques to grow and breed camellias, and this knowledge has been passed down for generations.

By 1942, the camellia had become the official flower of Sacramento, and over time it became linked with the image of the city itself. Sacramento celebrates Camellia Day events even today, and many businesses have the words ‘Camellia City’ in their name.

The Delta Breeze is a local name for an air current that blows over the delta of the Sacramento river, bringing cold, humid winds from the Pacific Ocean.

These winds usually blow over the city during summer, and their effects are pretty noticeable. In some instances, these winds are known to cool the air by as much as 10°F (-12.22°C)!

It’s not unusual in Sacramento to go from a hot, dry day with a relentless sun beating down on you to a tolerable, even peaceful climate thanks to these winds. 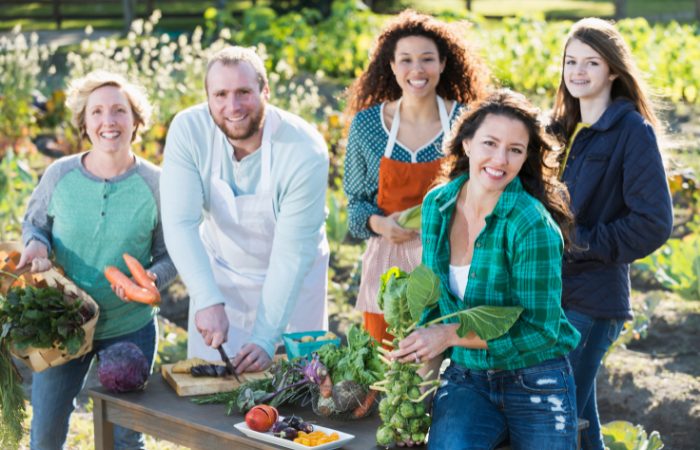 Sacramento is the Farm to Fork Capital of the Country

Sacramento ships farm produce to cities all over the U.S. and is known for its abundance of farmers’ markets stock full of fresh produce. If you’re in Sacramento, you can bet that your food is as fresh as it gets anywhere in the country.

While the city is home to renowned restaurants, the natural allure lies in the fact that every menu item is made from local produce. Eateries offer food fresh from the farms, with a satisfying crunch that’s hard to replicate.

In September, Sacramento devotes its energy to organizing farm to fork events at restaurants and other locations, a culinary delight for everyone involved.

These celebrations culminate in a banquet called the Tower Bridge Dinner, which is truly a banquet of epic proportions. It is a locally sourced, five-course meal served to over eight hundred guests at once. This dinner setup typically involves an enormous banquet table running down the length of the bridge, decorated with wine glasses, table cloths, and fresh flowers.

The event combines farmers’ markets, chef performances, and live music, of course, aside from the freshest food you will probably ever eat at a single sitting. 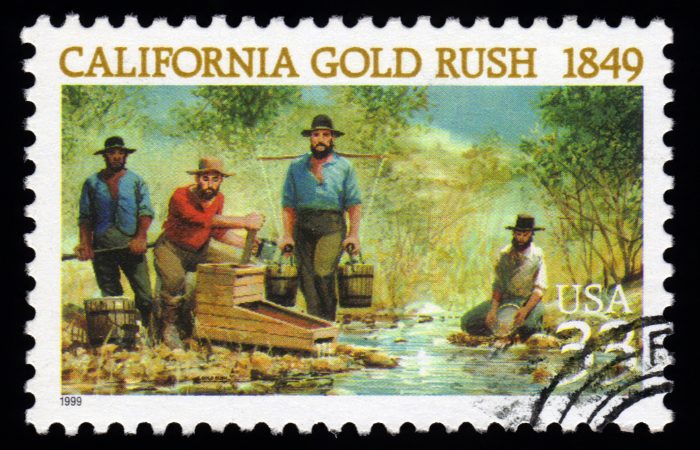 Sacramento is the Gold Rush Capital of America

Sacramento was built by the California Gold Rush.

As mentioned above, John Sutter founded both Sutter’s Fort and a community at the confluence of the American and Sacramento Rivers. Gold was first discovered at a sawmill near Sutter’s Fort in 1848, turning the community into a mining and trading center during the Gold Rush.

The steady influx of people from all over the U.S. and the area’s logistical convenience allowed it to quickly transform into a commercial hub. As the demand for housing and industry increased, the city was slowly developed.

The Gold Rush was truly the spark that set off the development of the entire city of Sacramento, California.

Additionally, while this wasn’t the first gold rush in the country, it was the first to capture the popular imagination, setting the stage for numerous film and television references. It had significant long-term effects for the entire state, to the point where Gold Rush imagery features on the California State Seal and the state motto – “Eureka,” or “I have found it!” – is a reference to the discovery of gold and the California Gold Rush. 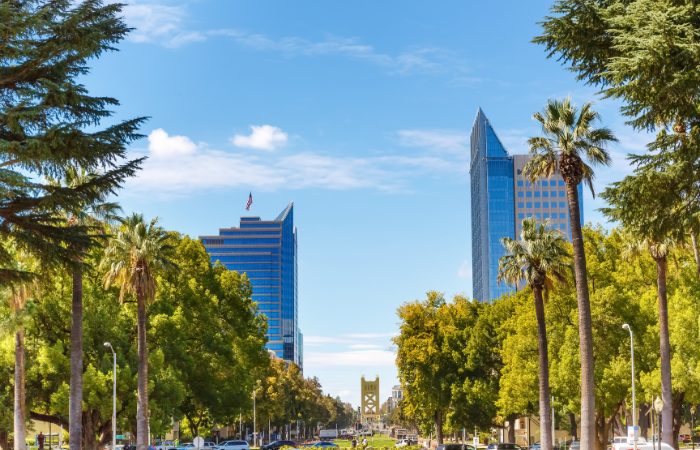 Sacramento is Brimming With Trees and Greenery

Living in Sacramento can be likened to staying in a park, with the city’s skyline a rich canopy of elms, oaks, sycamores, and hundreds of other tree species. The greenery in Sacramento covers roughly a quarter of the entire landscape area of the city.

The trees were first planted by settlers who wanted shade from the intolerably hot summers in the region. And growing trees was pretty straightforward, given the fertile land at the confluence of the two rivers.

Today Sacramento is the city with the most number of trees per square foot in the U.S. and second only to Paris on a global scale.

With the abundance of greenery, the city developed a tree-loving culture, with the Sacramento Bee newspaper even running an obituary for dead trees at some point.

The excess of exuberant greenery, along with the residents’ love for plants, earned them the name ‘City of Trees.’ In a city that gets as hot as Sacramento, these trees can help lower temperatures by as much as 30°F (-1.11°C). 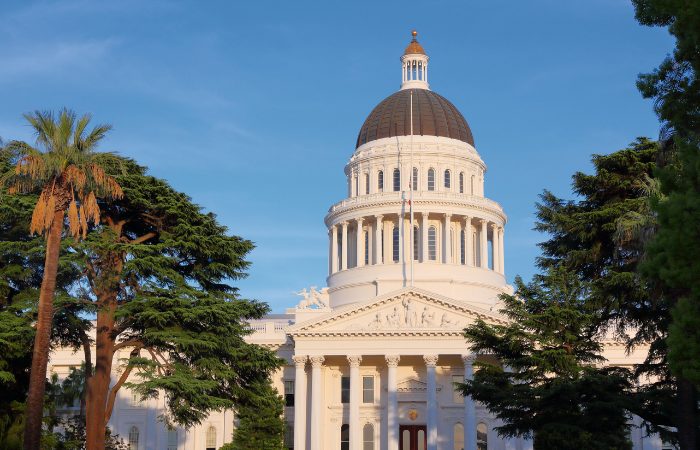 Here, you can wander through historical exhibits that showcase how the state was run more than a century ago. Alongside the rich history, you also get glimpses of the modern lawmaking process.

A tour of the building is a magical experience, giving visitors an idea of how things have been running in the state since it was first set up in 1860. 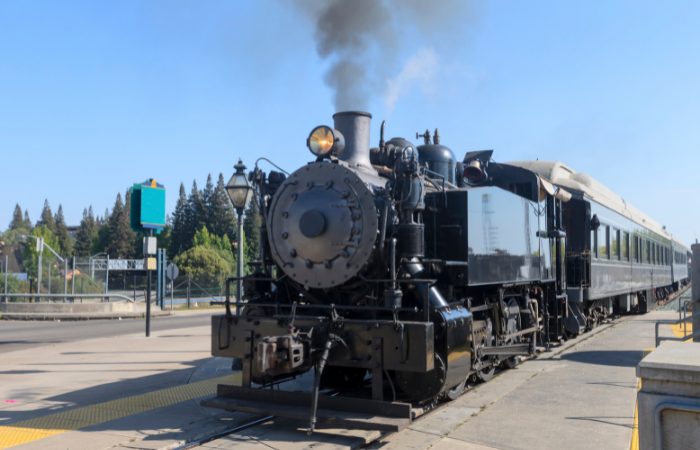 You Can Find the California Railroad Museum in Sacramento

Sacramento is home to over 28 museums, and you’re sure to find one that suits what you’re looking for. The California Railroad Museum is one institution that showcases rare and insightful exhibits on the transcontinental railroad.

The museum’s motto is ‘Our lives are made of railroad stories.’ The exhibits depict how the transcontinental railway lines have impacted the development of California and the entire nation. Their exhibits include:

The Railroad Museum will give you a glimpse into railroads – the lifeblood of California and the entire nation. 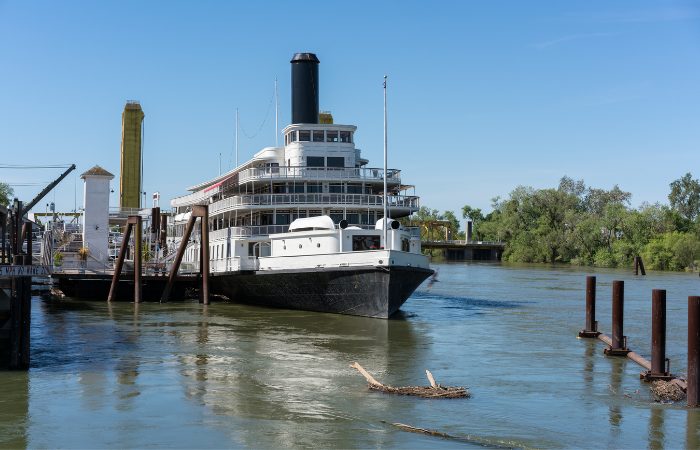 Sacramento is the Underground City

In the 1800s, Sacramento was hit by successive storms that flooded the city, submerging most of the land by creating a sort of inland sea. Most citizens had to relocate to carry on with their lives. Even the government decided to move to San Francisco while the issue was resolved.

However, a few industrious residents decided to stay behind and deal with the problem by literally ‘raising the streets,’ thereby saving the city.

While the raising was an incredible feat in itself, the modifications left behind a labyrinth of underground tunnels, some as deep as 6 feet (1.82 m) under the city!

You can sign up for tours organized by the Sacramento History Museum to better investigate these spaces and learn about the challenges the city’s inhabitants had to face. 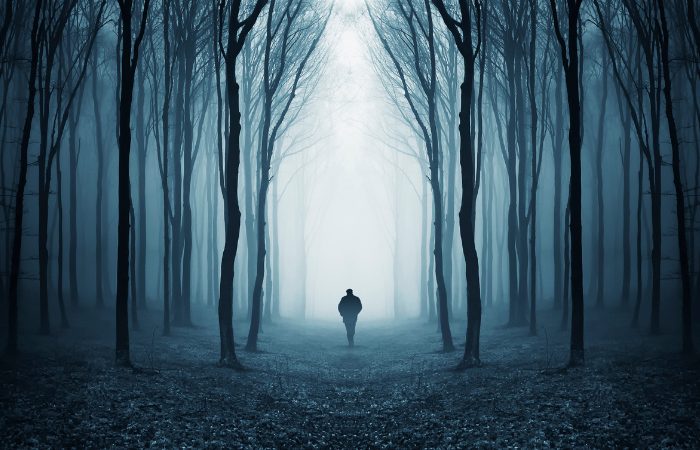 With a network of underground passageways, there’s bound to be spooky stories cropping up from time to time. Rumors of damned souls wandering about the tunnels are commonplace and have always intrigued rather than repelled the residents of California.

Aside from the tunnels, there are other parts of Sacramento that are believed to be haunted, with accounts of ghost miners wandering around the streets and books flying off shelves at the California State Library.

If you’re intrigued by these apparitions, the Sacramento History Museum conducts regular ghost tours every October where tourists and visitors can get a glimpse of the supernatural if they’re lucky.

It’s rare to hear of a place with a spooky past and even rarer to find people in the city willing to share the eerie history with you. 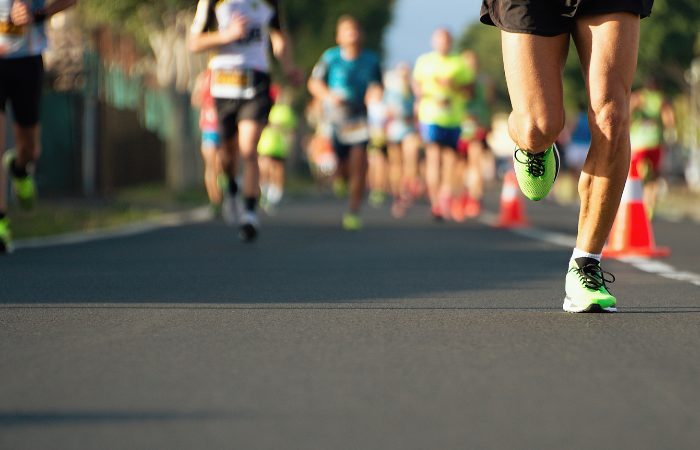 Eppie’s Great Race is considered to be the first triathlon ever hosted in the world.

Unlike regular triathlons, the Great Race excludes swimming instead of including a six-mile (9.65 km) kayak ride down the American River Parkway, along with cycling and running.

However, this isn’t any ordinary race. The circuit was first tried by numerous celebrities and athletes, who set a record to beat. Any participant who beats this record wins a complimentary breakfast at a local restaurant (usually involving pancakes).

Besides the competitive spirit and community feeling this race engenders, it’s also a collective that generates funds in large numbers through donations. These funds are donated to institutions helping people with special needs and physical disabilities. 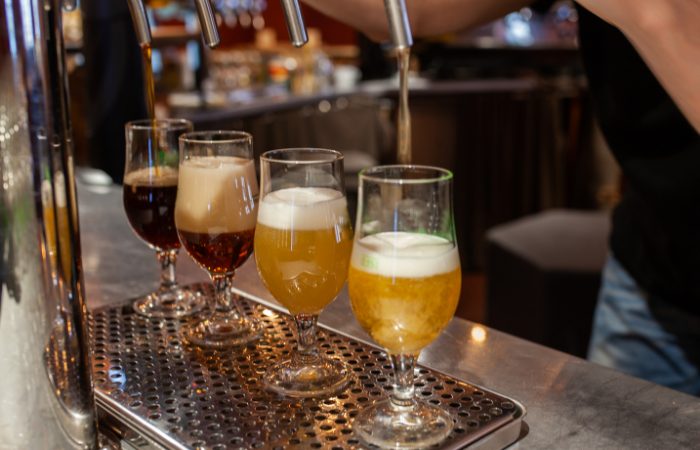 There are Numerous Amazing Gastropubs in Sacramento

Sacramento has been living in the shadow of cities like Seattle and San Francisco, known for their eateries and bars.

However, recently, the gastropub scene in Sacramento has exploded, with almost fifty breweries vying for your attention in the downtown area. Some famous gastropubs in Sacramento include: 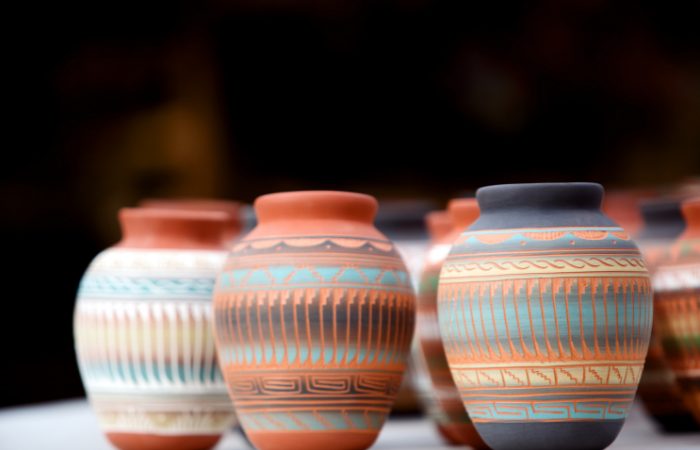 Showcasing pieces since it was founded in 1885, today the Crocker Art Museum is home to numerous drawings by European Old Masters like Albrecht Dürer, Fra Bartolommeo, and Jean-Honoré Fragonard, and a significant collection of international ceramics.

The building is part of a mansion constructed back in the 1800s and included a bowling alley, skating rink, natural history museum, and a library back then.

The art museum is built next to the new Teel family pavilion, offering an interesting contrast of modern and ancient trappings in Sacramento. 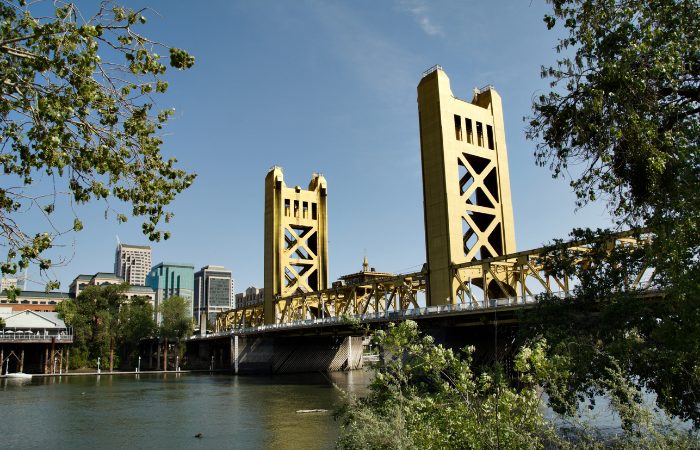 Aside from the attractions and the rich history, Sacramento is a vibrant city with welcoming and hardworking residents. The atmosphere is eclectic, and the city is sure to get more enticing as the years go by.