20 Interesting Things Savannah is Known For 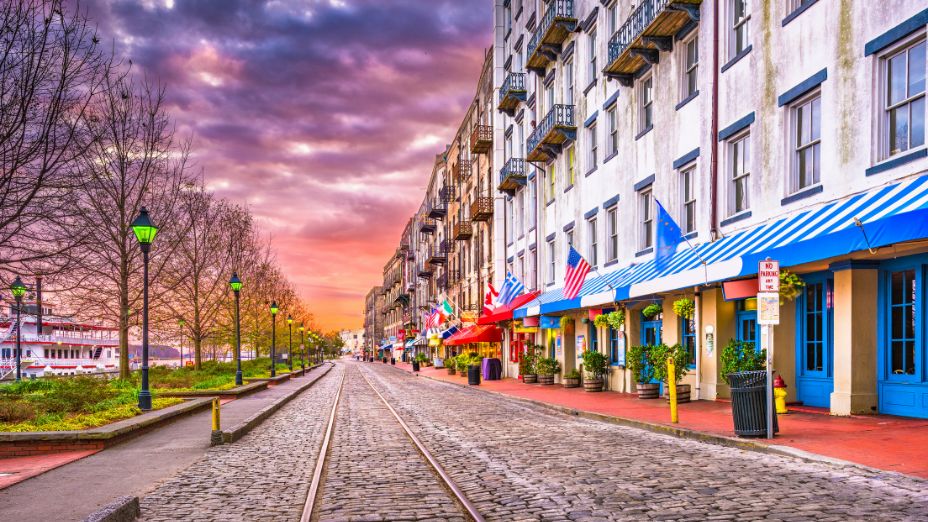 What Is Savannah, Georgia Known For?

Savannah, Georgia, is known for its charming Southern ambiance. Filled with cultural attractions, glittering national parks, and historical landmarks, Savannah is a unique city with its own delightful and enticing identity.

This article will outline the many attractions the beautiful city of Savannah has to offer. It will also list with detail many of the historical sites and activities you won’t want to miss when traveling to one of the most famous cities in the Southern part of the East Coast. 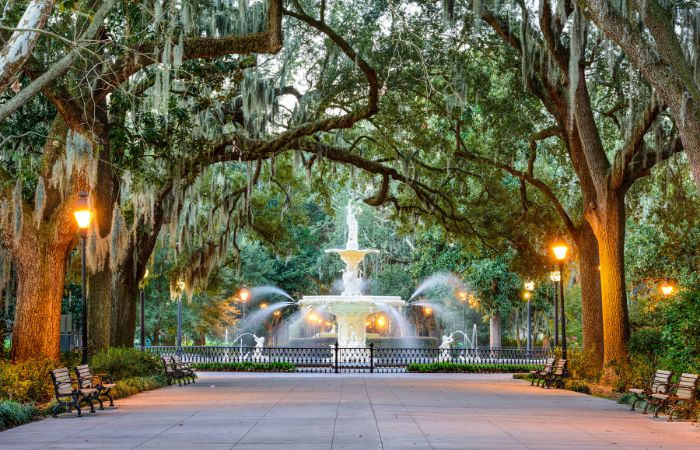 Forsyth Park is one of the main attractions located within the historic district of Savannah. Spanning over 30 acres (12.14 hectares) and named after Georgia’s 33rd governor, John Forsyth, the park is guaranteed to have something for everyone.

The park is most well-known for its fountain, several children’s playgrounds, and historical monuments. Forsyth Park is also a frequent site for pop-up markets, live music, and its popular café, The Collins Quarter.

Let’s take a closer look at these activities.

Established in the 1840s by William Brown Hodgson, Forsyth Park has a strong historical background. It was initially built to be marching grounds for Confederate troops during the Civil War. Before World War I, the park was made into a “mock fort” for the military.

You can find several monuments throughout the park, including: 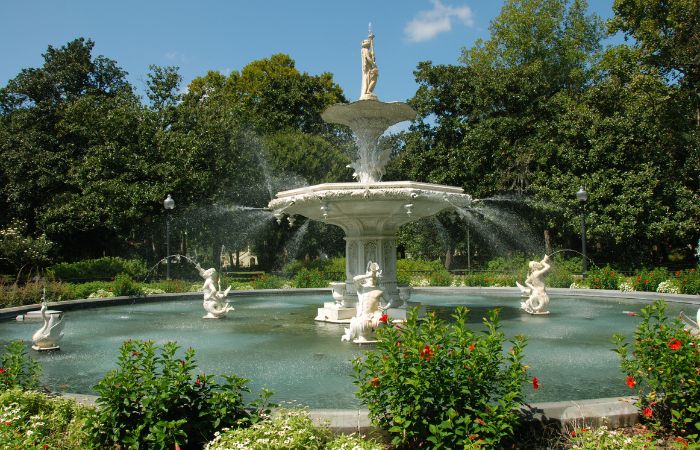 In addition to historical monuments, the park’s most popular attraction is its fountain. According to Visit Savannah, the fountain is one of the most photographed places in the city. Installed in 1858, the fountain has been a staple of the park for over 100 years.

It is often lit and is a popular site for engagements and weddings. It also keeps up with the seasons and holidays. The water is dyed green on St. Patrick’s day!

Festivals In the Park

Forsyth Park also holds several music festivals throughout the year. Here are some of the more popular festivals: 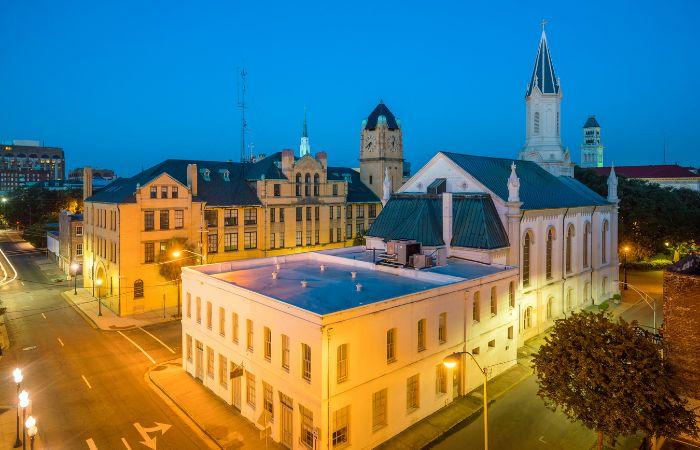 As previously mentioned, Savannah has deep historical roots. One of the most critical aspects of Savannah’s many ties to the past is the religious history throughout the city.

Savannah is filled with many religious and sacred landmarks. The most popular of these sites include:

You don’t have to be religious to enjoy the sacred parts of Savannah. Appreciating the architecture, history, and culture of these breathtaking monuments is something you won’t want to miss. 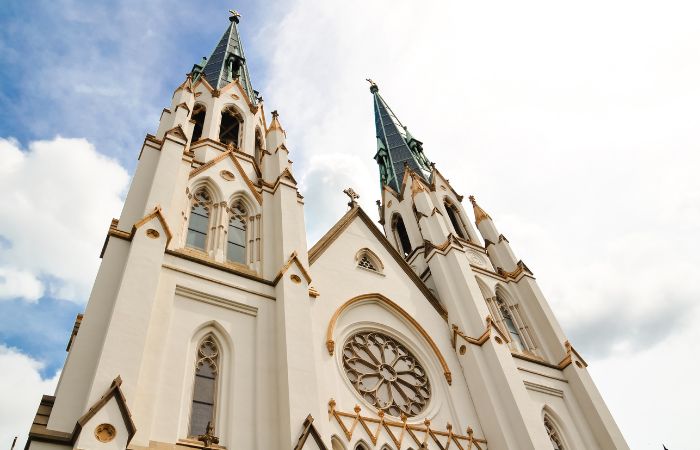 Cathedral of St. John the Baptist

Citizens of France and Haiti founded the first parish in Savannah, known as the Congregation de Saint-Jean Baptiste.

The first cornerstone for the church was laid between 1799 and 1800, with finalized construction of the building in the late 1800s. Since then, many renovations and repairs have been made to the church.

With its French-Gothic style architecture, the church has been an attraction for centuries as a tower of brick masonry and pride within the city.

Encompassing beautifully detailed Austrian stained-glass, hand-painted murals, and luxurious Persian rugs in its interior, the Cathedral is a monument of historic beauty in the city of Savannah. 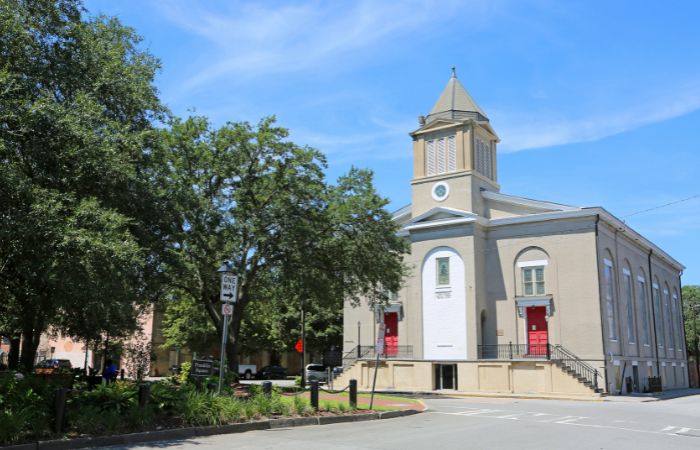 The First African Baptist Church is older than the United States of America itself.

Founded in 1773, the church was led initially by Reverend George Liele. In December of 1777, the church was officially constituted, making the First African Baptist Church the oldest Black church in the entire continent.

The building standing in Savannah today still includes its original light fixtures, baptismal pool, pews, and balcony. It is famous for the African prayer symbol incorporated into its floors, the BaKongo Cosmogram, meaning the “Flash of the Spirits.”

The church is registered as a National Historic Landmark.

The Christ Church is the oldest church within the state of Georgia, which was established in 1733, the same year Georgia was established as a colony. The Neoclassical style building is a famous religious site filled with many visitors each year.

It includes the famous “Ascension Window,” a stained-glass piece dedicated to the first bishop of Georgia. 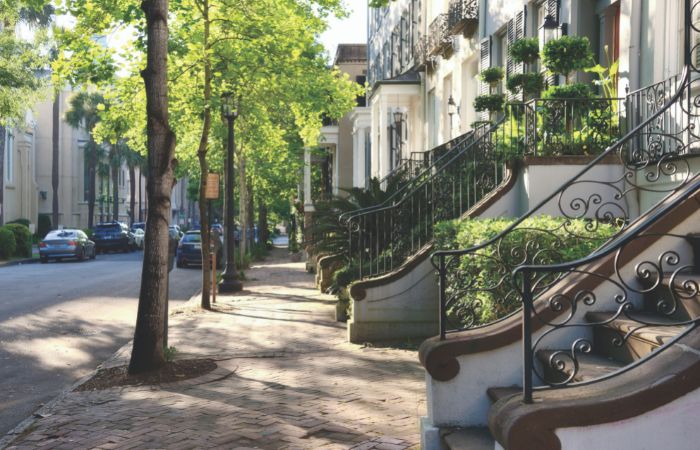 Savannah, Georgia, is very well-known for its walking tours. The city is laid out in a grid style similar to New York City, making it incredibly easy to get around on foot. Get your step count in and explore the city!

Some of the most popular tours include: 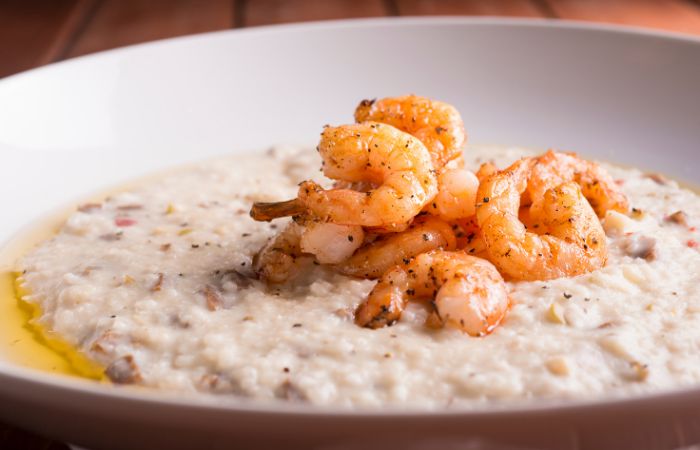 Part of Savannah’s enticing Southern charm is the variety of cuisine and dining experiences it offers to each of its visitors.

Savannah, Georgia, has a culinary experience, unlike any other city. From elegant dining offered in historical mansions to modern-day restaurants with innovative menus and servings, this city has a portion of food for everyone.

From famous fried-chicken to the finest upscale eateries, here are some restaurants in Savannah you can’t afford to miss:

Built in 1771, the Olde Pink House is not only a restaurant, but it is also a landmark essential to the city’s history. Located in the center of Savannah’s historic district, it is one of the most popular tourist attractions in the city.

Their menu focuses on Southern food with a modern interpretation. The highlights include fried lobster tail, “southern sushi,” or their chicken pot pie. 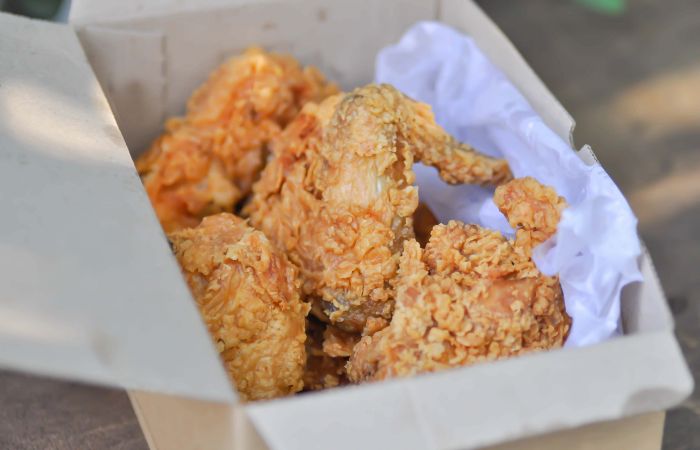 Another restaurant located in Savannah’s historic district you won’t want to miss is Mrs. Wilkes Dining Room. Designed with Southern hospitality in mind, the restaurant is outfitted with communal tables and “first come, first serve” seating.

The menu changes daily, and it is notorious for having lines down the block due to its popularity.

Mrs. Wilkes Dining Room offers the quintessential Southern dining experience. With their menu focusing on hearty gumbo, cornbread and muffins, and savory meatloaf, you won’t want to miss out on Mrs. Wilkes.

The Grey is another famous eatery located in the historic district of Savannah.

Transformed from an old Greyhound Bus Station into one of the top-rated places to eat in Savannah, you can’t miss this one-in-a-million dining experience.

They also have an additional quick-serve style market, called The Grey Market.

As previously mentioned, The Collins Quarter is a dainty café located in the famous historic Forsyth Park. The Australian-owned eatery is a place downtown where you’ll find specialty items, unlike anything you’ve seen before.

Their menu features unique specials, such as shrimp and grits for brunch or bananas foster French toast. 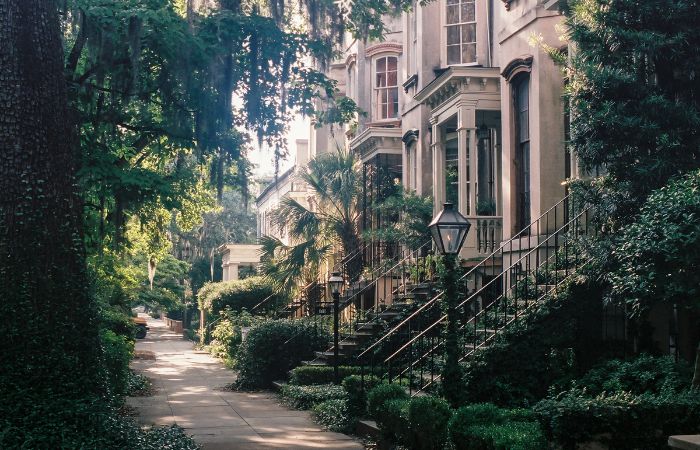 Yes, you read that right. Savannah, Georgia, is home to historical landmarks and deluxe dining, as well as many ghosts and ghouls!

In fact, Savannah is considered one of the most haunted places in the United States. With a whirlwind of history, superstition, and urban legend, there are many places to explore the paranormal in Savannah.

Let’s take a closer look at some of the top sites you should check out. 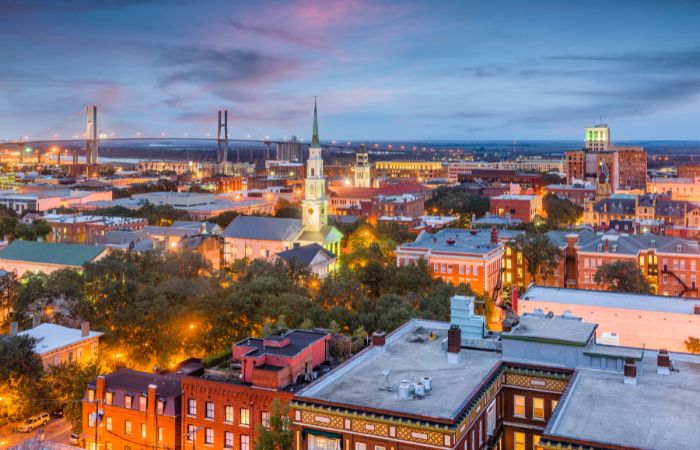 Made famous by the 1994 novel by John Berendt Midnight in the Garden of Good and Evil, the Hamilton-Turner Inn has been notorious for its haunted past and ghostly sightings. Throughout the years, guests at the Inn have reported an abundance of paranormal activity.

Eerie sounds of children’s laughter, the ghost of a man holding a cigar on the roof, and numerous sightings of Civil War soldiers roaming the halls are just a fraction of the abnormal activity in the Hamilton-Turner Inn.

Built for the historic Georgian figure, Mr. Samuel Pugh Hamilton, the mansion has been standing since 1783. A naval officer in the Civil War, Mr. Hamilton was known for his lavish lifestyle and excessive “Gatsby” style parties.

The Inn was the first house in Savannah outfitted with electricity.

The ghost stories of Hamilton-Turner began when Mr. Hamilton converted his mansion into a private art museum to display the many pieces he had collected. He hired a guard to watch over his precious collection, who was found in a pool of his own blood after having been shot in the back of the head.

The crime is unsolved to this day.

Today, the mansion has been updated and upgraded to be one of the most luxurious boutique hotels in Savannah. It boasts 17 rooms full of “Southern charm” and is sure to be a relaxing getaway…as long as you don’t run into any ghosts, that is.

Read more about what the Hamilton-Turner Inn has to offer here. 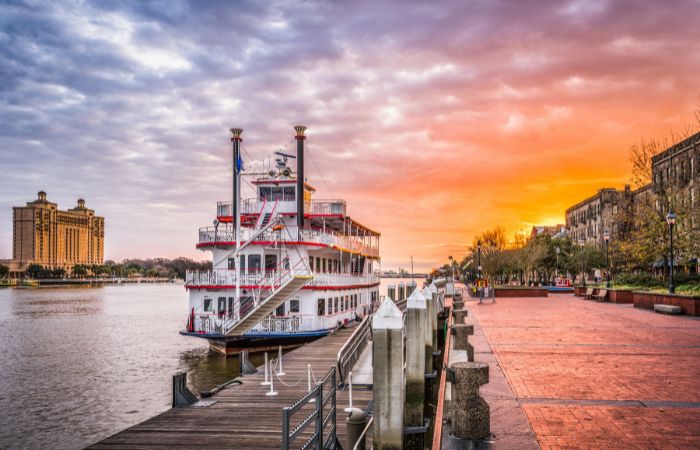 It served as a hospital for the sick during many outbreaks of yellow fever in the early 19th century.

Many brave souls who have embarked on the ghost tours of Savannah have reported seeing shadowy figures moving swiftly throughout the building. It is thought that most of the hauntings here are souls with unfinished business who died from yellow fever.

Another theory behind the paranormal activity at the Moon River Brewing Company is the murder of James Stark, who was shot to death on the second floor of the building. It was supposedly a duel between him and another man, Philip Minis.

The duel was over anti-semitic comments.

The most famous ghostly encounters reported in Savannah, Georgia, are those that come out of the 17hundred90 Inn, which consists of three separate buildings, constructed in 1821, 1823, and 1888.

This charming Inn has some exciting abnormal activity.

The most popular of the ghosts that roam the 17hundred90 is the one the staff lovingly refer to as “Anne.” It is said that Anne was a heartbroken woman who stayed in Room 204 at the Inn, and she jumped to her death out of the window in despair.

Guests who stay in Room 204 frequently report their belongings being rearranged or even missing, and even more, note that they can “feel” the presence of Anne and her wretched heart. 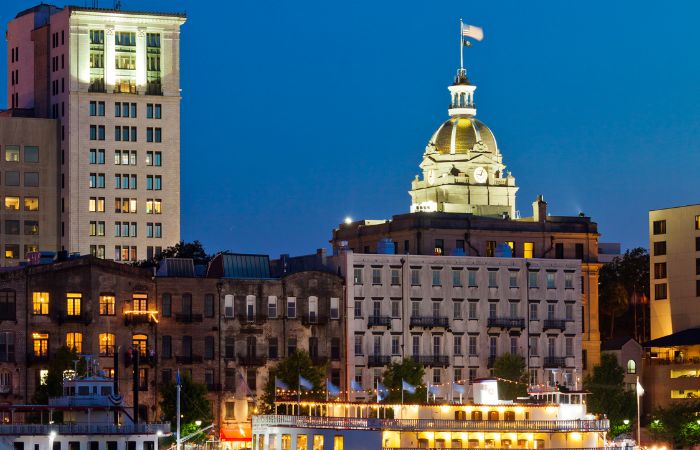 Savannah, Georgia, is a city full of various attractions and amenities. From ghost tours to fine upscale dining, historic landmarks, and antebellum architecture, Savannah has something for everyone.

You may want to play your trip, however, around the cooler seasons, as it can get rather warm in Savannah during the summer. If you live in the Northern climate, Savannah should be a great destination during the winter months.

If you’re planning a trip to Savannah be sure to check out this guide on Amazon!