Top 14 Things Cape Cod is Known For & Famous For 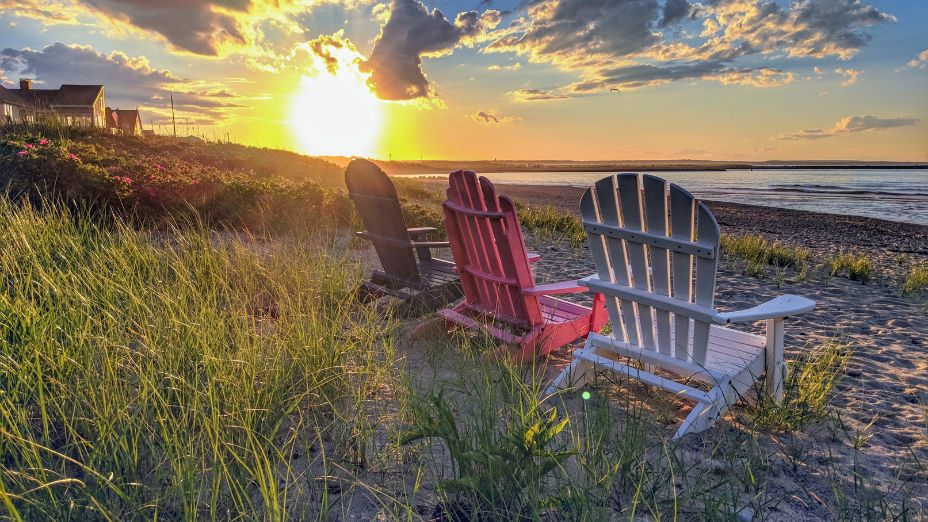 What Is Cape Cod, Massachusetts Known For?

With a history dating back to 1602, Cape Cod is known for its beautiful beaches, fishing industry, and the enormous LGTBQ community in Provincetown. There are many places to explore on Cape Cod and a thriving tourism industry ready to make you feel at home.

This article will provide you with some places to see, monuments to visit, and dance floors to get fabulous on. While I’ve included some Cape Cod must-sees, there are also some less famous spots here that may help you see some different sides of Cape Cod.

Cape Cod Is Named After a Fish

After seven weeks at sea, you get tired of salted meat and hardtack.

So when Bartholomew Gosnold’s ship pulled into Provincetown Harbor on May 15, 1602, he named the peninsula after the fish, which swam abundantly in the surrounding waters.

Fish provided not only food but fertilizer for colonists.

Later Cape Cod and Massachusetts coastal towns grew rich in the fishing and whaling industries. But fishers faced terrible dangers out on the stormy North Atlantic, and when herring shoals diminished between 1860 and 1890, Cape Cod lost over 1/3 of its population.

Today the Cape Cod Commercial Fishermen’s Alliance represents the fishermen who make a living off Cape Cod’s coasts. Traditional family-owned fishing boats have faced heavy economic pressure for decades, yet the industry survives, and the cod they bring in still fetch a premium price in the markets.

To get a glimpse of the history of Cape Cod check out this book on Amazon.

Many tourists come to Cape Cod for fishing.

Cape Cod’s offshore waters teem with cod, haddock, striped bass, bluefin tuna, and even an occasional shark. (The 1975 movie Jaws was filmed off Provincetown on Martha’s Vineyard.) You can find fishing charters to fit just about every budget, and inexperienced anglers are welcome.

If you don’t want to charter a boat, don’t worry, as there are many places along the Cape Cod shoreline where you can cast your line. My Fishing Cape Cod has a list of bait and tackle shops that will supply you with everything you need for a vacation spent fishing and a lifetime spent telling fish stories.

The Pilgrims Made Their First Landing on Cape Cod

You may have learned in school that the Pilgrims first landed in America on Plymouth Rock.

But the Mayflower landed in Provincetown before setting off for Plymouth. The Mayflower Compact, the Plymouth Colony’s first governing document, was written and signed aboard ship in the Provincetown harbor.

The Pilgrims spent several weeks exploring the Cape in November 1620 and got down to the area of today’s Eastham before discovering the land was occupied by the Nauset tribe. After an initial skirmish, the Pilgrims decided it might be wise to seek a friendlier location for their new colony and sailed southeast for their “New Plymouth.”

In hindsight, it was probably best for everyone.

The Pilgrims would have been horrified by the LGBT-friendly artist’s colony that Provincetown became. And the artists and gay revelers who flock to Provincetown every season would not have been overly impressed by the Puritans, either.

The Pilgrims’ landing place is honored by a plaque in a small park located at the end of Commercial Street. Pilgrims’ First Landing Park is easy to miss, as it is obscured by brush and lies in the middle of a rotary.

It is much more difficult to miss the great granite Pilgrim Monument atop Provincetown’s High Pole Hill. Construction on this 252-foot (76.8 m) tower began in 1907, with President Theodore Roosevelt attending the official laying of the cornerstone.

The Pilgrim Monument is one of Cape Cod’s most well-known landmarks.

If you are vacationing on Cape Cod, you might assume that the Upper Cape was the northern half with the Lower Cape to the south. But Falmouth, Sandwich, and the other towns on the Upper Cape lie nearly twenty miles (30 km)  south of Provincetown, Wellfleet, and other Lower Cape villages.

There are several theories about the origins of the Upper and Lower Capes.

Some believe that the whalers and sailors who first settled Cape Cod used “Up” and “Down” to refer to longitude lines. From Cape Cod, the Greenwich meridian (0° longitude) lies east, so boats heading eastward we’re going down the scale, and ships heading west were going up.

The most popular explanation comes from Cape Cod’s remarkable resemblance to an arm, complete with a fist at Provincetown and a finger at Long Point. The upper arm and elbow lie west of the mainland. The elbow, forearm, and hand represent the eastern “Lower Cape.”

Many call the forearm the “Outer Cape.”

Chatham is home to the beautiful 1877 Chatham Lighthouse, whose grounds offer an even more stunning sea view. During the summer, the Coast Guard Auxiliary provides tours every Wednesday from 1:00 to 3:30 pm. Tours are offered every other Wednesday in the spring and fall.

The museum is open 10-4 Tuesdays through Saturdays from mid-June to mid-September.

The Cape Cod Canal Was Constructed in 1914

Sailing around the Cape has historically involved a long voyage through difficult waters. Check out this book for stories of various shipwrecks of Cape Cod.

George Washington surveyed the Cape for a possible canal route in 1776. But not until 1906 did workers begin construction on the Cape Cod canal. On July 29, 1914, the Cape Cod Canal opened for limited traffic.

While the new canal shaved 62 miles (100km) off the Boston/New York voyage, its narrow width and difficult navigation led to accidents and boat congestion.

During World War I, the federal government took control of the canal. In 1928 the US Army Corps of Engineers expanded the channel to its current 480 foot (146m) width and 32 foot (9.75 m) depth.

The Corps of Engineers still control the waterway and make sure the 14,000 recreational and commercial vessels travel through the 17.5-mile (28km) canal safely. They also operate several recreation areas along the canal.

Camping Along the Cape Cod Canal

If you want to watch ships sailing through the canal while camping, Bourne Scenic Park has approximately 439 sites with cabins and lodges. Fishing, hiking, biking, and rollerblading are just some of the activities offered.

The Corps of Engineers also operates a campsite at the Scusset Beach State Reservation, which features 1.5 miles (2.4 km) of beachfront, 98 RV sites with hookups, and five tent-only sites. Lifeguards are on duty for swimming, and the fishing is excellent.

Dedicated to ocean research, exploration, and education, the Woods Hole Oceanographic Institution employs over 1,000 staff and students. It is located near the Cape Cod town of Falmouth, and its physical office address is 86 Water St, Falmouth, MA 02543.

Founded in 1930, WHOI has been responsible for many famous oceanic discoveries.

In 1977, Woods Hole scientists were the first to discover underwater hydrothermal vents. In 1985, WHOI explorers located the sunken Titanic.

The WHOI Ocean Science Discovery Center at 15 School Street offers exhibits, school group activities, and a gift shop. You can learn about subjects ranging from toxic algae to the Titanic.

The Ocean Science Discovery Center is open during the summer season, Monday – Saturday, 11 am – 4 pm.

Walking tours of the Woods Hole grounds are available in July and August.

Cape Cod Has a Large and Vibrant LGBTQ Community

By the turn of the 20th century, Provincetown was home to many artists and writers lured to the city by its low winter rents.

Many transformed buildings damaged in an 1898 gale into studios and theaters. Tennessee Williams arrived in Provincetown in 1940 and stayed with “a platinum blonde Hollywood belle named Doug and a [butch lesbian] named Wanda.”

Provincetown’s Bohemian population had always welcomed its LGBTQ members. Many gay and lesbian couples came to Provincetown for the weather and the acceptance, and in 1979, the Provincetown Business Guild became one of the first organizations to promote gay tourism.

Today Provincetown remains one of America’s most LGBTQ-friendly towns. In 2010, 16.3% of Provincetown’s households were occupied by same-sex couples.

Every 4th of July weekend, LGBT people from across America have come to Provincetown for the Independence Week circuit party. Sadly the 2020 and 2021 parties were canceled due to COVID, but Independence Week organizers have high hopes for 2022.

In the meantime, why not stop by the A-House at 6 Masonic Place?

Catering to gay patrons since the early 50s, the A-House is one of Provincetown’s most popular watering holes and its only year-round dance club. You can also stop by PBG’s Provincetown LGBT Welcome House on 3 Freeman Street to find out what’s going on in Ptown while you’re in town.

The Kennedy Family Has Deep Ties to Cape Cod

John F. Kennedy used the Kennedy family compound as his campaign headquarters during the 1960 election. John, Jackie, and the children stayed here as a summer retreat while JFK was in office.

Ted Kennedy stayed at the compound throughout his political career whenever he was not in Washington or elsewhere on political business. Ted’s infamous 1969 automobile accident happened off Chappaquiddick Island in the Lower Cape town of Edgartown.

After Ted Kennedy’s 2009 death at the Kennedy compound, the largest building is now owned by the Edward M. Kennedy Institute. Kennedy family members still reside in other structures on the property, and the property is not open to the public.

The Kennedy Legacy in Cape Cod

While you can’t stop by the Kennedy household for tea, you can visit the John F. Kennedy Hyannis Museum at 397 Main Street in Hyannis. The museum includes many Kennedy family photos of JFK, Jacqueline, and their family and an exhibit detailing the too-short life of Robert Kennedy.

The Hyannis Kennedy Legacy Trail is a self-directed walking tour that begins at the Museum and ends 1.6 mi (2.6km) away at the JFK Memorial on 670 Ocean Street. Placards mark each of the ten stops, and a QR code lets you get further information about the site via your smartphone.

In Cape Cod, you can spend the morning looking at 18th-century Cape Cod houses (the original homes that inspired 1930s Cape Cod homes). You can eat a lobster roll for lunch, then spend the night dancing. Millions of people can agree on one thing: Cape Cod is a great place to visit.

If you’re planning a visit to Cape Cod this Explorer’s Guide is a great choice.