9 Things Frankfurt is Known For 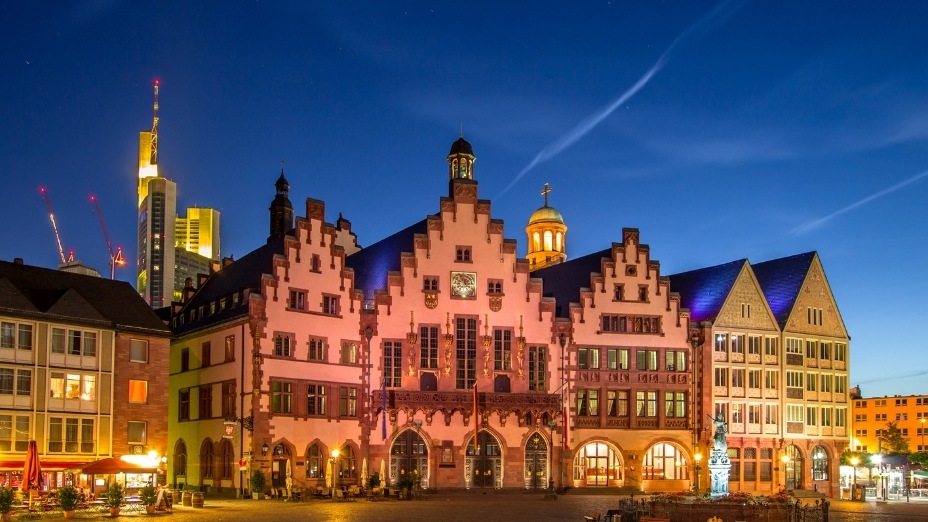 What is Frankfurt, Germany Known For?

Germany has many beautiful and historic cities, so Frankfurt can sometimes get grouped in with the rest. In reality, Frankfurt, Germany is known for many unique experiences that set it apart from the rest.

Frankfurt, Germany is mainly known for its quality of life, famous city hall, beautiful architecture, and plenty of museums. Visitors to Frankfurt should understand what the city has to offer before they go to make the most of their trip.

Let’s take a closer look at the city of Frankfurt, Germany to learn what this area is known for and some of the different things that you can see when you decide to visit this great city.

Frankfurt Has a High Quality of Life

If you are looking for a place to move to and enjoy a lot out of life, then Frankfurt may be one of the best cities in the world. It is often known as the finance and business capital in Germany, but this lends it to doing well in other areas as well.

Whether you are looking for a city to visit or live in, you will be able to have a lot of fun in this city. There is always so much to do when you visit this city. It even works out as a great stop if you need a weekend away from the rest of your crazy trip!

Frankfurt is known as the Financial Capital of Germany 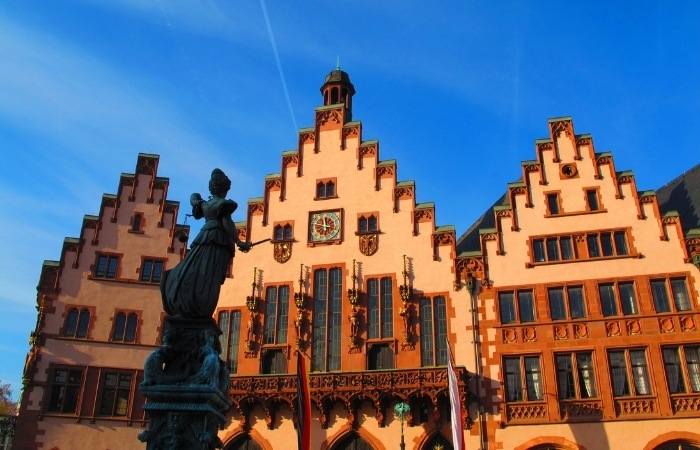 There are many great buildings to explore when you come to visit, but the city Hall may be one of the most important.

It is called the Romer, and it consists of three steep gabled homes and Is right over the Romerberg square. This city hall is impressive in many ways, including the fact it has been there for more than 600 years!

It’s also a beautiful example of classic German architecture and should be a must-visit. 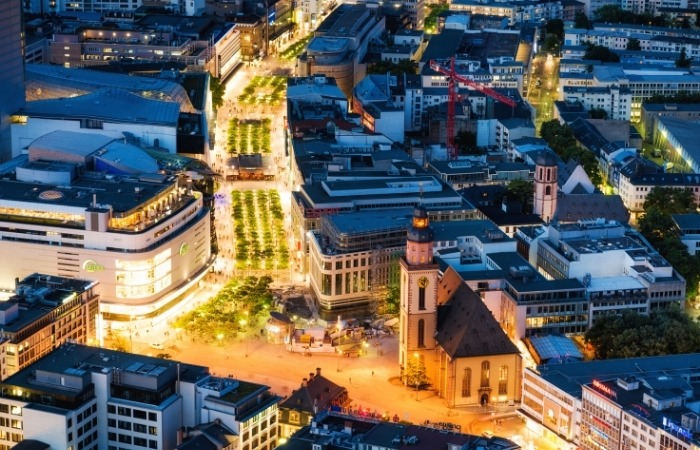 The Place to Go for Tax-Free Shopping

Anyone who is looking to get some designer buys without having to pay lots of taxes will want to come and visit this area on their trip. The Zeil is a popular shopping trip in Frankfurt that will have everything that you need.

There are many great shops to enjoy including:

This allows anyone to enjoy some time down the street for a little shopping. It does not matter what you are looking for, you will be able to find it tax-free on the Zeil!

Frankfurt is known for being the home of Germany’s biggest airport and the busiest cargo airport in all of Europe. The airport handles over 2 million tonnes of cargo per year and has seen 65 million passengers in a single year. The airport is continuing to expand and it currently covers 23km² of land.

Frankfurt is Known as a Logistical Hub

Frankfurt is an important city logistically for the transportation of goods. With the city’s location being quite central within the country, being along the Main River, as well as having the biggest airport in the country, Frankfurt is known as a hub for the shipment of goods throughout Germany and Europe.

Frankfurt Is Known for its Diversity

This is one of the most diverse places in Germany so you will fit right in if you decide to come for a visit. In fact, it is estimated that 180 nationalities live in Frankfurt currently and at least 1/3 do not hold a German passport. This makes it a great place to call home, no matter where you are from.

The current population for Frankfurt is 784,780 and more than half of that seems to come from immigration.

In Frankfurt, there are immigrants from all over the world, including:

Frankfurt also has a large Korean community, the second-largest in all of Europe along with the largest Sri Lankan Tamil community in Germany. Religion is also diverse in this area. It has historically been a Protestant area, but Catholicism took over and became the largest group in the 19th century. The Jewish population is one of the largest in Germany. 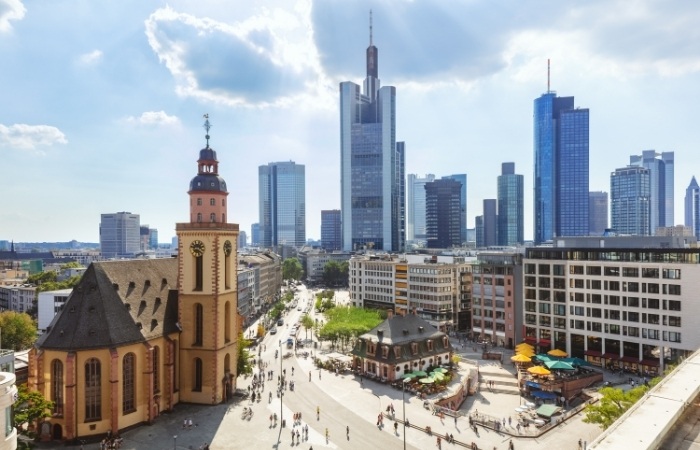 Museums Frankfurt is Famous for

This is a great place to spend your time if you want to learn a bit about history, whether German history or otherwise.

There are many great museums in Frankfurt, including:

These museums are great pieces of art and will teach you a lot of information about Germany and even about the world. You can easily spend a whole day in each one when you come to visit.

Frankfurt Has a Huge Food and Beverage Scene

You can’t visit a famous German city like Frankfurt without getting a chance to try out some of their delicious food and drink. You need to spend some time trying out as many of the local restaurants as possible to get a true feel for the German culture.

There are quite a few tasty places to enjoy yourself in Frankfurt. Some places to start with are:

Frankfurt has many specialties that will suit any palette and will help you feel welcome and loved while you have a good time in the city. Whether you plan to stay in the city for a few days or a few weeks, try out as many different places to eat and drink as possible. 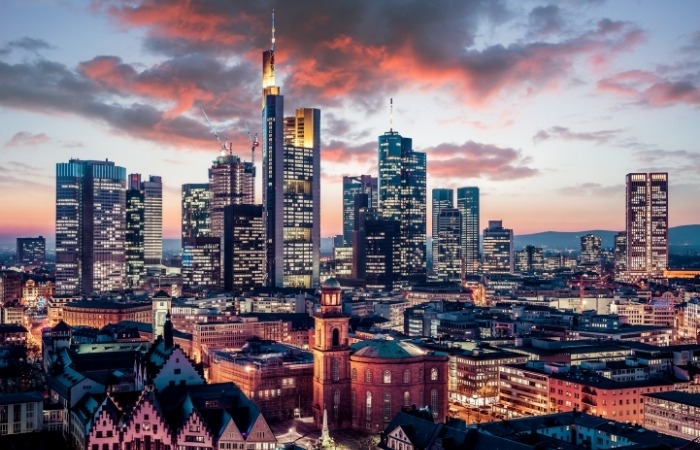 Frankfurt is known for its Skyline

While you are in Frankfurt, take a walk around and look at some of the beautiful architecture that is available in the area. It seems to be around each corner, giving you some history and a lot of fun.

In addition to the Romer that we talked about before, you can also check out:

These are just a few of the places that you should visit when you go to Frankfurt. They are true feats of engineering and look amazing when walking around. With the unique combination of traditional and modern architecture, just taking a walk in Frankfurt is an event in itself.

Frankfurt is a great city to visit and spend time in. There is something for everyone from delicious food, museums, and more. You can easily spend a few days to more than a week in Frankfurt and never get bored.

If you are looking to move to Frankfurt or you want to make a visit to see what this bustling German city is like, consider some of the fun stops listed above, and enjoy a beautiful and fun trip!

If you’re planning a trip to Frankfurt we recommend booking accommodation through Hostel World linked here and checking out this cultural guide to the city here.

10 Most Beautiful Buildings in Frankfurt Worth Seeing Up Close (timeout.com)