14 Things Oklahoma City is Known For and Famous For 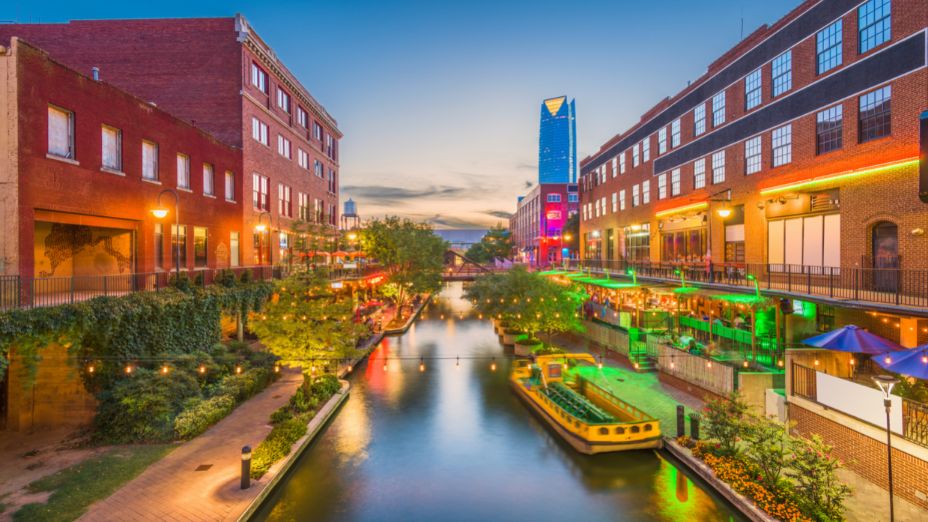 What Is Oklahoma City, Oklahoma Known For?

As you drive through the Oklahoma countryside, you can see the towers of Oklahoma City sparkling in the distance like prairie lightning. Nearly 650,000 people live in Oklahoma City and almost 1.4 million in the OKC metro area. But how much do you know about the Great Plains’ biggest city?

Oklahoma City is known for being a hub for oil, cattle, and railroad trade. Founded in 1889, Oklahoma City’s short but fascinating history includes a land stampede, nuclear weapons, sit-ins, cowboys, crude oil, and a tragic 1995 bombing.

If you’re going on a trip to Oklahoma City, or if you’re just curious, you’re in luck. When you get done with this article, you will know more about the city and its history than you did before, and you’ll have lots of places to visit — and even a few restaurants. 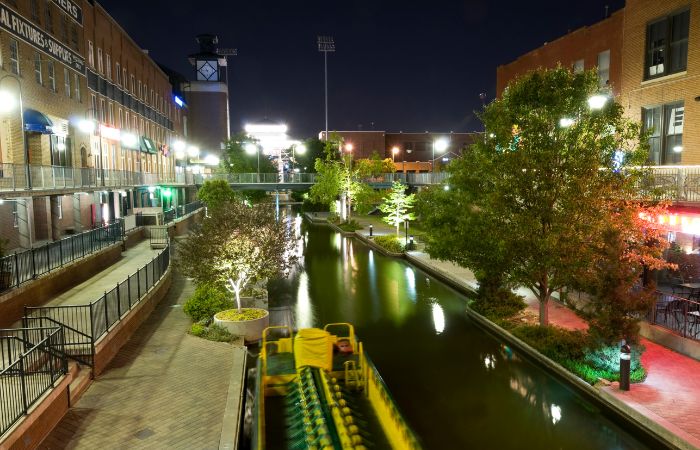 Oklahoma City Was Founded by Boomers

After the Civil War ended, the Federal Government penalized Confederacy-supporting tribes by taking back two million acres of Indian Territory land. Many decided these “Unassigned Lands” were now open for settlement and began lobbying for the settlement of “Oklahoma.”

People agitating for this new land boom became known as “Boomers.” But the Boomers got a chilly reception in Washington. In April 1879, President Rutherford B. Hayes issued a proclamation banning unlawful entry into any part of Indian Territory.

Finally, in 1884, a Kansas judge ruled that entry into Indian Territory was not illegal. In 1889, President Benjamin Harrison announced a claim lottery that became the 1889 Land Rush. But many who came to that lottery were disappointed, as much land had already been claimed. The Boomers got there first and earned their more famous nickname, “Sooners.”

For more in-depth information about the history and founding of Oklahoma City, check out Boom Town here. 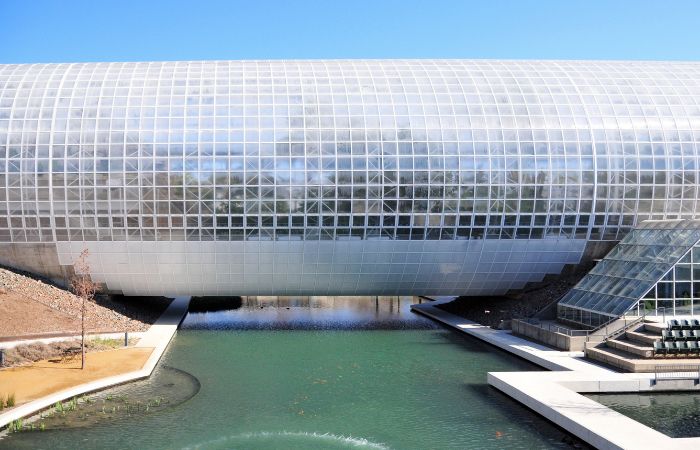 President Hayes’ ban didn’t stop people from settling in the Unassigned Lands. In late April 1880, a Kansas pioneer and politician named David Payne arrived at the site of modern-day Oklahoma City with twenty-one men and established the town of Ewing.

Payne’s town proved short-lived. Troops with the Fourth Cavalry escorted Payne and his men to Fort Reno and then back to Kansas. Undeterred, Payne gathered a larger group of men and returned to Ewing. The Fourth Cavalry, alas, was equally stubborn, and Payne found himself back in Kansas.

Payne repeated this process several times and fought in the courts until his 1884 Kansas win in U.S. v Payne opened the way for settlement. But soon after his victory, Payne died of a heart attack. After the April 22, 1889 land rush, Payne follower William Couch became the mayor of the settlement around Ewing, now called Oklahoma City. 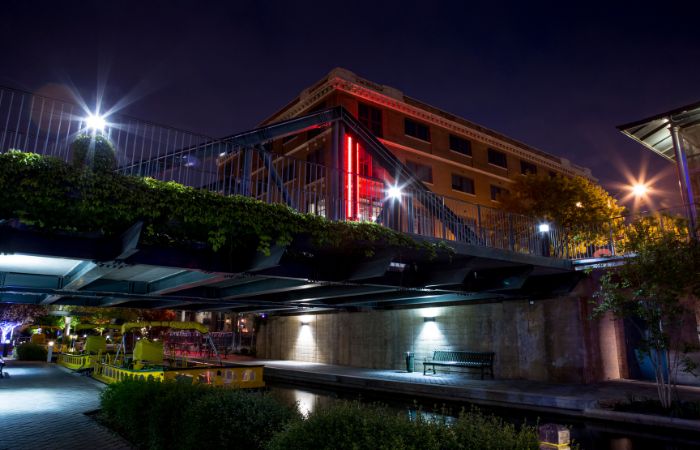 Oklahoma City Is the Wolfman’s Birthplace

On February 10, 1906, Cleva Creighton Chaney gave birth in a shack on the shore of Belle Isle Lake in Oklahoma City. Chaney and her husband Lon were traveling actors who found themselves in Oklahoma after her labor began two months prematurely.

The baby was not breathing. Lon ran to the lake and chopped a hole in the ice, then dunked the blue infant in the water. The baby cried out with shock, and so Creighton Tull Chaney came into the world. At least, that is how Creighton told it, though recent scholarship has cast some doubt on the details.

The Chaneys would return to California, where Lon Chaney later became famous for his silent film work. As “Lon Chaney Jr.,” Creighton is best remembered as Larry Talbot the Wolfman. But he also played Dracula, the Mummy, and Frankenstein’s monster.

Lon Chaney Jr.’s greatest role was gentle giant Lennie Smalls in 1939’s Of Mice and Men.  That tragedy was adapted from a novel by John Steinbeck, who later wrote a great American epic about Dust Bowl Okies displaced to California, The Grapes of Wrath.

In 1887 the Atchison Topeka & Santa Fe rail company built a railroad into Guthrie and Oklahoma City. Two years later, when Oklahoma was opened for settlement, railroad contractor James Maney constructed the second line into Oklahoma. Maney liked Oklahoma City so much he moved there, and by 1900 controlled most of Oklahoma’s rail lines.

Oklahoma railroads brought northeast Oklahoma coal to the chilly Plains states. Instead of driving cattle to Kansas markets, ranchers could now load them onto cattle cars. Farmers could send their grain to far-away customers. And Oklahoma City’s central location meant James Maney could get rich providing the shipping.

Maney put the money he earned from his railroads — and his investments in several large grain and milling companies — into an enormous Victorian mansion that is today the Grandison Inn at Maney Park. The mansion, and two other historically significant Victorian homes, are preserved on Shartel Street in the Maney Historic District. 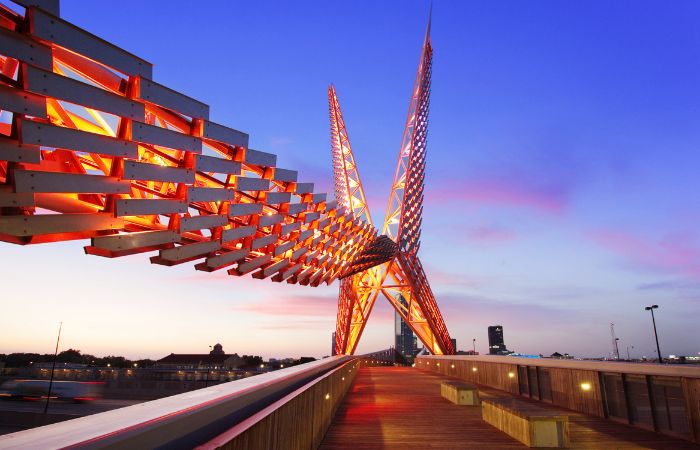 When the Oklahoma Enabling Act of 1906 put the Oklahoma Territory on the path to statehood, Guthrie was declared Oklahoma’s temporary state capital. Over 30 mi (50 km) from Oklahoma City, Guthrie was a thriving railroad stop with electricity, municipal water, and mass transit.

While it hasn’t grown since its 1906 heyday, Guthrie (30 mi / 50 km north of Oklahoma City) was spared urban renovation. Much of early Oklahoma City fell prey to blight and development. Guthrie’s downtown has many charming late 19th and early 20th century buildings. 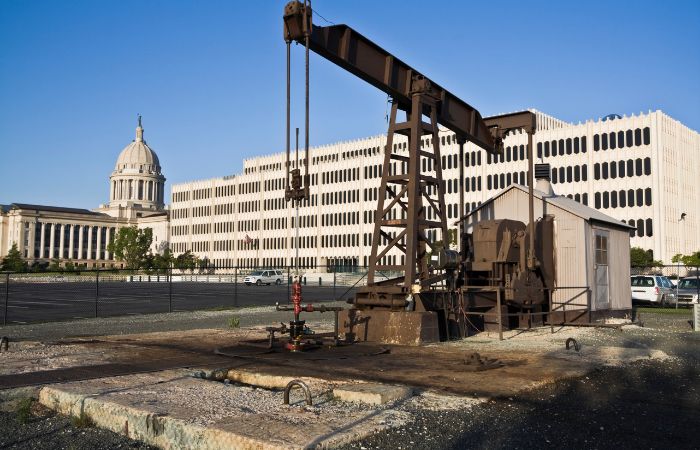 In 1928 Oklahoma City was still a sleepy Western town. Then years of exploratory drilling finally paid off. The Indian Territory Illuminating Company (ITIO) and Foster Petroleum struck oil at 6,355 ft (1930.91 m) at the Oklahoma City Discovery Well. And as drilling continued, it became clear that Oklahoma City was sitting atop enormous oil and natural gas reserves.

While Oklahoma’s energy industry has declined, oil remains an important part of Oklahoma City’s economy. In 2020, Oklahoma was America’s fourth-largest oil producer and accounted for 4% of the nation’s total annual crude oil production. 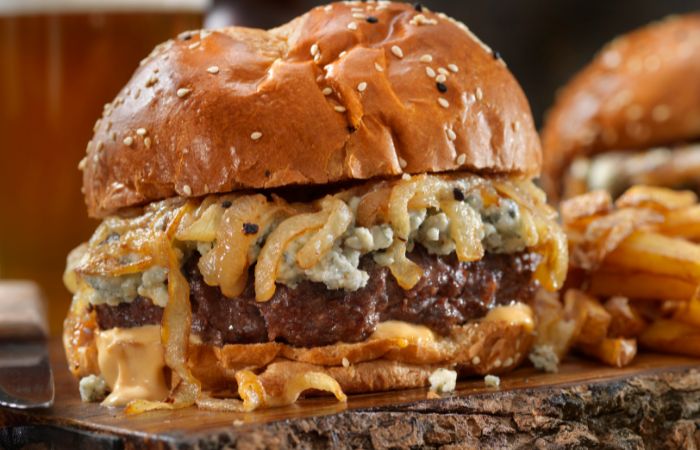 The Depression hit Oklahoma City hard. To make meat go further, Oklahoma short order cooks pressed thin beef patties against a pile of thinly-shredded onions and grilled them together. The ingredients were simple but the result tasted great. Because onions were cheaper than beef, using onions as extenders allowed many cafes to stay open amidst the depression.

Today Onion Burgers remain one of Oklahoma City’s signature foods and have been called a “national treasure” by Food & Wine Magazine.

Tucker’s Onion Burgers continues that Oklahoma City tradition with four Oklahoma City locations. After you stop by the Cowboy Museum, why not stop by Tucker’s for another historical Oklahoma experience? And if you want to drive about 30 minutes west, you can visit neighboring El Reno, the Fried Onion Burger Capital of the World. 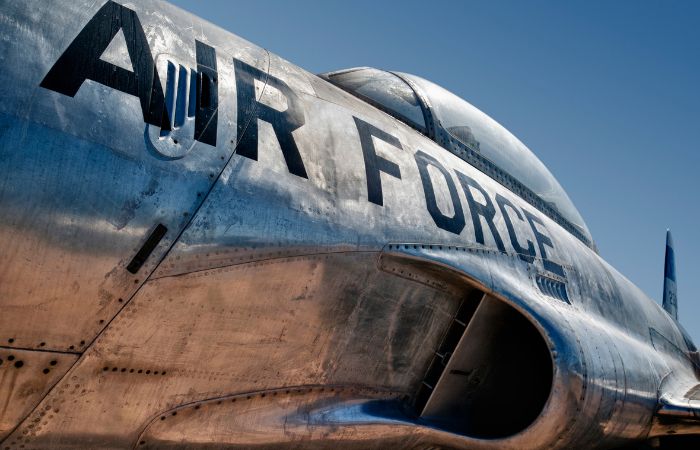 Tinker Air Force Base provides logistical support to missions worldwide. Knocking out Tinker AFB could cripple supply lines between battle lines and the home front. Tinker’s importance became a big problem in 1962 when the U.S. learned the Soviets were building short and medium-range missile sites in Cuba.

Thankfully, the Cuban Missile Crisis was settled by diplomacy. Had the dispute turned the Cold War hot, Oklahoma City almost certainly would have been hit with a Soviet nuclear warhead. 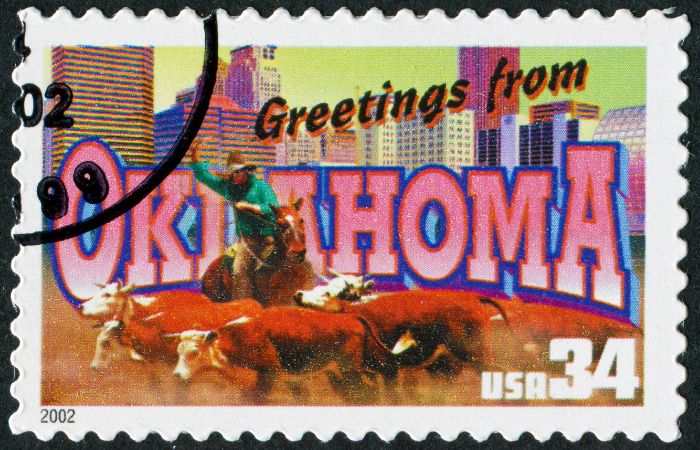 Cowboys aren’t as popular nowadays as they were in mid-century America. Oklahoma City’s National Cowboy and Western Heritage Museum aims to change that. Since its 1955 opening, the museum has welcomed over 10 million visitors to its 1700 Northeast 63rd Street location.

The National Cowboy and Western Heritage Museum collects, preserves, and exhibits Western art and artifacts and sponsors educational programs on the enduring legacy of the American West. Among its exhibits are major works by Frederic Remington and Native American art, old guns, and other Western memorabilia.

In 1958 many Oklahoma City businesses refused service to Blacks. On August 19, Clara Luper and her students walked into Katz Drug Store, ordered Cokes, sat down, and refused to get up. By August 21, Katz corporate management desegregated its drug stores in three states.

Luper, an NAACP Youth Council leader, organized sit-ins at other Oklahoma City lunch counters. It took a while, but the sit-ins continued for years, inspiring sit-ins throughout the South — and on college campuses!

Clara Luper would participate in many civil rights protests and continue teaching and working until her death in 2011. A new Clara Luper Civil Rights Center is in progress at the intersection of NE25 and Martin Luther King Avenue. 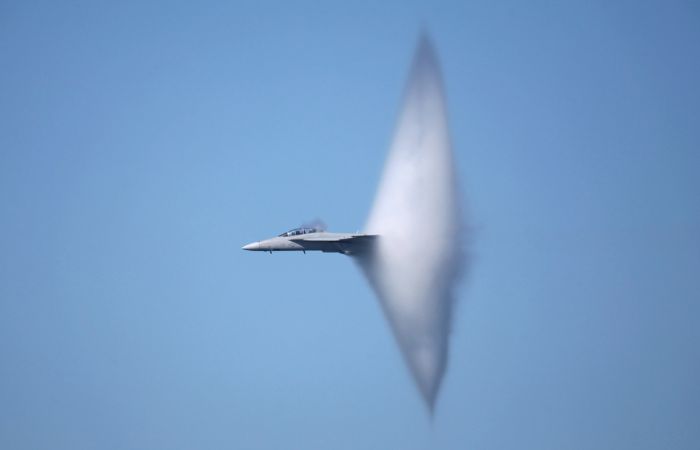 In 1964 America was on the threshold of supersonic passenger flights. There was only one obstacle standing in the way — sonic booms. And so, in 1964, the Federal Aviation Agency conducted a series of tests to measure the impact of sonic booms on Oklahoma City civilians.

At the end of the test, the FAA concluded that civilians could get used to regular sonic booms if given enough time. They underestimated Oklahoma City’s discontent. By 1973, federal law banned civil supersonic flights over land. 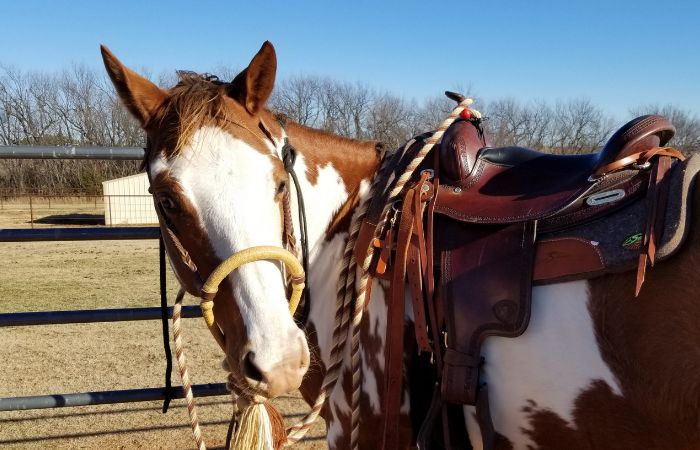 In 1981 Oklahoman journalist Covey Bean asked if Oklahoma City was “Horse Show Capital of the World?” Forty years later, Oklahoma City remains host to more equine events than any other city in the world. Horse shows and championships hosted in Oklahoma City include:

If you’re interested in visiting Oklahoma City for a horse show, you’re not alone. The Oklahoma Chamber of Commerce estimates the economic impact of all Oklahoma City horse shows exceeds $126.5 million each year. 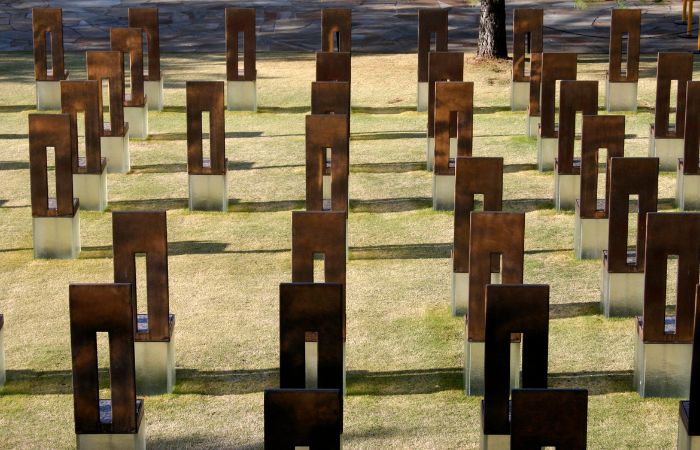 At 9:02 am on April 19, 1995 a rented Ryder truck packed with diesel fuel and agricultural fertilizer exploded outside the Alfred P. Murrah Federal Building in downtown Oklahoma City. When the smoke cleared much of the building was in ruins. 168 people were dead, including 19 children.

The Oklahoma City bombing remains the worst act of domestic terrorism in American history. Today the space where the Murrah Building once stood is now the Oklahoma City National Memorial. A field of empty chairs marks the lives lost. Oklahoma City also honors the slain and scarred with an annual Oklahoma City Memorial Marathon.

Check out Grace from the Rubble on Amazon for a heart wrenching true story of two people that were affected directly by the bombing.

Oklahoma City Has an NBA Team

Getting the Thunder to Oklahoma involved arbitration, lawsuits, and NBA intervention. The team move was considered one of the most controversial in sports history. But when they finally arrived, the Thunder found a welcoming home audience. Enthusiastic fans have earned Chesapeake Energy Arena, the Thunder’s home court, the nickname “Loud City.” 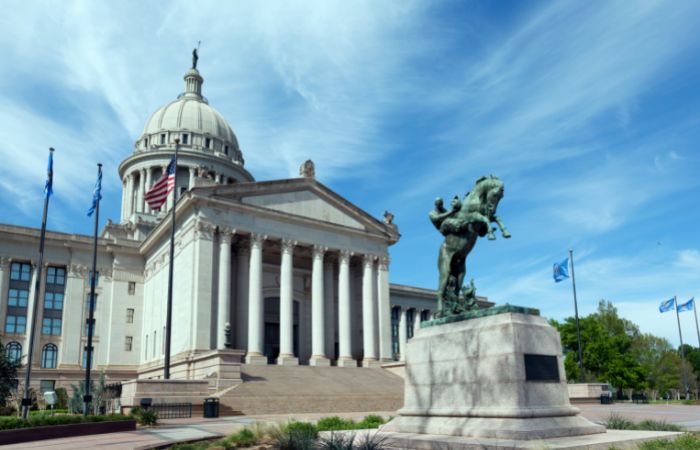 Oklahoma City might not be the first place you think of when planning a vacation — but there’s more to the city than you might suppose. Whether you’re a fan of horses, basketball, or onion burgers, chances are you’ll find something to like in Oklahoma City.