Top 19 Things Washington, DC is Known For & Famous For 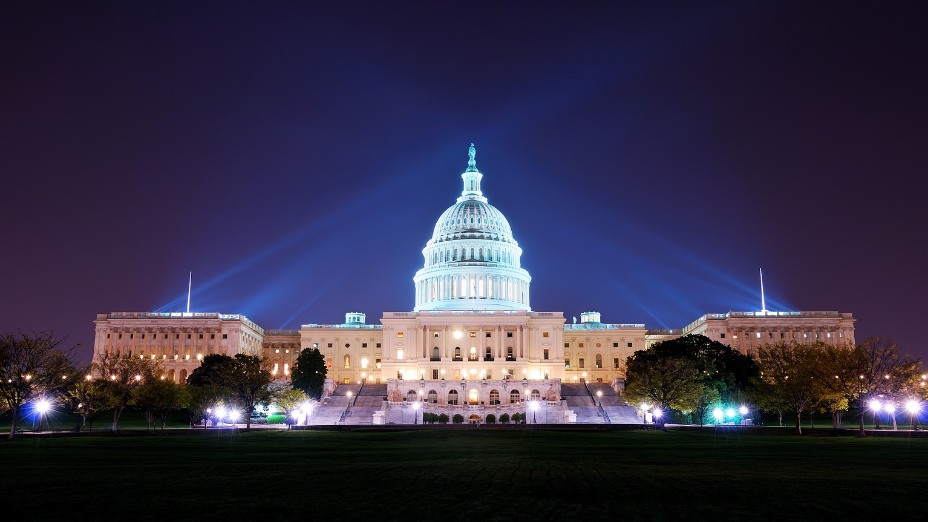 What Is Washington, DC Known For

Washington, DC is the capital of the United States. Named after founding father George Washington, it’s bordered by the states of Maryland and Virginia. While this might be interesting, what is the city really known for?

Washington, DC, is known for being the seat of the US federal government. As such, buildings such as the White House and the US Capitol are usually the “poster image” of the capital. Unfortunately, they were destroyed, but rebuilt, during the infamous “Burning of Washington.”

The city, which has strong masonic influences, is also popular for its museums, embassies, media outlets, and sports teams. Considered the wine-drinking capital of the US, DC is “infamous” for its lack of voting representation. Let’s take a closer look at this famous political capital. 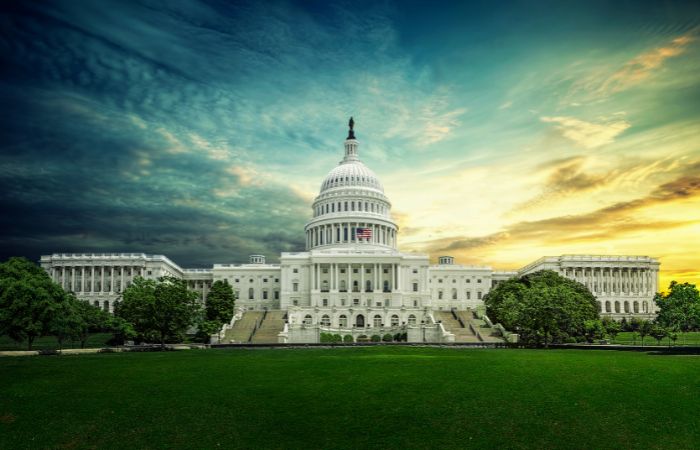 The Seat of the US Federal Government

Washington, DC is the home of the executive, legislative, and judicial branches of the American government. The executive branch is headed by the President, the head of state, head of government, and Commander-in-chief of the Armed Forces.

The legislative branch is composed of a bicameral congress, which comprises the House of Representatives and the U.S. Senate.

Last but not least is the judiciary, which the Supreme Court heads. According to Article III of the US constitution, it functions to explain and apply the laws in the country.

The capital wouldn’t be the governmental seat it is today without the Residence Act.

The law, which was passed in 1790, designated the site near the Potomac River as the permanent US capital, which is now known as Washington, DC. The Residence Act is a compromise between three significant figures:

Madison vowed not to object to laws requiring the government to assume the states’ debts in exchange for new capital.

The capital sits on the ancestral lands of Nacotchtank, also known as the Anacostans. Sadly, there’s no Nacotchtank lineage left, as most of them were killed, if not sold into slavery. The remaining survivors, who the Piscataway adopted, essentially lost their legacy and heritage. 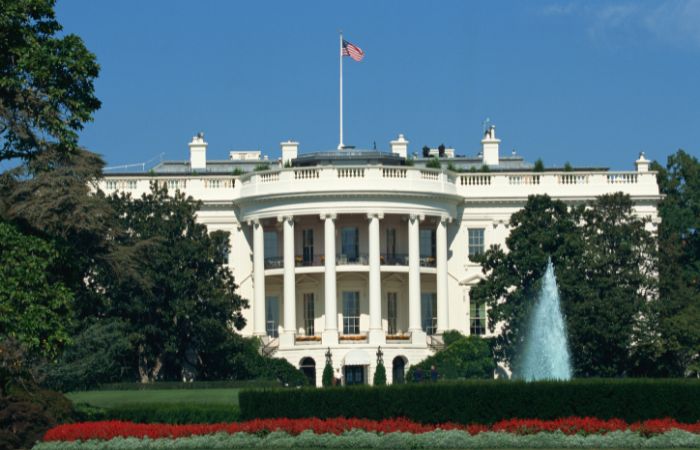 When one conjures images of Washington, DC, the first thing that often comes to mind is the White House.

After all, it symbolizes the US government, the President, and the American people. The executive mansion’s beginnings can be traced back to 1791 when President George Washington selected its site.

Irish architect James Hoban designed the president’s house. He re-designed it once again after a fire took it down in 1814. To date, all presidents since John Adams (from the year 1800) have occupied the 132-room White House.

Fun fact: President Theodore Roosevelt gave the mansion’s current name as the White House. It stems from the mansion’s lime-based whitewash, which helps protect the building from extreme DC temperatures. 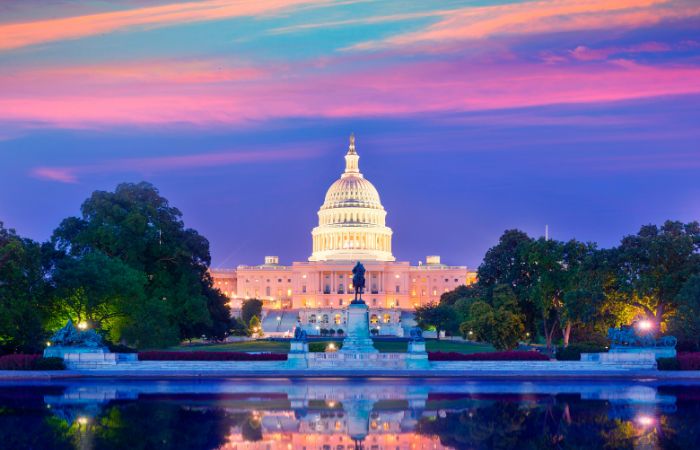 The US Capitol and the Insurrection That Followed

Located east of the National Mall  88’ (26.8 m) above the Potomac is the imposing Capitol Building. It’s the place where the Senate and House Representatives gather to “discuss, debate, and deliberate” laws and policies.

Apart from housing majestic rooms and legislative offices, the Capitol is also a museum that attracts more than 3 million tourists yearly.

Although the US Capitol symbolizes legislative power, it has been embroiled in controversy lately. Now, it’s more famous for the January 6, 2021 riot, which others brand as an “insurrection.”

The event resulted from thousands of Trump supporters storming into the building to stop Joe Biden’s certification. Sadly, the riots have taken five lives thus far. To date, 600 people have been arrested for their involvement.

The Burning of Washington

In 1812, the US Congress declared war on the British due to commercial restrictions, among many other things. While the US eventually triumphed two years later, it incurred significant losses.

Washington DC, which General Robert Ross captured in August of 1814, suffered the most.

For one, the British set fire to many government buildings, including the White House and the US Capitol. The latter almost burned to the ground if it were not for the rains that stemmed the fire.

The US Capitol repairs, on the other hand, took longer to complete. Its legislative sessions eventually reconvened when the building was finished in 1819. 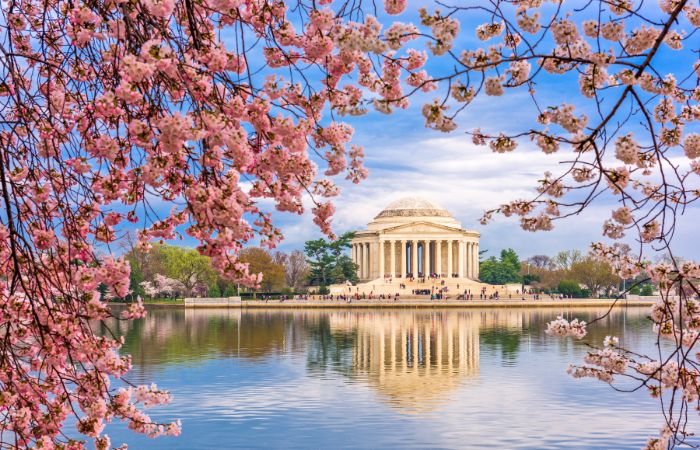 The National Mall and Memorial Parks

Washington, DC is almost synonymous with the National Mall, which is a vast swath of land bordered by the Lincoln Memorial and the US Capitol. It’s one of the most visited national parks, welcoming as many as 24 million visitors a year.

Apart from housing several museums, it also features many beautiful sights, such as the following: 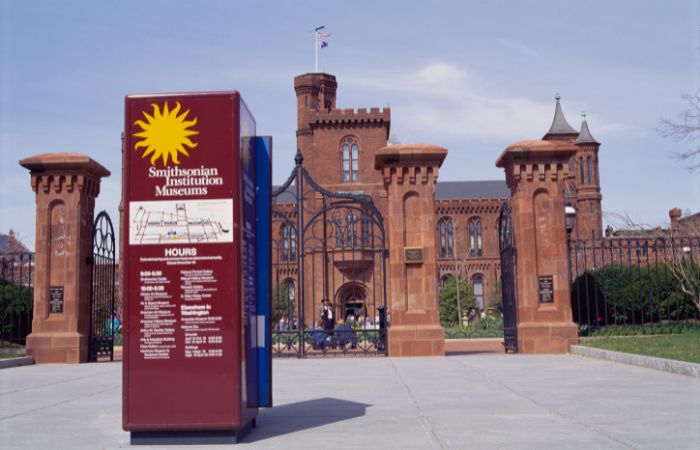 Washington, DC is a must-visit for any museum lover, as it’s home to 74 total museums. From science to history to art, there’s sure to be an exhibit that will cater to your curiosity. Let’s take a closer look at some of the city’s famous museums.

Also known as the “nation’s attic,” Smithsonian institutions carry 154 million items. The bulk of such items are in its free-of-charge museums, including the renowned National Air and Space Museum and National Museum of Natural History.

Other famous DC Smithsonian Institutions include:

The US is undoubtedly a hodgepodge of various ethnicities and cultures. This diversity is reflected in many of DC’s cultural museums, such as the:

If you’re a history buff, then you’ll have a ball in many of DC’s historical museums. While the Smithsonian historical institutions prove to be the more famous ones, there’s a lot more to visit.

They include the following:

From classical to modern art, you’ll find everything (and more) in Washington, DC. Outside the Smithsonian art institutions mentioned above, you’ll enjoy the exhibits of the following:

Just as historic as Washington, DC is, so are the houses-turned-museums in its vicinity. Here, you can find the abodes of prominent African-American Frederic Douglass, civil rights leader Mary McLeod Bethune, and former President Woodrow Wilson, to name a few.

Other historic houses in the DC area include the following:

For conspiracy theorists, and fans of Dan Brown books, Washington, DC is a hotbed of Masonic references.

And why not? The capital is home to 36 Freemason lodges, the George Washington Masonic National Memorial, and the Temple of the Scottish Rite. Add to that, the Founding Fathers (George Washington and Benjamin Franklin) and war generals are Freemasons.

DC architects, such as the White House’s James Hoban and the US Capitol’s Benjamin LaTrobe, were masons as well.

Unsurprisingly, the cornerstones of prominent buildings, such as the Smithsonian and the National Cathedral, involved Masonic rites. Even with the conspiracies surrounding these masons, there’s no denying that this brotherhood largely influenced the city’s sights. 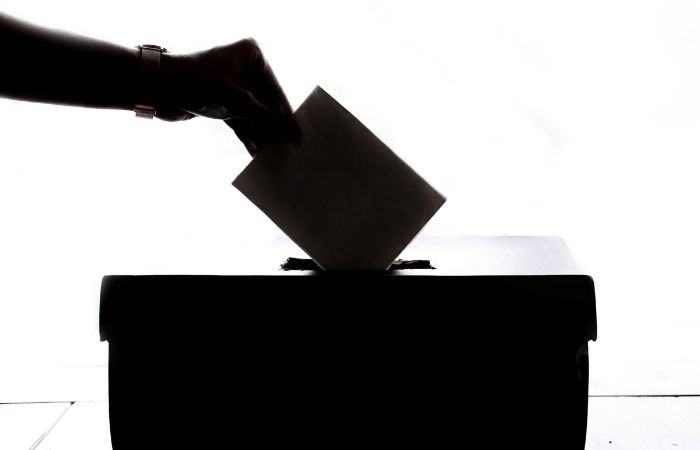 Ironic as it may seem, since DC is a non-state, it doesn’t have voting representation in the US Congress. Despite being the hub of legislative government, they can only send a non-voting delegate to the House of Representatives.

In other words, they can’t vote on proposed legislation. They do, however, have the right to participate in House functions.

Even with this limitation, the city still pays federal taxes. Guam and Puerto Rico, which also have non-voting representation, aren’t required to do so. In fact, Washington, DC has the highest federal taxes in the country, however, part of the reason for that is that the average income in DC is much higher.

This number eventually led to the capital’s unofficial motto, “Taxation without representation.”

Being the seat of government, Washington, DC is the natural choice for many foreign embassies. You can find 177 of them in the capital. Most are on Massachusetts Avenue, also known as Embassy Row.

Many of these embassies used to be estates and social clubs which were sold by their owners during the Great Depression.

Thanks to the construction of the British and Japanese Embassies in 1930 and 1931, there came an unprecedented demand for Embassy Row. Massachusetts Avenue eventually became the address of choice for many diplomatic missions.

Since it’s impossible for all missions to reside on Embassy Row, some have opted for the nearby neighborhoods. These include Kalorama, Adams Morgan, Downtown, Dupont Circle, and Georgetown. 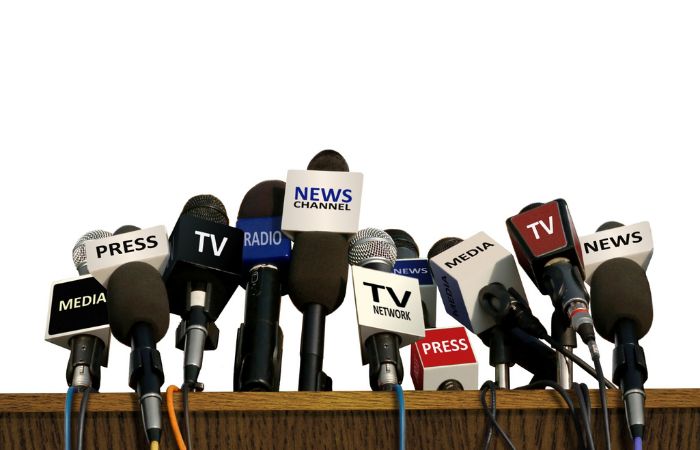 With the many events and happenings in Washington, DC, the city is a bastion for national and global media outlets. Here, you’ll find several companies, including National Public Radio, the National Geographic Channel, Discovery Communications, and Voice of America, to name a few.

DC serves as the base of prominent print media companies, such as the Washington Post. Founded in 1877, it’s the oldest paper in the district, and the most-read too. The “Post” has a long list of media accolades under its name, the most famous (or infamous) of which is the Watergate Scandal leak.

DC is also home to specialty papers, such as the: 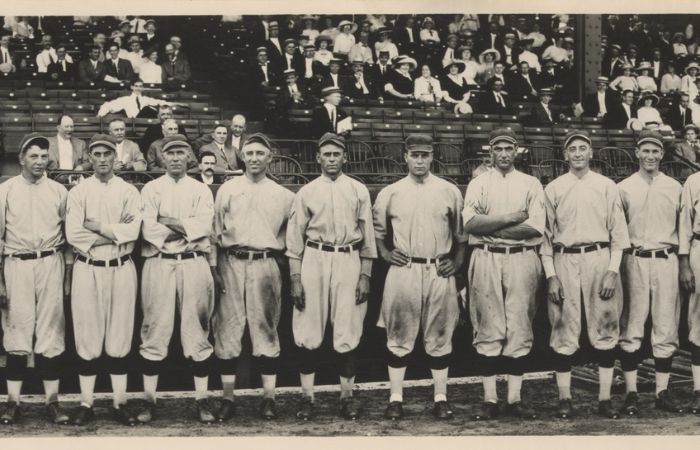 Washington, DC residents are sports fanatics, as it’s one of only 13 American cities to host four major men’s sports teams, which include:

DC also plays home to the Washington Mystics, one of the Women’s National Basketball Association teams.

Apart from these renowned sports teams, DC serves as the base of several athletic clubs, such as:

These teams aren’t the only ones who have garnered a wide following, though. DC’s collegiate sports teams are pretty popular as well. 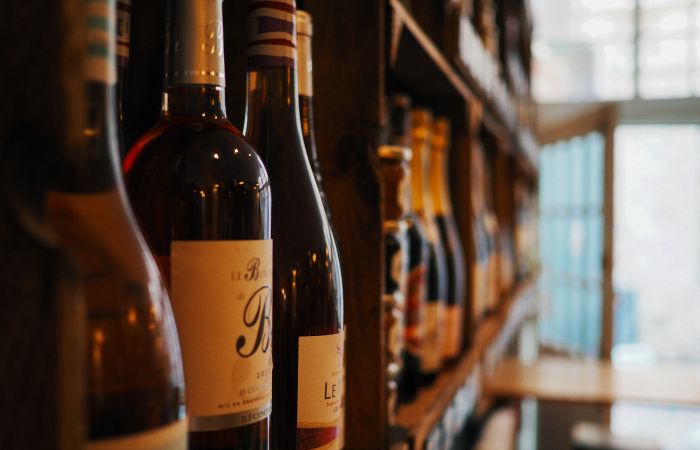 Unofficial Wine Capital of the US

Washington, DC is more than just the country’s capital. It’s the “wine capital” of the US as well. According to a Washington Post article, DC residents drink more than half a glass of wine per day, which is 25% more than the average.

DC residents seem to love hard alcohol, too, for it places third in the list (0.95 shots a day) after Utah and Delaware. 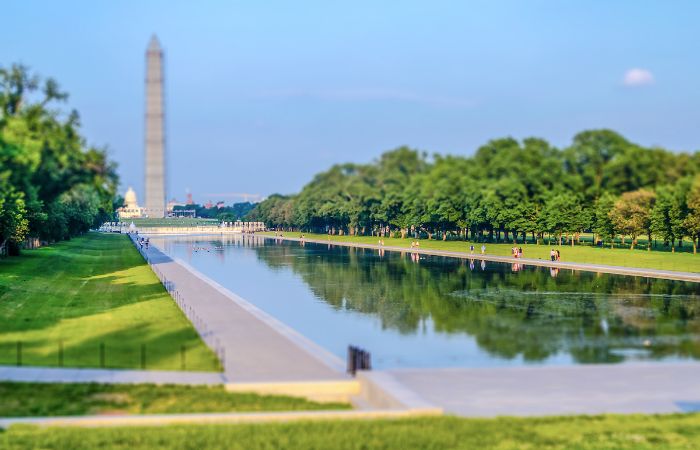 Washington, DC, is known for a lot of things, such as being the seat of the Federal government, as established by the Residence Act.  It’s widely famous for the White House and US Capitol Buildings, which were burned down during the War of 1812.

Currently, Washington, DC is a popular tourist attraction because of its 74 museums and masonic buildings. Despite being the home of numerous embassies, sports teams, and media outlets, DC is still working on its lack of voting representation.

If you’re planning a visit to Washington, DC be sure to check out Fodor’s guide to the city here.