10 Special Things Columbus, Ohio is Known For and Famous For 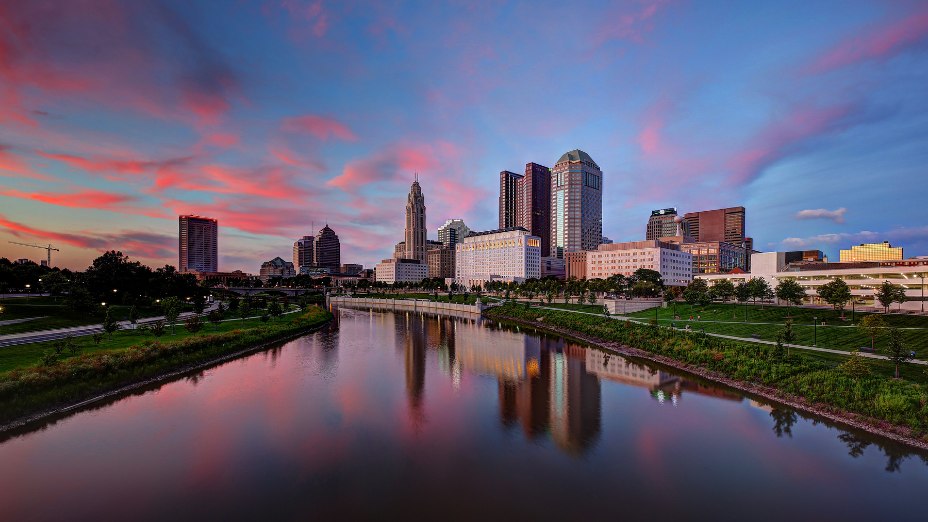 What Is Columbus, Ohio, Known For?

Columbus needs little introduction when it comes to fine living, but did you know it’s among the most economically developed states in the Midwest? In addition to being Ohio’s most populous city and the state capital, Columbus is also home to several world-class institutions. But besides its size and population, what else is the Discovery City known for?

Columbus, Ohio, is known for a number of historical sites, like the Ohio Statehouse. The state capital boasts a rich collection of museums and is home to the Museum of Art, Center for Science and Industry, and the highly regarded Scioto Mile, a collection of trails and parks along the Scioto River.

Looking to study, work or just visit Ohio’s state capital? If so, then you couldn’t be in a better place. Read on to learn more about Columbus city and some things that make it such a great place for people to visit.

Named for Christopher Columbus, the Arch City was initially planned to become a political hotspot back in 1812. Since then, it has grown into the 14th largest city in the United States.

Here are some of the places, features, and events that make Columbus, Ohio, famous: 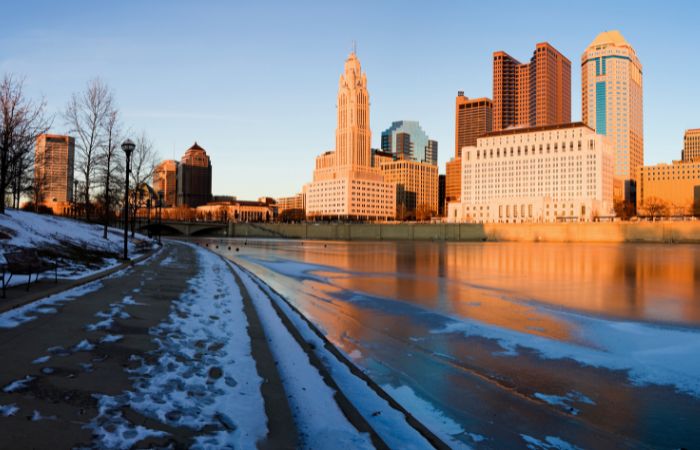 1. Rich History, Including the Ohio Statehouse

Columbus traces its history back to the days of the American Civil War and was home to Camp Chase, a military training and staging camp that was vital throughout the war. Due to its relevance to both Ohio’s and the country’s history, Camp Chase is included in the National Register of Historic Places.

While Camp Chase was closed after the war and later on redeveloped for commercial and residential use, the Camp Chase Confederate Cemetery still remains up to date and contains over 2,000 graves of Confederates.

Columbus is also home to the Ohio Statehouse, one of the oldest statehouses in the country. In addition to functioning as the governor’s office, the Ohio Statehouse also operates as a museum and is among the most visited places in Columbus county.

Besides its rich history, Columbus is also known for its diverse museums. From science to art, sports, science, and history, there is a wide collection of museums guaranteed to meet the needs of people with different tastes and preferences.

The superb collection of diverse museums in Columbus make it a solid heritage city, and thereby one of the best places for tourists and Ohio residents to visit.

One of the most popular museums in the city is the Columbus Museum of Art that, as the name suggests, specializes in historical and contemporary art. In addition to preserving timeless pieces from renowned artists like Picasso, the museum is also home to famous pieces by artists like Amina Robinson and Elijah Pierce.

Center of Science and Industry

Another well-known museum in Columbus, Ohio, is the Center of Science and Industry, better known as COSI that boasts some of the state’s biggest attractions, such as:

The COSI is also a popular venue for community and family events that occur throughout the year.

Columbus is also home to the Wagner-Hagans Auto Museum, a hidden treasure for car enthusiasts worldwide. You can expect to find some amazing pieces in the museum, from pre-war jeeps (military), unique license plates, ancient gas pumps, and fascinating prototype cars.

Another popular museum in the city is the Ohio History Center, the primary museum for the state’s history.

The museum also doubles up as the offices, library, and headquarters of the Ohio History Connection, which houses the state’s archives. Founded in 1885, they aim to preserve and explore all of Ohio’s incredible history for future generations.

Otherworld is another popular attraction in Columbus aimed at providing guests with an immersive experience through interactive tech, sets, engaging narratives, and large-scale props.

Over the years, Otherworld has become increasingly popular among locals and tourists alike, helping establish Columbus as a legitimate tech hub in the state. 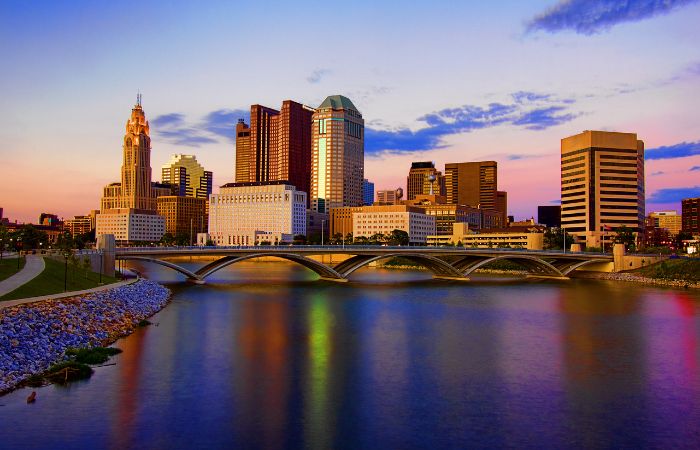 The Scioto Mile comprises over 175 acres (708,200 square meters) of parkland that stretches from the Arena District to the Whittier Peninsula. The integrated system of bikeways, pedestrian paths, boulevards, and parks connect to the Scioto River, giving residents and tourists an unmatched experience.

Boasting an abundance of green spaces and municipal parks allows you to enjoy the city’s finest offerings, such as :

Below is a list of the world-class parks the Scioto Mile has to offer.

For all the best hikes in and around Columbus, check out this book on Amazon! 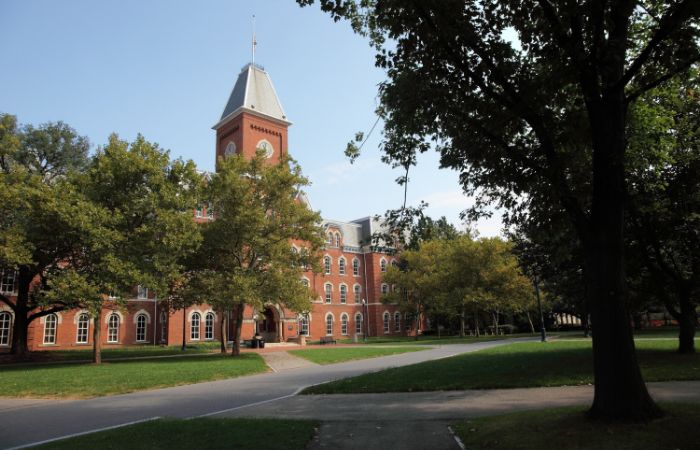 Columbus is home to the world-renown Ohio State University (OSU), which is widely viewed to be among the largest in the country in terms of student enrollment. Besides its quality courses, the university is also known for its varsity teams, with its football program being among the highest valuations in the country.

OSU is one of the most valuable institutions in Columbus with over 900 student organizations and is beloved by locals due to its high level of performance not only in academics but in other fields as well.

The university has played a huge role in the growth and diversity of Columbus, with OSU being among the most diverse academic institutions in the Midwest.

The Ohio State University Medical Center has consistently featured in the Americas’ Best Hospitals list for over 20 years, thus explaining its usual inclusion in the Honor Roll of the U.S News & World Report. 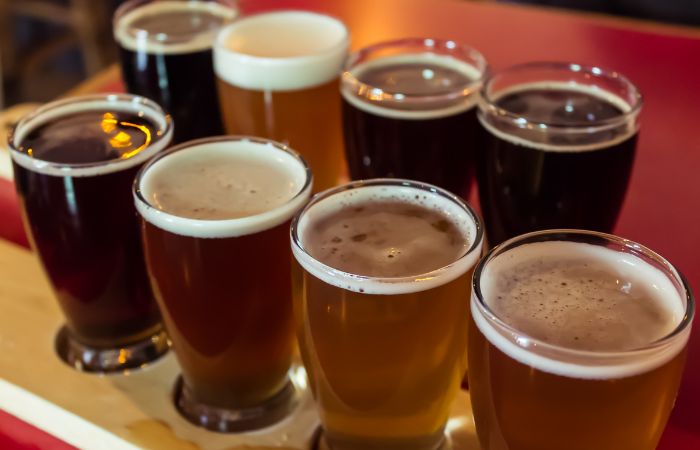 Out of Ohio’s 290 breweries, over 40 come from Columbus, making it a great Midwestern hub for night owls and lovers of evening and night entertainment.

The Columbus Ale Trail needs no introduction to the city’s residents and tourists, especially those looking to unwind after a long day. The trail boasts over 50 local breweries and with the free passport (available at participating locations), guests can even earn prizes along the way.

Lovers of alcoholic drinks can take advantage of the diverse craft breweries that have redefined the state capital’s beer scene over the past couple of years. Some of the popular breweries in the Ale Trail include:

There is also an abundance of distilleries in Columbus, Ohio, with most whipping up delicious meals to accompany their adventurous drinks. Some of the notable distilleries in the city are the Watershed Kitchen & Bar and the Middle West Spirit’s Service Bar.

Commonly referred to as the Headquarters’ City, Columbus is known to be home to several Fortune 500 corporations, including:

Business owners cite Columbus’ great economic climate as the main reason behind their preference for Headquarter’s City. Moreover, Columbus is also preferred due to its close proximity to other financial hubs in the Midwest.

Columbus is also among the most diverse cities in the US when it comes to economic variety. The state capital’s strong market is based on a wide range of sectors, such as:

The extensive variety of industries in Columbus makes it a popular option among entrepreneurs, which explains its rapid population increase over the years. And although Forbes claims that Columbus’ boom won’t last long, the city remains one of the most attractive economic hubs in the state and the Midwestern region. 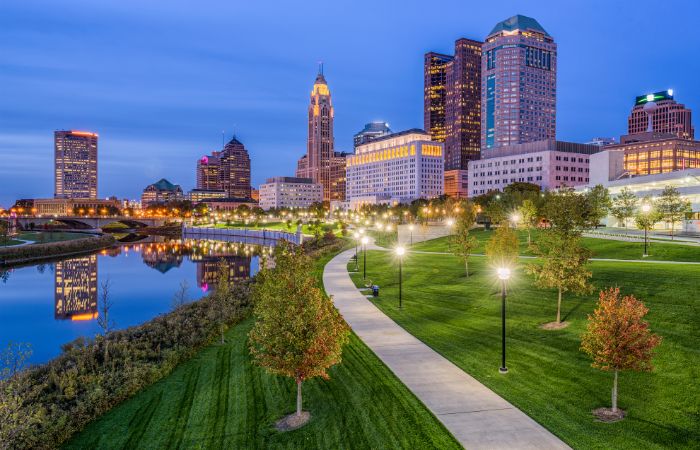 From holding annual Taco Festivals to making some of the best pizza, Columbus, Ohio, is a haven for foodies and continues to cement its reputation as one of the best cities to try out different recipes.

The sight of food trucks is common when the Columbus Commons comes to life during lunchtime. You can also shop from the several bakeries and restaurants in Columbus’ historic North Market, which also houses outdoor farmers on Saturdays.

Other notable food establishments in Columbus include

However, one of the most famous restaurants, built and owned by a local, is Guy Fieri’s Flavortown Kitchen. Born and raised just outside of Columbus, Fieri – a beloved Food Network star of shows such as Diners, Drive-Ins, and Dives – is known for his delicious and spicy dishes.

In fact, there is currently a petition circulating calling for the state government to change the name of Columbus, Ohio, to Flavortown.

It is hard to talk about Columbus without mentioning the aesthetically appealing German Village. Characterized by its leafy streets and delightful architecture, the village was built by German settlers way back in the 1800s and still maintains its unique atmosphere, making it a must-visit location for Columbus-bound tourists.

The German Village is packed with several restaurants, food joints, and stores. The Book Loft, is a popular 32-room store featuring books, board games, greeting cards, and a huge variety of posters.

Some other must-see spots include: 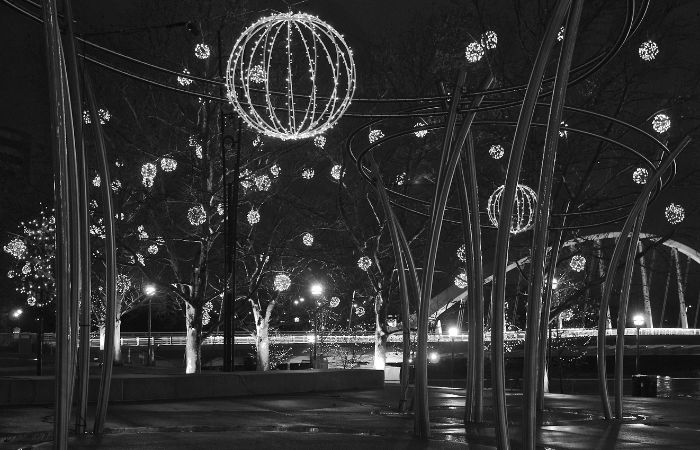 Besides its scenic parks, corporate influence, and historical monuments, Columbus is also known for its extensive involvement (and influence) in sports:

Due to its massive influence in various sports, Columbus is often viewed as Ohio’s sporting center and often comes to life during tournaments. Sports lovers are guaranteed to enjoy their time in Columbus, mainly since the city is celebrated for its top-performing teams and world-class facilities like the Huntington Park baseball stadium.

Lastly, Columbus, Ohio, is known for its fairs and festivals, with events like the Ohio State Fair being among the largest in the US.

Other notable fairs include:

The abundance of fairs and festivals has helped Columbus establish itself as one of the best places for revelers and free spirits. The variety of celebrations from the Restaurant Week Columbus to the Red, White & Boom, as well as the Asian Festival, have played a vital role in the transformation of Columbus into a modern-day social and economic hub. 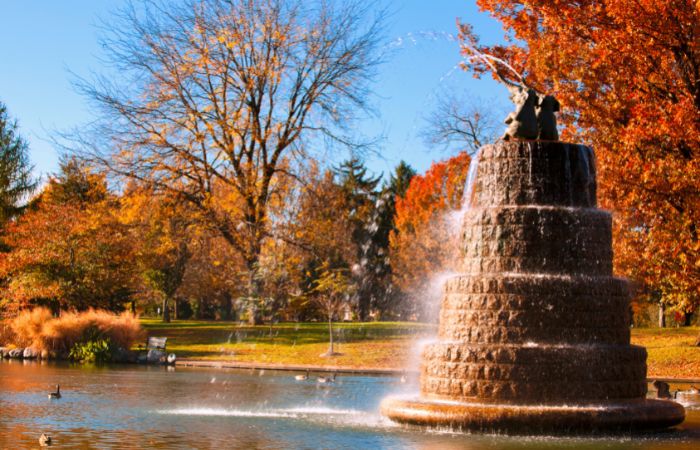 Besides being the state capital of Ohio, Columbus is also known for many other reasons, including the Scioto Mile, the Ohio State University, and a wide variety of science, historical and contemporary museums.

In addition to being the headquarters of several fortune 500 companies, Columbus is known for its various fairs and festivals, which, before Covid 19, were attended in large numbers. The city also boasts some of the best food and beverage joints not only in the state but also in the midwestern region.

If you’re planning trip to Columbus this book on Amazon has all the spots you MUST check out!