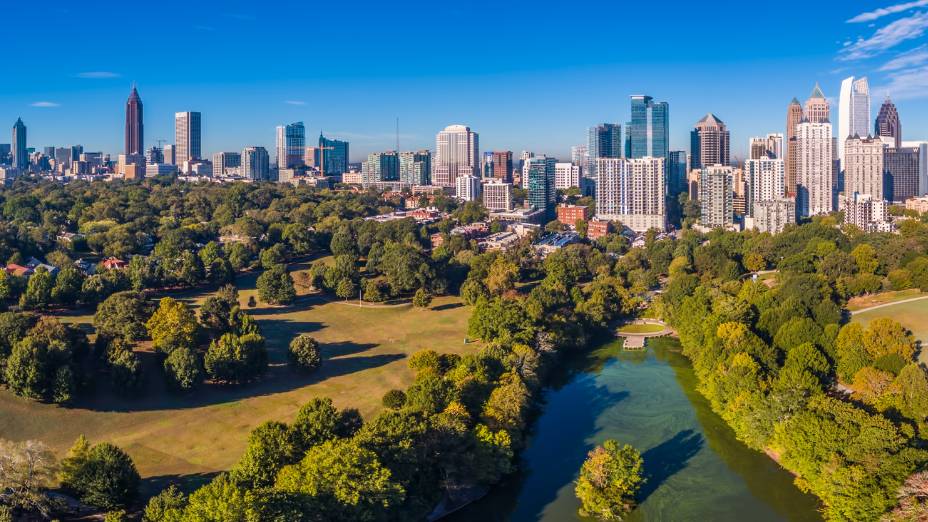 What Is Atlanta, Georgia Known and Famous For?

Georgia’s capital city, Atlanta, has been home to an abundance of historical events that shaped the city, the state, and the United States. Over the years, the city has become an international hub for travel, the arts, sports, shopping, and cuisine.

Atlanta is known for its rich history, including its role in the Civil War and the Civil Rights Movement. The city is renowned for its culture, art, music, diversity, and shopping. It’s the birthplace of Martin Luther King Jr. and has three sports teams: Braves (MLB), Hawks (NBA), and Falcons (NFL).

The bustling city is more than its glimmering skyline and lush, flowering magnolias. From being burned down during the Civil War to becoming the heartbeat of the Civil Rights Movement, Atlanta is a city that has literally risen from the ashes. Read on to learn more about Atlanta and its Southern traditions. 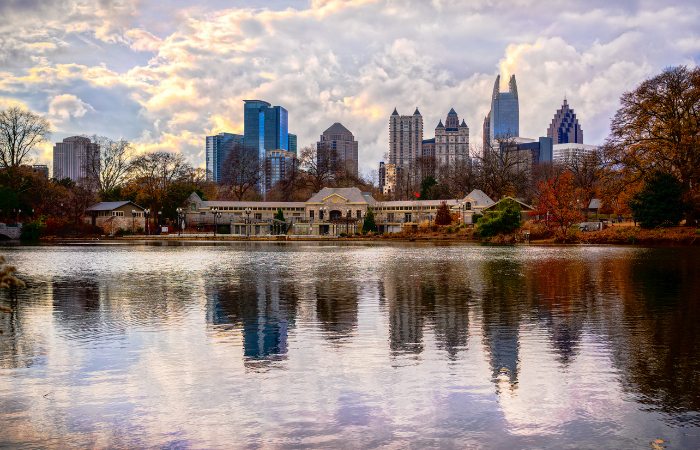 Atlanta Has a Deep History

Today, Atlanta is known for its robust economy, but the city has gone through some significant hurdles to get where it is today. Its unique history and heritage have molded the city for over a hundred years.

Founded in 1837 as “Terminus,” Atlanta was a major railway center for Georgia. In 1845, the city was renamed Atlanta after the Western and Atlantic railway that ran through it. Its location made it a major hub for the Confederate Army and its military operations during the Civil War.

Involvement in the Civil War

Atlanta’s role in the Civil War as a center for Confederate military operations made it a target for the Union Army. In 1864, General William Tecumseh Sherman burnt the city on his “March To The Sea.” The Confederate Army in Atlanta surrendered in 1865.

At this time, only 400 buildings remained standing out of the original 3,600. During the Reconstruction era, Atlanta was rebuilt from the ground up. As a result of the war, Atlanta was changed politically, economically, and socially. 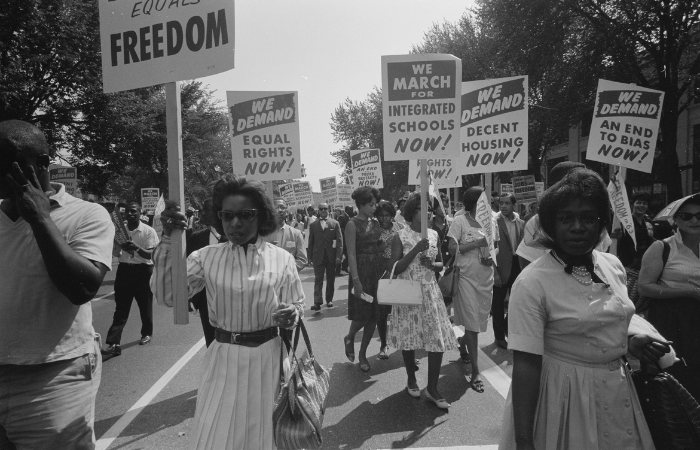 Over fifty years after the Reconstruction period ended, Atlanta became the birthplace of Martin Luther King, Jr. King Jr. went on to lead the Civil Rights Movement in the United States. In the 1960s, King, Jr. and students from local colleges hosted a sit-in at several Atlanta stores. Dr. King and several students went to jail. National media outlets shared the story, and eventually, the news made its way to John F. Kennedy, who was then a presidential candidate.

Atlanta became known as the “cradle of the Civil Rights Movement,” and for a good reason. Many other key leaders and organizations involved in the Civil Rights Movement called Atlanta “home.” Today, you can visit the Martin Luther King, Jr. National Historic Site and the National Center for Civil and Human Rights in the city. The city is also home to the largest number of historically Black colleges and universities. 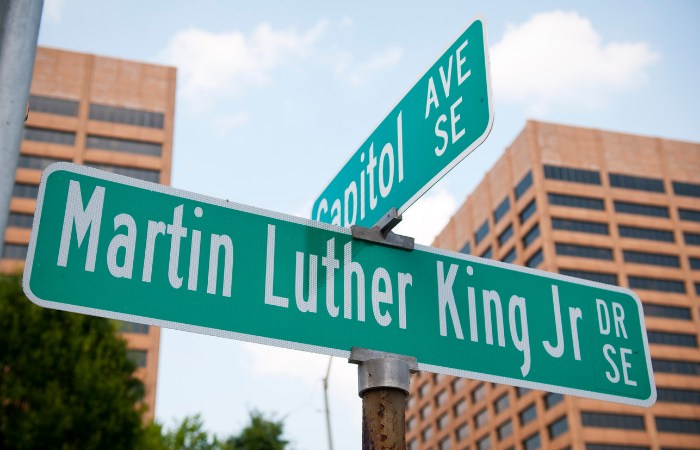 The City Has an Untouchable Art & Music Scene

Thanks to its diverse art and music scene, the city draws in visitors from all over the world. Its talented street artists have lined the city streets with breathtaking murals and spray art. The urban art force isn’t limited to street art, however. Atlanta is home to art galleries and museums, including the High Museum of Art.

Dozens of television shows are based in ATL, including Love & Hip-Hop Atlanta, Real Housewives of Atlanta, Say Yes To The Dress: Bridesmaids, and dozens of others.

Many Atlanta residents are celebrities, including Steve Harvey and Alton Brown. Harvey hosts Family Feud, a family-friendly TV show, and the Atlantic Civic Center hosted the 2011-2012 season. Brown, the host of Good Eats (which films in the city), is also an Atlanta local.

Beyond art, museums, and shows, Atlanta holds the key to many concert halls. Atlanta has an incredible music scene, with many successful musicians getting their start here. The New York Times called Atlanta “hip-hop’s center of gravity.” This name is well-deserved, considering that many prominent hip-hop musicians have come out of ATL, including Ludacris, Usher, India Arie, and Ciara.

Hip-hop isn’t all that Atlanta’s music scene has to offer. Famous jazz musicians, including Mary Lou Williams, Joe Williams, and Joey “Papa J” Somerville, call Atlanta home. You can still find live jazz music at a few clubs in the city, including The Velvet Note and Café 290.

ATL Is Heavily Involved in Sports

When it comes to entertainment, Atlanta has more than just art and music. The city is home to many major league sports teams, including:

Atlanta’s colorful history includes a rich sports history. In 1892, ATL hosted the second intercollegiate football game. The oldest NCAA Division I football stadium was the oldest in the United States, built in 1913.

The Mercedes Benz Stadium, home to the Atlanta Falcons, is located in the heart of downtown. Atlanta is also home to the College Football Hall of Fame.

The Food Scene Is Diverse

Atlanta’s culinary scene is diverse and full of innovative cuisine. Its nationally renowned food scene is famous for its world-class restaurants, foodie culture, and international flavors.

The cuisine of Atlanta is as unique as they come. There’s fine dining, ethnic eateries, and traditional Southern restaurants. Several restaurant districts dot the area, including Buckhead, Virginia-Highland, and the Luckie-Marietta District downtown.

Many Atlanta restaurants have received praise for their originality and flavors. Empire State South and Miller Union were both mentioned in the New York Times, saying that they reflected “a new kind of sophisticated Southern sensibility” and that “Atlanta chefs continue to explore ways to mix technique and trend with country foods.”

Chick-fil-A, Waffle House, and Applebee’s all got their start in Atlanta, Georgia. 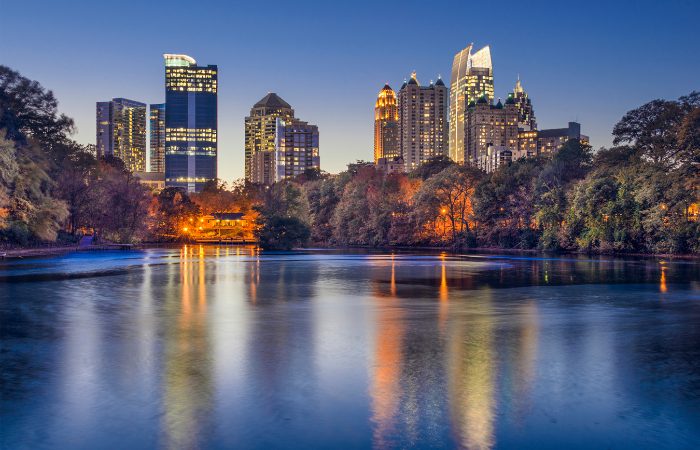 The City Is a Melting Pot of People and Cultures

Because of its location, Atlanta is a prime spot for tourists and travelers from all over the world and an international hub for health care, business, arts, and culture. The Hartsfield-Jackson International Airport is the busiest in the world, sitting on over 4,700 acres.

With convenient travel accommodations right in the heart of the city, it’s no wonder that one in ten people in metro Atlanta is born outside of the United States. Atlanta is a melting pot of different people and cultures. There are many distinct neighborhoods and over 1,000 places of worship, including churches, synagogues, mosques, and temples.

Immigrant communities have shaped Atlanta’s economy and culture for decades. From 2000 to 2010, Atlanta’s Hispanic population grew by 72%. In 2010, Atlanta was 10.2% Hispanic. The Asian American population has also increased dramatically, making up 5.1% of the people in 2010. It’s safe to say that ethnic diversity is strong in metro Atlanta.

Shopping in Atlanta isn’t without options. People from all over the globe visit ATL for its variety of shopping districts. From the latest fashions to vintage pieces, the city has something for everyone.

At Lenox Square Mall, you might be able to spot your favorite celebrity. With over 250 stores, Lenox Mall is one of the top-ranking malls in Atlanta. There, shoppers find upscale goods and first-rate dining. Lenox Square Mall has everything you need, from clothing and home goods to pet shops and jewelry stores.

Atlanta’s diverse neighborhoods make it easy to find unique shopping opportunities unlike anywhere else. From small bookstores to colossal department stores, Atlanta has everything you need and more when it comes to your shopping needs. 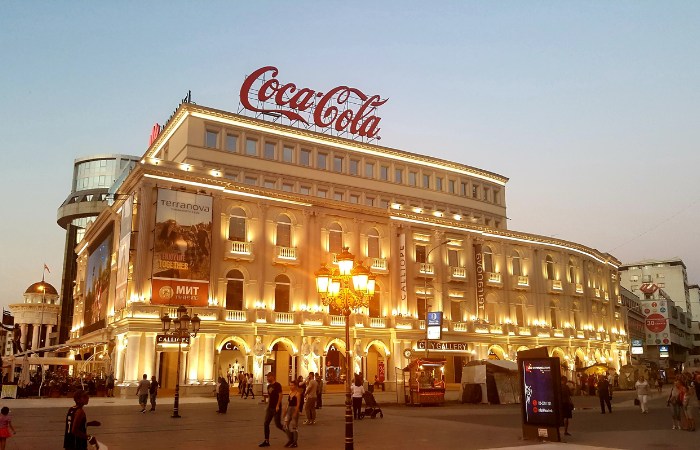 The Atlanta Economy Is Booming

ATL is a central hub for businesses, professional services, transportation, hospitality, and IT. In the United States, it’s the 10th largest economy and the 18th largest economy globally. The Coca-Cola Company and the Center for Disease Control are both headquartered here.

Metro Atlanta is home to over ten Fortune 500 company headquarters. The city continues to draw in new businesses which benefit its economy and, in turn, its citizens. You can tell that business in Atlanta is booming by viewing the ever-changing skyline. New skyscrapers appear on what seems like a regular basis.

Atlanta is Known As the “City in a Forest”

Atlanta has been referred to as the “city in a forest” because of its abundant tree cover. In 2008, Atlanta had a tree coverage of 47.9%. The large canopy that covers much of its area is dense and spreads into the suburbs. The streets are lined with sprawling magnolias and towering oaks, making it a natural oasis within a big city.

National Geographic referred to Atlanta as a “place of a lifetime” because of its tree coverage. It’s lush with magnolias, dogwoods, pines, and gigantic oaks. In some areas, the city appears to be a blooming green park amidst skyscrapers instead of the other way around. Every year, Atlanta hosts the Dogwood Festival. This arts festival is held in April when the native dogwood trees are in full bloom.

The greenery surrounding the city makes Atlanta the ideal place for parks. It’s home to over 3,000 acres of parks that feature canopied paths, basketball courts, tennis courts, fields, and playgrounds. The trees provide both shade and a natural filtration system for air pollutants. The shade cools the sidewalks and building, which is beneficial considering Atlanta’s subtropical hot and humid climate.

Atlanta is also home to Trees Atlanta, a non-profit organization founded in 1985. This organization has planted and distributed over 140,000 shade trees throughout the city.

Speaking of trees, Atlanta is also known for its tree-related street names. Within Atlanta city limits, there are 15 streets named “Peachtree.” If you need to travel somewhere in ATL, chances are, you’ll travel down a road with this name. 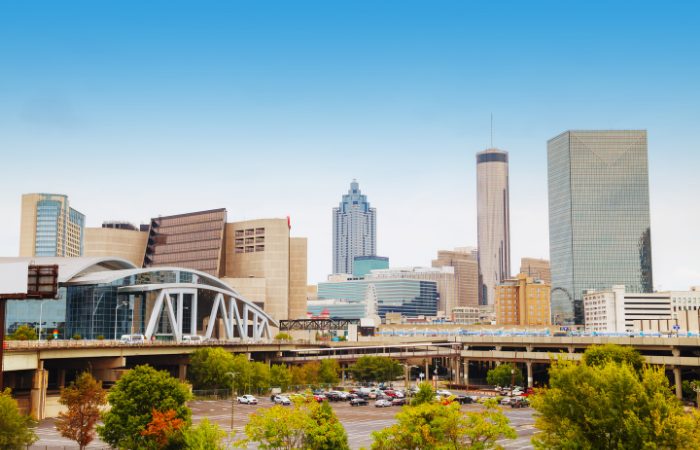 “Gone With the Wind” Takes Place in Atlanta

Margaret Mitchell’s classic novel, “Gone With The Wind,” is a Pulitzer prize-winning book that details the struggles of Scarlett O’Hara as she comes of age in Atlanta during the Civil War and the Reconstruction era. For generations, Mitchell’s harrowing fictional tale has changed how the world looks at Atlanta and its history.

The city of Atlanta has benefited from the success of both the novel and the film. Every year, tourists come from all over to view historic locations related to “Gone With The Wind,” including the Margaret Mitchell house. This brick building was once home to Margaret Mitchell and is where she wrote most of her classic novel. Today, the building is a museum where visitors can take a tour and learn more about the book and Mitchell’s life.

The Atlanta-Fulton Central Library showcases Mitchell’s Remington typewriter that she used to write the novel. Some reference books that she used to fact-check her story are part of the library’s unique collection.

In 1949, Mitchell went to the movies with her husband and was killed by a vehicle on Peachtree Street. Her body rests at Oakland Cemetery, a historic burial site boasting spectacular views of Atlanta’s shimmering skyline. Oakland Cemetery is also the final resting place of over 6,000 Confederate soldiers and African-Americans dating back to slavery.

While Atlanta is known for its colorful history, gleaming skyscrapers, tree-lined streets, innovative flavors, diverse neighborhoods, and colorful history, its most valuable asset is its people’s strength and resilience. Like a phoenix rises from the ashes, Atlanta has flown to incredible heights despite its hardships. From the Civil War to the Civil Rights Movement, Atlanta has shaped the nation and continues to do so today.