Top 22 Things Honolulu is Known For & Famous For 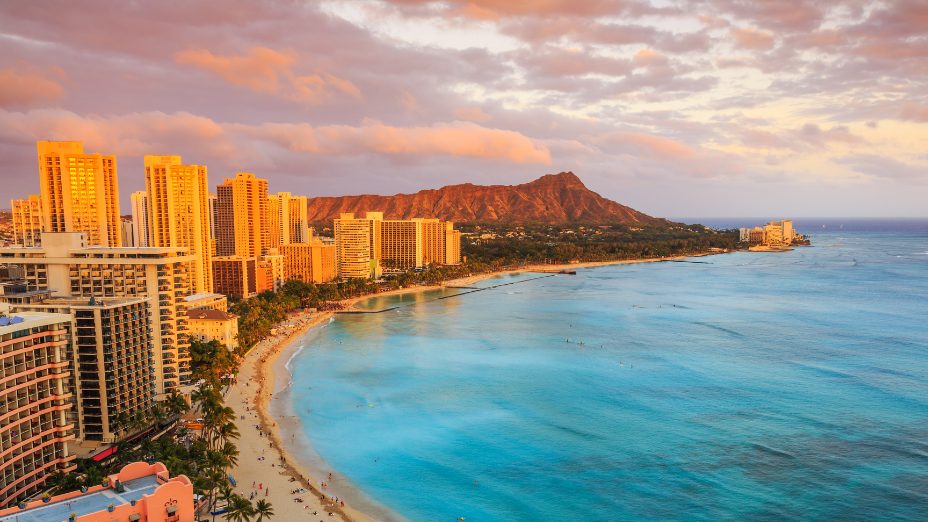 What Is Honolulu Known For?

Besides being Hawaii‘s capital city, Honolulu is a treasure trove of American history and tourist activity. It’s one of the most beautiful of the Hawaiian islands and is described as paradise by many. It’s also one of the most remote cities globally; however, there’s still no shortage of things to do, food to eat, or new adventures to explore.

Honolulu is known for being Hawaii’s gateway to the world, best known for its tropical climate, fantastic surfing destinations, paradise-like scenery, and golden beaches. For Americans, Honolulu is best known for Pearl Harbor, volcanos, tourism, and romance.

Read on to learn more about what Honolulu is known for and which places you should visit when you arrive, including: 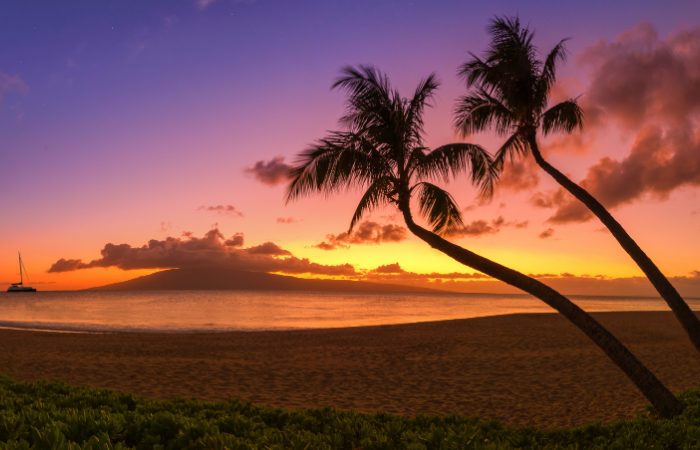 Honolulu is on the island of Oahu, known throughout the world for its picturesque beaches. Many tourists may not know that each beach in Hawaii has its own claim to fame and purpose, so there’s a beach for everyone and every activity.

Waikiki Beach is one of the most recognizable beaches in the world. The picturesque setting with aqua blue water, inviting golden sand, and surrounding mountains make Waikiki Beach the ideal backdrop for any photoshoot. It also has gentle waves and is staffed with lifeguards, making it safer for children and beginner surfers.

It’s also just feet away from hotels and shopping. Few people visit Hawaii without spending at least one day on Waikiki Beach.

Because this area is best known for hiking and spectacular views, Diamond Head Beach is sometimes overlooked by tourists. Locals know it as a popular site for surfers, but it also has tidepools for children to splash in. Though it’s not a good place for swimming due to rocks, it’s an exceptional place for taking pictures and watching surfers catch big waves. 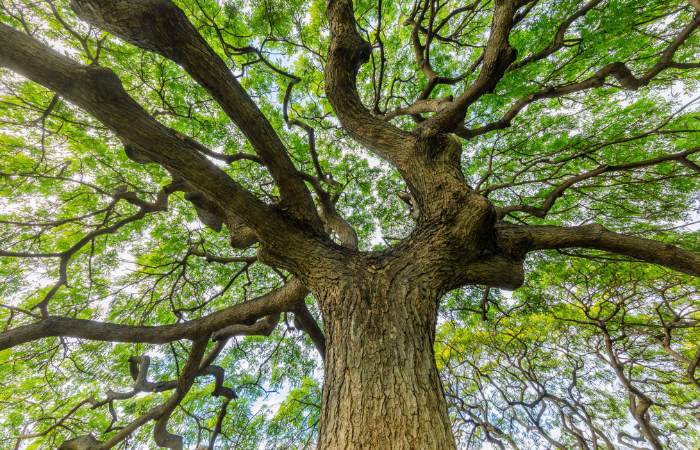 Hanauma Bay Nature Preserve is shaped like a wine glass and just a 30-minute drive from Honolulu. Due to the fragile ecosystem, the park has a daily limit of 720 visitors, and there’s an entry fee. It’s unique because, as a Preserve, it’s undeveloped, so the rugged beauty is what tourists come to see.

This beach is a popular place for snorkeling because there’s a coral reef very close to shore, and there are over 400 species of fish in the bay. Food is available at the park’s entrance, and snorkeling lessons and gear are available on site.

Ko Olina is another artificial beach that’s about a thirty-minute drive from Honolulu. The resort created the beach, but it doesn’t have an unnatural look or feel. With white sand and blue water, the gentle waves make this a perfect beach for families with children. It’s also convenient for families because it has several restaurants, public restrooms, and outdoor showers.

Magic Island is an artificial lagoon close to downtown Honolulu. The beach is perfect for families with children, and the calm waters combined with the golden sand invite families to spend the day playing in the sun. There’s also a small wooded picnic area that families can use.

Lanikai is the perfect beach for taking pictures. It’s small and secluded, only a mile long, but well worth the 35-minute drive there. Couples particularly enjoy this exotic beach; however, as more people have learned of it, it has become a rather busy location because of its photogenic acclaim. Still, it may take some effort, but with patience, you’re sure to be able to get a selfie with your partner on this “deserted island.” 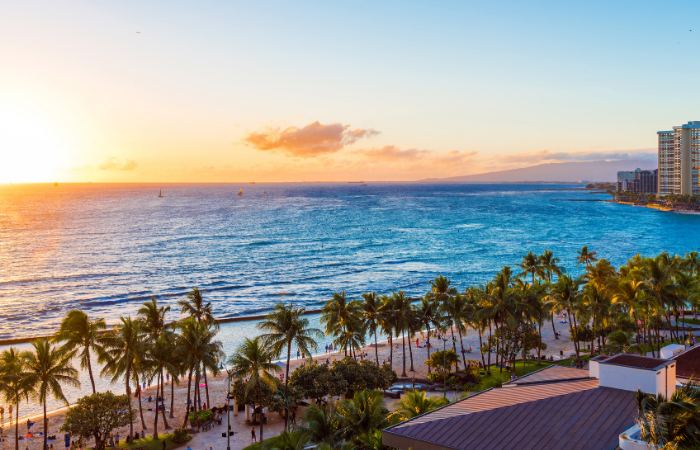 Families can spend the entire day on this beach. Like Waikiki beach, it has shops and restaurants, is equipped with lifeguards, and although it’s about an hour’s drive from Honolulu, it, too, is worth the drive. Its claim to fame is for the surfing community because it’s windier, which helps create waves that allow surfers to prove their skills.

There are restrooms and showers for public use, making it easy to spend the entire day here. And, of course, the photo ops are phenomenal.

Kahala is another secluded beach that many couples enjoy. It has hotels, shopping, and dining spots, but it’s most known for its shallow water and swaying palm trees. With a peninsula of palm trees and mountains in the background, you could create your own postcard or wall art to share with your memories with family and friends.

Known as China Walls, this volcanic rock area provides a place for experienced surfers and thrill-seeking cliff jumpers. However, most tourists who go to this beach go as spectators or go in the winter months hoping to spot a whale.

Located about a 30-minute drive from Honolulu, Sandy Beach is known for its magnificent waves that call experienced surfers to come ride. Like other beaches, it’s a place for photographs, sunbathers, and sandcastles, but only solid and experienced swimmers should venture out into the waves because of the waves. 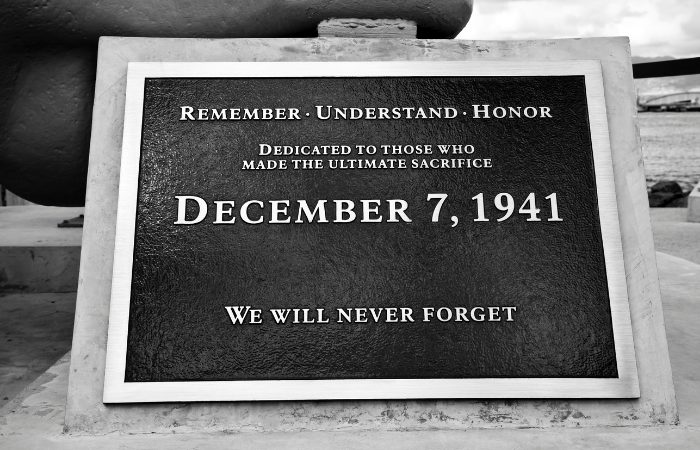 Americans spend many years in school learning about Pearl Harbor, but it’s never as accurate as when you can visit this memorial. Although it’s a National Historic Landmark, Pearl Harbor is also an active naval base, which adds to the site’s honor.

There are several attractions tourists see there, including:

Visitors can begin their visit at the Pearl Harbor Visitor Center, which is free and open to the public. Here, tourists will receive information on the harbor’s military and natural history and learn about the 1941 attack. There are video presentations, historical pictures, and some flight simulators that visitors will enjoy. The tour begins with a brief lesson on the area and the Japanese attack that ultimately brought America into World War II.

A trip to Hawaii is incomplete if it doesn’t include a trip to the Polynesian Cultural Center, where visitors can learn of the Hawaiin Culture. Though it’s an American state, the Island of Hawaii is a treasure-trove of history dating back to 300 A.D.

The Polynesian Cultural Center offers many ways for visitors to learn about this culture. If time is limited, the very minimum experience tourists should insist upon is the dinner and luau show. If time permits, plan to spend the day at the Cultural Center to take in all of the shows, especially Hã, The Circle of Life. Then, end the day with a visit to the Football Hall of Fame and shopping at the marketplace. 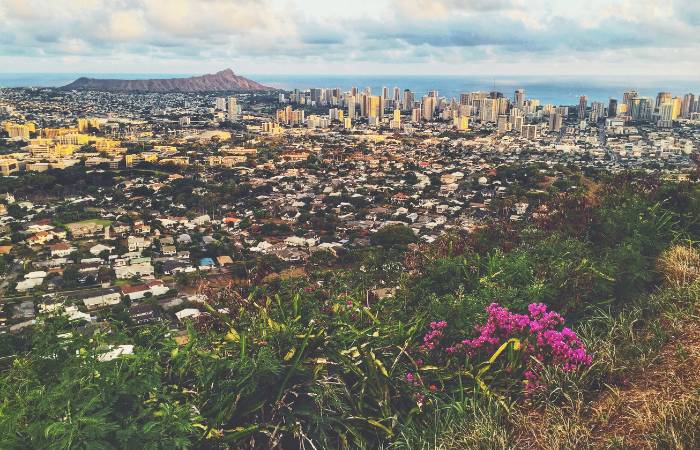 Other Sights To See in Honolulu, Hawaii

Taking a hike up a dormant volcano in a tropical paradise may seem like a lot of work, and the hike is a workout but not overly strenuous. The tradewinds that always blow in Hawaii keep the islands cool enough that this hike is enjoyable even in the midst of summer.

Visitors hike through winding cliffs and are rewarded with breathtaking views of the city, beaches, and mountains surrounding Diamond Head.

The Honolulu Zoo is well worth a visit. Some of the unique animals they care for are the Sumatran Tiger, the White-Handed Gibbon, and the Hamadryas Baboon. They also have amphibians like the Dyeing Poison Dart Frog, which only grows to about 2 inches (5.08 cm). The bird section is home to such beautiful sights as the Andean Cock-of-the-Rock passerine bird from Peru.

Visitors will see their favorite mammals like elephants, tigers, and bears but will also be delighted with seldom seen Aardvarks and African Wild Dogs. The zoo offers guided tours and an exclusive morning safari.

As the sun is setting in the Pacific Ocean, Honolulu’s nightlife begins. Everyone should try the 15-passenger party bike for a bar-hopping excursion. The party bike makes three stops at some of the most popular bars, and space fills quickly, so reservations are a good idea.

This A-List nightclub is full of surprises and even a few celebrities if you go on the right night. Enjoy the house D.J.s, drink, and dance under the club’s 40,000 lights. There are also places to sit and VIP tables.

This club is a more sophisticated, artsy scene that offers cocktails and food. It’s a popular spot for the posh, urban crowd, and you’ll find this club in Hawaii’s historic Chinatown. If you’re looking for even more entertainment, you can book an hour at the pool table with your friends. 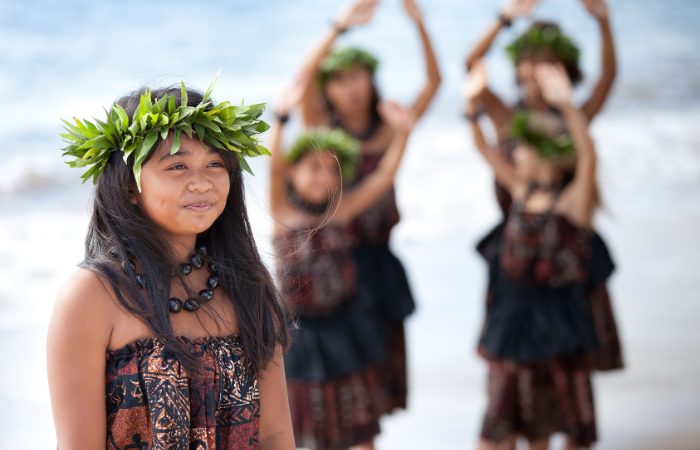 There are several tiki bars on the island, such as Tiki’s Grill & Bar, Rum Fire, and La Mariana Sailing Club. All serve exotic drinks, have the expected tiki décor, and have their own character. If you can only choose one, La Mariana Sailing Club has been featured on T.V., and celebrities are known to stop by.

For all of the things Honolulu is famous for, perhaps none is so ingrained in visitors’ minds as the luaus and hula dances. The luau is a traditional Hawaiian feast accompanied by entertainment. The Hula is a Polynesian dance performed to a chant.

If you’re able to go to the Polynesian Cultural Center, you’ll have the opportunity to see both, but if you don’t have a day to spend there, opt for an evening at one of the island’s luau dinner shows.

A typical evening here begins before 6 pm, with a luau welcome, followed by a buffet dinner. Live Hawaiian music and hula dancers perform for your entertainment. Then, guests move to the theater for a show, and afterward, they’re invited backstage to meet the cast.

If you’re too tired to drive and are staying at the Hilton Hawaiian Village Beach Resort, you can participate in a luau under the stars right on the hotel property. The evening begins at 5:30 pm with a Lei greeting. Dinner is at 6:30 pm, and the show starts at 7:00 pm. 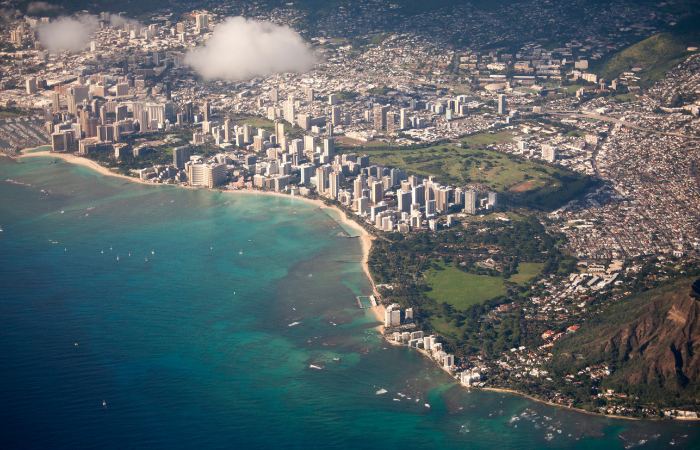 Many Americans dream of going to Hawaii, and many visitors first experience the Islands in Honolulu — and for a good reason. With the history of Pearl Harbor and so many unique, picturesque beaches, Honolulu is the site for romance, family fun, and adventure.

Hawaii is known for its scenic beaches that many call “paradise,” its inviting Polynesian culture, and the hospitality Hawaiians give as they ask us to share their culture and their piece of paradise.

If you’re planning a trip to Honolulu be sure to check out Hostel World here, it’s the hotel/hostel booking website that we like to use for our travels.