Top 13 Things Miami is Known For and Famous For 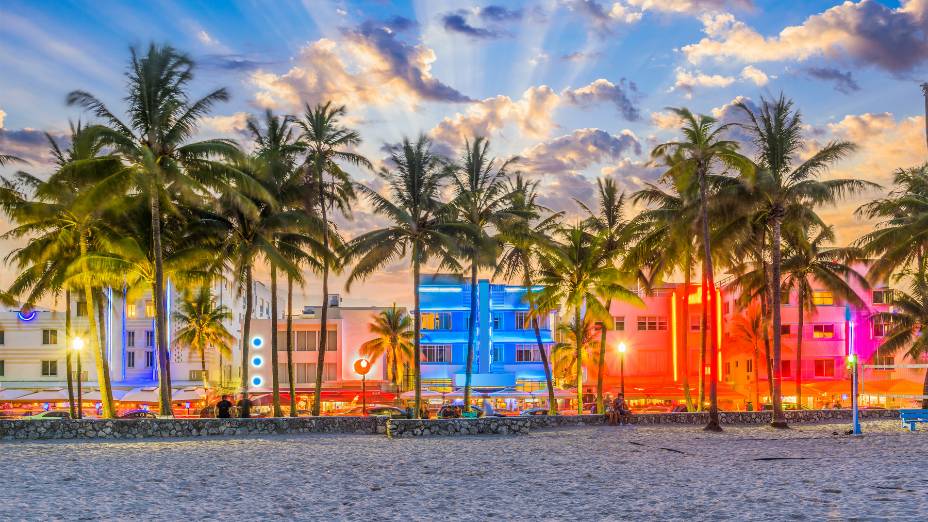 What Is Miami Florida Known For?

Miami City is in southeastern Florida, USA. Many people know it for its white-sand beaches and crystal blue water. However, there are a few other things that are special about Miami.

Perhaps you are interested in visiting Miami or are simply curious about the city. This article will cover Miami’s history and describe what it’s known for, including attractions, culture, and dining. If you are ready to learn more about the luxurious coastal city, let’s get started.

Let’s take a few moments to give a quick rundown of the city before we get started.

Miami is a coastal city with over 400,000 people, the third most populous city located on the east coast. The city is a center of trade, arts, finance, commerce, and culture. Out of all of Florida, Miami has the largest urban economy.

Downtown Miami has a large number of international banks and companies. The Health District is an entire neighborhood of hospitals and research facilities. The district is the second-largest concentration of research and medical facilities in the country (Houston being the first).

Around 1566, Florida’s first governor, Pedro Menéndez de Avilés, claimed the Miami area for Spain. Until 1821, Spain and Britain ruled the area. Spain then surrendered the city to the United States. In 1836, the U.S. built Fort Dallas to aid the United States in the wars against the Seminoles.

In the late 19th century, Julia Tuttle founded Miami city since she owned land on what is now modern Miami. From then on, the city continued to grow at a substantial rate. Many wealthy tourists called Miami “the magic city” since the area changed so much every year.

For more on Miami’s history, particularly it’s rough history of the 80s check out this book on Amazon.

What Are Miami’s Main Attractions?

Miami is globally known for its beaches, climate, nightlife, and culture. A few attractions have played a role in Miami’s reputation as one of the best vacation spots. Every year, thousands of people travel to the coastal city to take advantage of these attractions. Let’s find out what some of the main spots are.

Not a lot of people go through life without hearing about the iconic Miami Beach.

Miami Beach is a resort city. The city is on what is called a barrier island. Barrier islands are long stretches of flat land that normally form near the mainland in coastal areas.

A series of bridges connects Miami Beach to the mainland. The area is full of a wide variety of entertainment, including restaurants and clubs. There are a few small and quiet neighborhoods you can visit as well. However, luxurious resorts mostly dominate the island due to the large tourist industry. The main attraction of the city is its white sand beaches and clear water.

Anyone can find something they love on Miami Beach, whether it is the dining, ocean views, resorts, or nightlife.

South beach is one of the most popular beaches located in the coastal resort city, Miami Beach. Many people love to swim in the shallow, cool water to escape the sun. There is also a long walking path that spans the length of the beach.

The beach is near the end of Miami Beach island, so the views are amazing.

This marketplace is popular amongst both tourists and locals. You will be able to find local, one-of-a-kind shops as well as chain stores. The entire marketplace is outdoors.

This outdoor mall is near the waterfront, so people come here to enjoy the shopping and views. There are also several restaurants, cafes, and live entertainment.

One of the most popular attractions on Miami Beach is Ocean Drive.

Ocean Drive is one of the main thoroughfares located in the South Beach neighborhood. The road is right on the Atlantic coast, offering some of the best views. Many tourists walk the road and take in the ocean views as well as the architecture.

Many Art Deco restaurants and hotels also line the road that has appeared in numerous movies and television shows. The architecture’s vibrant and unique design makes for great photos.

Little Havana is the Cuban District located in Miami, Florida. People love this area, not for its tourist attractions but for the culture.

The district is full of unique restaurants and local shops that you won’t find anywhere else in the city. Cuban culture largely influences Little Havana. It is a great place to interact with some friendly locals and get a taste of Cuban culture.

Zoo Miami is one of the most unique and wildlife-friendly zoos worldwide. The animals are not in individual cages stuck with other animals of the same species; instead, they live in enclosures that largely replicate their natural habitat.

They also live and interact with other species as they would in the wild. There are over 3000 animals at Zoo Miami, as well as over 30 endangered species.

The Deering Estate is a museum and nature preserve. It is 444 acres (179.68 hectares) and is home to several endangered plant species. The estate is the former home of Charles Deering, an American businessman, philanthropist, and art collector.

The estate is now open to visitors and is on the National Register of Historic Places.

The Everglades National Park contains 1.5 million acres (607,028.46 hectare)  of swamplands. The entire area consists of shallow water that eventually flows out into the ocean. If you happen to visit the national park, you will see several crocodiles, alligators, birds, and snakes.

You can find a visitor center at the park, as well as multiple walking trails. The Anhinga Trail is the most popular since it is just under a mile long, and it is easy to spot wildlife from the trail.

A popular nickname for the city is the “Capital of Latin America.” Over 70% of the city’s population is of Latino and Hispanic descent, which is why many people know the city for its Latin-American culture influence.

Due to political reasons, a mass influx of Cubans moved to Miami during the late 1950s, which greatly influenced today’s culture.

The city is a center of multiculturalism and biculturalism. It is one of the cities in Florida that has the most diversity. However, many residents speak Spanish, and there is a strong Hispanic culture in Miami.

Little Havana is the area most influenced by Cuban culture. About one-third of its population is Cuban. The neighborhood is full of mom-and-pop shops, movie theatres, live music, and delicious Cuban cuisine.

Many people know Miami for its multiculturalism. When it comes to cuisine, it shows. Miami is home to many different kinds of international cuisine, from Latin American food to French cuisine.

Here are some of the most popular international cuisines you can find in Miami:

Another thing that people know Miami for is their Cuban coffee.

Cuban coffee is iconic for its steamed milk and sweet espresso. You can get Cuban coffee in several different styles. Some of the most popular are cafecito, cortadito, and cafe con leche.

No matter where you are in Miami, you will be able to find a Cuban coffee shop around the corner. Both tourists and locals alike love to pick up a coffee and a pastry.

Another thing that attracts many Miami tourists is the nightlife. Even when the sun goes down, the city stays alive.

The fun thing about Miami nightlife is that it attracts so many different kinds of people. You can find college students, millionaires, and locals partying it up at 2 am. If you love bars that never close and bright neon lights, you won’t be disappointed. Miami has a reputation of being the place to party until sunrise.

You can also do other activities, such as late-night dining, bar crawls, and dinner theatres. Some other popular activities include drag queen bingo, casinos, clubbing, and enjoying rooftop bars. There are also some taco shops with speakeasies in the back that store dozens of tequilas.

Miami hosts one of the best EDM festivals in the USA each year called the Ultra Music Festival. It is an outdoor event that has taken place in March for over 20 years (excluding 2020 and 2021 due to the Coronavirus pandemic.) This festival brings in DJs and party goers from all over the world and runs over three days.

If EDM and/or music festivals are your thing, Ultra Music Fest is not to be missed. For more, check out our list of the US cities with the biggest and best raves here.

Since Miami is one of the largest cities on the east coast, many iconic buildings are instrumental in the cities culture, economy, and progress. Some buildings are hot tourist spots, some are business orientated, while others are solely for scientific research and education.

Here are some of the buildings:

Many tourists visit Miami because of its Latin-American influence and multiculturalism. You can find dozens of restaurants that serve everything from Cuban cuisine to Italian and French food.

Miami’s nightlife has also built a strong reputation. There are dozens of activities you can do until the sun rises.

If you want to visit Miami soon, check out Hotels.com here for the best rates on accommodation and if you are looking for more things to do and see in the city be sure to check out D.K. Eyewitness Top 10 Miami and the Keys (Pocket Travel Guide).