Top 15 Things Nashville is Known For 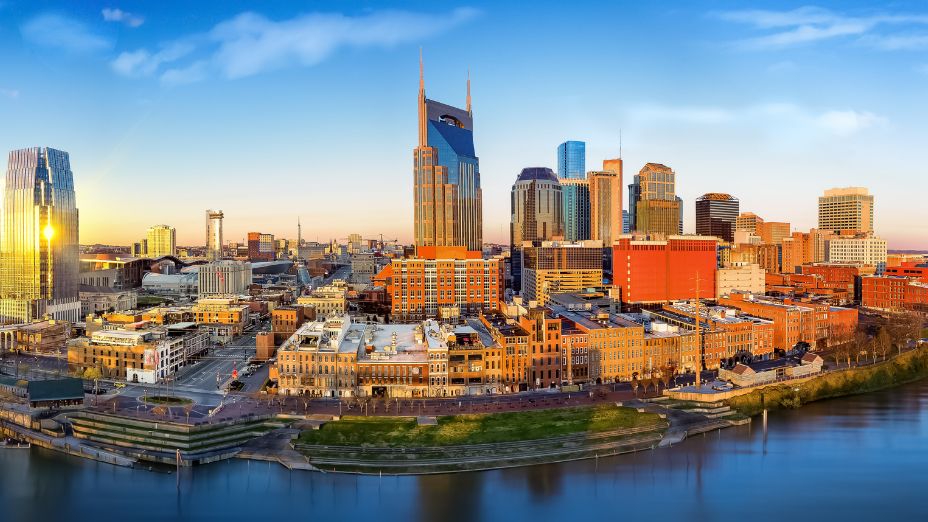 What Is Nashville Known For and Famous For?

Nashville is the capital of Tennessee and the most populous city in the state. Its history dates back to the 1770s and played a key role in both the Revolutionary and Civil wars, but that’s not what the city is known for today.

Nashville also boasts numerous well-respected and historical colleges and universities. While the city offers plenty of dining, cultural sites, and historical monuments, music is the true lifeblood of the city. Read on for more information on what Nashville has to offer! 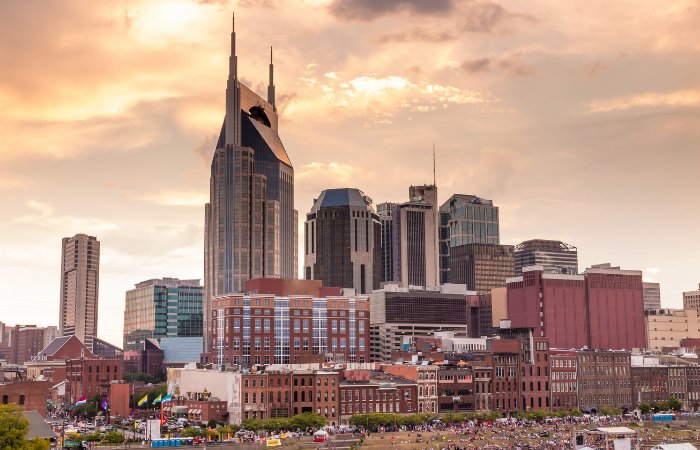 A group of Revolutionary War soldiers known as Overmountain Men founded Nashville in 1779. They named it after the Revolutionary War hero General Francis Nash. It sits on the site of an earlier stockade, Fort Nashborough, on the banks of the Cumberland River, and it has spread out from there.

During the Civil War, less than 100 years later, Nashville was an important shipping site that appealed to both armies. The Battle of Nashville was a decisive victory for the Union and a turning point in the war itself.

Beginning in the 1870s with the Jubilee Singers of Fisk University, the city’s reputation as a seat for musical excellence began to grow. By the 1920s, the Grand Ole Opry radio show was on the air, and Nashville was well on its way to a new identity as the music capital of America. 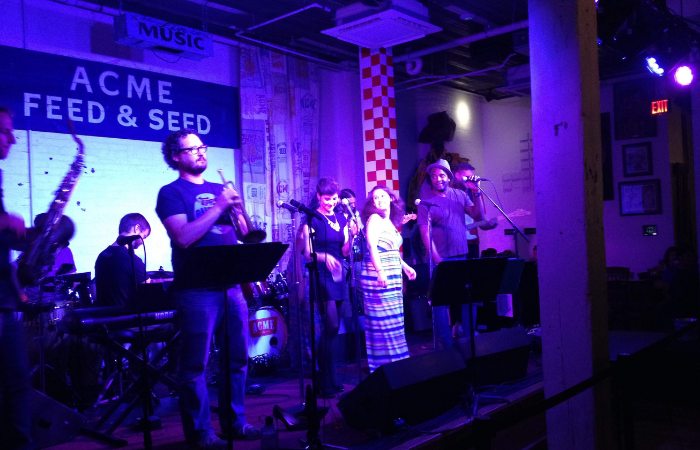 Nashville is nicknamed “Music City” for a good reason. There are more than 150 live music venues in the city, many of which have shows more than four nights a week. It has the highest concentration of music industry employees in the country, and the industry brings in over $10 billion annually to the city.

Country music has certainly made a home for itself in Nashville with major labels and record companies setting up shop there. There’s also a large concentration of gospel and contemporary Christian music recording in the area. Nashville is located in the Bible Belt, so it’s a logical choice for the bulk of the religious music industry.

The city also houses music-related attractions like the Country Music Hall of Fame. The Hall of Fame includes a museum full of memorabilia and costumes from country music stars, including a gold Cadillac that belonged to Elvis and rotating exhibits about the lives of current stars.

Briefly in the 1970s through the 1990s, the city was also home to a music-themed amusement park called Opryland USA. After it closed, the theme park site was turned into a shopping mall and a brand new theater for the weekly Grand Ole Opry show.

For country music fans, there’s no better place to be than Nashville. The Grand Ole Opry radio show began in the 1920s as an hour-long barn dance program sponsored by an insurance company and broadcast from their studio. They hosted a live audience, and as their fan base grew, they moved from building to building to accommodate the crowds.

By 1939, they were broadcasting nationwide, and by 1943 they had moved into the Ryman Auditorium, where they stayed until the 70s.

The Ryman Auditorium still hosts the Opry in the off-season, though the show appears for most of the year at the Opry Mills on the site of the old theme park. The Auditorium is now an active music and performance venue in its own right and a popular music tourist destination.

In addition to live performances, Nashville is known for its country music recording studios and the “Nashville sound.” Nashville sound refers to a decision music producers in the 1950s made to eliminate or smooth out the “honky-tonk” elements of country music to better compete with rock’n’roll.

The RCA Studio B recording studio is another large draw for tourists and musicians alike. Country music greats like Elvis, Chet Atkins, Waylon Jennings, Willie Nelson, and Dolly Parton have all recorded at the studio, and it’s connected to the Country Music Hall of Fame. While the historic studio is no longer active as a recording site, it operates classes for high schoolers who want to learn about music production and the business of recording.

Nashville is also the host of the annual Country Music Awards. The annual awards show has honored the best country music performers of the year for over 50 years. The Country Music Association also hosts a music festival in Nashville in the summer.

Often called the “Athens of the South,” Nashville has a history of higher education as rich as its musical history. It boasts 24 secondary institutions, including four Historically Black Colleges and Universities. The two largest and most well-known schools in Nashville are Vanderbilt and Fisk.

Vanderbilt University is the largest university in Nashville. It’s a private institute with world-renowned programs in medicine, law, and the humanities. The research institution has an impressive roster of alumni, including U.S. Senators, Olympians, Supreme Court justices, Nobel Prize laureates, and Pulitzer Prize winners.

The Methodist Episcopal Church founded the school in 1873 as Central University. An influx of funds from Cornelius Vanderbilt led to the name change, and the school parted ways with the church by 1914. Today, the school welcomes students from all 50 states and 100 countries for undergraduate and graduate study.

Fisk University began in 1866 as the “Fisk Free Colored School” to educate formerly enslaved Black people after the Civil War. It’s still affiliated with the United Church of Christ missionary group which founded it.

Fisk is a dedicated liberal arts institution, and its notable alumni include Congressman John Lewis, Pulitzer Prize-winner David Levering Lewis, and journalist and activist Ida B. Wells. Fisk is also the home institution of the Jubilee Singers, who toured the country to earn money for the University in the 1870s. 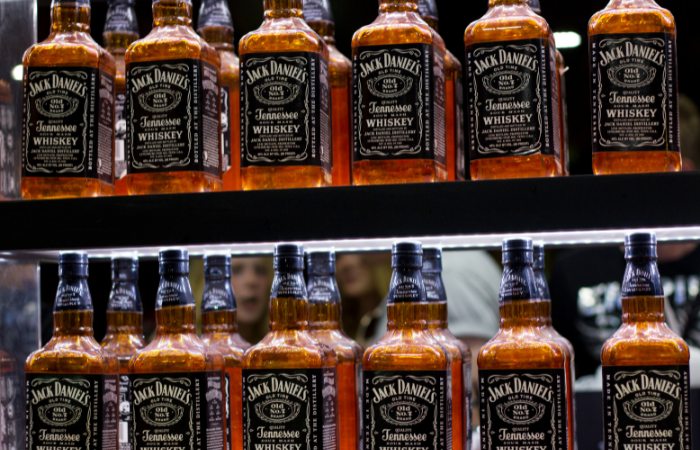 Food Nashville is Known For

Like many southern cities, Nashville has a distinct cuisine that fuels the city’s residents and visitors. The city serves plenty of southern staples, like barbeque, fried chicken, cornbread, and the infamous meat and three (brisket, meatloaf, country fried steak, or ham plus three side dishes). It’s also the origin of a number of popular local dishes and nationally-known brands.

Nashville’s signature dish is hot chicken, a type of fried chicken made with spicy red pepper in the batter. The red pepper treatment is also extended to dishes like hot fish. Prince’s Hot Chicken Shack gets credit for popularizing the dish.

James Thornton Prince opened the restaurant in 1945, and it’s still owned by the Prince family. It’s had several locations since it first opened, including a spot near the Grand Ole Opry, but it currently sits in East Nashville.

A local flavor known in households nationwide is Maxwell House Coffee. A man named Joel Owsley Cheek roasted his own coffee, and in 1892 he sold it to the Maxwell House hotel. It was so popular that the hotel let Cheek use its name to market the blend.

Nashville doesn’t just have its own coffee; it also has its own candy bar. In 1912, the Standard Candy Company released the Goo Goo Cluster: peanuts, marshmallow, caramel, nougat, and milk chocolate mixed into one candy. It was one of the first candies to combine so many ingredients, and it’s still a Nashville favorite.

Tennessee is known for its whiskey, and Nashville has its own brand: Belle Meade Bourbon. The Belle Meade plantation is a winery and bourbon distiller with a long history in horse racing as well.

Nashville boasts the world’s only life-size replica of the Parthenon. The version that stands today is made of cement, but a wooden version was built on the same site to celebrate the city’s centennial in 1897. Inside is the city’s permanent art collection, which consists of works by 19th and 20th century American painters.

The Nashville Parthenon is near downtown, in Centennial Park. The original Parthenon is in Athens, and Nashville prides itself on its reputation as the “Athens of the South,” which is why the Greek temple was chosen for the centennial celebration.

The vast majority of Nashville’s attractions today are related to the music industry. However, there are still a few notable sites in the city that remind citizens and visitors alike of the city’s history. Two important American wars were fought near Nashville, and two United States presidents lived in Nashville: James Polk and Andrew Jackson.

Fort Nashborough was a Revolutionary War stockade built near the Cumberland River where Nashville currently sits. It was originally built as protection for a small group of settlers, away from the majority of the Revolutionary War military action. A group of soldiers founded it and named it after a beloved General, but the fort wasn’t involved in any actual fighting.

The settlers abandoned the fort in the 1790s, but today a replica sits near the original site. The replica includes a museum about the city’s history, including information on life in the fort and the lives of Native Americans in the area.

During the Civil War, Nashville saw much more military activity than in the Revolutionary War. The Battle of Nashville took place in the city in 1864. There are a handful of historical sites related to the war that visitors can see today.

The Belle Meade Plantation has guided tours that include Civil War history, as well as information about the life of enslaved people on the property. (And yes, it is the same family as the whiskey distillery.)

The Travellers Rest Plantation is another Civil War site that offers tours. It sits on the site of the Battle of Peach Orchard Hill, though its tours provide information on other parts of the site’s history as well.

America’s seventh president, Andrew Jackson, lived in Nashville from 1837 until 1845 on a beautiful estate known as The Hermitage. It has a large guitar-shaped drive, originally designed to accommodate a carriage turning around. However, many locals and visitors see the guitar shape as an omen for the city’s future.

Whether or not you believe the superstition, the Hermitage offers tours and special events that let you explore the house and grounds to learn more about President Jackson and what life was like in Nashville when he was alive. 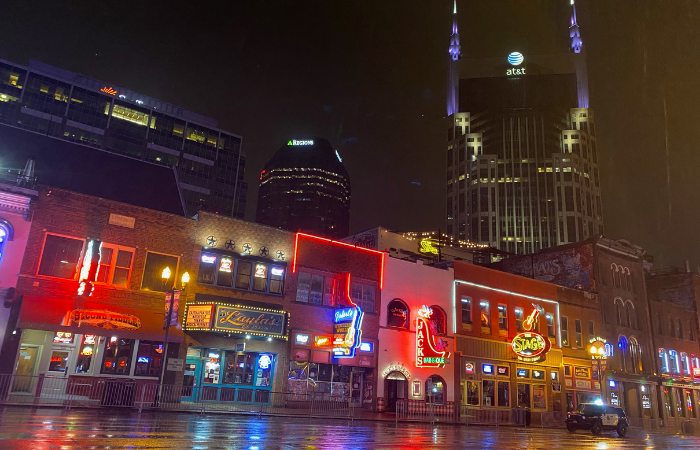 In recent years, Nashville has built a reputation for itself as a destination for bachelor and bachelorette parties and weekends. The Country Music Channel even launched a reality T.V. show about it, called “Bachelorette Weekend.” The live music scene, restaurants, and bars near each other are a big draw for these events.

Historic Printers Alley was once a site of publishing activity in 1800s Nashville. It was home to the city’s largest newspapers for decades. During Prohibition, it pivoted to become the city’s primary location for speakeasies, saloons, and gambling houses.

Today, it’s a lively area at the center of Nashville’s nightlife with plenty of bars and clubs. Its once-seedy reputation has cleaned up a little, but it’s still the place that many bachelor and bachelorette parties head to have fun and let loose. 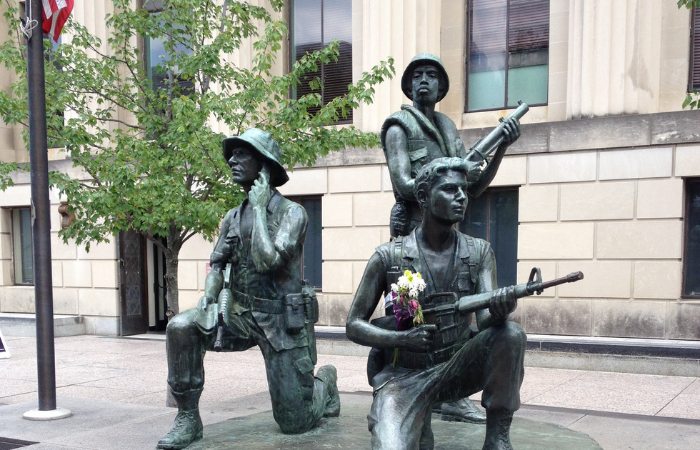 Nashville might be a great place to party for bachelor and bachelorette groups, but it is much more than a party town. Music is the heart and soul of Nashville, but it also has a rich history of education and a place in early American history.

Country music has put Nashville on the map worldwide, and music fuels the economy and culture of the city, transforming a strategic military location into a modern city. World-class secondary education and distinct Nashville treats round out the city’s culture, making it a great destination for anyone, not just the musically inclined.