Top 15 Things Orlando is Known For 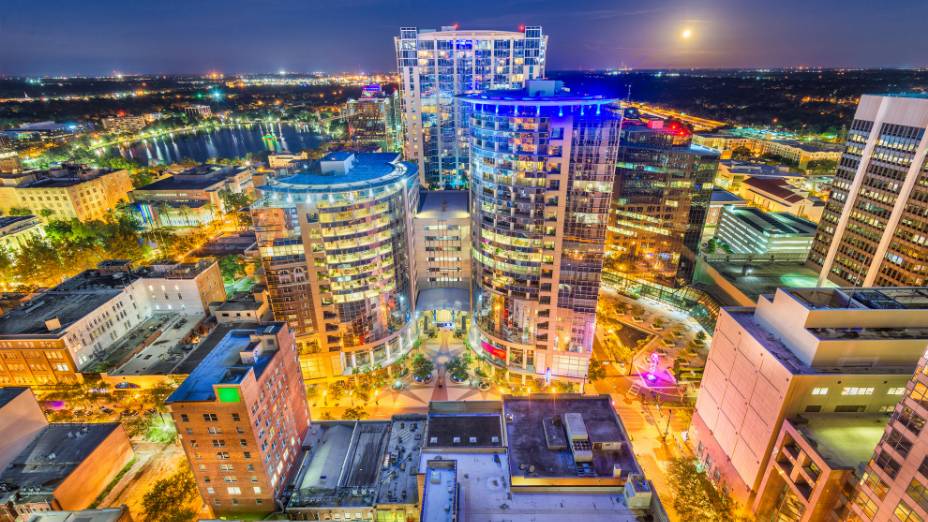 What Is Orlando Known For?

Orlando is a city in Florida, USA. The city has a population of over 280,000 and is the fourth largest city in the state of Florida. Tourism, events, and conventions drive in most of the traffic throughout the city.

Orlando is known for its amusement parks such as Walt Disney World and Universal Studios. The city is also known for it’s prominent shopping scene with numerous high-end outdoor malls and farmers’ markets as well as its seafood cuisine, climate, and landscape.

It is rare for people to visit Florida and not consider checking out Orlando. This article will describe what Orlando is known for and why so many people flock there every year. We will cover its history, cuisine, main attractions, shopping, climate, and landscape. If you are ready to learn more about the fascinating city, let’s get started. 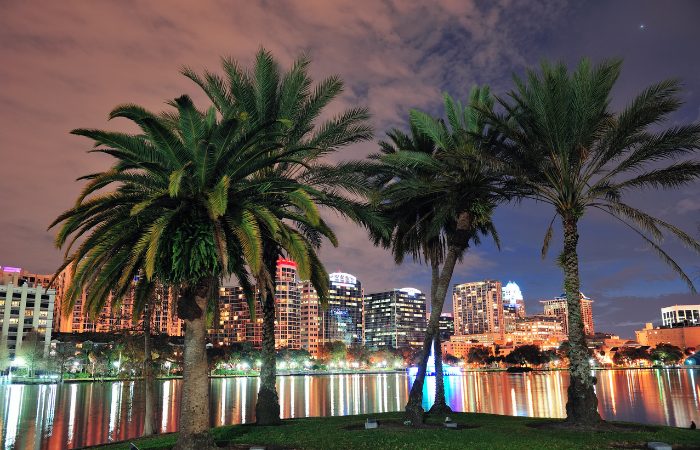 The History of Orlando

From 1823, a large Seminole reservation occupied a large area of central Florida. After the Seminole wars in 1830, the Armed Occupation Act encouraged white settlement in the area.

It wasn’t until the Reconstruction Era that the population began to grow substantially. Orlando became a town in 1875 and subsequently a city in 1885.

Orlando’s Golden Era was between 1875 and 1895. The city grew to be a central hub of the state’s citrus industry. However, the Great Freeze of 1894-95 ruined many independent citrus farms and forced a large chunk of the population to move to neighboring states.

One of the most pivotal moments in the city’s history was in 1965 when Walt Disney announced his plan to build Disney World in Orlando. The park played a big role in the city’s economy; after its opening, tourism substantially increased.

If you are interested in learning more about the history, check out Orlando, Florida, from Amazon. 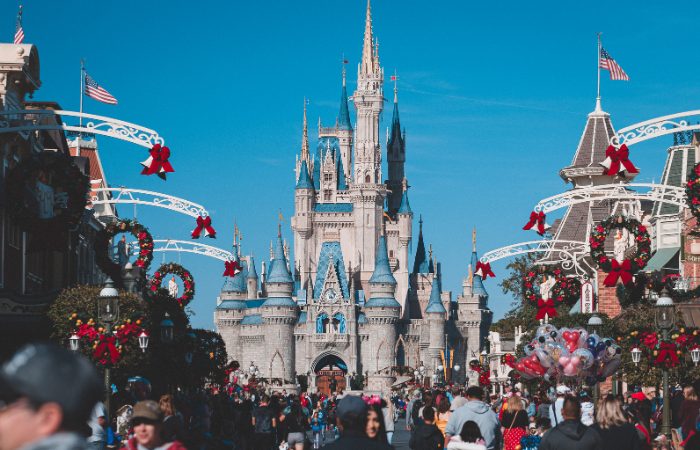 The main thing Orlando is known for is its attractions. The attractions are what drive thousands of tourists in each year – and for good reason. This section will cover Orlando’s top attractions and will briefly describe each of them. From Walt Disney World to Kennedy Space Center, Orlando has something for everyone.

When the majority of people think of Orlando, Disney World comes to mind. Disney World is the biggest family attraction in Orlando (and I think it is safe to say, all of Florida).

Walt Disney World features four individual parks that are about a five-minute drive away from each other.

SeaWorld is a marine-animal-based theme park that features many different attractions such as aquariums, rides, and touch pools. There are also lots of shows with dolphins and whales that you can watch.

You can also sign up for many tours to see certain animals up close, like killer whales, dolphins, penguins, sea lions, and sharks.

SeaWorld also offers several exciting roller coasters and water rides. The park is a popular tourist spot on hot days. It is also a great spot to hit if you are interested in learning more about marine life. 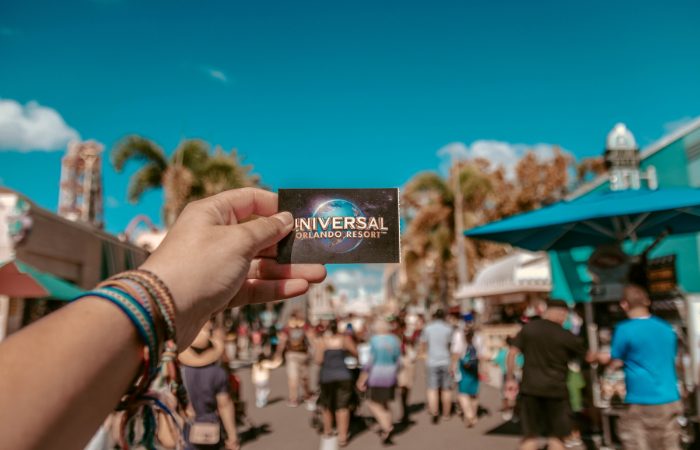 Universal Studios functions as both an amusement park and studio. While the studio films several movies and television shows there, the majority of people go to the park for rides.

One of the most popular areas at the park is The Wizarding World of Harry Potter. This area features Hogsmeade, Hogwarts Castle, and Diagon Alley.

Universal Studios owns Volcano Bay. It is a volcano-themed water park. Some older seasoned tourists may still know the park as the Wet ‘n Wild waterpark.

The large wave pool is right in front of the towering volcano, so guests will be able to swim with a view. There are several waterslides and thrill rides that visitors will love. You can also rent tubes for the pools and slides.

Not only are there exciting rides for the older teens, but there are several attractions for younger visitors as well, like wading pools and kid-friendly slides.

Both tourists and locals love to visit Leu Gardens to escape the crowds of the most popular attractions of Orlando.

The gardens spread over an area of 50 acres. There will be many ponds, waterfalls, and themed gardens you can take a relaxing stroll through.

One of the most favored spots of the gardens is the rose gardens and moss-covered elm trees. 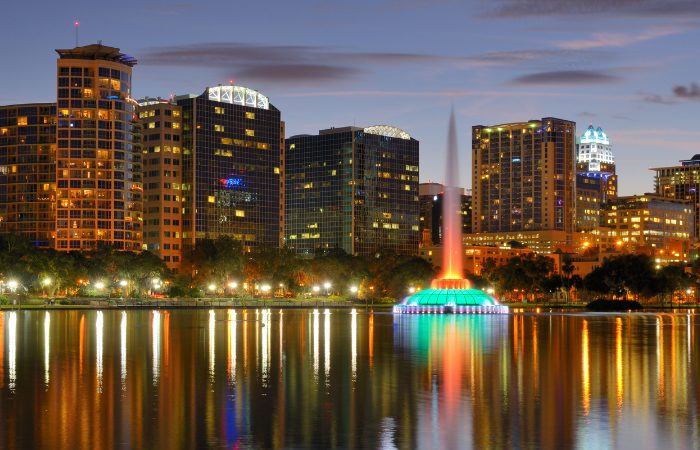 Many people take a day trip to the Kennedy Space Center since it is about an hour’s drive from Orlando city.

You will be able to walk through the Astronaut Hall of Fame and see the rockets that were a part of the most famous space programs, including Apollo.

If you want to spend a bit of extra money, you can also participate in a few unique exhibits. These will include mock astronaut training and the shuttle launch experience. If you are in town at the right time, you can even watch rocket launches from the space center.

Gatorland is a great family attraction that thousands of people visit each year. You can get up close with gators and several other different species. The park features alligators, crocodiles, snakes, tortoises, birds, and wild cats.

The park has a variety of shows and even has two ziplines. Tourists also love to visit the splash park, especially on hot days. One of the main attractions of the land is the swamp walk.

Many people who visit SeaWorld will also visit Discovery Cove since they are right next to each other. This park has a lot of water activities that will require bathing suits.

You will have the chance to snorkel and swim with different sea creatures such as stingrays and dolphins. There is also a beautiful coral reef that visitors can see.

Not only are there plenty of swimming opportunities, but you can also walk through an aviary and hand-feed some exotic birds. You will also get up close and personal with different animals.

Many people love this park since it is such a unique experience.

The Orlando Science Center will have something for every member of the family. The center has biology, mechanics, applied technology, and several other science exhibits.

The main attraction is “Kids Town,” which has a few fun and interactive activities for kids under 48 inches. You can also watch some science-related films at the theatre, Dr. Phillips CineDome.

Some days there are also exhibits that you can walk through, such as Pompei: The Immortal City. 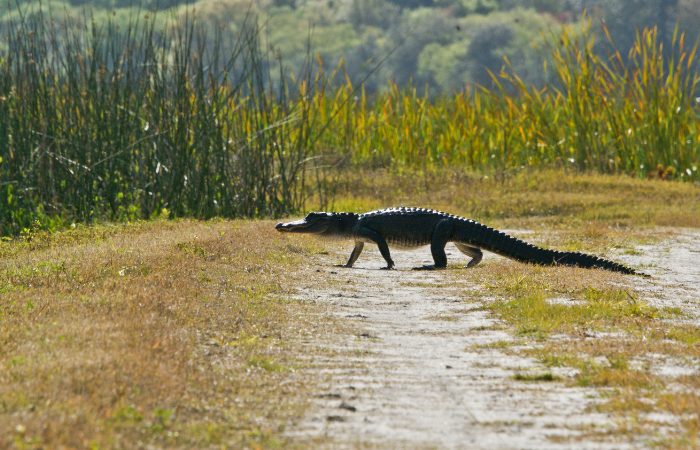 When people think of Orlando, many think of its landscape. Orlando has beautiful palm trees, lakes, ponds, and gardens at every turn. If you take a drive, you will see green grass, vibrant flowers, and several live oak trees.

There are also many swamps in Orlando. While this may not seem like an exciting feature, you will have the chance to see alligators and crocodiles in their natural habitats. You can also take boat tours through the swamps to see some wildlife and plants up close.

Orlando also has several gardens you can tour, such as the Harry P. Leu Gardens and B-52 Memorial Park.

If tourists are not at the amusement parks, they are checking out the galleries and museums in Orlando.

Here are the most prominent galleries and museums you can visit:

Another thing to add to the list of what Orlando offers is shopping.

Many seasoned tourists know Orlando, Florida, for its wide variety of shopping options.

People who love to shop at high-end stores will not be disappointed. You will find top stores like Louis Vuitton, Prada, and Chanel at popular malls. On the other hand, there are also many areas to find unique, homemade items at outdoor markets.

Orlando International Premium Outlets is a favorite to both locals and tourists. This outdoor outlet has some of the best deals you will find in the city. Pointe Orlando and The Mall at Millenia are also popular locations.

Disney Springs is also a great place to shop. There are over 100 shops and 60 restaurants. The area is the perfect mix of Disney fun and contemporary shopping. 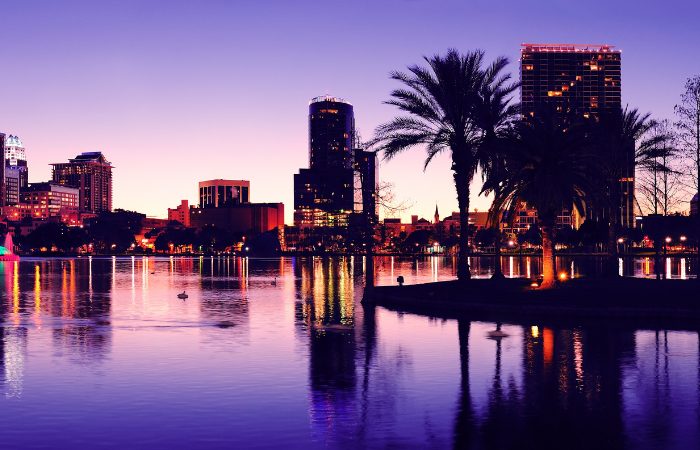 What Food is Orlando Known For

Like many other cities, Orlando has its fair share of cuisine options. Whether you want a thick and juicy steak or a flavorsome Italian meal, you will find it in Orlando.

However, you won’t want to miss your chance to order some seafood. Since the state is near the ocean, Florida is known for its fresh seafood.

There are many restaurants you will find that serve fresh seafood. The best meals to try are king crab legs and coconut shrimp.

Here are some of the top seafood restaurants in Orlando:

Another thing that Orlando is known for is its hot climate.

Orlando, Florida, has a humid, subtropical climate. From November to April, the city is warm and dry. Many tourists visit during the dry season since it is not too hot. You will be able to walk around comfortably during these months.

From May to October is the hot and wet season. Throughout this season, you will experience extreme temperatures in the mid-day accompanied by high humidity. If you are not damp from sweat and humidity, you will be wet from the thunderstorms. 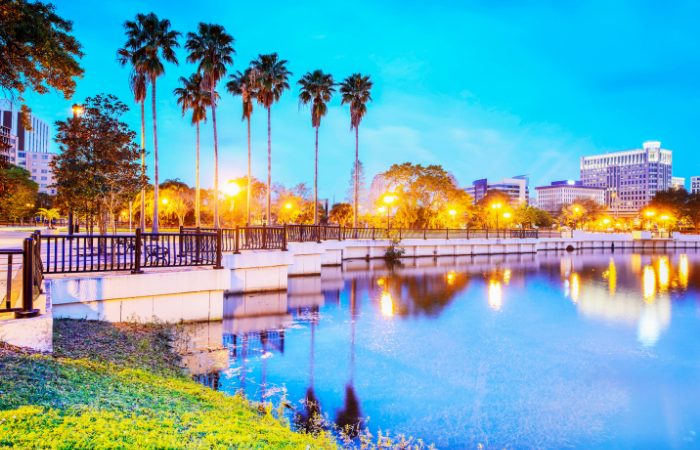 The main thing that Orlando is known for is its amusement parks, such as Walt Disney World and Universal Studios. You will also find a great shopping scene in the city; there are some outdoor malls and farmers markets that tourists will go to every time they visit the city.

Orlando also has a prominent art scene. There are several top-notch museums and art galleries to visit that each feature unique exhibits.

The city is also known for its beautiful landscape. You will see green grass everywhere accompanied by tall palm trees and exotic flowers.

If you’re planning a trip to Orlando you have to check out this guide on Amazon.