Why Las Vegas is Called Sin City -The Real Reason! 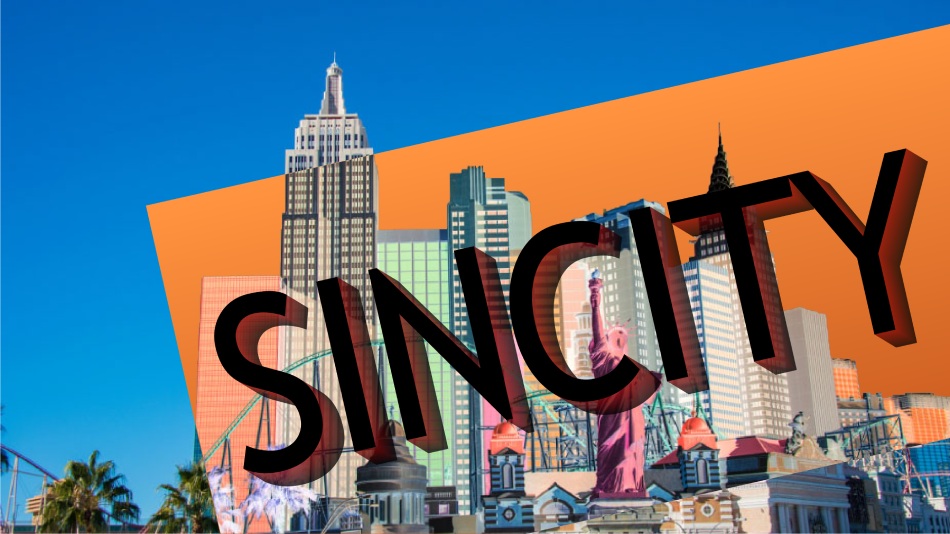 The largest casino in the United States isn’t in Las Vegas but Thackerville, Oklahoma. Atlantic City has more adult entertainment venues per person than “sinful” Vegas. Vegas isn’t even among the top 50 most dangerous cities in the U.S. So why does ‘Sin City’ get such a sinful reputation?

Las Vegas is called ‘Sin City’ because of two blocks where illegal activities flourished. Town authorities tolerated the gambling, alcohol consumption, and prostitution in Block 16 because it was a source of revenue. The city closed the Block in 1941, but by then, Las Vegas’ reputation was set.

The story of how Vegas earned the nickname ‘Sin City’ is an interesting one. Las Vegas has tried to shed the name while also using the slogan “What happens in Vegas, stays in Vegas” to draw tourists to the city. So if you’re ready to learn how Vegas got its nickname, let’s start.

If you are planning a trip to Vegas, be sure to check out Vegas.com for all the best deals on hotels, food, attractions, and more! 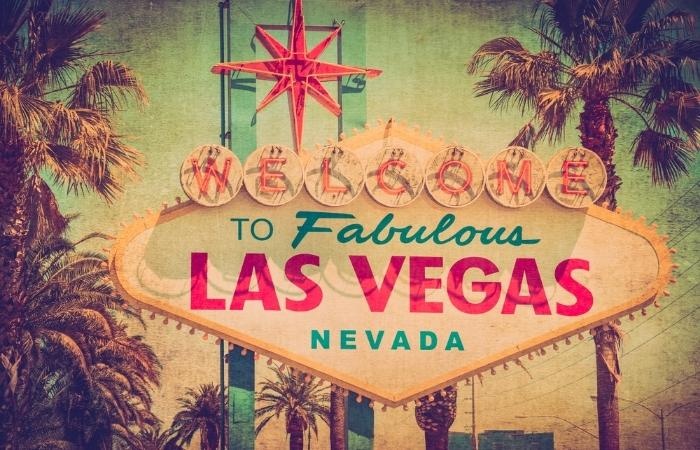 Those two blocks became a city within a city. Town authorities hoped that by keeping saloons and gambling halls contained in a smaller area, the other parts of the town wouldn’t be affected by the seediness of the bars.

Within a few years, business in those blocks was booming. Block 16 establishments took their illegal activities a step further. They not only sold liquor but they began to allow prostitution to flourish. Saloons often allowed prostitutes to rent out back rooms. The Arizona Club built a second floor over the saloon for that reason alone.

Although Nevada had outlawed gambling in 1910, Blocks 16 and 17 flouted those laws as well.  The Golden Gate Casino, which opened in 1906, is the city’s oldest casino, but saloons on Block 16 continued to operate illegal casinos. When Nevada again legalized gambling in 1931, the Golden Gate and other casinos just kept going. 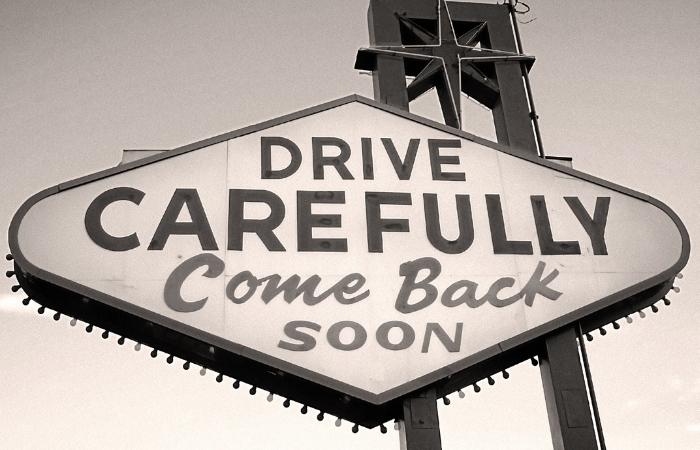 When the 18th Amendment banning the sale, distribution, or manufacture of alcohol was passed in 1919, many predicted it would be the demise of Block 16. However, the saloon keepers continued to sell liquor, regardless of fines or raids.

Financially, they had little choice. So bar owners ignored warnings, paid fines as they were issued, and considered the occasional raid as part of the cost of doing business. Although town officials claimed they wanted the bars to close permanently, they had their reasons for allowing the businesses in Block 16 to remain open. That reason was money.

Why Weren’t Establishments in Block 16 Closed Down?

The saloons that operated the brothels couldn’t do so for free. The town charged them a $500 licensing fee. Raids brought in additional income for the city. Politicians and citizens would sometimes demand the brothels be shut down, but the loss of income from the illicit activities kept the vague promises from becoming a reality.

It helped that Sam Gay, a bouncer on Block 16, kept crime to a minimum on the Block. Gay stood 6 ft 5 in (1.83 m 12.7 cm) and was able to keep order in the area. He was elected city constable in 1906 and became Sheriff of Clark County a few years later. Gay held the post, retiring in 1930 as organized crime took hold in Vegas.

Once gambling was again legalized, casinos outside Block 16 began to resent the prostitution they saw as competition. As casinos sprung up on the Strip and tried to turn Vegas into a respectable town that allowed gambling, they were dismayed that the illicit activities in Block 16 began to draw tourists who wanted to see what was left of the “Wild West.” 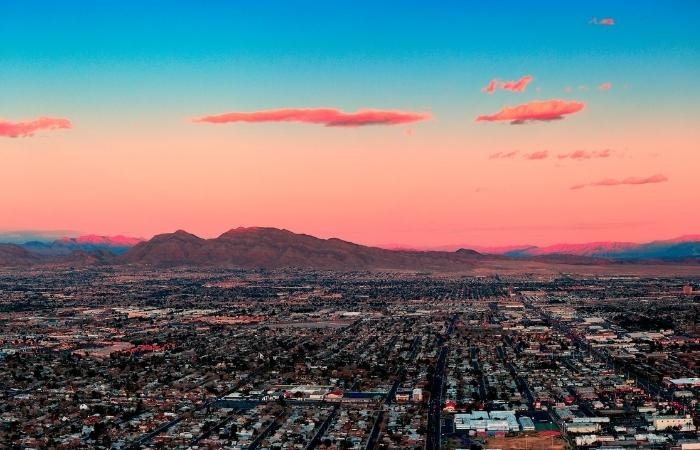 What Happened to Las Vegas’s Block 16?

Block 16 was torn down in 1946 and is now a parking lot. If you want to visit, park behind Binion’s Casino. But if Prohibition, laws against gambling, and open prostitution couldn’t close it, what did? World War II did.

In 1941, the U.S. Army built the Air Corp. Gunnery Range (now Nellis Air Force Base). The military commanders didn’t want the trouble that would come from soldiers visiting Block 16.  So the commander of the range informed the town officials he would make all of Las Vegas off-limits to the troops.

Town officials didn’t want to lose the income, so the city began to raid the Block. After it became clear the prostitutes would post bail and the brothels would continue to operate, the city revoked liquor and gambling licenses for all businesses on the Block. Without the income from alcohol and gambling, the businesses in the Block closed.

If you decide to visit the area where Block 16 once stood, you’ll find a Historical Marker that shows pictures of what the area once looked like. Within walking distance of Block 16, there are also markers for Fremont Street and the original courthouse. 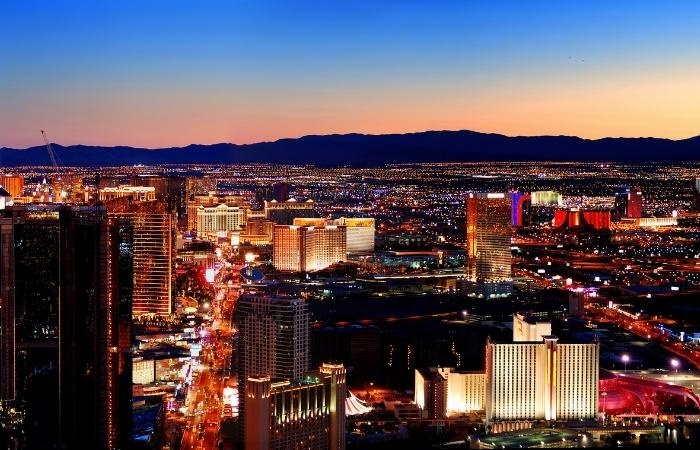 How Does Las Vegas Compare to Other Cities?

Although comparing cities is always tricky, several groups have tried. Trulia, the real estate site, analyzed major cities to see how they rank on the seven deadly sins—lust, pride, envy, greed, gluttony, sloth, and wrath. WalletHub also performed an analysis, and the two came up with different results.

WalletHub used a more complicated set of metrics to determine the sinfulness of a city. Instead of only counting the number of adult entertainment businesses, WalletHub included Google search terms, active Tinder users, and teen pregnancy.

Using their metrics, WalletHub determined Vegas to be the most sinful city even though it wasn’t in first place in WalletHub’s seven categories. So maybe what happens in Vegas happens everywhere, except that Vegas is more honest about its vices. 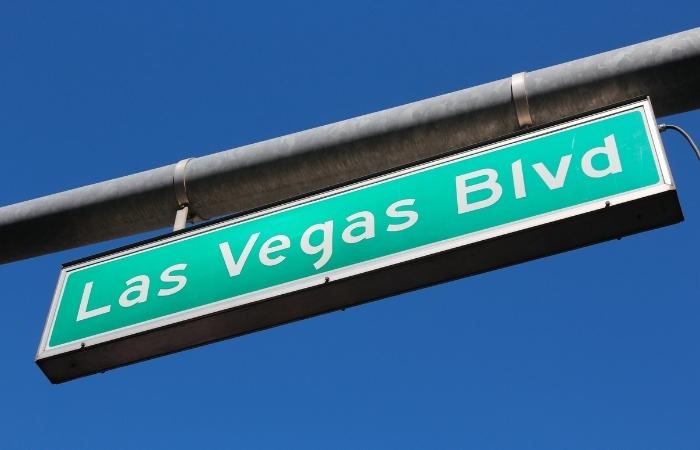 “What Happens in Vegas, Stays in Vegas”

This catchphrase that all of us have heard was the creation of R&R Partners, an ad agency tasked with changing the city’s image as a gambling mecca. Based on its research, the agency concluded that people were drawn to Vegas by the idea they were free to do what they wished without fear of reprisal.

The ad campaign turned out to be wildly successful, credited with helping the city recover from the 2009 recession. By 2012, visitor numbers had returned to their pre-recession levels.

However, by capitalizing on the city’s history, the campaign reminded people of what Vegas had been known for—gambling, prostitution, organized crime. Imagine if the campaign had been based on Manhattan. A trip to the Big Apple includes seeing a show, walking down Times Square, shopping, and visiting Central Park.

Though Vegas is nothing like the ‘Sin City’ that gave it its name, the phrase serves as a reminder of times when people visited Vegas to do things that weren’t legal where they lived.

Read the full origin of the phrase “what happens in Vegas, stays in Vegas” here.

The activities that gave Las Vegas its nickname are either outlawed or not exclusive to the city anymore. Many states have casinos, alcohol is freely available everywhere, and other cities have businesses that cater to adult entertainment.

The Las Vegas of today offers much more than gambling, alcohol, and all-you-can-eat buffets. But for whatever reason, Vegas hasn’t been able to shed its nickname.