Top 20 Things Alaska is Known For & Famous For 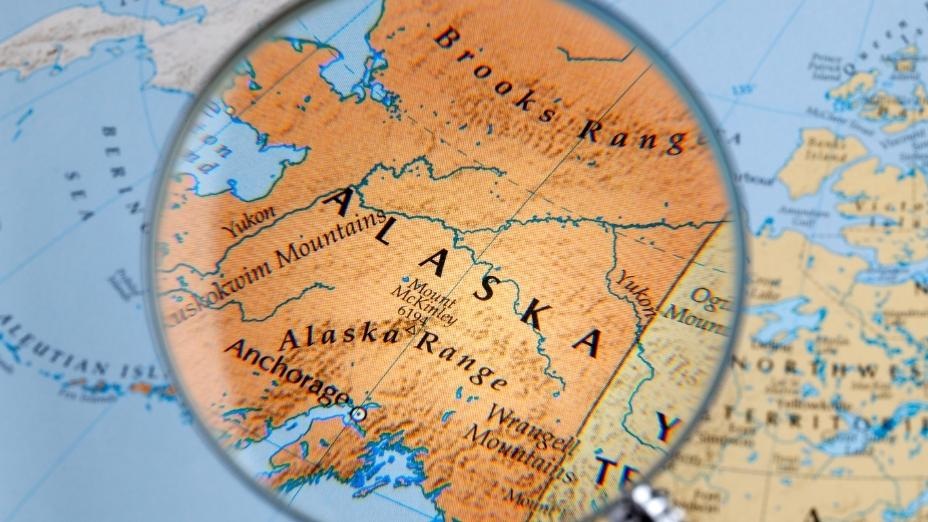 What is Alaska Known For & Famous For

Whether you’re planning a trip or a move to Alaska you may be wondering what this US state is most well known for.

Alaska is known for being the largest state in the US, its views of the Northern Lights, gold mining, the rugged wilderness, the midnight sun, and its many cruises. The state is also very sparsely populated as it is not a part of the lower 48.

Read on to find out in more detail what Alaska is known for. 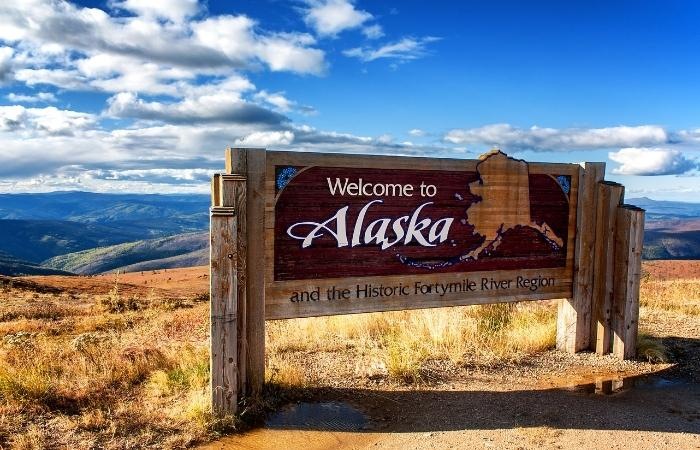 Alaska is the northernmost state and as such, not a part of the lower 48. It has a very cold climate, although temperatures can reach as high as 75 degrees Fahrenheit in the summertime. Although due to climate change, this is changing every year. 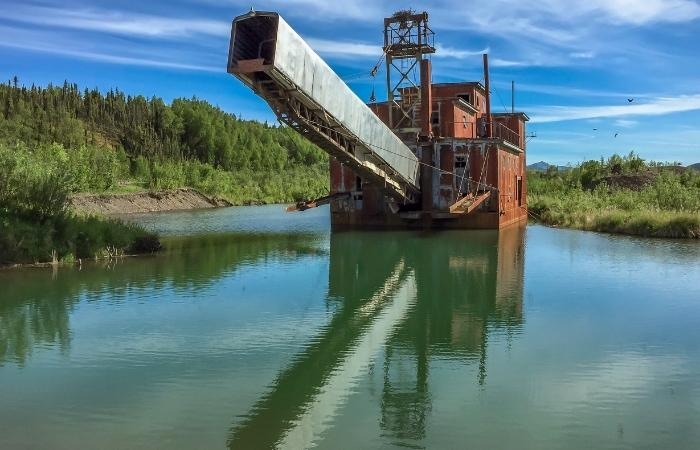 Alaska is known rich in natural resources, most notably gold. The Klondike Gold Rush started in the summer of 1896 and took on a life of its own as some 100,000 prospectors migrated north to join in on the foretold riches. The Klondike Gold Rush ended by 1899, but not before an estimated $100 million worth of gold was mined from the state.

In 1838, the Russians discovered gold in Alaska nearly 50 years before these gold rushes. Russia wasn’t interested in mining and didn’t see it as a viable investment, so they turned down the opportunity to mine for themselves. 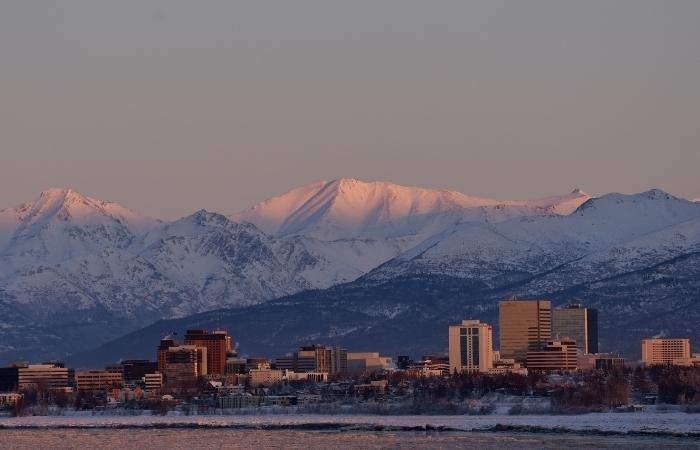 Anchorage is the capital of Alaska and home to nearly half of Alaska’s population. Known as the “Great Land,” Alaska has a thriving fishing and hunting economy, but many jobs rely on oil revenue from Prudhoe Bay.

Anchorage was devastated by the 1964 earthquake, which killed about 130 people and destroyed several buildings in the Anchorage area. On March 27, 1964, an earthquake measuring 9.2 on the Richter scale struck Alaska’s southern coast. It was one of the largest earthquakes ever recorded and was followed by tsunamis. 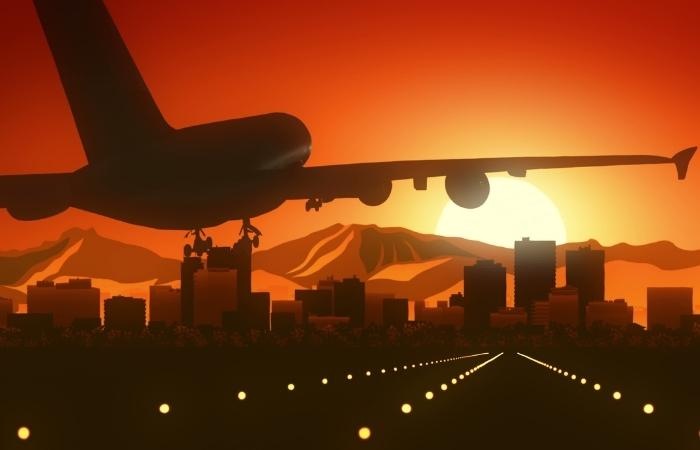 Anchorage, AK has the second busiest cargo airport in the world following Hong Kong. Due to its northern location, it is easy for many European countries to fly over the North Pole and into Anchorage and then sort things where they need to go further south. This is much more efficient flying straight west to the lower 48. 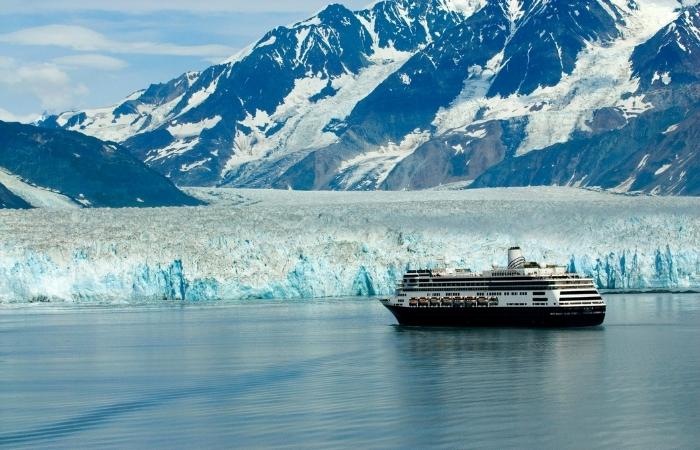 Alaska is well known for it’s many Alaskan cruises that are offered to the public. Travelers can choose from many different types of cruises, including general or luxury cruises which range in price up to thousands of dollars. 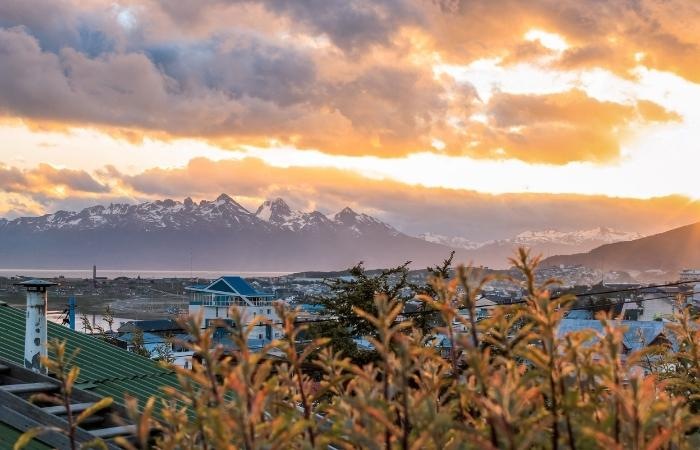 Alaska is also well known for its midnight sun, in the summer when the sun shines for 24 hours of the day. The midnight sun is the perfect setting for an outdoor summer wedding. 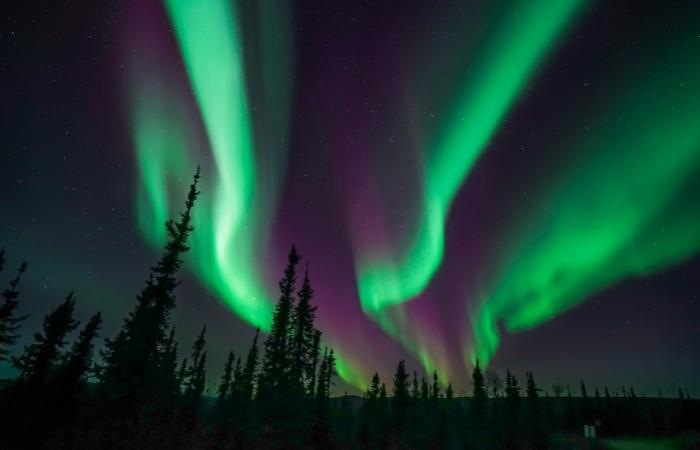 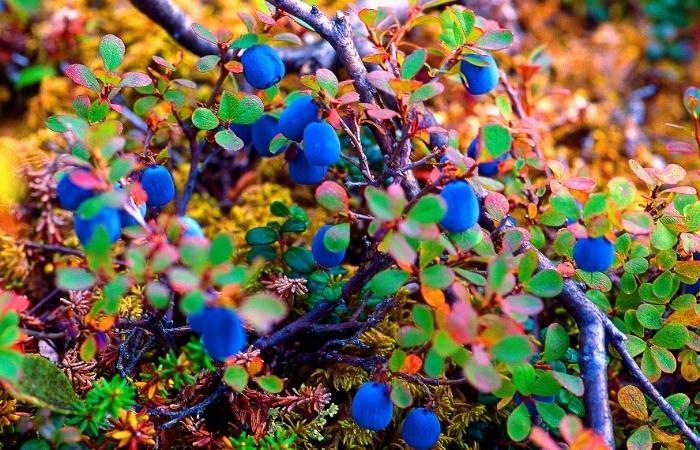 Alaska is known for its blueberries, which are abundant in the wild. The plant thrives in northern climates as it takes advantage of long summer days and the period of continuous sunlight that occurs in the summer. 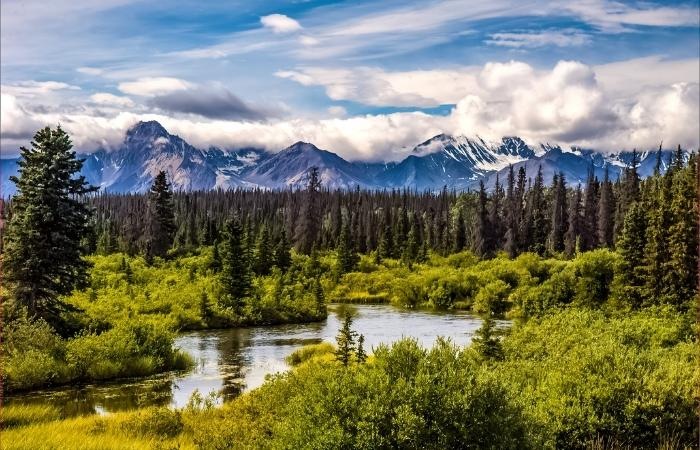 Alaska is a rugged place and it is well known for its vast wilderness and natural beauty. With over one hundred and eighty-five thousand square miles of land and more than fifty thousand miles of coastline, its approximately one fifth of the size of the entire lower 48 states. Alaska has forty-one mountain ranges and contains eight of North America’s seventeen tallest peaks. The highest peak is Denali at 20,310 feet tall. 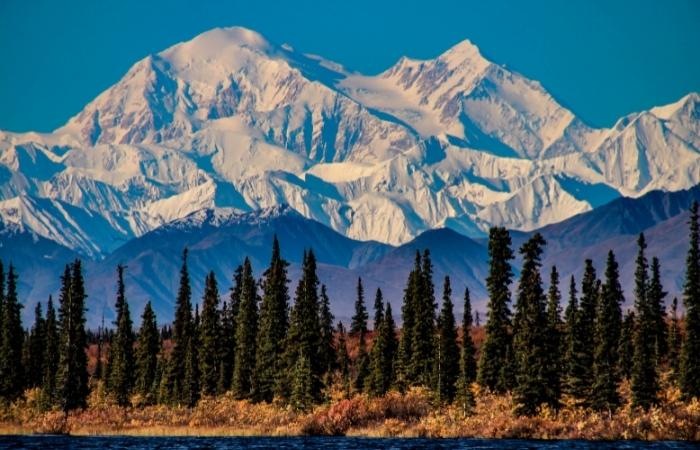 Denali Mountain is the highest peak in North America, and the third highest peak in the world. The name “Denali” means “The High One” in Koyukon Athabascan, and is often called the “Everest of North America.” Denali has an elevation of 20,310 feet (6,190 m), and prominence of 18,510 ft (5,670 m). 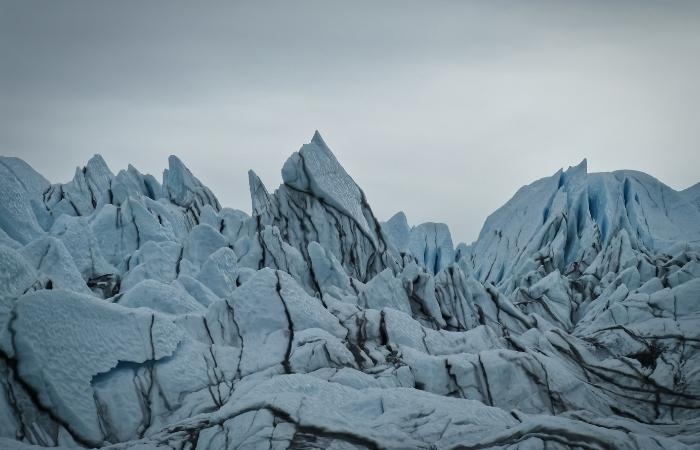 The glaciers in Alaska are some of the most intriguing and majestic features in the country. If you are fascinated by nature and landforms, Alaska can be a mecca for exploring glaciers up close. Glaciers are formed when more snow accumulates than melts each year, building on top of itself over hundreds and thousands of years. This accumulation eventually forms ice that continues to move. These massive sheets of ice are constantly changing shape and size due to melting in warmer seasons or getting buried in snow. 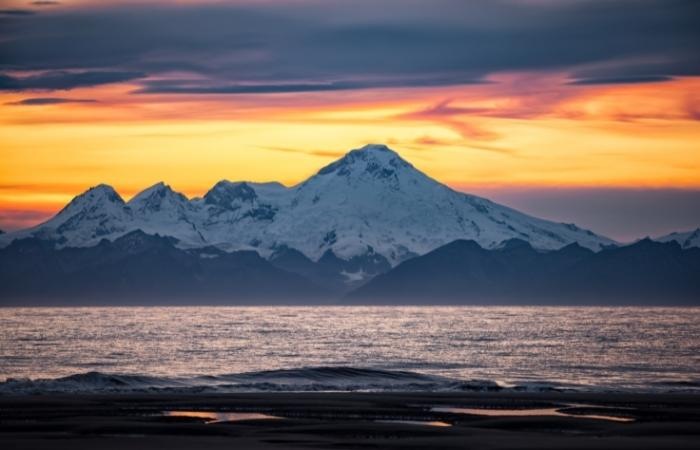 Alaska has many lakes within its borders. In fact, there are over 3 million lakes that cover 77,000 square miles or 12% of the state’s area. That is equal to nearly 4 Californias!

The largest lake in the state is Lake Iliamna, which covers about 200 square miles and can be found southwest of Anchorage. It has a maximum depth of 300 feet and an average depth of 40 feet. If it were placed inside the boundaries of Rhode Island it would take up 42% of the land space!

Another large body of water is Lake Clark between Anchorage and Bristol Bay, which covers about 100 square miles. Its maximum depth is 1,050 feet but its average depth is 250-650 feet deep. This makes it deeper than Lake Tahoe. 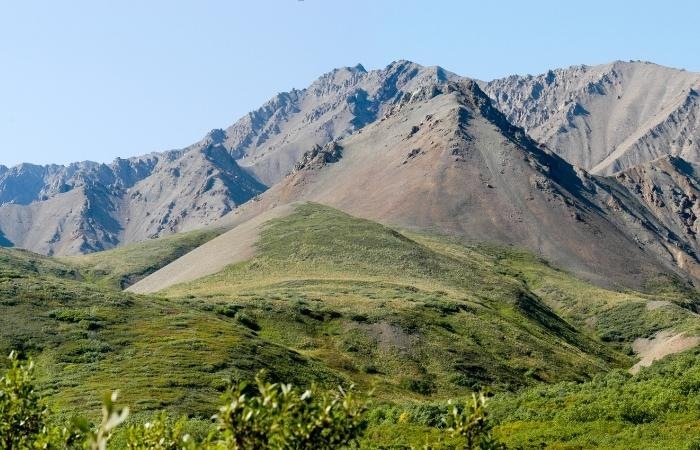 Alaska has many beautiful national parks. Some of these national parks include Kenai Fjords, Katmai and Gates of the Arctic National Park. 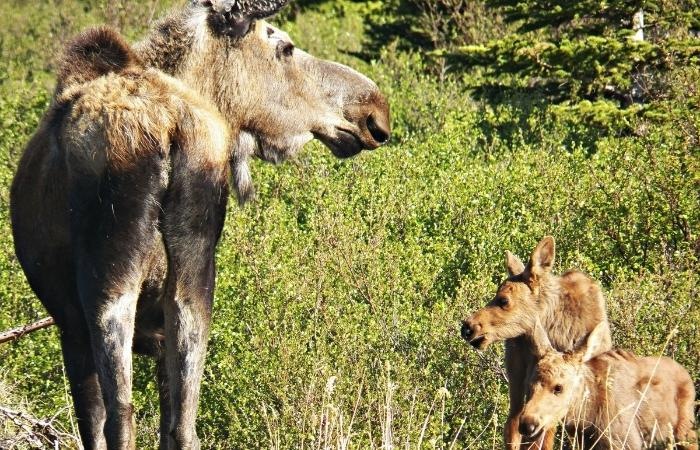 Alaska is home to a wide variety of wildlife, including brown and black bears, moose, caribou, walruses, seals, puffins, and beluga whales. 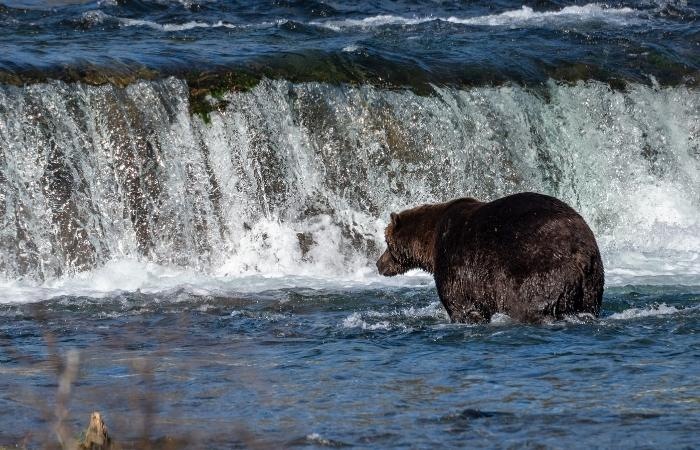 Bears are plentiful in Alaska; the coastal regions in particular offer abundant opportunities to view and photograph these magnificent creatures in their natural environment. 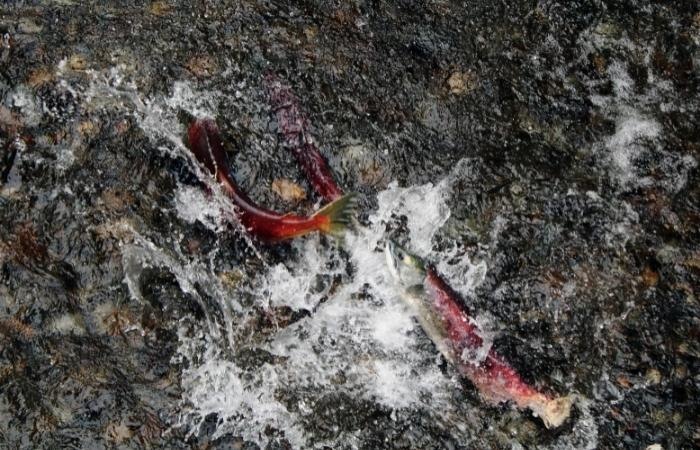 Salmon is still plentiful in Alaska, relative to other parts of the world, and is a big part of the economy. Salmon a very important food source for Alaskans and it even ranks in the top five foods of Alaska. It is so popular because it can be caught in abundance, used in all sorts of dishes, and is healthy due to the Omega-3 fatty acid. 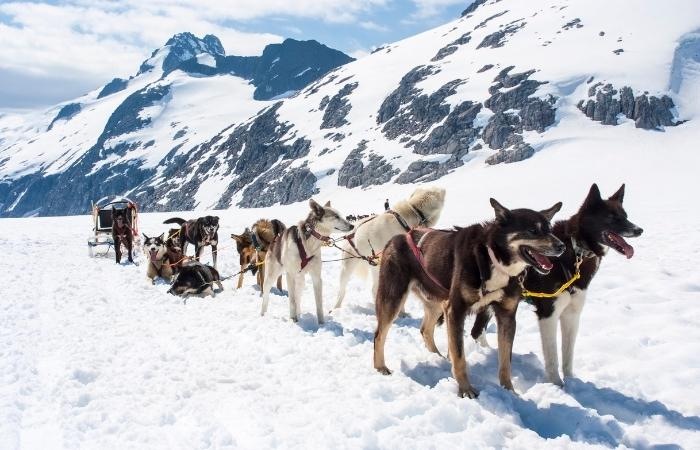 Dog sledding in Alaska is a popular winter activity. You can go dog sledding in multiple places across the state, including Fairbanks and Denali National Park and Preserve. During dog sledding, you can either ride on the back of the sled as it is pulled by a team of Alaskan huskies or you can take the reigns and mush the sled yourself.

Alaska is known for its rich Indigenous culture. The first inhabitants of North America reached Alaska at least 10,000 years ago and perhaps have lived in the area for much longer.

Thousands of these people were still actively hunting and fishing when settlers first arrived in the latter part of the 18th century. Early traders and explorers, including Captain James Cook and Sir Alexander Mackenzie, encountered these people by the mid-18th century. 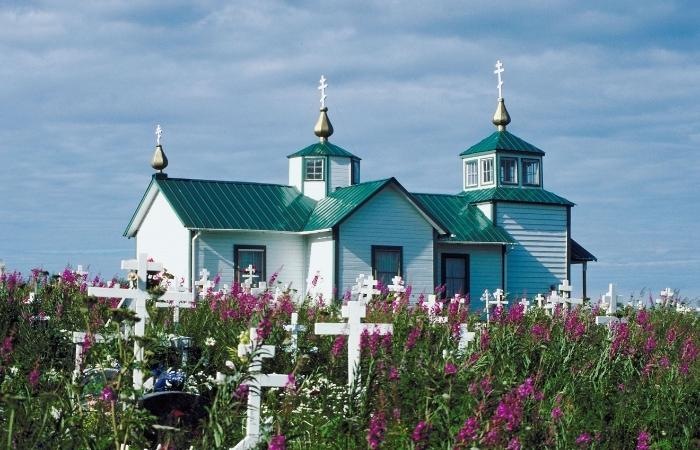 The Russian Orthodox Church became the first successful Christian mission in what is now Alaska. The church sent monks to the area to spread the word of God and convert Indigenous people to Christianity. 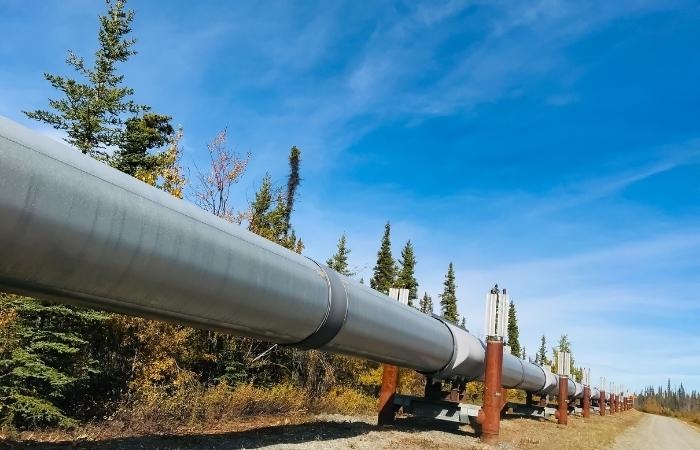 The trans-Alaska pipeline is a pipeline system in the U.S that starts at Prudhoe Bay on Alaska’s North Slope and ends in Valdez, Alaska. The length of the entire pipeline system is 4,800 kilometres (3,000 miles). The pipeline began full operation in 1977.

The Trans-Alaska Pipeline is one of the world’s largest pipeline systems, and one of the few large-scale projects in North America to use a combination of elevated and buried pipelines. 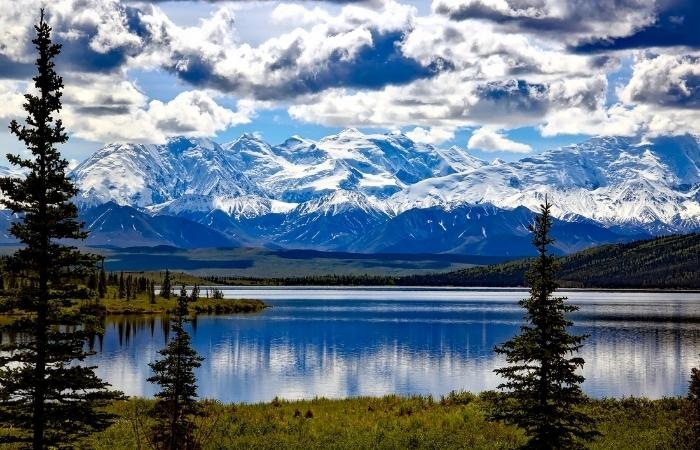 Alaska is a vast natural wonderland worth exploring. From it’s beautiful rugged coastline to the snow capped glaciers it truly is a sight to see.