Top 22 Things Dallas is Known For & Famous For 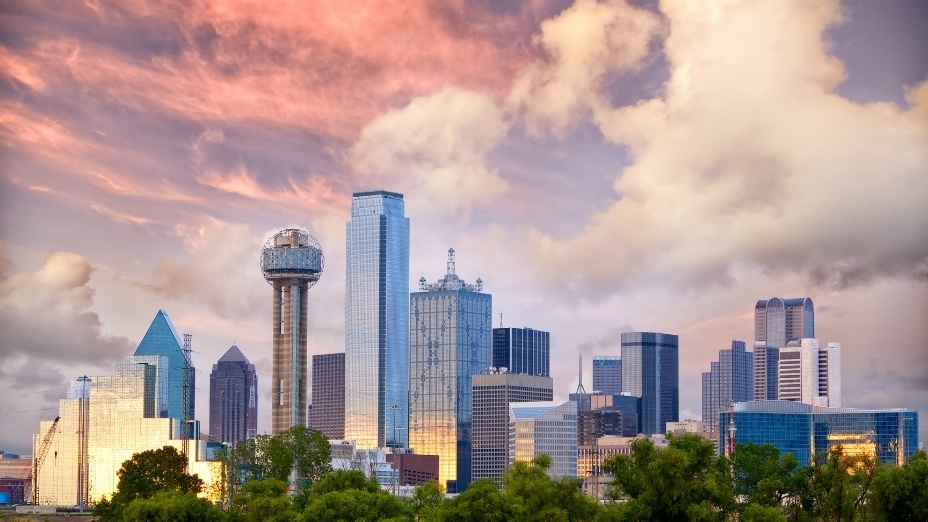 What Dallas, Texas is Known For & Famous For

Are you thinking of taking a trip to the Southwest or just looking to brush up on your U.S. knowledge? Dallas is the ninth-largest city in the U.S., but it’s known for more than its massive size! Dallas is also one of the top 7 cities the state of Texas is known for.

Dallas, Texas is known for its cotton and oil production, as well as being the assassination site of President John F. Kennedy. Modern Dallas is a hub for transport, finance, and telecommunications companies. Culturally, Dallas is recognized for the Dallas Cowboys football team.

This article will show you what Dallas is known for and explain what makes the area so popular, and populated. Then, I’ll discuss common questions about the city’s culture, food, and economy.

To help illustrate what Dallas is known for, let’s start with some quick facts about the city.

Why Is Dallas So Popular?

Dallas is the 9th most populous city in the U.S. According to a 2019 estimate, over 1.3 million people live in Dallas. It’s not as well-known as Los Angeles or NYC, so you might wonder why Dallas is drawing in all these people!

Dallas owes much of its popularity to its booming business sector and excellent housing market. Twenty-one Fortune 500 companies are headquartered in the Dallas-Fort Worth area, including AT&T and American Airlines. It’s also packed with restaurants and is home to the largest urban arts district.

Students also flock to Dallas’ high schools and universities, among which are some of the best-ranked schools in the US. For example, the Magnet School for the Talented and Gifted (TAG) was ranked the number one public school in the US in 2015.

Which Famous People Are From Dallas?

While Dallas is a popular city to relocate to, it’s also known as the birthplace and childhood home of many famous faces. See if you recognize any of these celebrities who call Dallas home.

What Tourist Attractions is Dallas Known For?

Even though it has a growing population, Dallas is also worth passing through as a tourist. As an ethnically diverse city, Dallas is a cultural melting pot with a lot for visitors to experience.

Here are some interesting locations to check out while you’re in the city:

This location prides itself on being the first planned shopping center in America. It paved the way for numerous other shopping complexes in Dallas, which has the highest number of shopping centers per capita in a U.S. city.

Highland Park Village is now home to high-end stores like Dior and Alexander McQueen, while also boasting some cool Mediterranean architecture and fancy restaurants. If you’re big on shopping, you should also check out the Dallas Galleria and NorthPark Center, two other major Texan malls with more upscale stores.

Designated as a National Historic Landmark on the 30th anniversary of President John F. Kennedy’s (J.F.K.) assassination, this city park is packed with history. Before the infamous presidential shooting, the park was known as the “birthplace of Dallas.”

The first home in Dallas was built here, which later became the first store, courthouse, and post office.

After J.F.K. ‘s death, the John F. Kennedy Memorial honoring his legacy was built one block away from the plaza. Visitors can walk into the cenotaph, which bears a plaque with the late president’s name in its center.

Tourists also flock to Dealey Plaza’s Grassy Knoll, which is the subject of many conspiracy theories surrounding the shooting.

Another remnant of the J.F.K. shooting, this museum at Dealey Plaza hosts a wealth of information about the assassination. It’s a popular haunt for amateur investigators and conspiracy theorists. According to its site, more than 400,000 people visit the museum each year.

The Sixth Floor Museum is hosted within the former Texas School Book Depository building. A sniper’s perch and rifle were discovered in this location following J.F.K.’s assassination. They were later identified as belonging to the shooter, Lee Harvey Oswald.

Admission to the museum is $18 for adults, with various concession prices available.

The Arts District contains a web of 13 performing and visual arts facilities and organizations, and it’s somewhere you’ll need to visit multiple times to experience everything. The Dallas Museum of Art is located here.

It’s one of the most prominent art museums in the country, with a collection of more than 24,000 objects spanning five millennia.

Stop by the Crow Collection of Asian Art while you’re in this district, too. Its unique collection includes fascinating artifacts from Japan, China, India, and Southeast Asia. Maybe you could catch a performance at the venues surrounding Sammons Park, like the Wyly Theatre or the Margot and Bill Winspear Opera House.

As night falls, Reunion Tower is a beacon of light in downtown Dallas. Take an elevator 470 feet up to the top of the tower and get a 360-degree view of the Dallas skyline. The tower has an indoor and outdoor observation deck and displays its own programmed light shows.

General admission to Reunion Tower starts at $9 per person.

What Food Is Dallas Known For?

You’ll never go hungry in Dallas, as it has the most restaurants per capita in the United States. Cuisine in Dallas is varied, but it’s known for some specific foods.

Like most of Texas, Dallas is known for its Tex-Mex cuisine – a unique blend of Texan and Mexican tastes, heavy on spices, cheese, and tortilla. Mexican food is also hugely popular in Dallas, alongside barbecue.

While in Dallas, you should try some iconic local food. Chile con queso is a staple appetizer here, alongside chicken-fried steak and fried okra. Grilled and fried meat is a massive deal in Dallas – and endless barbecue joints in the area offer T-bone steaks, barbecued pork, and slow-cooked brisket.

Pecans are the official nut of Texas, so they’re naturally used in all kinds of Dallas desserts, like pecan pie and pecan pralines.

The frozen margarita machine was invented in Dallas, and the drink is a cooling contrast to Dallas’ spicy cuisine.

With so many restaurants, Dallas has food from almost every culture. Eater Dallas highlights all sorts of restaurants, from Korean street food to Nepalese café fare, burgers to burritos.

For where to get the best foods, check out this Dallas food guide here.

Is Dallas Expensive To Live In?

If you’re considering making your stay in Dallas permanent, finances will be a significant deciding factor.

Additionally, the average cost of groceries in Dallas is 5% below the national average, possibly due to the high number of nearby food processing plants, including Dean Foods.

Transportation expenses are 1% cheaper than the rest of the U.S., which is likely due to the proximity of Texan oil fields. You can expect to pay less to fill your tank in Texas, which is good because you’ll probably be driving a lot in this massive state!

Regardless, the expensive housing market is a concern for those with lower incomes. The median rent in Dallas is $1,140 per month. Plus, you’ll be spending a lot on your energy bills with utility prices which are, on average, 4% higher than those throughout the rest of the nation.

How Much Money Do You Need To Live Comfortably in Dallas?

Hey, don’t worry; you don’t have to be an oil tycoon to live comfortably in Dallas.

As a single adult working full-time, the Living Wage Calculator estimates that you would need to earn $15.21 per hour to live comfortably in Dallas. If living costs are shared between two working adults, the living wage dips to $12.06 per hour.

For two working adults with two children, each adult should aspire to earn $20.43 per hour.

How much money you need to live comfortably in Dallas is dependent on which part of the city you settle in, the size of your household, and your number of expenses. Dallas’ unemployment rate sits comfortably below the national average, and the city has numerous employment opportunities.

According to Salary Expert, the average hourly rate in Dallas is $29, so it’s more than possible to earn a living wage there, but it depends on your occupation.

Dallas, Texas, is a colossal city with a wealth of post-colonial history. It’s known for many things, from its beginnings as a railroad stop to its modern-day metroplex boasting billion-dollar businesses.

Dallas is known for its business opportunities, bustling airport, arts district, and history of cotton and oil production.

Dallas is also recognized as the site of President Kennedy’s assassination and the location of the State Fair of Texas. A popular 80s TV show was set here, and it’s the home of the Dallas Cowboys football team.

For a more in-depth guide to the Dallas/Fort Worth area, check out this guide on Amazon.