Top 24 Things Kansas is Known For & Famous For 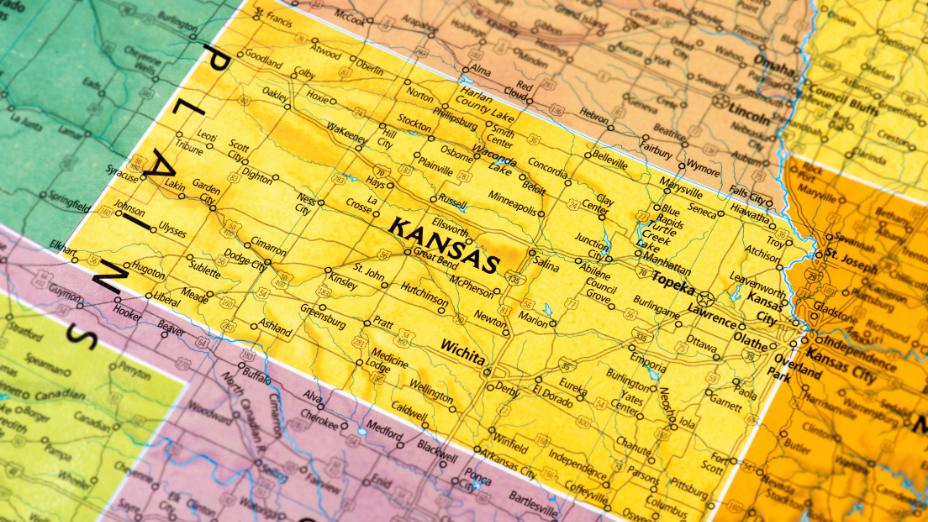 What Is Kansas Known For & Famous For?

Located right in the middle of the United States, Kansas is a state that is often overlooked and misunderstood. People in Kansas call it the Sunflower State, the Wheat State, and the Jayhawk State, but what makes Kansas so special?

You’ve probably heard the phrase, “we’re not in Kansas anymore!”, but do you know exactly what is in Kansas? Below, I will describe all the things that Kansas is known and famous for.

Known As the Sunflower State, Wheat State, and Jayhawk State

The term “Sunflower State” comes from the state flower of Kansas. The state government decided to name the Sunflower as the state symbol in 1903. You can find fields of sunflowers throughout the state blooming with stunning sunflowers that can grow well over three feet tall.

Kansas is also known as the wheat state by most people in the agricultural industry. This state is one of the nation’s leading wheat producers, which is used in tons of products, most notably bread and cake mixes.

Ad Astra per Aspera Is the State Motto

The state motto of Kansas is “Ad Astra per Aspera,” which means to the stars through difficulty. This inspirational saying was coined in 1961 and meant, “The aspiration of Kansas is to reach the unattainable; its dream is the realization of the impossible.”

The Center of the Continental U.S.

Kansas is also known for being the exact center of the continental United States. The state is landlocked (meaning it touches no oceans) and located between four states. Above Kansas is Nebraska, and below it is Oklahoma. Missouri is to its east and Colorado to its west. To get to any beach in the US from Kansas, you will likely have to drive for twenty or more hours!

Wichita, located in southeast Kansas, is a large and bustling city. Wichita is home to museums, nature centers, and performing arts venues. The population of Wichita is nearly 400,000 people, making it one of the most populous cities in Kansas.

You will also find several universities in Wichita, such as Wichita University and Friends University. Wichita University is known as the most affordable college in the region and is the number one transfer university in Kansas. The following YouTube video will show you a tour of its classic college campus:

Dodge City, Kansas, is known for its old-time feel and historic town center. It was one of the wild frontier towns during the Wild West era. One is transported back in time when they visit Dodge City. Its historical society has preserved many buildings, artifacts, and signs that help visitors get a feel for what the Wild West was like.

Additionally, Dodge City is home to the Cowboy Hall of Fame, the Boot Hill Museum, and the Santa Fe Trail Museum.

Kansas was the site of the landmark case Brown v. Board of Education, which proved to be a pivotal turning point in U.S. history and education as we know it. The historic site where this landmark ruling took place is in Topeka, Kansas.

In 1915, the Brown family came to the court to argue that segregation in schools violated the 14th Amendment. Though schools were deemed “separate but equal,” it was clear that segregated schools were harmful to black and white children alike.

The Brown v. Board of Education ruling ultimately led to schools becoming desegregated across the entire country. One can visit the historic site of this case in Topeka, Kansas and learn more about the history behind this monumental case.

Another gem in Wichita is the Museum of World Treasures. This museum has items and information related to world history, including mummies, a shrunken head, and even the signatures of each president. The museum is not dedicated to one particular era, culture, or location. There are all kinds of “treasures” from each era, going as far back as the fossil ages.

The Air Capital of the World

Kansas is known for being the air capital of the world. Although air quality is generally very good throughout the state, this nickname doesn’t have anything to do with air quality!

Kansas actually earned this title in 1929 because of its involvement in aircraft production. Residents from Kansas took to engineering, designing, and creating parts for Beechcraft, Cessna, and other popular aircraft manufacturers. Kansas is still a leading supplier and manufacturer of airplane parts across the US.

Kansas is also known to be rich in oil wells, making the state a hub for the oil and gas industry. Driving through Kansas, you’ll often see oil and gas wells lining the interstates. The following video describes the oil industry in Kansas in more detail:

Kansas is one of the leading suppliers of beef cattle, with a large population of beef and cattle farmers. Kansas beef is often shipped across the US and lands in grocery stores near you as ground beef, steaks, and more. If you are visiting Kansas soon, you can’t leave the steak without trying some of their famous beef!

Wheat Capital of the World

One of the most iconic visions people get when they think of Kansas is an image of large fields of tall wheat. We mentioned earlier that Kansas is known as the Wheat State because of its large wheat production. Well, it is also known as the wheat capital of the world, and one can find many wheat farms open for tours!

The wheat industry is one of the largest employers in Kansas, not just employing people in the farming field but also in data collection and logistics positions.

Largest Grain Elevator in the World

A grain elevator is a device for loading grain into a building. In Kansas, you will find the largest grain elevator in the world! This elevator is located in the town of Hutchinson and, as soon as you see it, you’ll be able to tell that it’s huge. This video shows the inside of one of these grain elevators at work:

Kansas is home to the Great Plains, a region of the US consisting almost entirely of vast plains. A plain can be described as an area with only flat land, mostly made up of grass. Plains generally do not have hills, rock formations, or mountains and usually don’t have significant water features such as rivers or lakes.

The entire state of Kansas is a part of the Great Plains, along with Nebraska, South Dakota, and North Dakota.

The Great Plains region has many native animals, including:

If you’re a fan of wildlife, make sure to spend some time at the Kansas City Zoo (which is technically in Missouri, but very close to the Kansas border!).

Famously depicted in the book and movie The Wizard of Oz, tornadoes are another famous feature of Kansas. The Wizard of Oz begins with the main character, Dorothy, being swept away by a tornado and landing in Oz. Although you likely won’t land in Oz if you get caught up in a tornado, Kansas does experience tornados very often!

Kansas can be known for its extreme conditions during both summer and winter. Because it is located smack in the middle of the country, Kansas often experiences the worst of all four seasons.

The climate in Kansas includes hot summers, which are often humid, and cold, snowy winters. While people on the coasts usually only need to worry about either winter or summer, Kansas residents need to be prepared to handle both.

The Wizard of Oz

As mentioned above, the Wizard of Oz takes place in Kansas. Famously, Dorothy speaks the line, “Toto, I have a feeling we are not in Kansas anymore,” when a tornado whips up her trailer home and sends her to Oz. This video below shows the famous scene in the movie:

Though this line and depiction of Kansas are very famous, the book’s author was mainly inspired by his home in South Dakota while writing. However, the story still took place in Kansas, and there is even a museum (as well as a few famous eateries, namely Toto’s TacOZ) to honor this work of art.

Home to the Tallest Waterslide in the World

The tallest waterslide in the world used to be in Kansas. This slide was on the Kansas side of Kansas City, was 168 feet 7 inches (51.38 m) tall, and was open from 2014 to 2016. The slide’s name, Verrückt, means “insane” in German. The slide ultimately closed after it caused the death of the son of a member of the Kansas House of Representatives.

First Woman Mayor in the U.S. in Argonia

The Discovery of Helium

Helium, the element that helps balloons float, was discovered in Kansas. University workers found helium in natural gas in Dexter, Kansas in 1905. Notably, they realized that this gas wouldn’t burn, realizing it was different from the natural gasses already discovered. It was later added to the periodic table of elements.

Invention of the Helicopter

The helicopter was invented by Kansas natives, though the first flight didn’t take place there. Kansas residents designed the blueprint for the first helicopter. The inventor of the helicopter didn’t ever take his invention on a free flight and only flew it while tied to the ground by ropes!

Amelia Earhart Was From Kansas

Amelia Earhart, famous for her connection with aviation and feminism, was born in Atchinson, Kansas in 1897. Though many think she was the first female pilot in history, this is not true. Earhart is actually celebrated for being the first female aviator to fly on her own across the Atlantic Ocean.

Birthplace of the Civil War

A battle called Bleeding Kansas happened before the Civil War when anti-slavery and pro-slavery advocates fought against each other violently. This event took place between 1854 and 1859.

Eventually, this conflict would lead to what we now know as the Civil War, which helped determine whether slavery should be allowed in the country.

As you now know, Kansas is a wonderfully diverse state with plenty of attractions and notable facts. Whether you’re looking for your next vacation spot or simply want something to do as you drive through Kansas on your cross-country adventure, there’s something for everyone in the Sunflower State!