Top 23 Things North Dakota is Known For & Famous For 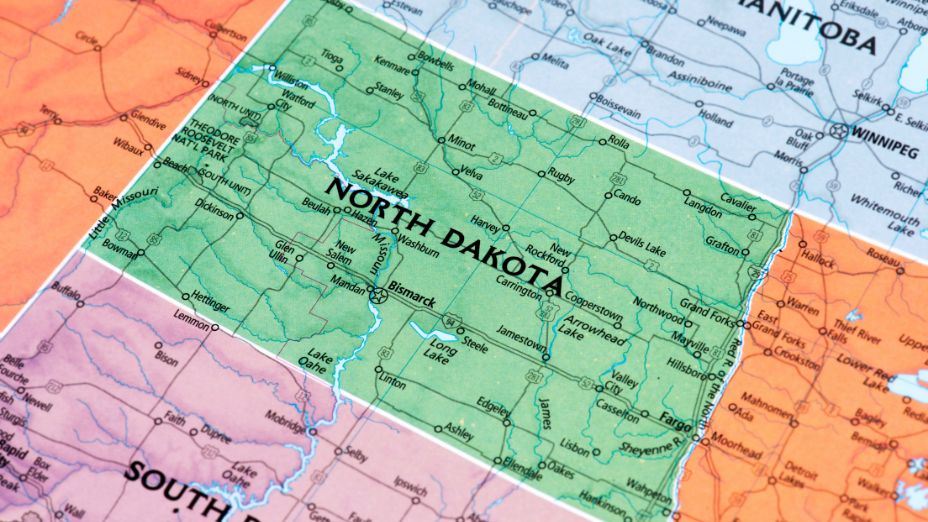 What Is North Dakota Known for & Famous For?

North Dakota is a beautiful US state on the northern border of the United States and Manitoba, Canada. The state has interesting nicknames, including Sioux State, Flickertail State, and Rough Rider State, and the official nickname is Peace Garden State. So, what is North Dakota known for and famous for?

North Dakota is known for and is famous for its nicknames, scenic landscape, natural resources, industries, and agriculture. It also has a Native American culture, great cities, the “world’s largest buffalo,” and wildlife refuges. North Dakota also had a major impact on Theodore Roosevelt’s life.

This article will tell you more about what North Dakota is known for and famous for. I’ll also explain how North Dakota got the different nicknames and what they signify. Here we go.

The state of North Dakota has different nicknames, and each nickname is significant. Let’s take a quick look at the nicknames and how they came about.

The first Native Americans to settle in the North Dakota area were the Sioux, who were a group of tribes with a rich history and were great at hunting the bison in the area. North Dakota got the nickname Sioux State because of the Sioux tribes and their bison hunting skills.

The other North Dakota nickname is Flickertail State, which came about because there are numerous Richardson ground squirrels in this state. The squirrels are known for jerking or flicking their tails as they run or enter their burrows.

Some of Theodore Roosevelt’s Roughriders were from North Dakota during the Spanish-American war. A tourism promotion by the state in the 1960s dubbed North Dakota as the Rough Rider State.

However, bills to make Rough Rider State the official nickname of North Dakota didn’t go through.

Almost every route in this state has scenic landscapes with golden, red, and pristine green backdrops.

The best way to enjoy the scenic landscape is using the back-ways and byways using a bike or car. The back roads in North Dakota are dirt and gravel roads, while byways are well-paved surfaces.

Some of the scenic landscape in North Dakota includes:

The other natural resources in North Dakota are:

Agriculture Industry (More Than 90% of the Land Is Farmland)

Some of the animals and crops that do well in North Dakota include:

Interestingly, North Dakota is the leading producer of honey in the US because the climate here is excellent. In the summer, numerous flowers produce nectar, and the bees use the nectar to make honey.

For instance, North Dakota earned more than $61 million from honey in 2020.

The state has an excellent beekeeping program known as the Apiary Program, which provides support to beekeepers, thus making the beekeeping industry in North Dakota thrive.

Some native American tribes in North Dakota include:

Bismarck has been North Dakota’s capital city since 1889. Bismarck has the North Dakota State Capitol, which has 21 stories making it the tallest building in the state. It is a health care and retail hub with significant historical monuments, incredible landmarks, reserves, parks, and restaurants.

Some of the beautiful attractions in Bismarck include:

Fargo is the largest city in North Dakota and the most heavily populated city.

Apart from being an education center, it is also an industrial, health care, business, and cultural center. Fargo boasts of the North Dakota State University and the famous Fargo Air Museum. It’s also a vibrant city full of beautiful attractions.

Some of the beautiful attractions in Fargo include:

Fargo Air Museum is one of the things North Dakota is known for and famous for. The museum is at Hector International Airport in Fargo, and the main attraction is the numerous historical aircraft and an extensive aircraft library.

According to the Fargo Air Museum, 90% of historic aircraft are in flying condition.

The mission of Fargo Air Museum is to promote aviation through restoration, preservation, and education. Some of the historic aircraft you will see at this museum include:

Bonanzaville is a historical museum in West Fargo, and Cass County Historical Society owns it. The 40 buildings are set in a kind of pioneer village. When you get to Bonanzaville, you feel like you live in the 1800s and early 1900s.

The attractions at Bonanzaville include original structures relocated to the museum from different regions.

The attractions at Bonanzaville include:

The sculpture features a buffalo in memory of the importance of bison in North Dakota’s history.

The monument is a concrete giant that stands tall on a hill on Louis L’Amour Lane, was built using 60 tons (54.43 metric tons) of concrete, and is 26’ (7.92 m) tall. A sculptor and art professor designed the monument, and the community members and professional construction workers constructed it.

Jamestown, ND, whose nickname is “Pride of the Prairie” or Buffalo City, is also known for and famous for:

North Dakota Had a Major Impact on Theodore Roosevelt’s Life

You can see Theodore Roosevelt’s legacy throughout North Dakota. Even after he became president, he would go to refresh his spirit in the North Dakota badlands.

He visited the badlands a few months before he died in 1918.

Interestingly, it’s the only national park in the USA that bears one person’s name.

Theodore Roosevelt National Park is in badlands around the west of North Dakota. When you visit the national park, you will see the Little Missouri River, open prairie, wildlife such as bison, and hardwood draws.

The scenery in this national park is dramatic, and the recreational activities are fantastic.

Fort Abraham Lincoln is a park in Mandan, North Dakota, and consists of the Custer House and other reconstructed military buildings. The park opened its doors in 1907, making it North Dakota’s oldest state park.

A visit to the park is fascinating and unforgettable as it includes:

North Dakota is known and famous for The Enchanted Highway, a highway lined up with some of the enormous scrap metal sculptures in the world. Sculptor Gary Greff made the sculptures that beautify the 51 km (31.7 miles) of the road in the Regent area, North Dakota.

There are seven sculptures, and each is awesome and unique.

One of the sculptures, “Geese in Flight,” is so huge that it’s entered the Guinness Book of Records as the world’s biggest scrap metal sculpture.

The other sculptures depict:

North Dakota is famous for the International Peace Garden (IPG), which sits at the border between North Dakota and Manitoba, Canada. It’s among the most iconic and symbolic attractions in the USA.

People from both the United States and Canada flock there as a sign of friendship and peace between the two countries.

The International Peace Garden has been around since 1932 and covers over 2,000 acres (809.37 hectares). There is so much peace in the garden, as it’s a place where nature and people meet.

Here’s what you’ll find in this breathtaking garden:

Fort Mandan is famous in the history of North Dakota, as it was a temporary camp that Clark and Lewis built from 1804 to 1805. Lewis and Clark are prominent American soldiers who led an expedition to cross the western portion of America after the Louisiana Purchase.

Fort Mandan was on the Missouri River in North Dakota.

You’ll find The Lewis & Clark Interpretive Center at Fort Mandan, and when you visit this center, you find interpreters who tell you about Lewis and Clark’s expedition.

You also experience the following at The Lewis & Clark Interpretive Center:

North Dakota is famous for Potato Bowl USA, which is a weeklong event that brings together the Red River Valley Potato industry and the University Of North Dakota. Potato Bowl USA started in 1965 and has become the largest French fry feed.

The festival becomes bigger each year, and fans feed on thousands of tons of French fries.

The Potato Bowl USA is an excellent opportunity for fun and feasting on French fries. The event celebrates football and potatoes and features fun activities such as inflatable playhouses, a bicycle stunt show, and fireworks.

In the wildlife refuges here, you see and get up close with many animals and birds, such as:

Some of the famous wildlife refuges in North Dakota are:

North Dakota is known for and is famous for numerous things, so no wonder it has so many nicknames. In addition, the cuisine in North Dakota is diverse and comes from the Native American, German, and Norwegian influences.

The population of North Dakota in 2022 is 774,008, making it the 47th most densely populated US state. The sparse population is because the state uses 90% of the land for farming, which takes up colossal land.

Despite the sparse population, North Dakota is an excellent state with lots to offer residents and visitors.