13+ Interesting Things Denver, CO is Known For and Famous For 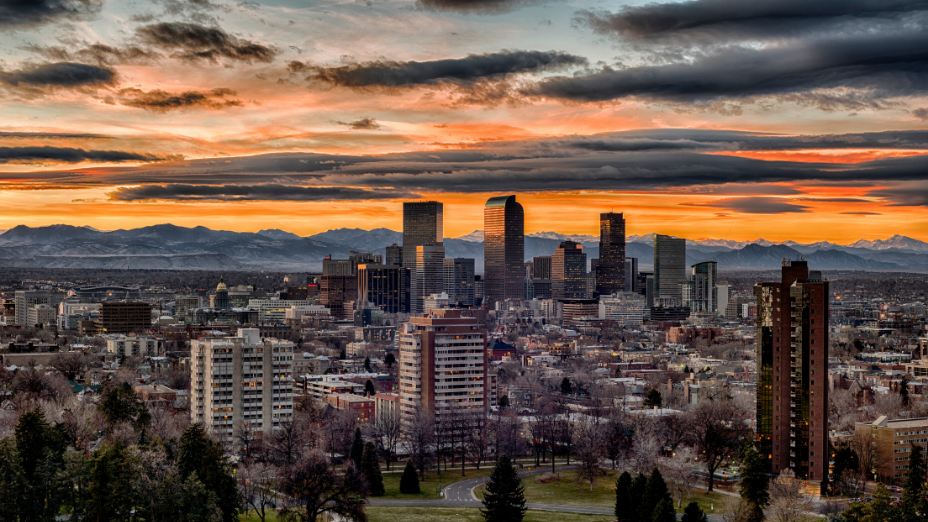 What Is Denver Known For?

Colorado’s capital city, Denver, is nestled just below the Rocky Mountains in the South Platte River Valley. It earned the nickname “The Mile High City” because its official elevation is exactly one mile above sea level. Still, the nickname has taken on a double meaning since the state legalized recreational marijuana use in 2014.

Denver is known for its extensive outdoor recreation opportunities, support for arts and science, and a rich food and brewery scene. The city led the charge to decriminalize marijuana possession, which led to statewide legalization. It was also the first city to decriminalize psilocybin mushrooms.

Denver has a long history of productive civic engagement, from its time as a collection of mining settlements up to the present day. What Denverites want, Denverites tend to get! Read on to learn more about what defines the Mile High City and why its residents love it. 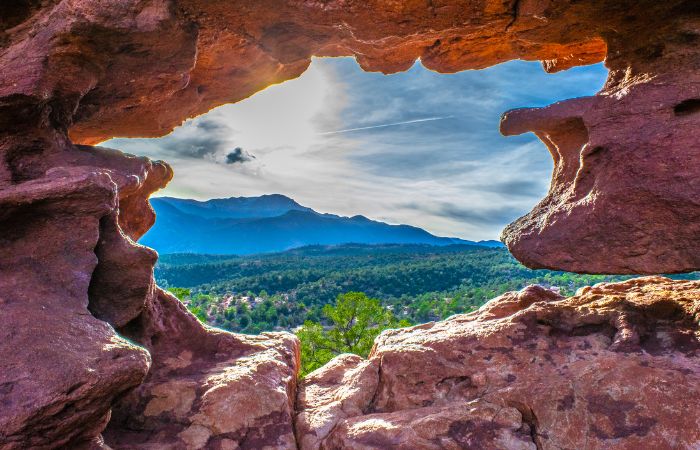 A Brief History of Denver, Colorado

Denver was originally a collection of settlements and mining towns founded during the Pike’s Peak Gold Rush of the 1850s. A prospector named William Larimer established a settlement he called Denver City on land that was part of the St. Charles Town Claim. Larimer threatened the St. Charles official (and bribed him with whiskey) to give up the claim, allowing Denver City to become the official town.

One of the first instances of Denver citizens banding together to get what they wanted was in the 1860s when the transcontinental railroad route skipped Denver in favor of Cheyenne, Wyoming. The Denver citizens fundraised to add a Denver link to the system. While their funds fell short, they built the railroad anyway, which helped ensure that Denver would continue to thrive.

Since then, Denver has continued to grow and flourish into one of the largest cities in the Intermountain West. Today, it’s a large metropolitan area surrounded by abundant parkland and outdoor resources. It has a highly educated workforce and one of the lowest rates of homelessness in the nation, giving it the prosperity the early gold-hunters could only dream of. 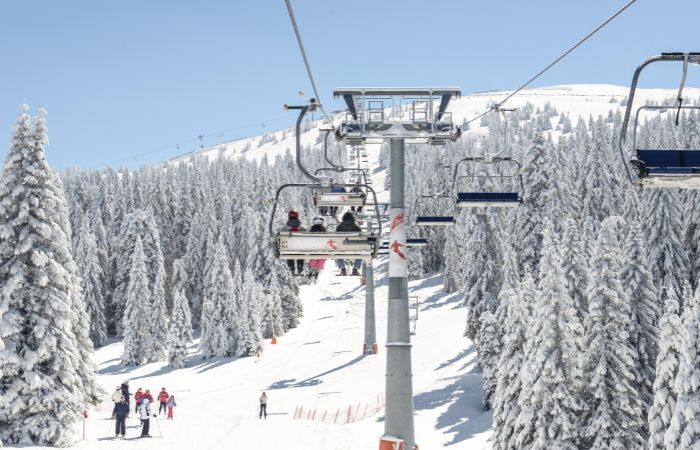 Denver is synonymous in the West with outdoor recreation. The city has over 200 parks within the city limits and 14,000 acres of mountain parks in the Rocky Mountain foothills. The mountain parklands are outside of the city limits, but the city owns and manages them to preserve the city’s natural setting.

The mountain parks include land for recreation as well as wildlife preserves and undeveloped areas. Dating back to 1909, this land is part of what cements Denver’s reputation as a place for people who love the great outdoors.

Denver residents would agree; Denver is the only city ever to reject an Olympic bid, and it did so over concerns about damage to the environment. The 1976 Winter Games were set to happen in Denver, but in a 1972 vote, the city refused to fund them, forcing the Games to move to Austria in 1976.

In the winter, it’s easy to find skiing in and around Denver. The Winter Park Ski Resort is within the city limits, and there are half a dozen other ski areas in the greater Denver area, including Vail. But ski resorts aren’t limited to winter fun.

In the summer months, ski resorts in Denver open for activities like mountain biking and hiking trails, scenic gondola rides, and alpine slides. The longest alpine slide in Colorado is in Denver’s Winter Park. Denver’s natural beauty exists all year-round, and so do outdoor activities.

The outdoor beauty of the Denver area is unmatched, but the city boasts plenty of other activities and cultural accomplishments. In 1988, Denver citizens passed legislation to designate a 1% sales tax to support science and the arts in their community. This tax, the SCFD, has been renewed continuously ever since and has expanded to include six other counties.

Most of the city’s largest cultural centers benefit from this tax and receive at least some funding this way. The monetary commitment to these important institutions has also contributed to Denver’s reputation as a place for superior arts and culture in the West.

The institutions dedicated to the arts, science, and nature are as follows:

The Denver Performing Arts Complex is a four-block complex of performance spaces. It’s home to theater, dance, and musical performances in Denver for both local companies and touring groups. There’s also a sculpture garden at one end of the complex, making it a truly artistic destination.

The Denver Museum of Nature and Science

The Denver Museum of Nature and Science is a natural history and science museum specializing in the Rocky Mountain region. The museum has an extensive anthropology collection and wildlife dioramas with animal specimens from all over the world.

The 125-year-old zoo was the first zoo in America to display animals in a more natural habitat, rather than behind bars or in cages. It’s on the National Register of Historic Places and the zoo today is still committed to continually benefiting the animals it houses. The zoo upholds education and conservation, both inside their park and in the wider world, making them a true example of the Denver commitment to preserving the natural world.

The seats and theater stage were built in the late 1930s, and the theater officially opened in 1941. It’s been host to dozens of popular artists during its history, including the Beatles, U2, the Grateful Dead, Diana Ross, and a particularly tumultuous Jethro Tull performance. 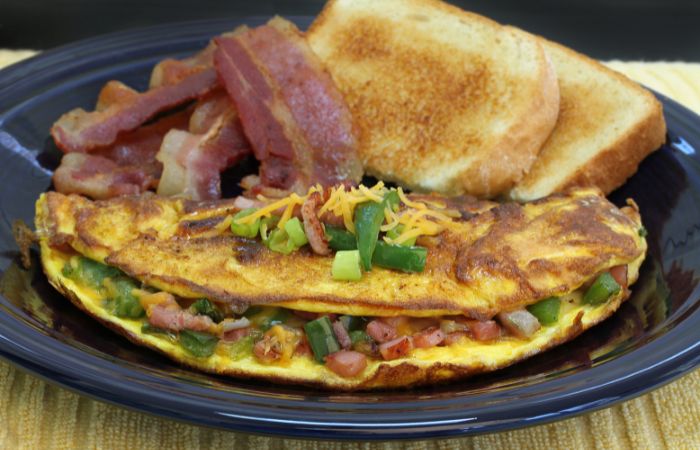 The Mile High City isn’t just a great place to drink–it’s also a great place to eat. Denver is home to plenty of fine dining and haute cuisine, but it also has a handful of signature dishes that have gotten it plenty of attention over the years.

The Denver Omelet and the Denver Sandwich

The Denver omelet, sometimes called a Southwestern omelet, is a staple on diner menus across the country. It’s a fairly standard omelet with cheese, ham, mushrooms, green peppers, and onions, sometimes served between two slices of bread as a Denver sandwich.

It’s undoubtedly a local staple, but its origins are unknown. Local lore claims it was invented by a pioneer woman trying to hide the taste of rotten eggs, but food historians think it’s more likely that it was created by Chinese immigrants working on the railroad. It likely was a version of egg foo young that these workers could take with them to the railyards.

Another dish popular in Denver is Rocky Mountain Oysters, a dish made mainly of deep-fried bull testicles. Most often found at fairs and festivals, they’re also an unusual part of the stadium fare at Coors Field, where Denver’s professional baseball team plays. Cowboys usually get the credit for creating the dish in the United States.

Denver’s weirdest culinary phenomenon is the Fool’s Gold Sandwich, purportedly a favorite of Elvis Prestley. The sandwich is a loaf of sourdough bread coated in butter, filled with an entire jar of blueberry jam, a full pound of bacon, and an entire jar of peanut butter.

It was originally served at a restaurant called the Mine Company. Today, it’s on the menu of Nick’s Cafe, a restaurant owned by one of the cooks who first served the sandwich to Prestley in the 1970s.

Beer brewing is another important part of the Denver identity. The city hosts the annual Great American Beer Festival, which celebrates craft beer and home brewing. The festival hosts tastings and a competition that awards beers gold, silver, and bronze medals in over 100 categories.

Denver is also home to the largest brewery in the world, the Coors Brewery, and dozens of microbreweries for craft beer. There are a handful of brewery tours offered in the city and enough independent breweries to earn the city the nickname of “The Napa Valley of Beer.”

While the city of Denver might have questionable taste in food, they have plenty of craft brews to wash it all down with. Denver is many things. But above all, it’s a place that focuses on community and culture, both inside and out.

The Legalization of Cannabis

The push to legalize recreational marijuana use in Colorado got its first victory in Denver in 2005. The population passed a city ordinance to make it legal to possess less than an ounce of marijuana for adults over age 21. State law said otherwise, but the city voted again in 2007 to create a review panel that would ensure compliance with the ordinance anyway.

Efforts to decriminalize marijuana statewide continued, and by 2012, the Governor (John Hickenlooper, Denver’s mayor circa 2005) signed an amendment to the state constitution legalizing recreational marijuana. The law went into effect in 2014 and was the first one on the books in the United States.

The Legalization of Psilocybin Mushrooms

Even more recently, Denver has moved to decriminalize another controlled substance: magic mushrooms. In 2019, the city voted to prevent local authorities from spending money or using any resources to prosecute adults using magic mushrooms recreationally.

Like the marijuana legislation before it, this city ordinance contradicts both state and federal laws. However, preventing prosecution essentially makes these laws void in Denver. It’s too soon to know if this city ordinance will lead to more comprehensive legislative changes like it did with recreational cannabis. Still, it’s another perfect example of Denverites’ ability to vote for what they want. 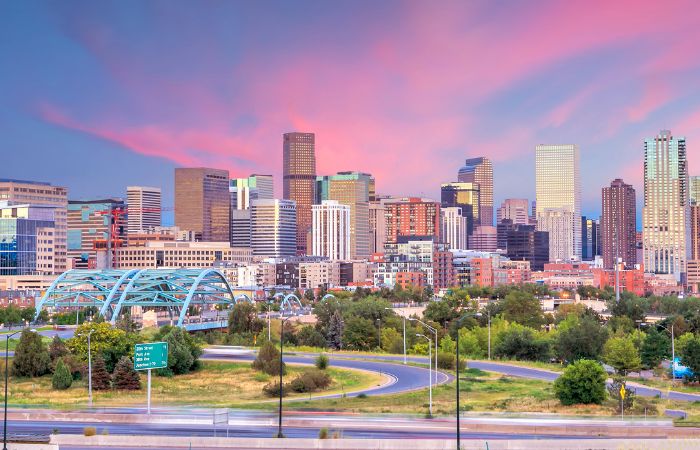 While winter sports, beer, and recreational drug use tend to take center stage in Denver’s reputation, they also have an impressive roster of professional sports teams. They have teams in the national leagues for football, basketball, baseball, hockey, and soccer. It’s one of only ten cities in America to have a professional team in all five major leagues.

The Denver Nuggets basketball team and the Colorado Avalanche hockey team share an arena in Denver. While the Nuggets have yet to win a national title, the Avalanche has taken home two Stanley Cup victories.

The Colorado Rockies play in Coors Stadium in Denver. They’ve also yet to win a national title, but they did bring the World Series to Denver in 2007. Denver’s newest team, the Colorado Rapids soccer team, was established in 1996 and won their first championship in 2010. No matter what sport you prefer, Denver is consistently excellent in its performance in the field.

From a mining settlement at the base of the mountains to a rapidly growing, affluent metropolitan area, Denver has always reached higher and aspired for more. Denver was first known as the Mile High City for its elevation and now for its progressive drug policies, but it has more to offer.

The city worked hard to preserve the natural landscape around it to benefit residents and visitors alike. The city’s natural landscape is just as important to its identity as the buildings inside the city limits. Residents have also chosen to support and preserve art and science in their community.

For more information on travel to Denver Colorado be sure to check out Moon’s travel guide here.