Top 22 Things Wyoming is Known For & FAmous For 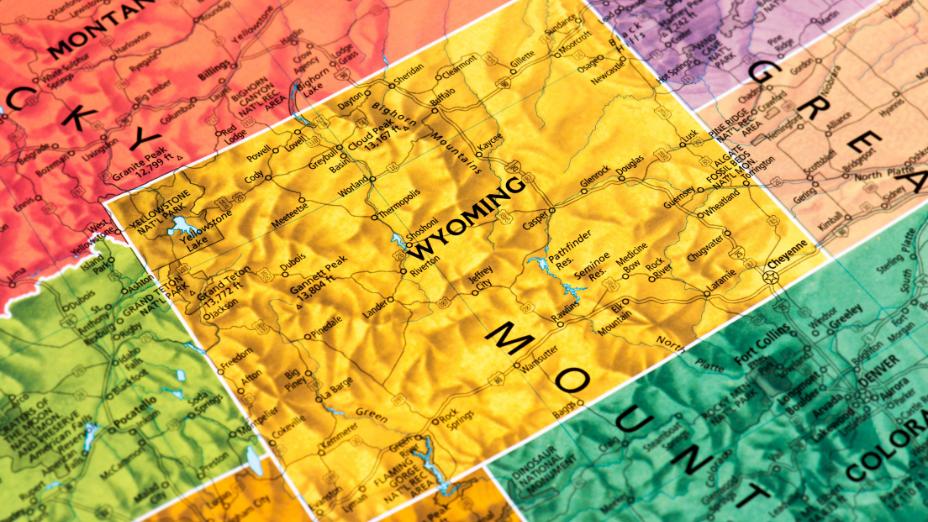 What Is Wyoming Known for & Famous For

Famously referred to as the Equality State, Wyoming is part of the Western United States, with more than 500,000 residents according to the 2020 census. This state is a well-loved tourist destination with over 8 million visitors annually.

Wyoming is known and famous for its stunning natural attractions, such as the infamous Yellowstone National Park and Grand Teton National Park. Aside from that, it is also known for being the first state to grant rights for women to vote, which greatly contributed to gender equality.

If you want to know more about what makes Wyoming popular, keep reading this article as I discuss its natural attractions, why it is called the Equality State, and more.

According to the US Census Bureau, Wyoming is the country’s least populated state despite a 2.3% increase in its population since 2010. It tails behind states such as Alaska, North and South Dakota, and Vermont.

The state continues to have the least number of residents because it is difficult to live in due to its uneven landscape.

Wyoming was previously referred to as the Suffrage State but this was later replaced with the nickname Equality State.

The reason behind this change was that the state made a huge impact on gender equality in 1869 and made history by being the first state to grant rights for women to vote.

Aside from that, Wyoming also carries the motto “Equal Rights,” which perfectly aligns with their nickname.

Yellowstone National Park is the country’s very first national park. It is a popular tourist spot that boasts impressive natural attractions, including the Old Faithful Geyser, the Grand Prismatic Spring, and the Mammoth Hot Springs.

Although three states share the park, most of it is within Wyoming’s borders.

Situated in the southwest area of the park, the Old Faithful Geyser is one of the most visited attractions in Yellowstone National Park. Its name originated from the Washburn–Langford–Doane Expedition back in 1870.

The Old Faithful Geyser is known for its consistent eruptions, occurring about 20 times daily. It can rise as high as 180 feet (55 meters) and last up to 5 minutes.

Recognized as a national park in 1929, the Grand Teton National Park is one of Wyoming’s must-visit natural attractions. It boasts breathtaking mountain views and various wildlife like elk, bison, and bears.

Aside from being a tourist attraction, the Grand Teton National Park also offers plenty of outdoor activities, including camping, boating, hiking, mountaineering, and wildlife viewing. This park is the perfect destination for nature and adventure enthusiasts.

Another place one must check out when visiting Wyoming is the Bighorn National Forest. This 192,000-acre (77,700 hectares) land features immaculate views and a vast area for exploration.

Numerous camping grounds at the Bighorn National Forest offer different fun activities if you wish to spend a night or more to fully experience and explore this popular tourist attraction.

Here are some of the most recommended camping grounds you can stay at:

Home to 19 of the highest peaks in the state, the Wind River Range is a chain of mountain ranges found in western Wyoming, including Fremont Peak, Mount Helen, Mount Warren, and the highest peak of them all, Gannett Peak.

Apart from the glorious mountain views featured in the Wind River Range, there are a lot of fun recreational activities you can enjoy, such as horseback riding, camping, fishing, and mountain climbing.

Situated in Teton Village, Jackson Hole Mountain Resort is a popular recreational resort in Wyoming. This resort is also a top destination for tourists who want to enjoy the outdoors, whether summer or winter.

The Jackson Hole Mountain Resort is a notable hotspot during winter as it features spacious mountain terrains perfect for skiing and snowboarding. And during summer, you can try exciting activities, such as paragliding, wall climbing, fly fishing and more.

Aside from fun activities, this resort also offers a relaxing lodging experience for its visitors with its cozy cabins, hotel rooms, and vacation rentals with scenic mountain views.

Undoubtedly one of Wyoming’s most impressive attractions, the Devil’s Tower, is a massive rock formation that stands at 1,267 feet (386 meters).

There are different theories about how this unique rock formation came to be — one being that it was formed due to magma entering various rock layers, which was later revealed due to erosion.

This remarkable natural attraction is now a top destination among tourists and locals who enjoy rock climbing.

Shared by Wyoming and Utah, the Flaming George is a popular tourist destination that boasts a 91-mile (146 kilometers) reservoir. Most of this lake is within Wyoming and is considered its biggest reservoir.

Its clear waters are surrounded by huge red canyons and vast green forests that offer various recreational opportunities, including fishing. You can catch various types of fish from the lake, such as lake trout, smallmouth bass, and kokanee salmon.

Aside from fishing, you can enjoy other activities at the Flaming Gorge, including boating, camping, hiking, picnicking, and biking.

Wyoming is also well-known for having diverse wildlife. It is home to numerous unique mammals and birds, such as bison, pronghorn antelope, grizzly bears, bald eagles, mountain lions, and many more.

The state’s massive lands allow these animals to live freely and comfortably. Hence they continue to exist and populate.

Here are various spots you should check out to go wildlife watching:

At the Pryor Mountain Wild Horse Range, a range of different colored wild horses, from black, bay, palomino, dun, and buckskin, roam the extensive land. You can find most wild horses in the East Pryor Mountain area.

Tourists and locals are welcome to check out the horses as long as a 100-feet (30 meters) distance is maintained on site to avoid startling or disturbing them.

Some of Wyoming’s treasured gems are its hot springs. It boasts hot springs that are only for viewing, such as the infamous Grand Prismatic Spring located at the Yellowstone National Park.

The reason is that the water of the said hot spring is extremely hot. Hence visitors are required to keep a safe distance from it.

On the bright side, there are tons of hot springs that you can swim and relax in. Here is a list of some of the best hot springs in Wyoming:

Due to climate change, the heat in Wyoming has increased drastically and will continue to do so over time. This change can damage the state’s agriculture industry and potentially harm its residents’ health, properties, and livelihood.

Aside from that, the chances of natural disasters are likely to occur due to possible drought, extreme and unbearable heat, and wildfires.

One city you should not miss when visiting Wyoming is the vibrant Cheyenne, also known as the Magic City of the Plains.

Aside from being the state’s capital city, Cheyenne is also home to various attractions, including historical museums, the Big Boy Steam Engine, and the infamous Cheyenne Frontier Days Rodeo.

This city perfectly encapsulates the essence of the Old West and showcases Wyoming’s rich history and culture.

So if you happen to visit Cheyenne, here are some places that you should check out:

Mining has been and is still one of the most significant industries in Wyoming, alongside agriculture and tourism. The state’s mining industry consists of oil and gas extraction, trona and soda ash, metal, and coal mining.

Since 1986, Wyoming has also been the leading state in coal production in the United States. In line with that, it is no surprise that some of the biggest coal mines in the country are located in Wyoming.

As mentioned above, Wyoming tops the list of states that produce the most amount of coal in the US. Aside from that, the coal mines in Wyoming are known to be very efficient, hence the hefty amount they produce annually.

This includes the largest coal mine in the world, the North Antelope Rochelle Mine, which can be found in Campbell County. Wyoming’s role in coal production is remarkable as it produces about 40 out of the 100 percent in the country.

Here are 10 of the biggest coal mines in the state:

Wyoming is home to vast ranches and farms, so it is no wonder that they have successful agricultural sectors. Beef cattle is one of their most significant agricultural products, along with vegetables, bison, hogs, sheep, and wool.

Also, as stated by the University of Arkansas Division of Agriculture, Wyoming was able to generate 1.5 billion dollars in farm cash receipts in 2020.

Aside from the leading national parks in Wyoming, some of the most visited parks in the state include the Devils Tower, the Bighorn Canyon, and the Fossil Butte.

Rodeo Is the State Sport

Aside from its nickname, the Equality State, Wyoming is also referred to as the Cowboy State, and one of its cities, Cody, is the world’s rodeo capital. With that said, rodeo being their state sport is very fitting.

Wyoming’s yearly summer rodeo event, the Cody Stampede Rodeo, began in 1919 and has become one of the most successful in the United States.

Wyoming is one of the few states that have a state dinosaur, along with California, Arizona, Maryland, Texas, Missouri, New Jersey, Arkansas, and Oklahoma.

It is big on dinosaurs because it is one of the places where many fossils from millions of years ago are found. Wyoming’s state dinosaur is the Triceratops.

The state also has various dinosaur attractions, including the following:

Visiting the places above will allow you to catch a glimpse of the dinosaurs that were believed to have roamed Wyoming.

One of the most prominent retail stores in the United States, JCPenney, was founded by James Cash Penney in April 1902 under its original name, The Golden Rule. The company offers a variety of items from apparel to jewelry to home decor to beauty products.

It was unquestionably one of the most successful stores in the country until the company filed for bankruptcy in 2020, causing a chunk of its branches to shut down and close.

It is currently operated by its new owner, the Simon Property Group and Brookfield Asset Management, and has over 600 stores continuously running in the US and Puerto Rico.

I hope this article has provided more information about Wyoming and why it is popular among tourists, especially nature buffs and outdoor enthusiasts.

And if you are still curious about Equality State, plan your next vacation there and experience it yourself. I can assure you that visiting Wyoming will be worth it!