15+ Cool Things Cincinnati is Known For 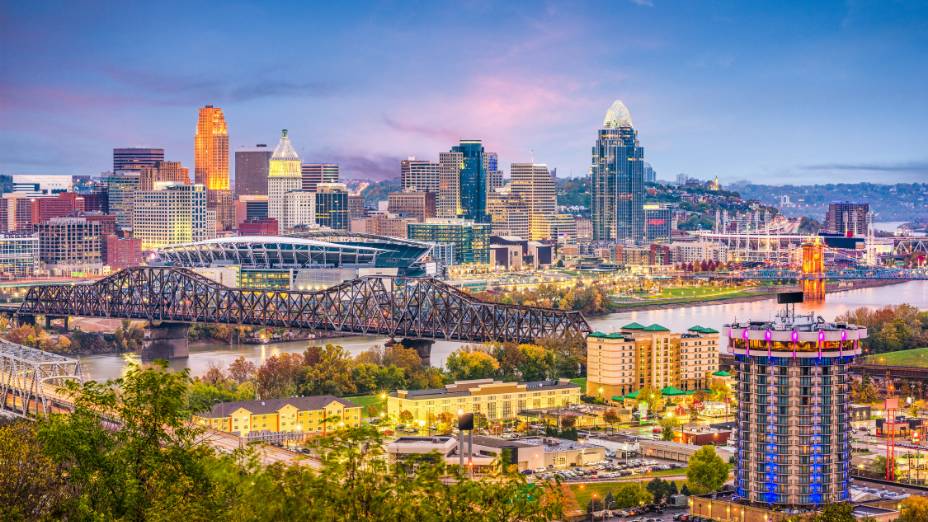 What Is Cincinnati Ohio Known For?

Cincinnati is known for its art culture, sports team, and chili. The city hosts theatre, orchestra, and ballet shows. Cincinnati is also home to the first baseball team in America: the Cincinnati Reds. Locals and tourists also go crazy over the city’s iconic chili, which has greek influences.

Perhaps you are planning a trip or are simply curious. Whatever the case, this article will cover what Cincinnati is known for. We will discuss the city’s history, the main attractions, food and dining, and some unique facts, so let’s get started. 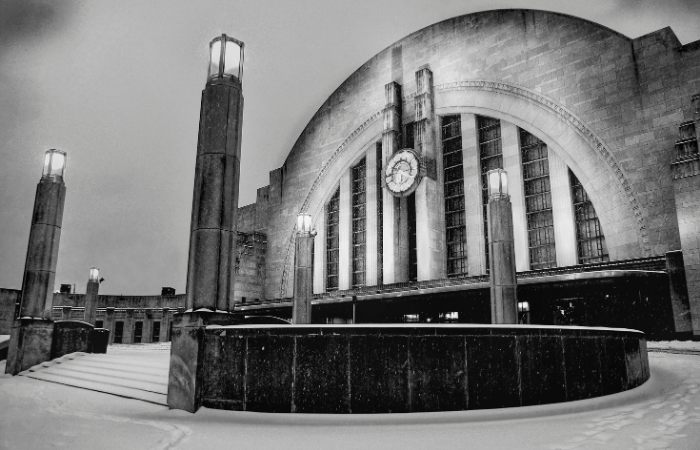 Cincinnati was founded in 1788 by Israel Ludlow, Mathias Denman, and Robert Patterson. The city became a central hub of trade during 1811 when steamboats started to appear on the Ohio River. Cincinnati established ties with New Orleans, Missouri, and St. Louis because of this.

In 1819, the town became a city. Furthermore, the city soon became a center for pork processing. It wasn’t until 1830 that the population skyrocketed to over 24,000. The city experienced another boom of business and opportunities for commercial ties in 1836 when the railroad appeared.

From 1840 to 1850, Cincinnati experienced the biggest population growth yet. Thousands of Irish and German immigrants moved to the city, pushing the population to 115,000.

Learn more about the city’s history in Hidden History of Cincinnati by Jeff Suess here on Amazon.

Cincinnati is a central hub of art, shopping, dining, and sports. There are so many things to do in the city that anybody can find something they love. This section will review what attractions Cincinnati is known for and will briefly explain each industry. Let’s get into it.

One of the main things that residents and tourists alike know Cincinnati for is its art scene.

First of all, Cincinnati is home to the iconic Music Hall. The city recently restored the building and now hosts multiple music events, from classical concerts to modern artists.

The city has several venues for different kinds of entertainment, such as ballet and theatre shows. You can also visit museums and art galleries.

Here are a few of the main art attractions in the city:

As you can see, the city’s art scene is thriving.

If your ideal afternoon incorporates a coffee in your hand and a shopping bag in the other, you won’t be disappointed with Cincinnati.

The growing city has a variety of places to shop at: 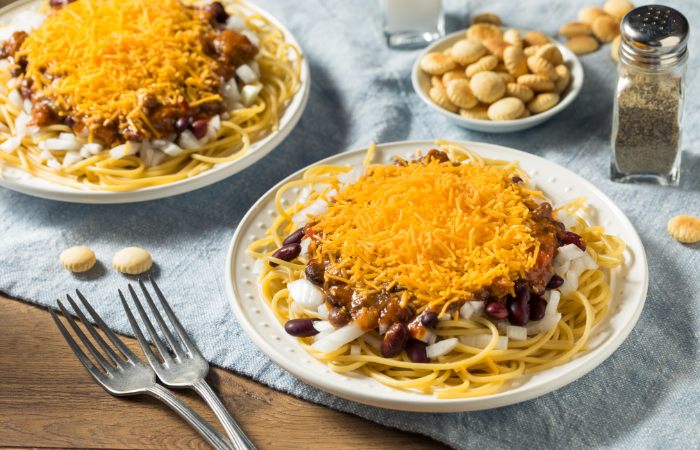 Cincinnati has hundreds of delicious restaurants to try. From Mexican cuisine to Vietnamese food, you will find whatever your heart desires in the modern city.

However, there are a few noteworthy and iconic dishes that Cincinnati is famous for.

Read all about Cincinnati’s tasty history in this book on Amazon here.

One of the biggest defining characteristics of the city is its sports scene.

The team started as part of the National League. In 1881, the team became a member of the American Association and changed their name to the Cincinnati Reds.

Not only does Cincinnati have a big baseball fanbase, but there are also several sports activities you can take part in. You can play tennis, hockey, baseball, football, and other sports in the city. There are several sports arenas at universities and recreational centers. 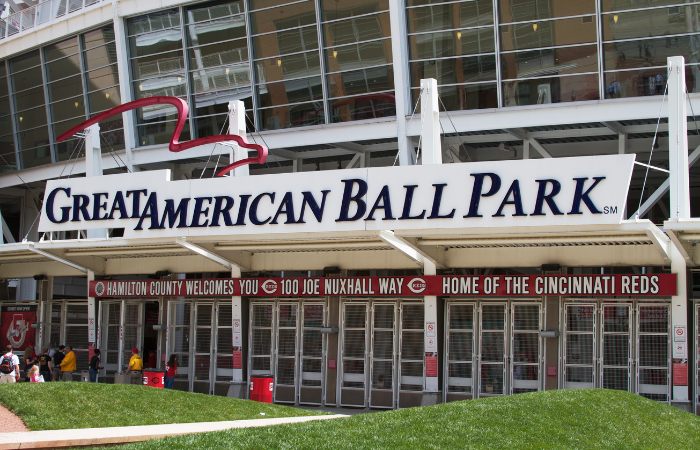 There are many different attractions that people know Cincinnati for. Let’s take a look at the main spots.

Cincinnati Zoo is the sixth oldest zoo in America. The zoo opened in 1873 and is now a National Historic Landmark. Cincinnati Zoo has over 500 animal species. Furthermore, they have run multiple breeding programs and are the first zoo that successfully bred California sea lions.

Fountain Square is one of the central hubs that tourists and locals alike love to mingle at. The area is home to many different businesses, including restaurants, hotels, shops, and offices. People know Fountain Square as the hub and center of the city where all kinds of people come together.

One of Cincinnati’s top tourist spots, Coney Island, is a water park located near the Ohio River. The park is also near Belterra Park and the Riverbend Music Center, making the area a top spot for tourist crowds. The waterpark features several waterslides, a funhouse, and a wave pool that will make for a fun afternoon.

Cincinnati City Hall is a top place to visit because of its Richardsonian Romanesque architecture. The hall was built in 1839 and is on the list of the National Register of Historic Places. One of the most iconic features of the hall is the nine-story clock tower. The rest of the building is four and a half stories tall. If desired, anyone can schedule a tour of the City Hall.

One of the most visited buildings in Cincinnati is the National Underground Railroad Freedom Center. This museum is located downtown and is part of the museum group called “museums of conscience.”

The building’s main goal is to pay tribute to the attempts and efforts that abolished human enslavement. The museum not only displays artifacts but also challenges people to consider their perspectives.

Cincinnati, Ohio, is a significant location regarding the role it has played in the Underground Railroad. Thousands of slaves from the southern slave states escaped by traveling across the Ohio River and into Cincinnati.

The American Classical Music Hall of Fame is a memorial building that pays tribute to past and present people who have contributed to classical music.

Mostly, Cincinnati locals will have the chance to view the exhibits since the museum is not open to the public. The exhibits are on display at some private events in conjunction with the School for Creative and Performing Arts. Some exhibits are also available online as virtual experiences. 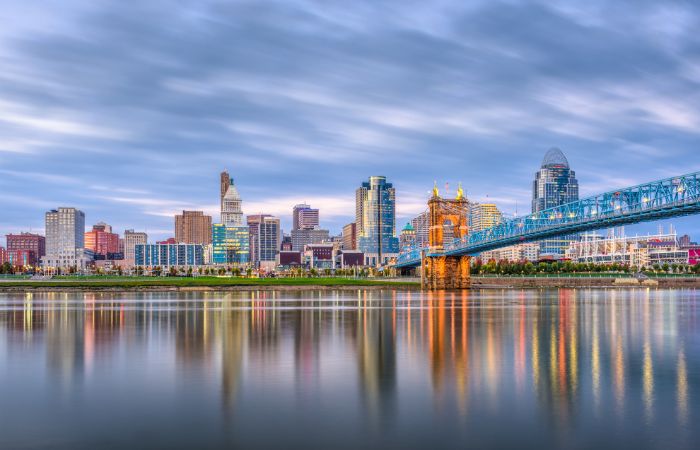 Unique Facts About the City

Cincinnati is a unique city that thousands of people visit every year. Not only does it have great art, shopping, and dining, but there are a few interesting facts about the city that many do not know.

Steven Spielberg Was Born in Cincinnati

Steven Spielberg, the famous Hollywood film director, was born in Cincinnati in 1946. Before he moved to Phoenix, he spent a few years in Ohio. While the director did not spend many years in the city, it is still a unique fact that many Cincinnati natives are proud of.

You can get Steven Spielberg’s full biography here.

Other noteworthy people born in the city include Neil Armstrong, George Clooney, and Jerry Springer. 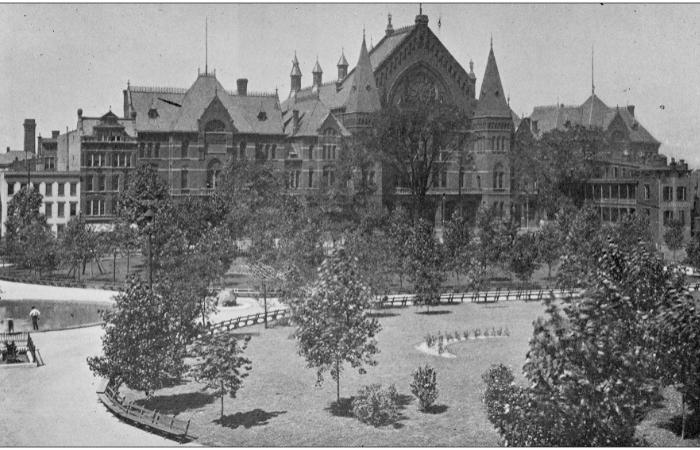 While the city has a famous art scene, it is also well-known by multiple paranormal experts because of the music hall.

Many mediums and experts believe that the Cincinnati Music Hall is haunted. The popular television series Ghost Hunters even featured the hall. The next time you visit the unique city, take a ghost tour through the music hall. 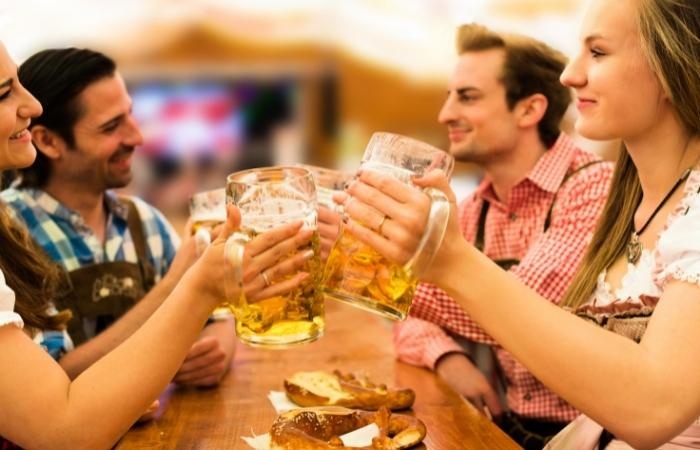 The event is the biggest of its kind throughout America. You can find the fun in downtown Cincinnati between Walnut and Elm streets every year in September.

Chili Is a Big Part of Cincinnati’s Culture

One of the main things that people know Cincinnati for is the chili culture. (Yes, you read that right.)

Ever since 1949, chili has been a major staple in the city’s cuisine. There are 180 chili restaurants and counting in the city. The major chili restaurant chain, Skyline Chili, features a wide variety of chili dishes, from chili fries to chili spaghetti. The chain is famous for its thin and sweet chili recipes that include unique ingredients such as cinnamon and chocolate. 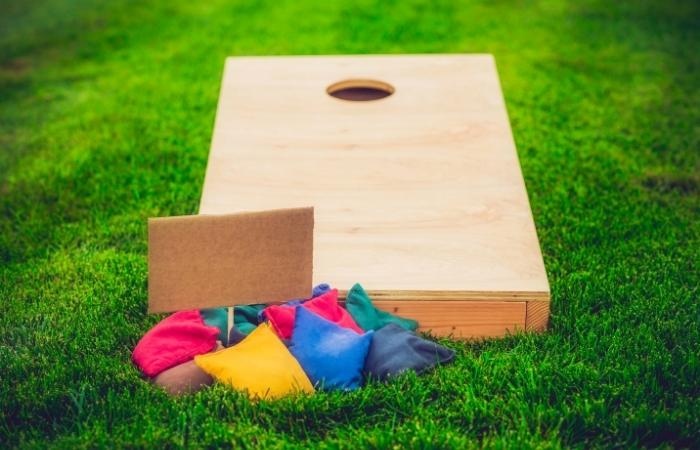 Cincinnati Is the Unofficial Capital of Cornhole

Cornhole is a game that involves a wooden board and bean bags. The other well-known name for the game is bean bag toss.

While many other parts of the world only play the game during county fairs and festivals, Cincinnati residents play it all year round. Simply take a drive through the city; you are likely to see friends playing the game with a beer in their hands. The game will always appear at birthday parties and family reunions.

You can get your own personalized cornhole sets on Zazzle here!

The City Is Also Called “The Queen City”

While some people won’t recognize the city’s real name, others will know it by its popular nickname: “The Queen City” or “The Queen of the West.”

For forty years following 1819, the year that Cincinnati became a city, the city experienced substantial growth as an economical and creative hub. Not only did the city gain new commercial ties and art showcases, thousands of people settled in the growing city. Due to Cincinnati’s fast-paced growth, people started to call it “The Queen City.” 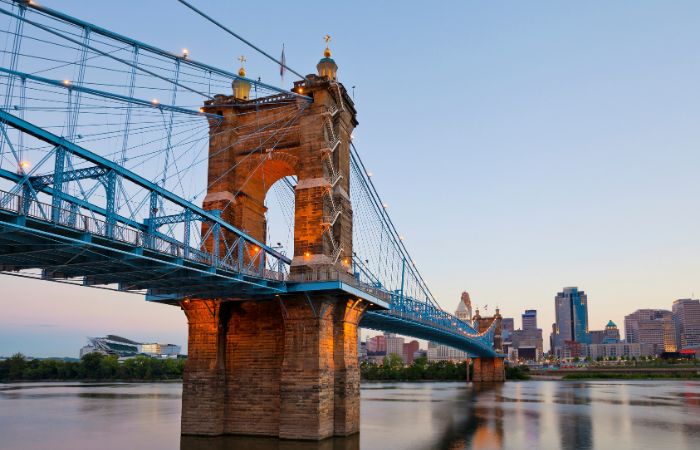 There are several fascinating things that Cincinnati is known for.

First of all, the city is home to the oldest baseball team in America: the Cincinnati Reds. The city also has a prominent art scene, featuring museums, art exhibits, theatre, orchestra, and ballet shows.

When it comes to the food culture, chili plays a big role. There are over 180 chili restaurants; you cannot spend more than a few days in the city without trying the chili.

If you want to take a trip to Cincinnati, check out Walking Cincinnati by Danny Korman and Katie Meyer.

And be sure to check out Hotels.com here for the best deals on accommodation (use code REBATES21 for up to a $100 cash rebate on bookings!)